Due to the criteria for financing not being met by producers, Benaroya Pictures has formally decided to discontinue financing the motion picture titled Idol’s Eye. The company cannot continue to put its investment at risk and has been forced to stop cash flowing [to] the production.

This is something all of us wanted to avoid, but due to the producers missing a number of financing criteria deadlines that were mutually established by all parties, we were left with no other options. Benaroya Pictures plans to retain the rights of the film and move forward with production on the picture after we generate a revised script and assemble a new filmmaking team.

The statement by Benaroya Pictures doesn’t specify which producers missed “a number of financing criteria deadlines.” According to Variety, Idol’s Eye was being “developed and produced” by Charles Gillibert, who had recently worked with Olivier Assayas on the Cannes Film Festival entry Clouds of Sils Maria, starring Juliette Binoche, Chloë Grace Moretz, and Robert Pattinson’s Twilight Saga co-star Kristen Stewart.

Besides Gillibert’s CG Cinéma and Benaroya Pictures, others involved in the production of Idol’s Eye were reportedly Bluegrass Films’ Scott Stuber, Film 360’s Scott Lambert, and Alexandra Milchan. Production on the film had been initially slated to commence last October in Toronto and Chicago; following delays, filming – as per Variety – was just about to start in Toronto.

In the coming days, International Film Trust, a sales company co-founded by Benaroya, was to have attempted to sell international rights to Idol’s Eye at the American Film Market in Santa Monica, California.

As an aside, it’s unclear why Benaroya Pictures wants to revise the Idol’s Eye screenplay before assembling “a new filmmaking team.” Larry Richman has been tweeting about the Idol’s Eye debacle, mixing speculation (about what may have happened) with facts about film production.

As found on the IMDb, besides Robert De Niro, Robert Pattinson, and Rachel Weisz, Idol’s Eye was to have featured the following: 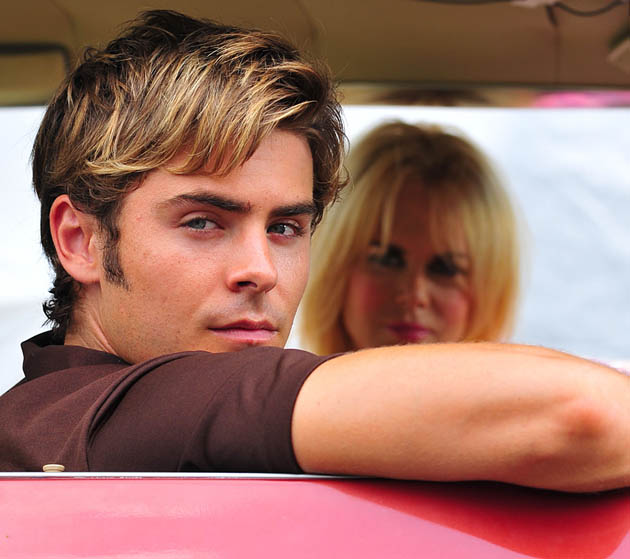 ‘The Paperboy’ with Zac Efron and Nicole Kidman.

Robert Pattinson was to have played John Mendell, a master “wire man” – or a thief able to deactivate the most intricate burglar alarms. He is the leader of the gang that, in an attempt to steal the legendary diamond Idol’s Eye, robs the upscale pawnshop belonging to jeweler and pawnbroker Harry Levinson. They can’t find the diamond, but manage to take with them other pieces of jewelry.

However, Levinson is on good terms with Chicago king mobster Tony Accardo (the Robert De Niro character). Therefore, Accardo gets his men to recover the stolen jewelry.

Undaunted, while Accardo is on vacation in California, Mendell and his gang raid Accardo’s home, trying to re-steal the retrieved jewels. When Accardo returns to Chicago, he isn’t happy. He expresses his unhappiness by having the thieves and potential witnesses brutally murdered.

In real life, proving that crime does very much pay if you’re powerful enough, Accardo was never sent to prison for the murders he ordered. He died at age 86 in 1992.

I should add that Harry Levinson would eventually be found murdered, after suffering multiple stab wounds, at his Chicago home in 1991. He was 94. A man named Michael Gonzalez, already in prison for other crimes, would be convicted of Levinson’s murder two decades later.

De Niro will play Accardo, who ruled Chicago’s mob for five decades. Despite the fact that he’s hardly a household name, I would argue that Accardo was America’s most important organized crime figure in the twentieth century. He not only influenced politics in the Windy City but also corrupted wide swaths of the union movement (e.g. Teamsters and Laborers), and probably did more to build the Las Vegas Strip (mostly with Teamster pension funds) than anyone else. He features prominently in my play, Assassination Theater.

By the time of the burglary, he had become practically an establishment figure in Chicago – unusually accessible to the neighbors in his wealthy suburb, courtly to the power elite, with whom he occasionally rubbed shoulders, but still bone-chillingly ruthless with anyone who crossed his path in the criminal world – as Mendell eventually found out. It will be fascinating to see De Niro’s approach to the part. One funny note: the dispute between Accardo and Mendell centers on the burglary of a high-end pawn shop. Somehow, in the mix of accents at Cannes, “pawn” got turned into “porn.” I hope the reality here does not disappoint. 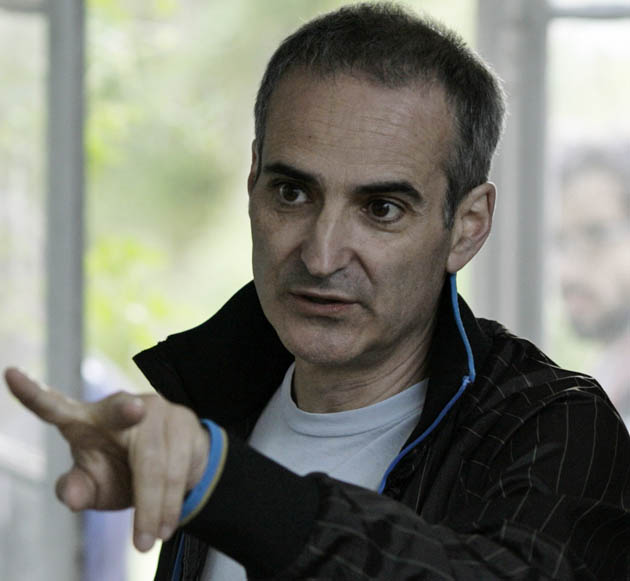 Olivier Assayas gone from the project

Unfortunately, at least for the time being the “perfect filmmaker” is no longer attached to project.

Olivier Assayas himself said Idol’s Eye would be made along the lines of Carlos, the tale of Carlos the Jackal (played by Edgar Ramírez) and one of the best-received productions of the early 21st century.

Story in short: John Mendell and his gang members tried to steal Idol’s Eye from Levinson. They didn’t have enough time to get the diamond but they stole the other Jewels. Levinson knew Accardo who made sure that the jewels were stolen back from Mendell. While Accardo was on holidays during Christmas, Mendell went to his house and stole the Jewels again. Accardo got so mad that all the thieves were killed in a horrible way, plus those who could’ve betrayed him. The FBI had a tough job to find out what was happening.
Robert Pattinson was gonna play Mendell, Di Niro would play Tony Accardo.

It’s very sad that an interesting project like this is cancelled so out of the blue when everybody was there, ready to start. Indie films are struggling so hard these days although many of them are a much better watch than the superficial studio films. Even big names aren’t a garantee for success anymore. Sad.