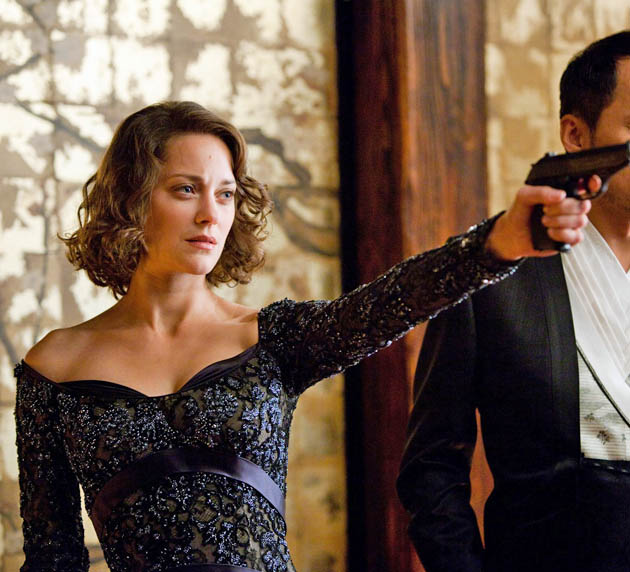 Inception negative reviews: Not every critic is a fan of Christopher Nolan’s action sci-fier

Christopher Nolan’s sci-fi/thriller Inception opens Friday. Initially hailed as a masterpiece, Inception has now received several negative reviews that have lowered its Rottentomatoes.com score down from near 100 percent to 83 percent. Among RT’s top critics, the score is even lower: 74 percent.

Below are a few recent review snippets:

The trouble with Nolan’s film is that it pulls so many tricks and double bluffs that it is often hard to get your bearings. And so, like the movie’s characters, we are left to blunder blindly down the rabbit hole, labouring to tell the ceiling from the floor and wondering desperately, in the words of one protagonist, “just whose subconscious we’re in now, exactly”. Happily, in the case of Inception, getting lost is half the fun. Xan Brooks in The Guardian.

Welcome to the world of “Inception,” written and directed by the masterful Christopher Nolan, a tremendously exciting science-fiction thriller that’s as disturbing as it sounds. This is a popular entertainment with a knockout punch so intense and unnerving it’ll have you worrying if it’s safe to close your eyes at night. Kenneth Turan in the Los Angeles Times.

It is more like a diverting reverie than a primal nightmare, something to be mused over rather than analyzed, something you may forget as soon as it’s over. Which is to say that the time — nearly two and a half hours — passes quickly and for the most part pleasantly, and that you see some things that are pretty amazing, and amazingly pretty … A. O. Scott, the New York Times.

The ambitious, phantasmagorical thriller from writer-director Christopher Nolan … proves more engaging to the mind and eyes than to the heart. There’s no real emotional payoff and, call me old-fashioned, but that’s what I’m looking for in a movie. Leah Rozen in TheWrap.

Oh, well. “Inception” may not be the ultimate trip, nor even the first “Matrix.” But Nolan’s filmmaking intelligence places him among our most persuasive contemporary fantasists. Michael Phillips, Chicago Tribune.

Pundits have been predicting somewhere between $65-$70 million, which is not bad at all for an action thriller a) aimed at adults b) that is not a sequel c) not featuring some comic book hero or other.

Anyhow, Inception better make at least that much, as its budget reportedly hovered around $200 million. Just don’t expect any The Dark Knight records to be broken.