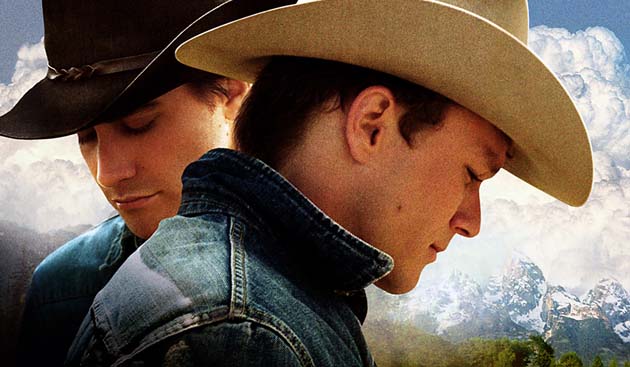 Independent gay cowboys – i.e., gay cowboys riding on a relatively low budget and without the support of the Hollywood majors – were the big winners at the 2006 Independent Film Spirit Awards.

So, how tall did the same-sex-loving cowpokes stand in the saddle?

See further below the full list of the 2006 Independent Film Spirit Awards’ winners and nominees.

From independent gay cowboys to flamboyant gay writer: Curiously, Heath Ledger lost out the Best Actor Independent Film Spirit Award to Philip Seymour Hoffman, who plays another troubled 1960s gay character, though one who, cowboy hat or no, could never pass for Gary Cooper or Randolph Scott: author and sometime screenwriter Truman Capote (Beat the Devil, The Innocents), the flamboyant antihero in Bennett Miller’s real-life-inspired drama Capote, about the “making of” the classic nonfiction book In Cold Blood.

Additionally, Capote earned actor-turned-screenwriter Dan Futterman (he plays Robin Williams and Nathan Lane’s son in The Birdcage) the Best Screenplay award. Not among the losers: Brokeback Mountain’s Larry McMurtry and Diana Ossana, who failed to be shortlisted in that particular category.

Continuing with the 2006 Independent Film Spirit Awards’ non-heterosexual preferences – and here we are talking about preferences – Desperate Housewives star Felicity Huffman was selected as the year’s Best Actress in a U.S.-made indie for her portrayal of a pre-op (male-to-female) transsexual who becomes acquainted with her long-lost gay porn-star-to-be son (Kevin Zegers) in Duncan Tucker’s road movie Transamerica – which also earned the writer-director the Best First Screenplay award.

Paul Haggis’ Los Angeles-based, race-obsessed drama Crash, which has been overhyped as a potential upset winner at this year’s Academy Awards ceremony, won every single Independent Film Spirit Award for which it had been nominated.*

That makes it a total of two wins: Best First Film and Best Supporting Actor for Matt Dillon, who plays a racist L.A. cop with a past that – sort of like, maybe, who can tell, why the hell not – explains his demented bigotry.

The recent hype surrounding Crash surely didn’t hurt the film’s chances to take home these two trophies. After all, one should take into account the fact that – just a few weeks ago – Independent Film Spirit Award committee members didn’t deem Crash worthy of a Best Film, Best Director, or Best Screenplay nomination.

A couple of other notable Independent Film Spirit Award winners:

* Update: As it turned out, the Crash overhype wasn’t exactly “overhype” after all. To just about everyone’s surprise, Paul Haggis’ drama – not Brokeback Mountain – was the year’s Best Picture Academy Award winner.

From independent gay cowboys to pre-op transgender travelers: See below the list of this year’s Independent Film Spirit Award winners and nominees.

Transamerica with Kevin Zegers and Felicity Huffman. Among the gay (or part-gay) characters found at this year’s Independent Film Spirit Awards were the cowboys of Brokeback Mountain, the author/researcher of Capote, and the young blond-to-be porn-star-in-the-making of Transamerica, who travels from New York City to Los Angeles (for the most part) accompanied by his long-lost father, a pre-op transgender woman. Kevin Zegers plays the enterprising young man; Felicity Huffman is his concerned but understanding parent. Transmerica won two trophies: Best Actress (Huffman) and Best First Screenplay (for writer-director Duncan Tucker). 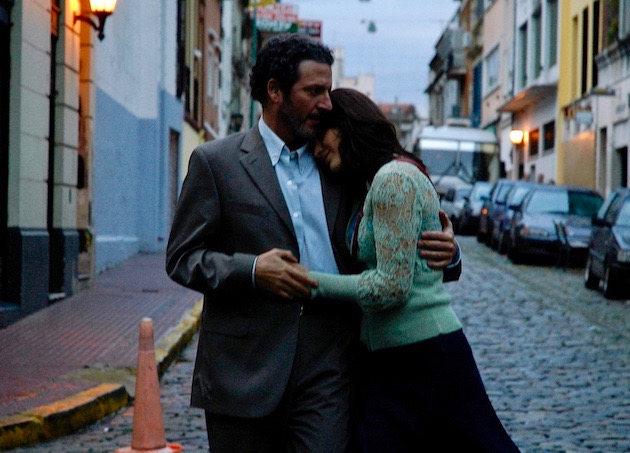 Heartlift with Pep Munné and Mariana Anghileri. The Best Film winner at this year’s Miami Film Festival, Eliseo Subiela’s Heartlift centers on a romantic triangle: a married plastic surgeon (Pep Munné), his distraught wife (María Barranco), and his youthful new assistant/romantic interest (Mariana Anghileri). One of Argentina’s foremost filmmakers of the late 20th century, Eliseo Subiela also directed the unusual Man Facing Southeast and the perplexing The Dark Side of the Heart.

From the Spirit Awards’ independent gay cowboys to the winners at three U.S.-based movie festivals: Miami, SXSW, and Tiburon, California.

Miami’s Best Film winner was Santiago Tabernero’s Life in Color / Vida y color, which takes place in a Spanish village in the mid-1970s, during the last months of General Francisco Franco’s life. Junio Valverde (The Devil’s Backone) plays a 13-year-old who, much like the country where he lives, undergoes dramatic and lasting changes. Also in the cast: Silvia Abascal, Joan Dalmau, Nadia de Santiago, Miguel Ángel Silvestre, Ana Wagener, and Carmen Machi.

At Northern California’s Tiburon Film Festival, held between March 9–17, the Best Film winner was Li Shaohong’s Chinese drama Stolen Life, the tale of a young woman (Xun Zhou) whose new life in the big city turns sour after she meets a sweet-talking delivery guy (Wu Jun). Last year, Stolen Life, which may or may not have run into trouble with Chinese authorities, received top honors at the Tribeca Film Festival.

Tiburon’s Best Documentary was Wayne Coles-Janess’ Australian-Iraqi co-production In the Shadow of the Palms - Iraq, which, according to the festival’s website, is “the only documentary filmed in Iraq prior to, during and after ‘liberation.’”

See below a partial list of winners at the Miami, SXSW, and Tiburon festivals.

Orson Welles Award: Jeff Morris, You Did What? (USA).

‘Travelin’ Thru’ + ‘Nobody Jesus But You’: Eclectic Best Song Oscar List