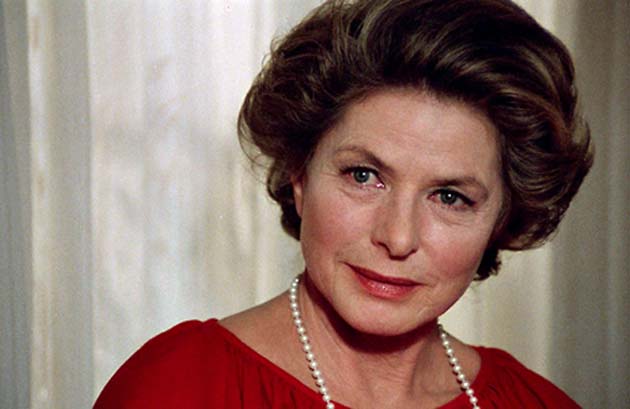 TCM’s “Summer Under the Stars” film series continues with twelve Bergman movies, including more “esoteric” entries such as the aforementioned Autumn Sonata – actually one of director Bergman’s most accessible efforts – and Roberto Rossellini’s psychological drama Europa ’51.

The other scheduled Bergman vehicles, with the possible exceptions of Rossellini’s Stromboli and Guy Green’s A Walk in the Spring Rain, have been shown a number of times on TCM.

Among those are Intermezzo, which introduced the Swedish actress to American audiences in 1939; Casablanca, which won the 1943 Best Picture Oscar and turned Bergman into a superstar; and George Cukor’s 1944 psychological thriller Gaslight, which earned Bergman the first of her two Best Actress Oscars. (The second one was for the 1956 drama Anastasia.)

I can’t say I’m a big fan of Bergman’s work in Gaslight (right, with Angela Lansbury and Charles Boyer) – personally, I think the Oscar that year should have gone to non-nominee Tallulah Bankhead for Lifeboat – but she’s even less effective as the tempestuous antiheroine in Saratoga Trunk and as a vulgar sex worker in Dr. Jekyll and Mr. Hyde.

In Notorious, Bergman and Cary Grant share a long kiss interrupted (so as to placate the puritanical censors at the Breen’s Office), but this Alfred Hitchcock thriller belongs to Nazi Claude Rains and Madame Konstantin as his borderline-incestuous mommy.

Curiously, Liv Ullmann failed to be shortlisted for the 1978 Best Actress Oscar. Ingrid Bergman’s competitors were Jill Clayburgh for An Unmarried Woman, Geraldine Page for Interiors, Ellen Burstyn for Same Time Next Year, and the eventual winner, Jane Fonda for Coming Home.

9:15 AM A Walk in the Spring Rain (1970)
When her husband moves them to a small farming town, a woman falls in love with a married neighbor. Cast: Anthony Quinn, Ingmar Bergman, Fritz Weaver. Director: Robert B. Sinclair. Color. 98 min.

11:00 AM Dr. Jekyll And Mr. Hyde (1941)
A scientist’s investigations into the nature of good and evil turn him into a murderous monster. Cast: Spencer Tracy, Ingrid Bergman, Lana Turner. Director: Victor Fleming. Black and white. 113 min.