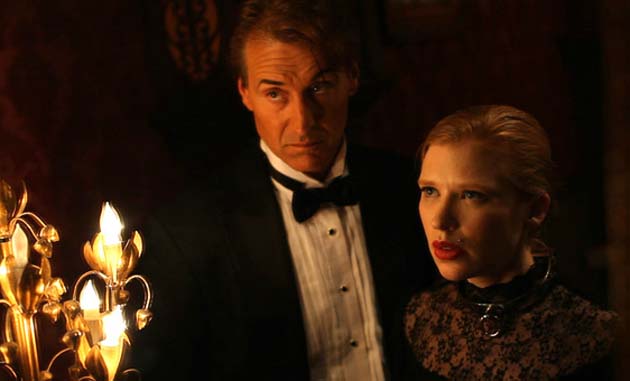 The 8th annual CineKink NYC, a “specially-curated program of films and videos that celebrate and explore a wide diversity of sexuality,” will take place March 1-6. In addition to film presentations, CineKink NYC 2011 will feature a short film competition, panel discussions, audience choice awards, a fund-raising kick-off gala, and an “afterglow party.”

The mini-festival kicks off at 8 p.m. on Tuesday, March 1, with a fundraising party at Taj Lounge (48 W. 21st St.), described as “a pansexual celebration” featuring movies, music, and “sexy performances.”

On Wed., March 2, the festival moves to the Anthology Film Archives at 32 Second Avenue, where several film and video programs are scheduled daily until March 5. Among these are:

Below is a full list of the scheduled films.

WEDNESDAY
Among the headliners, first up on Wednesday, March 2 at 7:00 PM, is the festival’s CineKink Season Opener screening of KINK CRUSADERS, a documentary look at the International Mr. Leather contest, an annual event that draws thousands of men from around the world to compete for a title and a sash. Then, at 9:15 PM, SEXUAL RADAR posits the comedic possibilities of a misanthropic detective suddenly able to “hear” the sexual fantasies and musings of those around him.

THURSDAY
On Thursday, March 3 at 7:00 PM, it’s CRAVE, a colorful collection of shorts that look longingly at a wide range of desires and fixations. Then, at 9:00 PM, AN OPEN INVITATION: A REAL SWINGERS PARTY IN SAN FRANCISCO follows a happily-married couple as their rather staid relationship is elevated and erotically-charged by a chance introduction to the swing lifestyle – all culminating in their appearance at a “real life” sex party extravaganza.

FRIDAY
On Friday, March 4 at 6:45 PM, the shorts program ADVENTURES IN THE SKIN TRADE looks at various nuances when sex, work and money intersect. At 9:00 PM, LUST, LOVE, LIFE is a sexy collection of shorts that celebrate those all-crucial four-letter words. And in CAGED, at 10:40 PM, a woman admits to her true sexual desires after years of marriage – and finds herself forced to fight for both her freedom and her life.

At 3:15 PM a panel discussion, PORN AGAIN, moves beyond polarizing debate to consider porn-making that is grounded in pleasure and ethics. At 5:30 PM a special industry showcase, BRING IT!, features a dazzling array of talent from today’s adult cinema, each representing a wide range of genres and visual styles, all stepping up with a hot sampling of their recent creative endeavors. At 8:00 PM, PRIDE & PREDILECTIONS is a fun and festive assortment of shorts about sexual orientation, identity and one’s place in the world. And, closing out the festival’s regular screening schedule at 10:10 PM, INDIETRO unravels the late-night visit of Honey and Nick – two suburban “vanillas” – to the mysterious and sprawling home of George and Martha, the king and queen of kink, and their “maid,” Camille.

SUNDAY
CineKink NYC concludes the evening of Sunday, March 6 at 6 PM, with an Awards Celebration, including encore screenings of jury-selected best shorts from the week and presentation of the annual festival awards, to be followed at 9:00 PM by the CineKink Afterglow Party, one last chance to mingle with like-minded festival-goers and enjoy a few additional screenings, this time in a relaxed play party setting. The locations for both events will be announced at a later date.

Screening details are from the CineKink press release. Many of the screenings are for adults only. For more information and advance tickets, visit the CineKink website.