The Guard‘s star, Brendan Gleeson, lost the Best Actor Award to Shame‘s Michael Fassbender, who, in the United States, was recently bypassed by both the Screen Actors Guild Awards and the Academy Awards. In the New York-set, mostly British-made Shame, the German-Irish Fassbender plays a man deeply troubled by a very, very high sex drive.

Albert Nobbs, which was also up for Best Irish Film (Close was one of the film’s producers) and Best Screenplay (Close was one of the two screenwriters), won only two other awards: Best Original Score (Brian Byrne) and Best Make-Up and Hair (Lorraine Glynn and Lynn Johnson). For obvious reasons, Close was not up for Best (Irish) Actress. (Unfortunately, the Irish Film Awards are unlike, say, the Spanish Academy’s Goyas, which currently allows non-Spaniards to compete in regular categories.)

Best Director of Photography
Seamus Deasy, Neverland
Suzie Lavelle, The Other Side of Sleep
* Seamus McGarvey, We Need to Talk About Kevin
Robbie Ryan, Wuthering Heights

The Girl with the Dragon Tattoo 2011 trailer, with Daniel Craig and Rooney Mara. The U.S. remake of Niels Arden Oplev’s Swedish-made international blockbuster has far outperformed the original in the North American market; nonetheless, the David Fincher-directed thriller is an undeniable commercial disappointment in relation to its reported $90 million price tag (not including marketing and distribution expenses).

Additionally, the already-deceased trio of Robert Boyle (North by Northwest, Fiddler on the Roof, Private Benjamin), William S. Darling (In Old Chicago, The Song of Bernadette, Anna and the King of Siam), and Alfred Junge (Piccadilly, Black Narcissus, King Solomon’s Mines) were this year’s Hall of Fame inductees.

The ADG release adds that “ADG awards recognition always goes to the Production Designer, Art Director, Assistant Art Director and their team of each nominated and winning project.” 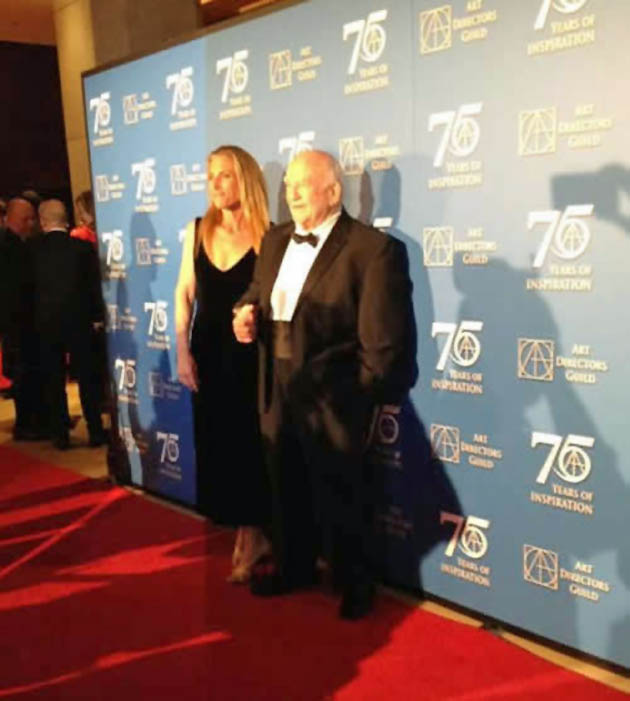 Veteran television and film actor Edward Asner was one of the presenters at the 2012 Art Directors Guild Awards held last Saturday, Feb. 5, at the International Ballroom of the Beverly Hilton Hotel in Beverly Hills.

Additionally, Ben Vereen (All That Jazz) performed as a “special musical guest.” 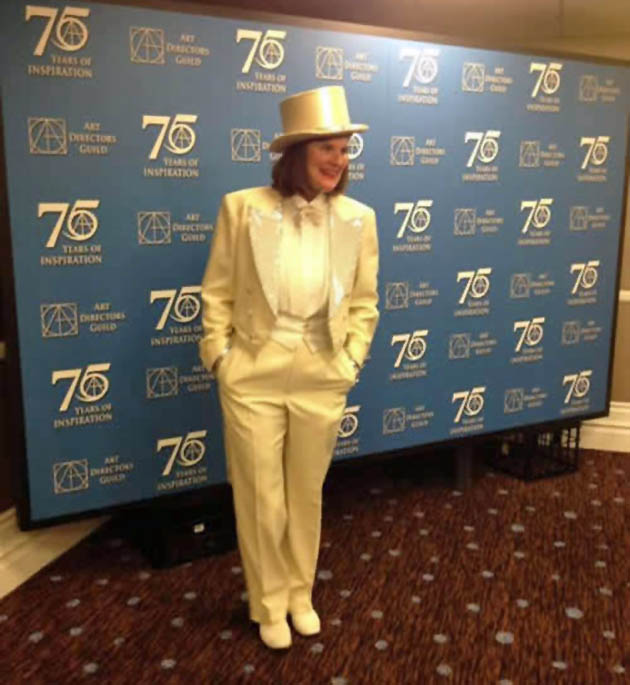 Winner of seven Emmys and five Golden Globes, Edward Asner (not infrequently billed as Edward Asner) will be turning 83 next Nov. 15. Although best known for his television work in Mary Tyler Moore and one of its spin-offs, Lou Grant, Asner has also been featured in supporting roles in about 70 movies. Among them:

Among the other winners at the 2012 Art Directors Guild Awards were:

Tony Walton’s film credits include Petulia, The Boy Friend, Murder on the Orient Express, Prince of the City, Heartburn, and The Glass Menagerie.

Episode of a Half Hour Single-Camera Television Series

Episode of a Multi-Camera, Variety, or Unscripted Series

DANCING WITH THE STARS
Episode: Round One Production Designer: James Yarnell

At a ceremony held Saturday, Feb. 4, at the Berlin headquarters of Hörzu‘s publishing house Axel Springer, this year’s winners in the international movie categories were Scarlett Johansson and Denzel Washington, while Morgan Freeman received a Lifetime Achievement trophy. A couple of weeks ago, Freeman received a similar honor – the Cecil B. DeMille Award – from the Hollywood Foreign Press Association.

Now, not that the U.S. media would know or care about this little detail, but, gasp, there were non-American Golden Camera winners as well. One of those, another Lifetime Achievement Award recipient, was the Swiss-born veteran Mario Adorf, 81, whose film career spans more than five decades. Actress Hannelore Elsner introduced Adorf, her co-star in several motion pictures and in the recent TV movie The Last Patriarch (2010), as “a dear friend for many years,” calling him “the grandmaster of German actors.”

Liv Lisa Fries, 21, was the recipient of the Lilli Palmer and Curd Jürgens Award – which comes with 20,000 euros – given to newcomers. Among Fries’ credits are the television movie Father Mother Murder, and the big-screen features Closer Than Blood and Romeos.

An estimated 5.23 million people watched this year’s Golden Camera Awards ceremony, which also featured Til Schweiger, Armin Mueller-Stahl, and Miss Piggy. That represented about 800,000 more viewers than last year, but 400,000 less than the audience for the competition show “Germany Looks for a Superstar.”

Congratulations to Fassbender for a wonderful performance. Good-luck with the BAFTAS tomorrow. I guess only the Irish and British film industries are brave enough to nominate an actor who plays a sex-addict. It apparently would be too much for the Disney/ABC channel to have to show an Oscar nominated clip of a sex-addict. It would traumatize the poor U.S. children who watch violent movies and play violent video games.