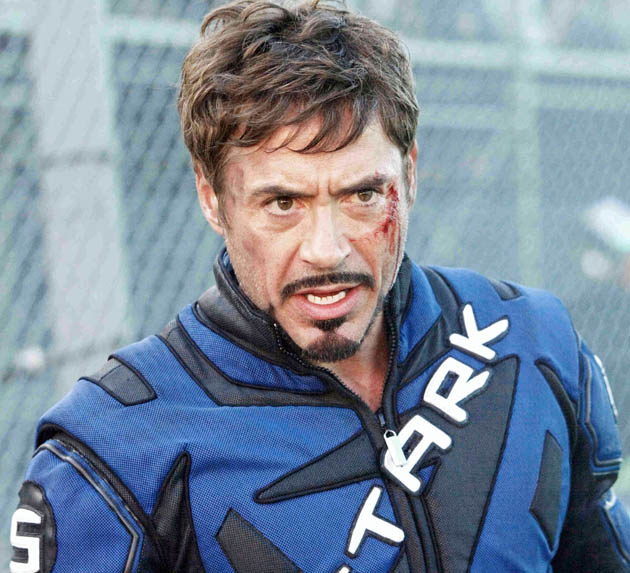 Reviews for the blockbuster-to-be Iron Man 2 have mostly ranged from lukewarm to downright negative. The original Iron Man has become the Tin Man, to paraphrase The Hollywood Reporter‘s reviewer. See below snippets from several Iron Man 2 reviews. (Rotten Tomatoes’ current 82 percent approval rating is deceiving because it doesn’t include their top critics. There’ll be lots of rotten tomatoes thrown at Iron Man 2 very shortly, once critics from major print and online publications start posting their reviews on the site.)

“Well, that didn’t take long. Everything fun and terrific about Iron Man, a mere two years ago, has vanished with its sequel. In its place, Iron Man 2 has substituted noise, confusion, multiple villains, irrelevant stunts and misguided story lines. A film series that started out with critical and commercial success will have to settle for only the latter with this sequel. Robert Downey Jr.’s return as Tony Stark/Iron Man will assure that.” Kirk Honeycutt in The Hollywood Reporter.

“Maybe it’s the fact that two of cinema’s most charismatic, weathered actors perform their most dramatic moments with faces cloaked by metal. The climax is a particular disappointment, a beefed-up re-run of the last film’s final reel, in which featureless metal men thump each other until one falls over.” Nick de Semlyen in Empire.

“It may be hard for anyone to claim that Iron Man 2 is nearly as mindblowingly amazing as the first movie was for its time, though it’s still better than 95 percent of the movies based on Marvel Comics characters.” Edward Douglas at ComingSoon.net

“The dialogue crackles, the special effects pop and the onscreen action never flags, climaxing with an astonishing multi-car pileup at the Monaco Grand Prix, where Iron Man meets his nemesis Vanko, a.k.a. Whiplash, for the first time. So far, so excellent: Favreau builds on the solid foundations of the first movie, and success looks guaranteed. But slowly, imperceptibly, it all starts to fall apart during the remaining hour or so.” Tom Huddleston in Time Out.

“It may sound like it, but to call Iron Man 2 the Matrix Reloaded of superhero movies is not meant to be an insult. Like that highly-anticipated follow-up to the Wachowskis’ runaway blockbuster, Jon Favreau’s sequel essentially offers more of what at least superficially made the first successful, although rather than dubious philosophy and bullet-time cinematography, Iron Man 2 features a wealth of Robert Downey Jr., a general off-the-cuff sense of humor, and high-tech showdowns between dudes in robot suits.” Todd Gilchrist at Cinematical.

Marvel Avengers Box Office: Ahead of The Dark Knight?

Colonialism in Africa & Its Legacy: Something of Value + District 9

I love Iron Man!! Robert Downey Jr. plays this guy great he makes the character very endearing and likable. I normally don’t go for comic book stuff I usually stick to the more dramatic like the movie Cycle (check it out at http://www.myspace.com/cyclethemovie), but Downey has made me a big fan and I’m loving it!!! But Scarlett Jo has got to go. I just don’t think that she’s that great of an actress, something about her is very annoying.

This article is quite misleading when you consider the amount of character building and the many subplots in the movie it’s clear it’s more than just an action-packed let down.

Also your inclusion of Edward Douglas’s quote is very misplaced considering he gave the movie a positive review (8/10).