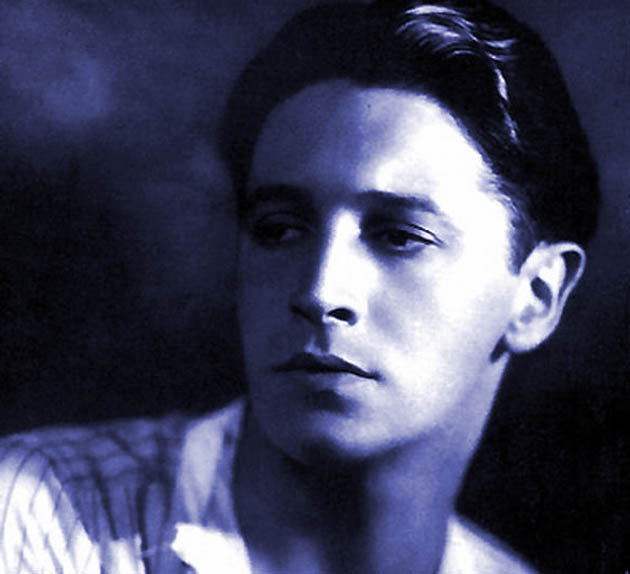 Ivor Novello ca. mid-to-late 1920s. A gay icon of the British stage, the Welsh-born playwright-composer-actor Ivor Novello was also one of the top British film performers of the late 1920s and early 1930s. Among his most notable big-screen star vehicles are Graham Cutts’ box office hit The Rat (1925), with the Mediterranean-looking Novello as a Rudolph Valentino type, and two Alfred Hitchcock silents: The Lodger (1927), about a man who may or may not be a Jack the Ripper-like serial killer, and Downhill (1927), in which Novello runs the gamut from wholesome rugby-playing schoolboy to degenerate musical hall-dancing gigolo.
Contents hide
1. Ivor Novello: Gay icon hit The Rat at the Cardiff Screen Festival
1.1. Ivor Novello’s face
1.2. Hollywood failure
1.3. ‘Rudolph Valentino for the ’30s’?
1.4. Ivor Novello movies
1.5. Gay stage & screen idol
1.6. Lover Robert Andrews & Gosford Park
1.7. The Rat box office & Summertime

“No Cardiff-born screen actor has ever been remotely as popular at the British box office as Ivor Novello,” says author Dave Berry (Wales and Cinema: The First 100 Years) in the WalesOnline article “Novello Could Have Been a Hollywood Star.”

Cardiff locals were able to check out the playwright-composer-actor’s 1925 big-screen foray The Rat at the 2005 edition of the Cardiff Screen Festival (website) last Nov. 12.

Based on the 1924 Paris-set hit play The Rat: The Story of an Apache, credited to David L’Estrange (a combo pseudonym for both Novello and actress Constance Collier), the film was directed by Graham Cutts for Michael Balcon’s Gainsborough Pictures.

The dark and (when required) brooding Novello stars as a Rudolph Valentino type, the low-life “apache” Pierre Boucheron – brutal, ruthless, and irresistible to women. Two of these females are Mae Marsh (Novello’s co-star in his one American silent film, The White Rose) and, like Novello, hailing from the stage version, Isabel Jeans (best remembered as Leslie Caron’s Aunt Alicia in Vincente Minnelli’s Gigi).

As found in Bruce Babbington’s British Stars and Stardom: From Alma Taylor to Sean Connery, Pierre’s caddish but alluring behavior led one reviewer to write, “anyone with a face like Ivor Novello must apparently be forgiven everything!”

A leading figure on the London stage, Ivor Novello (born David Ivor Davies on Jan. 15, 1893; Novello was his mother’s family name) was brought to Hollywood by D.W. Griffith to play the young pastor who seduces and abandons Mae Marsh (two years before The Rat) in the 1923 romantic melodrama The White Rose.

Unfortunately for Novello, things didn’t go too well between the Father of the American Cinema and his Welsh import even though The White Rose is one of the best – possibly the best – Griffith film of the decade.

Following a lawsuit against the filmmaker, who had reportedly reneged on his contract to feature Novello in three movies, the actor returned to Britain.

Another Hollywood foray in the early 1930s, via Metro-Goldwyn-Mayer, resulted in only one role: Ruth Chatterton’s leading man in Guthrie McClintic’s Once a Lady (1931), while on loan to Paramount.

“Novello’s work is uneven, with the scripts (usually by others) distinctly variable – but given the right roles in Hollywood he had the looks, dash and elan to become a Rudolph Valentino for the ’30s,” Dave Berry affirms. “All we can do is reflect on what he might have achieved later in the sound era …”

Everything is possible, though by 1934, when Ivor Novello retired from films altogether, he was already past 40. Besides, unlike most top male Hollywood stars of the 1930s, e.g., Clark Gable, James Cagney, Ronald Colman – and including urbane types like Charles Boyer, Warren William, and William Powell – Novello lacked a strong masculine presence. 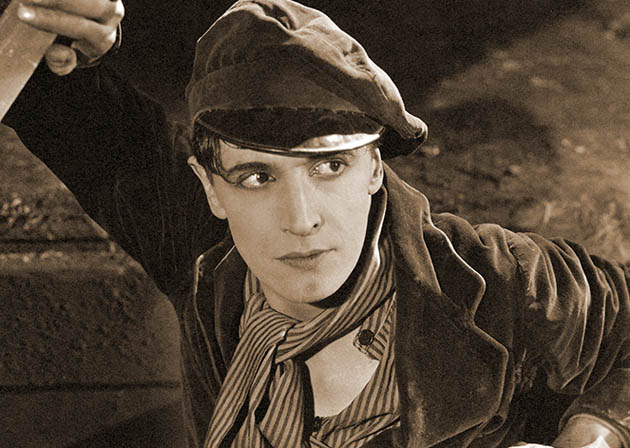 Ivor Novello in The Rat. Best known as a songwriter, librettist/playwright, and stage actor, Ivor Novello succeeded in transferring his West End popularity to British cinema, starring in about 20 films from the early ’20s to the mid-’30s. Although not as well remembered as The Lodger, The Rat (1925) was one of Novello’s biggest successes. Based on a hit play Novello himself had co-written and starred in, the Paris-set drama features the “Keep the Home Fires Burning” and “And Her Mother Came Too” composer as a rough, tough, unscrupulous criminal, who, thanks to his Rudolph Valentino-like allure, also happens to be a magnet to women.

Ivor Novello was featured in more than 20 movies; as per Dave Berry’s piece, six of them are lost. Besides The White Rose and The Rat, his most notable films, all in the U.K., were the following:

Although Ivor Novello’s (gay) sexual orientation seems to have been an open secret in British show business, it sure didn’t hinder in any way or form the popularity of his stage musicals.

After suffering a coronary thrombosis, Ivor Novello died at age 57 on March 6, 1951.

Minor stage and film actor Robert Andrews (1895–1976) had been Novello’s – apparently non-exclusive – companion for 35 years. Among Andrews’ handful of screen appearances were those in the silent films The Warrens of Virginia (1924) and Fascinating Youth (1926); on stage, he was featured in various Novello productions, notably playing the prime minister in King’s Rhapsody.

In Robert Altman’s Oscar-nominated Gosford Park (2001), Jeremy Northam portrays Novello at around the time of The Lodger‘s talkie remake.

[1] Regarding The Rat‘s box office, it’s unclear whether the £80,000 amount reflects the film’s gross take or Gainsborough Pictures’ net revenue, domestic or worldwide.

The inflation-adjusted figures were based on the pound-to-dollar conversion in 1925, and on the U.S. Department of Labor’s inflation calculator.

[2] David Lean’s film version of The Time of the Cuckoo, Summertime, came out in 1955. Katharine Hepburn and Rossano Brazzi were the romantic leads.