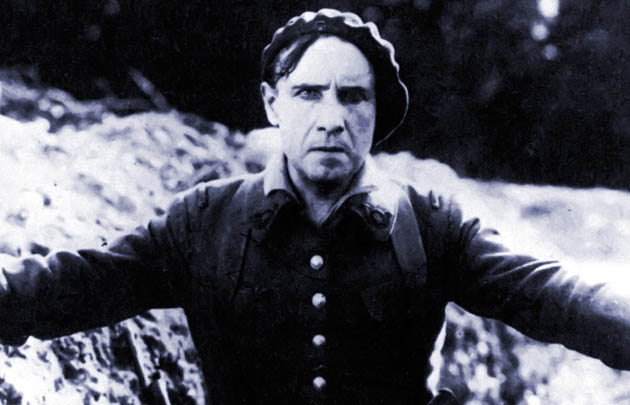 J’accuse!: Abel Gance anti-war drama with Séverin-Mars. Released the year after the end of World War I, Abel Gance’s 1919 anti-war French drama was a major hit in France and the U.K. Nearly two decades later, the filmmaker would rework the story; as it turned out, the second J’accuse! was released the year before another, much deadlier world war. The U.S. big-screen premiere of the restored J’accuse! is the centerpiece of the San Francisco Silent Film Festival’s 2009 Winter Event.
Contents hide
1. San Francisco Silent Film Festival Winter Event: Restored J’accuse! gets U.S. premiere
1.1. Was it worth it?
1.2. ‘Chang’ & the absence of God
1.3. ‘West of Zanzibar’ & the hand of God
1.4. ‘Sherlock Jr.’ & the hand of Woody Allen
1.5. San Francisco Silent Film Festival’s Winter Event programming

Abel Gance’s 1919 anti-war drama J’accuse! is the centerpiece of the 2009 San Francisco Silent Film Festival’s Winter Event, to be held on Saturday, Dec. 12, at the Castro Theater.

The recently restored, 166-minute J’accuse!, which is having its U.S. big-screen premiere at SFSFF, revolves around a love triangle set in World War I Europe, a time when civilized, white Christian men kept themselves busy slaughtering one another for God and Country, Flag and Freedom, and other lofty causes.

Was it worth it?

In one key sequence, J’accuse! shows the war dead returning to life to ask the living if their sacrifice was worth it. Considering that an even deadlier (mostly) Eurocentered world war would follow two decades later, one assumes that was a rhetorical question.

J’accuse! became a huge hit in France and the United Kingdom – “Your name in England is, at present, more famous than Griffith’s,” read a 1920 cable from distributor Pathé’s London agent to Abel Gance. The following year, the film finally reached American shores, where it was exhibited in truncated form (as I Accuse), reportedly to soften its anti-war message. The U.S. release was not a success.

Gance’s original cut had been long unavailable until this restoration made possible by Lobster Films Studios and the Nederlands Filmmuseum.

Its title notwithstanding, J’accuse!, obviously, isn’t based on Émile Zola’s life or the Alfred Dreyfus affair. Yet Zola’s spirit clearly permeates this effort not only directed but also written by the Napoleon and Austerlitz filmmaker – who would, in timely fashion, revamp his 1919 classic in 1938. Victor Francen, Lina Noro, and Marcel Delaître starred.

Chang: Six years before King Kong, Merian C. Cooper and Ernest B. Schoedsack directed Chang, a “creative documentary” about a family living in the jungles of northern Siam (today’s Thailand). The film’s highlights are an elephant stampede (“chang” means “elephant[s]”) and the luminous presence of the gibbon Bimbo. Two years before Chang, Cooper and Schoedsack had directed another documentary: Grass: A Nation’s Battle for Life, about the Bakhtiari people of Persia (Iran) and their difficult and dangerous search for good seasonal pasture for their livestock.

‘Chang’ & the absence of God

Besides J’accuse!, the SFSFF will screen three other movies: Chang, West of Zanzibar, and Sherlock Jr.

Directed by the King Kong duo of Merian C. Cooper and Ernest B. Schoedsack, Chang (a.k.a. Chang: A Drama of the Wilderness, 1927) is a faux documentary set in the jungles of Southeast Asia. Although it features a number of visually arresting scenes, I find it hard to “enjoy” Chang because of its, however true to life, revolting animal-cruelty moments.

Having said that, the elephant stampede is impressive and so is the gibbon Bimbo – living proof that God (of the human variety) cannot exist; if it did, human beings would be as beautiful and as intelligent as that entrancing creature.

Chang would be one of three films nominated in the very first Academy Awards’ Best Unique and Artistic Quality of Production category, the equivalent of a Best Arthouse Picture shortlist – one that was unceremoniously dropped the following year. Chang‘s competitors were King Vidor’s The Crowd and, the eventual winner, F.W. Murnau’s Sunrise.

‘West of Zanzibar’ & the hand of God

Back to that age-old question … one must admit that only some deity or other could have created Lon Chaney, a master of disguises who brought to life all sorts of warped, monstrous, and ultimately tragic evildoers in numerous silent films.

In Tod Browning’s West of Zanzibar (1928), Chaney (in movies since 1913) devours both the scenery and – almost literally – his co-stars, while making life hell for poor, blonde Mary Nolan, the daughter of archenemy Lionel Barrymore (in movies since at least 1908). At the end, there’s a welcome and not totally unexpected twist of fate involving paternal love, self-sacrifice, and – literally – actor-devouring cannibals. All that and a booze-loving, pre-stardom Warner Baxter, too.

A leading man for several years, Baxter – thanks to a bloody twist of fate involving a jackrabbit, a broken windshield, and actor-director Raoul Walsh – would end up later in 1928 as one of the leads in Walsh and Irving Cummings’ In Old Arizona, billed as Hollywood’s first outdoor talkie. A major box office hit, the kinky Western turned the future 42nd Street performer – Ruby Keeler style – into a major star and the winner of the first Best Actor Academy Award for a (male) performance in a talking picture.

As an aside, the morbidly decadent West of Zanzibar would be remade as William J. Cowen’s even more morbidly decadent Kongo (1932), starring an out-of-control Walter Huston as the abuser, Virginia Bruce as the abused, Conrad Nagel as the romantic interest, C. Henry Gordon as Bruce’s father, and, most interesting of all, a pre-Mexican Spitfire Lupe Velez as Huston’s lover, Tula. 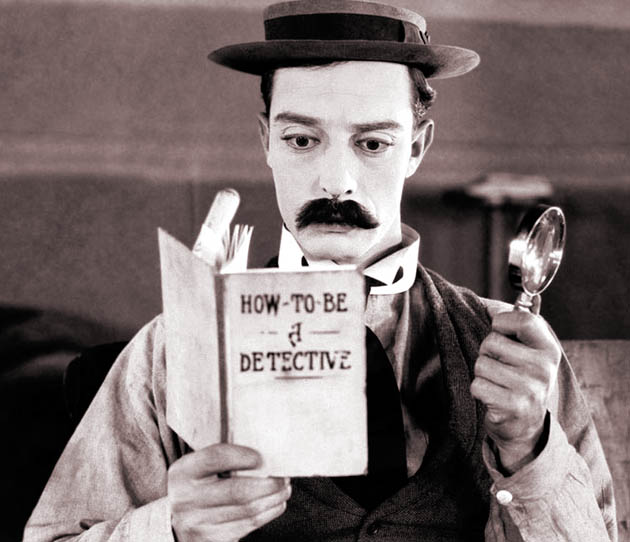 Sherlock Jr. with Buster Keaton. The absurdist tale of a movie projectionist who becomes an active part of the film within the film, Sherlock Jr. – boasting clever situations, good visual effects, and eye-popping stunts – is quite possibly the Buster Keaton movie to recommend to those who aren’t crazy about either Keaton or silent film comedy.

Even those who aren’t Buster Keaton fans (myself included), should be able to appreciate Sherlock Jr. (1924), which offers several clever situations and eye-popping stunts. Unless you’re a Keaton devotee, chances are you won’t find the movie very funny; on the other hand, chances are you will find it both amusing and, at its climax, thrilling.

Woody Allen, for one, must be a Sherlock Jr. fan, as he used its premise – a film projectionist becomes part of the action of the film-within-a-film – as the basis for one of his best efforts, The Purple Rose of Cairo (1985), featuring Jeff Daniels as the Keaton-in-reverse character and Mia Farrow as his real-life love interest.

Sherlock Jr. will be preceded by The Goat, a 1921 short directed by Buster Keaton and Malcolm St. Clair, who would later handle several sophisticated comedy features – e.g., The Grand Duchess and the Waiter, Breakfast at Sunrise. 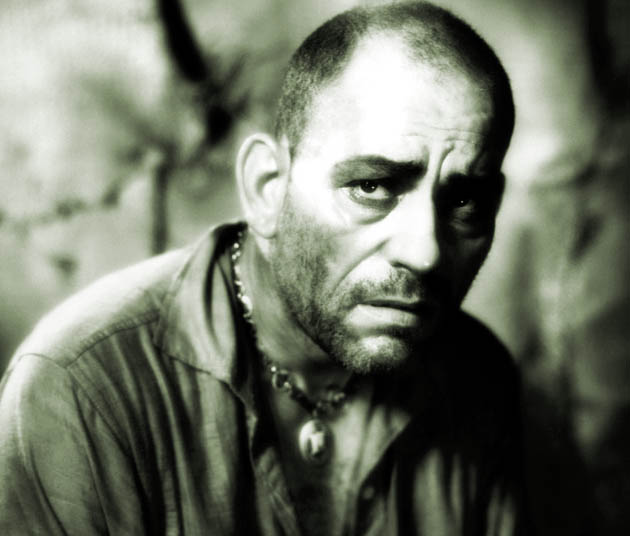 West of Zanzibar with Lon Chaney. Without too much make-up, Lon Chaney (1883–1930), at the time one of MGM’s biggest box office draws, stars in the 1929 silent West of Zanzibar, a tale of human rottenness, redemption, and roasting. Also in the cast: the troubled Mary Nolan, whose career would go quickly downhill; and two future Best Actor Academy Award winners, Warner Baxter (In Old Arizona, 1928–1929) and Lionel Barrymore (A Free Soul, 1930–1931). Barrymore would also get to play Lon Chaney-ish roles in MGM movies of the 1930s – e.g., Rasputin and the Empress, Treasure Island, Mark of the Vampire, and The Devil-Doll.

The San Francisco Silent Film Festival’s Winter Event schedule and film info below is from the SFSFF website:

11:30 AM CHANG: A DRAMA OF THE WILDERNESS
Produced and Directed by Merian C. Cooper and Ernest B. Schoedsack (USA, 1927). Cast: Kru, Chantui, Nah, Ladah, Bimbo.
Shot entirely in Siam (present-day Thailand), Schoedsack and Cooper’s thrilling adventure is clearly the prototype for their later masterpiece King Kong – and a spellbinding success in its own right. The publicity of the time touted a cast of 500 native hunters, 400 elephants, tigers, leopards, pythons, and other denizens of the wild!
Chang: A Drama of the Wilderness 35mm print from Milestone Film & Video. Approximately 68 minutes.
Donald Sosin will accompany Chang on the piano with an original score. Introduced by Merian C. Cooper biographer Mark Vaz.

2:00 PM J’ACCUSE!
U.S. Premiere. Directed by Abel Gance (France, 1919). Cast: Romuald Joubé, Séverin-Mars, Maryse Dauvray, Maxime Dejardins.
Abel Gance’s brilliant pacifist epic is set against the backdrop of the Great War, delineating the tragedy of that war’s waste and carnage. Gance returned to active service in 1918 to film actual battle scenes and his expressionistic camerawork and rapid-cut editing are revolutionary, but the heart and soul of J’accuse! is the romantic triangle between poet Jean Diaz (Joubé), his beloved Edith (Dauvray), and her husband François Laurin (Séverin-Mars).
J’accuse! 35mm Print from the Netherlands Filmmuseum. Approximately 162 minutes.
Robert Israel will perform his original orchestral score for J’accuse!, adapted to play on the Mighty Wurlitzer.

5:00 PM WINTER EVENT PARTY TICKET
After Gance’s J’accuse! and before Keaton’s Sherlock Jr., join us on the mezzanine of the Castro Theatre for a festive party to celebrate the wonder and joy of silent film with drinks, hors d’oeuvres, and live music.
Admission price: $15 SFSFF Member/$20 General.

7:00 PM SHERLOCK JR.
Directed by Buster Keaton (USA, 1924). Cast: Buster Keaton, Kathryn McGuire, Joe Keaton, Ward Crane.
One of the great movies of all time about the movies – impeccably scripted, beautifully filmed, funny, moving – by one of the great geniuses of cinema, Buster Keaton. Keaton plays a cinema projectionist who dreams of being a famous detective. When he’s framed for petty theft by a rival for his sweetheart’s affection, Buster nods off on the job and his dream comes true – he projects himself onto the screen as Sherlock Jr., the world’s greatest detective who’s on the trail of the stolen watch.
Sherlock Jr. 35mm Print from David Shepard, courtesy of Douris UK, Ltd. Approximately 45 minutes.
Preceded by short THE GOAT, directed by Buster Keaton and Malcolm St. Clair, USA, 1921.
35mm Print from David Shepard, courtesy of Douris UK, Ltd. Approximately 25 minutes.
Dennis James will accompany Sherlock Jr. and The Goat on the Mighty Wurlitzer, aided by foley artist Todd Manley with special sound effects.
With special guests Melissa Cox, granddaughter of Buster Keaton, and Frank Buxton.

9:15 PM WEST OF ZANZIBAR
Directed by Tod Browning (USA, 1928). Cast: Lon Chaney, Lionel Barrymore, Mary Nolan, Warner Baxter.
Like The Unknown (2008’s Directors Pick), West of Zanzibar is an inspired partnership between director Tod Browning and actor Lon Chaney. Chaney has never been more affecting than in this fever-pitched nightmare of betrayal and revenge. Moving from the vaudeville stage to the jungles of the Congo, West of Zanzibar tells its story of darkness and redemption with great skill and beauty, investing each of its desperate characters with depth and humanity.
West of Zanzibar 35mm Print from Warner Bros. Approximately 65 minutes.
Dennis James will accompany West of Zanzibar on the Mighty Wurlitzer.

Images of Séverin-Mars in Abel Gance’s J’accuse!; Lon Chaney in Tod Browning’s West of Zanzibar; Buster Keaton in his own Sherlock Jr., and two kids and a gibbon in Merian C. Cooper and Ernest B. Schoedsack’s Chang: A Drama of the Wilderness: San Francisco Silent Film Festival.

Movie Festival News from Around the World

Thanks for sharing, Daniel.