Things didn’t start out very well for the movie version, as some highly vocal fans of the Jack Reacher books – there are 17 of them (books, not fans) – were irked when it was announced that the 5’7” Cruise would be playing the 6’5” Reacher. (More on this earth-shattering outrage further below.)

Paramount cautiously said it expected Jack Reacher to earn – a highly unimpressive – $12–$15 million at 3,352 North American locations on its debut weekend, Dec. 21–23. This would have been a weak opening for any wide release, but especially for a high concept thriller toplining Tom Cruise – he of blockbusters such as Top Gun, Rain Man, A Few Good Men, The Firm, Jerry Maguire, War of the Worlds, and the Mission: Impossible movies.

Things began looking a little brighter when early estimates released on opening night (Dec. 21) indicated that Cruise’s latest star vehicle would easily exceed Paramount’s (official) expectations, raking in around $18 million by Sunday evening. Things looked quite a bit dimmer when, as found at boxofficemojo.com, Jack Reacher ended up taking in only $15.21 million.

A total Tom Cruise flop? Well, not so fast.

After all, there’s no chance Jack Reacher will reach (no bad pun intended) the $100 million mark it the U.S. and Canada. As a consequence, there’s no chance it’ll manage to recover its $60 million budget (not including marketing and distribution expenses) at the domestic box office.

In other words, unless Jack Reacher becomes a major international hit – not an impossibility (more on that further below) – don’t expect it to become the first installment of a new cinematic franchise.

Comparisons to this year’s box office flop Rock of Ages would be pointless, as it wasn’t a Tom Cruise star vehicle. Anyhow, in all likelihood the only reason Adam Shankman’s critically lambasted musical eventually cumed at $38.2 million domestically was because of people curious to see Cruise as a long-haired rock-and-roller. 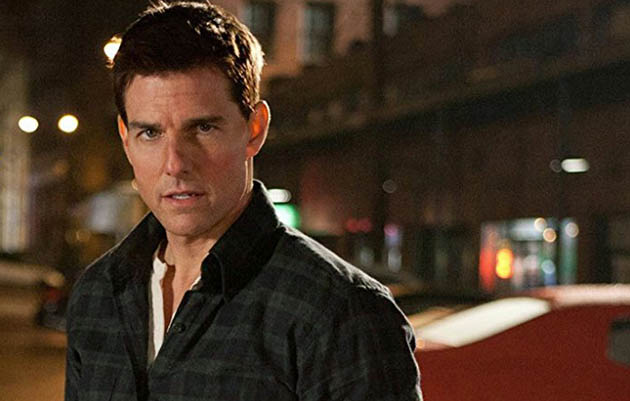 Jack Reacher with Tom Cruise. Clearly intended to be the first of a series, screenwriter-director Christopher McQuarrie’s crime drama Jack Reacher may not end up spawning many (any?) more sequels following its tepid domestic debut. Since 1997, there have been 17 novels – written by Lee Child a.k.a. James D. Grant – featuring the titular all-American drifter/sleuth/vigilante; the one that served as the basis for this latest Tom Cruise star vehicle is One Shot, published in 2005.

Now, complaints about Tom Cruise being too short to play Jack Reacher – and remarks that Cruise’s height would somehow affect Jack Reacher‘s box office prospects – are inane at best.

If Tom Cruise would be an inappropriate, box office-unfriendly Jack Reacher because of his height, then how to explain Peter O’Toole (6’3”) playing T.E. Lawrence (5’5”) in David Lean’s multiple Oscar winner Lawrence of Arabia, one of the biggest blockbusters in film history?

How exactly did Taylor Lautner’s height (supposedly 5’10”) interfere with his playing the 6’7” Jacob Black in the various Twilight movies? Would New Moon and Eclipse have earned an extra $100 million each had Lautner been a foot taller?

Coincidentally, the next T.E. Lawrence will reportedly be played by another actor who’s too tall for the role: Lautner’s Twilight Saga co-star Robert Pattinson (6’1”).

And let’s not forget that Tom Cruise was widely ridiculed when it was announced he was going to play the lead in Neil Jordan’s 1994 film version of Anne Rice’s Interview with a Vampire. That Cruise movie ended up grossing $105.26 million (not adjusted for inflation) in North America alone.

In the U.S., the Scientologist Tom Cruise is still struggling to restore his image following a barrage of relentlessly mean-spirited attacks in the American media in the last six years or so.

But Scientology or no, 5’7” or 6’7”, Tom Cruise remains a huge star internationally. Rock of Ages – not truly a “Tom Cruise movie” – may have bombed outside North America, but Mission: Impossible III, a relative disappointment in the U.S. and Canada ($134.02 million), earned $263.82 million internationally.

Also, the Robert Redford-directed Lions for Lambs, despite its political theme, earned three times more internationally ($48.21 million) than in North America ($15 million), while Valkyrie grossed $117.19 million abroad vs. $83.07 million on the domestic front.

There’s more: $185.5 million – or nearly 71 percent – of the worldwide box office gross of Knight and Day came from outside the U.S. and Canada, while the international percentage for Mission: Impossible IV – Ghost Protocol was nearly 70 percent ($485.31 million).

In other words: whatever happens at the domestic box office, expect Christopher McQuarrie’s Jack Reacher movie to perform much better elsewhere, as international moviegoers apparently enjoy watching Tom Cruise in action, whether playing a midget or a giant, and regardless of his religious or philosophical beliefs.

In addition to Tom Cruise in the title role, Jack Reacher features:

Problems ensue when Reacher discovers there’s a lot more to the story. Rosamund Pike, seen earlier this year as Andromeda in Wrath of the Titans, plays the accused sniper’s defense attorney. 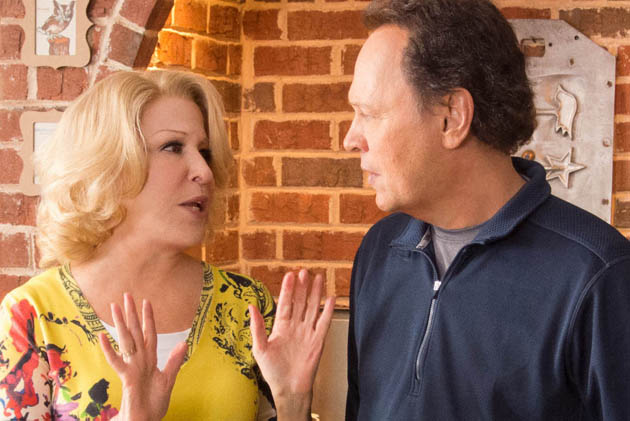 Parental Guidance with Bette Midler and Billy Crystal. A Christmas 2012 release, Andy Fickman’s family comedy Parental Guidance chronicles the travails of grandparents Bette Midler and Billy Crystal while babysitting their three grandchildren. Despite dismal reviews – 21 percent approval rating and 4.1/10 average among Rotten Tomatoes‘ top critics – Parental Guidance has enjoyed a (relatively speaking) solid opening and may have an extended life at multiplexes this winter season, as potential middle-to-lowbrow comedy competitors The Guilt Trip and This Is 40 have already flopped.

That’s hardly a fantastic figure, but as the sole reasonably successful comedy this season, the Midler-Crystal pairing will likely go on performing above expectations.

Spring 2013 update: The $25 million-budget Parental Guidance cumed at a respectable $77.26 million in the U.S. and Canada, in addition to $42.5 million elsewhere.

Platform releases: ‘The Impossible’ & ‘Not Fade Away’ + mysterious ‘On the Road’

Now, notable among this weekend’s limited/platform releases were:

Curiously, IFC/Sundance Selects figures for Walter Salles’ movie version of Jack Kerouac’s On the Road have not been made available. In the cast: Garrett Hedlund, Sam Riley, and Kristen Stewart. 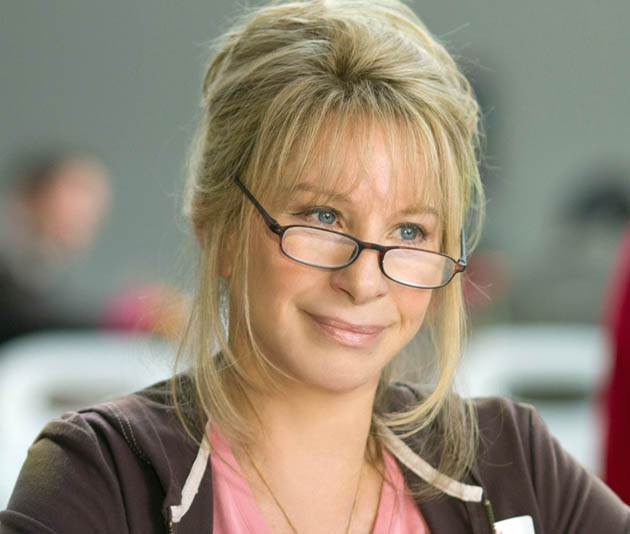 The Guilt Trip with Barbra Streisand. A movie star since her enormously successful debut as entertainer Fanny Brice in the 1968 musical Funny Girl, Barbra Streisand has been a reliable box office draw in the last 45 years. Following Frank Pierson’s 1976 remake of A Star Is Born, Streisand’s film appearances became increasingly more sporadic; even so, her star vehicles remained solid commercial – if not necessarily critical – performers. That is, until The Guilt Trip, which pairs the now 70-year-old veteran with Seth Rogen. The $40 million production will have a tough time matching (no chance of recovering) its production costs at the domestic box office.

The Guilt Trip star Barbra Streisand should have been a shoo-in for the 2013 Golden Globes in the Best Actress in a Comedy or Musical category. When Streisand failed to get nominated – despite a promo snafu claiming that she had been – it seemed clear that something was dead wrong with the Anne Fletcher-directed, mother-son road movie comedy co-starring Seth Rogen.

Perhaps it’s a mere coincidence – totally unrelated to the Golden Globes, that is – but The Guilt Trip reviews have been generally pretty mediocre. Notwithstanding the presence of one of cinema’s (and pop culture’s) iconic figures of the late 20th century, Paramount’s $40 million production has a 48 percent approval rating and 5.9/10 average among Rotten Tomatoes‘ top critics.

Barbra Streisand was a box office magnet in her heyday in the 1970s, a time when she was the only woman to be consistently found among Hollywood’s top box office draws.

Whether watchable (The Way We Were, For Pete’s Sake) or unwatchable (Funny Lady, A Star Is Born, The Main Event), her movies were nearly all major box office hits – Vincente Minnelli’s costly musical On a Clear Day You Can See Forever (1970) and Irvin Kershner’s unusual, little-remembered comedy-drama Up the Sandbox (1972) were the two exceptions.

Even On a Clear Day You Can See Forever, which failed to recover its mammoth budget at the box office, took in $14 million at the beginning of the decade – the equivalent of about $70 million today.

The Guilt Trip will be very lucky if it reaches $30 million.

Successful semi-retirement – until ‘The Guilt Trip’

These have ranged from showy leads (Yentl, Nuts, The Mirror Has Two Faces, the Oscar-nominated The Prince of Tides) to unworthy supporting roles (Meet the Fockers, Little Fockers).

So it’s more than a little shocking that The Guilt Trip – the two-time Oscar winner’s[2] first movie lead since The Mirror Has Two Faces back in 1996 – has been received so unenthusiastically by movie audiences.

One possibility is that they’ve been unaware The Guilt Trip even exists, as the buzz surrounding Streisand’s “movie star comeback” has been surprisingly muted.

Who knows, maybe Paramount, having neither forgiven nor forgotten On a Clear Day You Can See Forever, has decided it should instead spend its marketing moolah on Tom Cruise’s Jack Reacher.

Martin Ritt’s 1987 psychological/courtroom drama Nuts is Streisand’s weakest-performing star vehicle to date, having grossed $30.95 million in 1987 – or the equivalent of about $60 million today.

Besides Barbra Streisand and Seth Rogen, The Guilt Trip features:

[1] With powerhouse agent Sue Mengers on her side, Barbra Streisand reportedly earned $4 million + 15 percent of the gross for her work in All Night Long. (See Frank Rose’s The Agency: William Morris and the Hidden History of Show Business.)

[2] Barbra Streisand’s two Academy Award wins: as Best Actress for her portrayal of early 20th-century entertainer Fanny Brice in William Wyler’s Funny Girl (1968; she tied with Katharine Hepburn for her portrayal of Eleanor of Aquitaine in Anthony Harvey’s The Lion in Winter) and as a composer (with lyricist Paul Williams) for the song “Evergreen” from A Star Is Born.

Unfortunately it was really bad. I would have to say the worst movie I’ve ever seen Streisand play. She acted as if she was a woman who wasn’t in full charge of her faculties and that really disturbed me. Is this how older women are to be portrayed now when they reach their 60’s? I see Meryl Streep playing very strong women and simply being the best actress in my entire lifetime. She’s amazing. This was absolutely disappointing and I felt sorry for that character she played. She was weak,she was dingy, she wasn’t funny because they deleted all the scenes that were in the trailer. That was strange. Not one single scene from the trailers were in the movies. How awful.. I was just disappointed as hell because they built it up and I felt like it was money so wasted. Don’t waste your time. It was terrilbe, very predictable and not funny in the least. Basically it sucked!!

Moneyball had a 50 million budget and made 114 worldwide, why is that considered a success?

Abduction with Taylor Lautner made 82 million worldwide, but was considered a failure………how is that……when so many of the movies with established action stars seem to struggle and it’s no big deal??? I don’t understand how the movie industry was so hard on …then teenage Lautner……and his movie actually made money??

“Abduction” didn’t “make money” *at the box office* once you realize that besides its $35 million budget, there were marketing/distribution costs that could easily have totaled another $15-$25 million (or more) worldwide. Since (as a rule of thumb) studios/producers get about 50 percent of a film’s domestic gross and 40 percent of the international gross, then “Abduction” needed to earn at least $105-$115 million worldwide to break even *at the box office* (not including ancillary revenues).

The physicality of Reacher was a huge component of his character in the books; Cruise’s casting just doesn’t jive with my mental image; this stark contrast in images is what has essentially contaminated my enjoyment of the series; the financial success of the movie is great but is not going to ‘convince’ me otherwise; how many of those ticket purchasers were avid Reacher book buyers and readers - that is what I would be more interested to know;