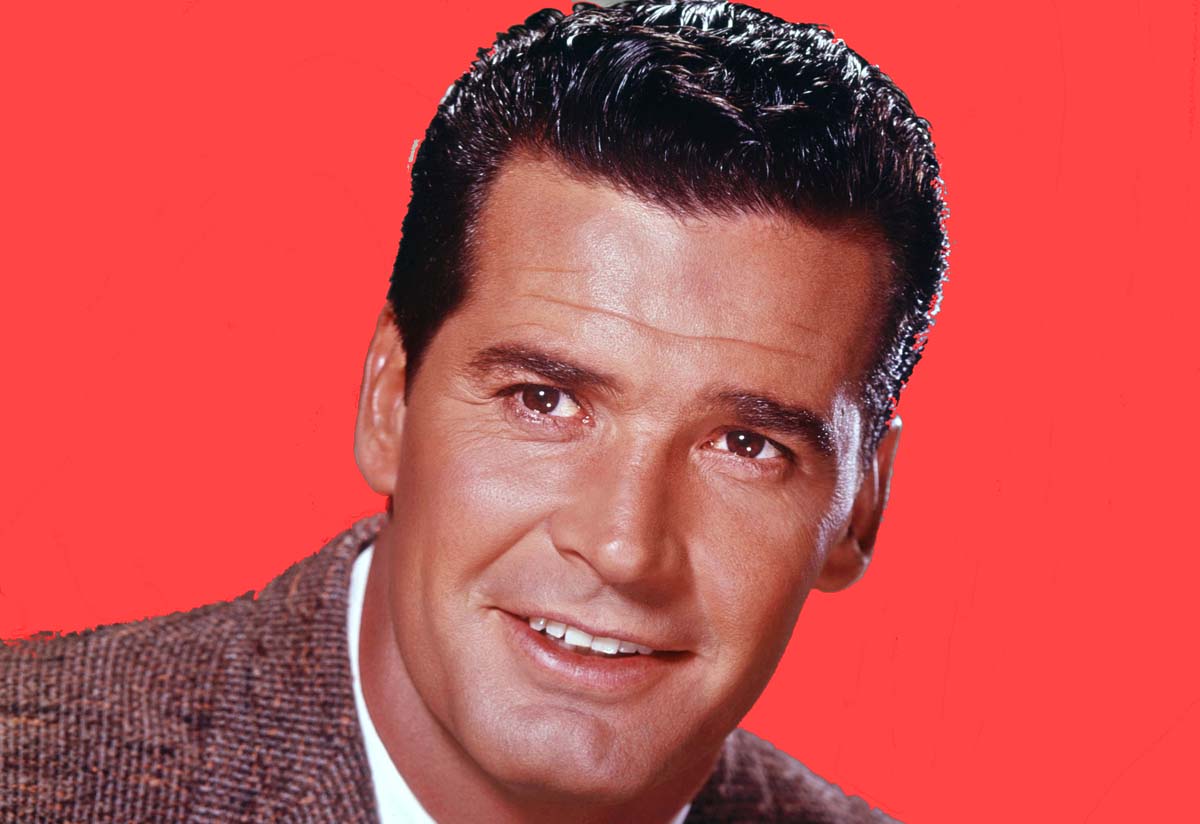 James Garner, whose film and television career spanned more than five decades, died of “natural causes” at age 86 on July 19 in the Los Angeles suburb of Brentwood. On Monday, July 28, Turner Classic Movies will present an all-day marathon of James Garner movies (see below) as a tribute to the Oscar-nominated star of Murphy’s Romance and Emmy-winning star of the television series The Rockford Files.

Among the highlights in TCM’s James Garner film lineup is John Frankenheimer’s Monaco-set Grand Prix (1966), an all-star, race-car drama featuring Garner as a Formula One driver who has an affair with the wife (Jessica Walter) of his former teammate (Brian Bedford). Among the other Grand Prix drivers facing their own personal issues are Yves Montand and Antonio Sabato, while Akira Kurosawa’s (male) muse Toshiro Mifune plays a race team owner reportedly inspired by Soichiro Honda. The film’s acting honors, however, go to Eva Marie Saint (Garner’s co-star in George Seaton’s entertaining 1965 thriller 36 Hours), playing a journalist who has an affair with Sabato.

Now, at nearly three hours, Grand Prix is much too long for its own good while some of the drama – screenplay credited to Robert Alan Aurthur (Lilith, All That Jazz) – feels contrived. On the positive side, the racing sequences are undeniably thrilling; in fact, despite its excessive length the film earned a well-deserved Academy Award for Best Film Editing (Fredric Steinkamp, Henry Berman, Stu Linder, and Frank Santillo). Check it out and see how it compares with Ron Howard’s Rush, the 2013 release starring Chris Hemsworth and Daniel Brühl as, respectively, James Hunt and Niki Lauda.

Victor Victoria (1982) is probably Blake Edward’s most successful comedy; despite Edward’s tendency to overdo the slapstick, this gender-bending musical comedy deserves to be considered a latter-day classic of the genre (whether the gender-bending genre or the musical comedy genre). Ernst Lubitsch would surely have turned Victor Victoria into a masterpiece of double (or triple, or quadruple) entendres, but if Edward’s film doesn’t quite reach such sparkling heights, the writer-director, ably assisted by a first-rate cast, does manage to imbue the mistaken (sexual and gender) identity plot with plenty of wit and humor.

Julie Andrews, who had played second fiddle to Dudley Moore (and to some extent to Bo Derek) in Edward’s so-so – but highly successful – 1979 comedy 10, and who had been part of the all-star ensemble in Edward’s 1981 Hollywood satire S.O.B., is at the center of Victor Victoria. The Best Actress Academy Award nominee plays a formerly destitute soprano pretending to be a male night club performer pretending to be a female night club performer while belting out Henry Mancini songs in the anything-goes Paris of the Depression Era.

Even more entertaining are veteran Robert Preston (as a wildly flamboyant – but in no way offensively clichéd – gay nightclub performer) and Lesley Ann Warren (as James Garner’s bimbo girlfriend); both fully deserved to win Academy Awards, but as it turned out, Louis Gossett Jr. (An Officer and a Gentleman) and Jessica Lange (Tootsie) took home the 1982 Oscar statuettes in the supporting categories. James Garner, for his part, does wonders with what is basically a straight man role – no pun intended, especially considering what goes on on-screen.

Despite mostly excellent performances, particularly those of Miriam Hopkins and Best Supporting Actress Oscar nominee Fay Bainter, William Wyler’s The Children’s Hour, adapted by former Alfred Hitchcock collaborator John Michael Hayes (Rear Window, To Catch a Thief) from Lillian Hellman’s acclaimed 1934 Broadway hit, was both a critical and box office flop upon its 1961 release. That’s unfortunate, as this drama dealing with the then-taboo theme of lesbianism – and the destructive power of a lie (from the lips of a little girl, no less) – is actually quite effective.

Shirley MacLaine, Audrey Hepburn, and James Garner star in the roles played by Miriam Hopkins, Merle Oberon, and Joel McCrea in Wyler’s own These Three (1936), a heavily bowdlerized but better-received adaptation – credited to Hellman herself – of the play. Note: In The Children’s Hour, Hopkins plays MacLaine’s batty aunt; stage veteran Catherine Doucet landed the part in the original. Karen Balkin is the demonic little girl in the 1961 film, a role that went to the Oscar-nominated Bonita Granville in the earlier Hollywood version.

Joseph Pevney’s Cash McCall (1960) is a cheesy romantic drama set in the world of big business, wasting both James Garner in the title role and leading lady Natalie Wood. More interesting is Delbert Mann’s Mister Buddwing (1966), in which Garner plays a man suffering from amnesia; although it doesn’t quite live up to its intriguing premise, this psychological drama features a strong female cast that makes it well worth watching: Jean Simmons (donning a blonde wig), Suzanne Pleshette, Katharine Ross, and Angela Lansbury.

I find The Thrill of It All (1963), with Garner as Doris Day’s befuddled husband, far superior to the Doris Day-Rock Hudson movies of that period; the Norman Jewison-directed comedy is also more enjoyable than the other 1963 Doris Day-James Garner pairing, Michael Gordon’s Mover Over Darling. As a bonus, The Thrill of It All features an outstanding supporting cast, including scene-stealers Alice Pearce, ZaSu Pitts, Edward Andrews, and Reginald Owen.

I have enjoyed James Garner since he was in Maverick. Also enjoyed him in The Rockford Files and the many movies he made. Maverick and The Rockford Files were two examples of a man using his charm and wit rather than a gun to get out of tough situations. Also saw him in some old Cheyenne episodes where he was a cavalry officer. James Garner was well liked and will be missed.