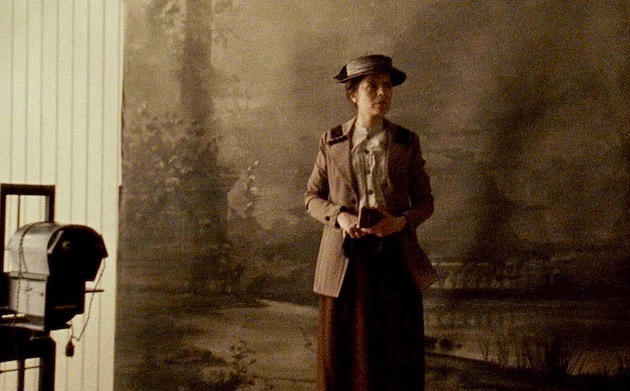 Internationally, the most talked-about Swedish-made release of 2008 has been Tomas Alfredson’s boy-meets-girl-vampire drama Let the Right One In / Låt den rätte komma in. Yet the big winner at the Swedish Oscars – the Swedish Film Institute’s Guldbagge Awards (a.k.a. “Golden Beetle” or “Golden Scarab” Awards) – was a period drama directed by 77-year-old veteran Jan Troell: Everlasting Moments / Maria Larssons eviga ögonblick.

Set in the early 1900s, Everlasting Moments follows a working-class Finnish woman in Sweden, Maria (the Finnish-born Maria Heiskanen), who gains a new outlook on life after winning a camera in a lottery. The screenplay was written by Niklas Rådström from a story by Troell and his wife, Agneta Ulfsäter-Troell, whose grandmother was the inspiration for the lead character.

‘Let the Right One In’ in

Now, Let the Right One In was hardly left out in the cold, having topped three categories: Best Director, Best Screenplay (John Ajvide Lindqvist), and Best Cinematography (Hoyte van Hoytema).

And that says something about the Guldbagge Awards jury, as their best-directed and best-written motion picture was not their Best Film. The same split, in fact, took place a mere five years ago; that’s when Mikael Håfström’s Evil was named Best Film while screenwriter-director Björn Runge’s Daybreak / Om jag vänder mig om topped Best Director and Best Screenplay.

Besides, at the 1973 Academy Awards ceremony Troell was in the running in the Best Director and Best Adapted Screenplay (with Bengt Forslund) categories for his 1971 period drama The Emigrants / Utvandrarna – also a Best Picture nominee that the previous year had been shortlisted for Best Foreign Language Film.

Troell’s two other nominees in the latter category were The Emigrants‘ sequel The New Land / Nybyggarna (1972) and The Flight of the Eagle / Ingenjör Andrées luftfärd (1982).

Harriet Andersson. Filmmaker Jan Troell and actress Harriet Andersson were the two Swedish cinema veterans honored at this year’s Guldbagge Awards. In films since the mid-20th century, Andersson is best remembered for her nine big-screen collaborations with Ingmar Bergman: Summer with Monika (1953), Sawdust and Tinsel (1953), A Lesson in Love (1954), Smiles of a Summer Night (1955), Dreams (1955), Through a Glass Darkly (1961), All These Women (1964), Cries & Whispers (1972), and Fanny and Alexander (1982). In addition, Harriet Andersson starred for Bergman in the 1986 made-for-TV psychological drama The Blessed Ones.

Jan Troell wasn’t the only veteran honored – by way of Best Film winner Everlasting Moments – at this year’s Swedish Oscars. Best remembered for her internationally renowned collaborations with Ingmar Bergman, actress Harriet Andersson (born on Feb. 14, 1932, in Stockholm) was the recipient of the Swedish Film Institute’s 2009 Lifetime Achievement Award.

Among Andersson’s best-known big-screen efforts are the following:

The winners of the 2009 Swedish Oscars were announced on Jan. 12 at Cirkus Arena in Stockholm. See below the full list of winners and nominees.

The Gullspira Award (“for extraordinary contributions in films for children”): Georg Riedel. 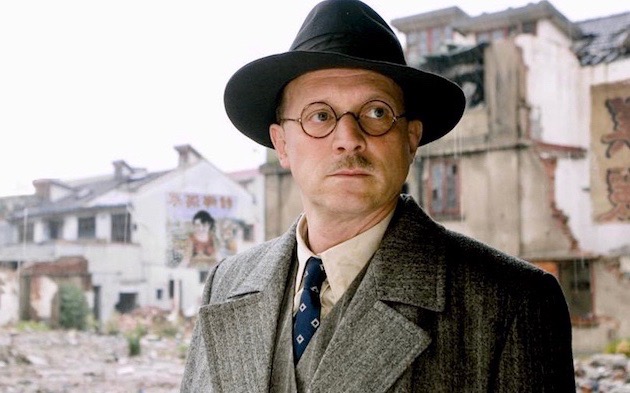 John Rabe with Ulrich Tukur. However sentimentalized, Oskar Schindler’s deeds became known worldwide after the release of Steven Spielberg’s 1993 drama Schindler’s List, starring Liam Neeson as the German industrialist and Nazi Party member credited with saving the lives of about 1,200 Jews during the Nazi Era. Without an Oscar-winning international hit to rescue him from international near-oblivion, another German industrialist and Nazi Party member, John Rabe, helped to create “safe zones” in the Nanking area that ultimately saved the lives of about 200,000 civilians following the bloody Japanese invasion of China in the late 1930s.

From Sweden to southeastern Germany: The 2009 Bavarian Film Awards’ Best Film (or “Best Production”) winners – it was a tie – were two period political dramas, one of which has yet to be screened in German cinemas:

Best Young Performer: Karoline Herfurth, A Year Ago in Winter.

Best Youth Film: Krabat / Krabat and the Legend of the Satanic Mill.

Best Director of a Canadian Film: Philippe Falardeau, It’s Not Me, I Swear!.

Best Actor in a Canadian Film: Natar Ungalaaq, The Necessities of Life.

Best Supporting Actress in a Canadian Film: Suzanne Clément, It’s Not Me, I Swear!.

Best Picture Yet to Open in Iowa: The Wrestler, dir.: Darren Aronofsky.