“It’s a fine line between brittle and breakable. Jane Fonda blurs that distinction to memorable effect in 33 Variations, the new drama written and directed by Moisés Kaufman that opened on Monday night at the Eugene O’Neill Theater. Playing a sharp-witted, terminally ill musicologist confronting the betrayal of her body, Ms. Fonda exudes an aura of beleaguered briskness that flirts poignantly with the ghost of her spiky, confrontational screen presence as a young woman.

“Ms. Fonda, 71, is surely nervous about performing for a live audience after decades of working mostly in front of cameras, followed by years of semiretirement from acting. After all, younger stars of comparable renown have sputtered and flamed out on Broadway in recent years. But it is to Ms. Fonda’s advantage that she is playing someone who, used to being in unconditional charge of her life, is suddenly faced with the prospect of losing control.”

“It’s been 46 years since Jane Fonda’s last role on Broadway but there’s no sign of rustiness in the cool command she brings to 33 Variations. Fonda certainly knows her way around characters like musicologist Dr. Katherine Brandt, an impassioned woman hungry for knowledge and reluctant to concede her weaknesses. Playing an emotionally distant parent who finds closeness with her daughter only at the end of her life, the iconic star’s work here is also illuminated by personal history, mirroring her own famously troubled relationship with her father. If Moises Kaufman’s elegant production outshines his schematic play, Fonda nonetheless distinguishes it with integrity and class.”

Ed Pilkington in The Guardian:

“Her acting is understated – crucial in a play that could be saccharine were it not for its pared down delivery. She captures brilliantly the passion of Brandt’s search that intensifies as her body weakens.

“She is also admirably collegiate. Fonda never dominates the stage, working always within the ensemble. In particular, she never crowds out the real star of the show, identified by the New York Times music critic Anthony Tommasini as Beethoven’s music itself.”

However “schematic” or “saccharine,” here’s hoping that 33 Variations will be staged – with Jane Fonda – in the Los Angeles area in the near future. Perhaps a film adaptation will follow?

More review snippets of Jane Fonda’s Broadway comeback can be found in the Los Angeles Times.

Jane Fonda’s previous Broadway appearance, by the way, took place in the spring of 1963 in a revival of Eugene O’Neill’s Strange Interlude, also starring Geraldine Page. 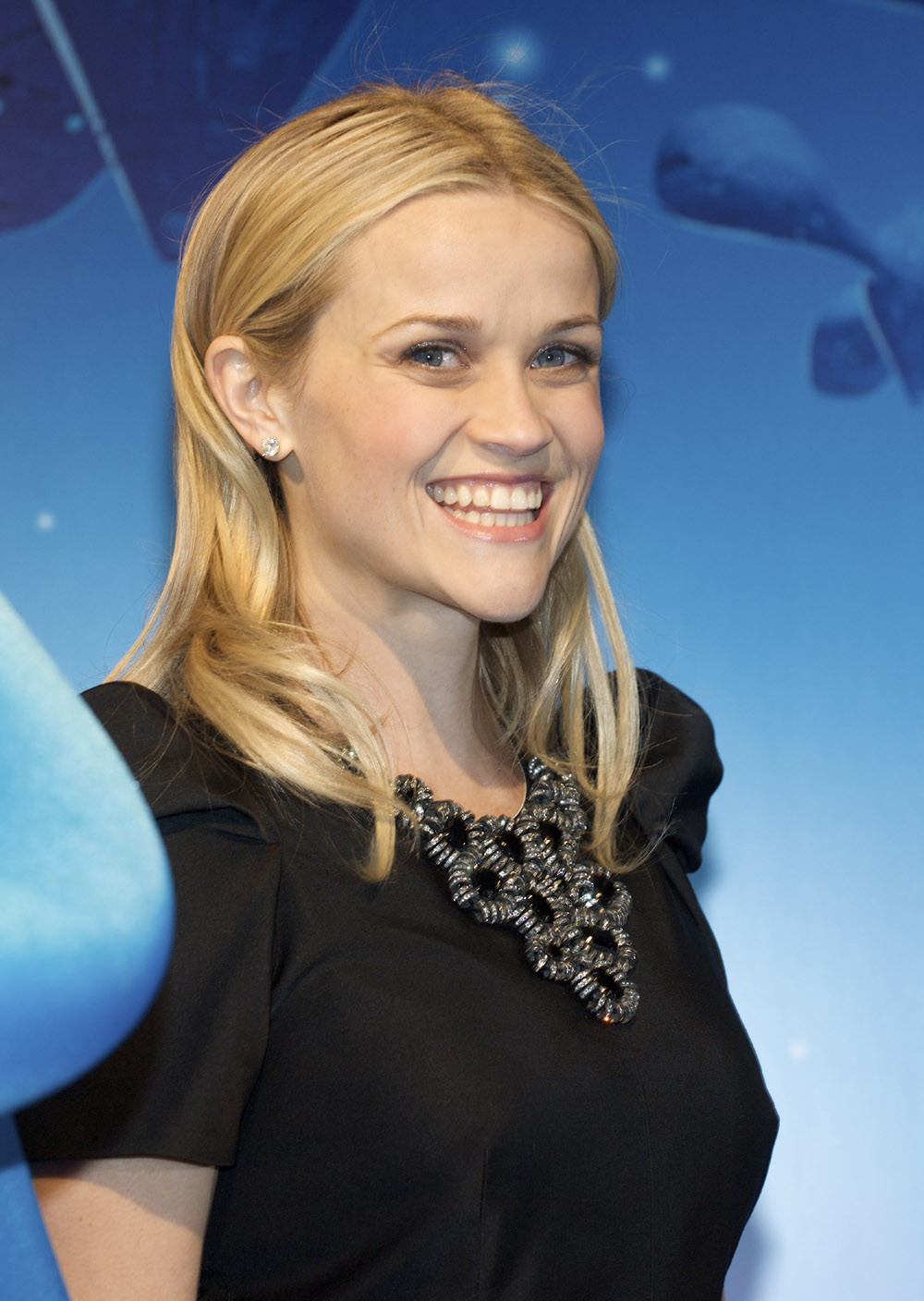 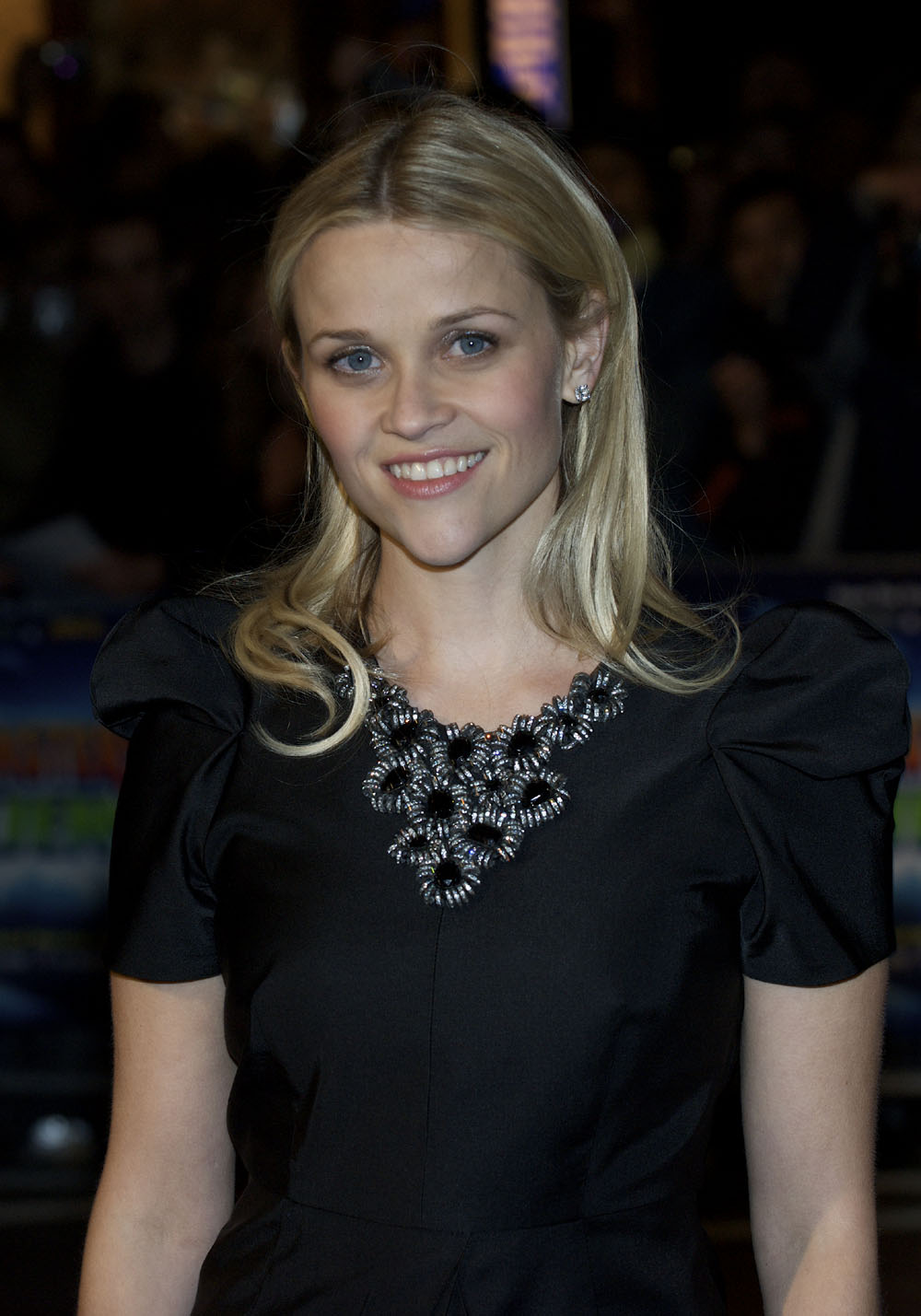 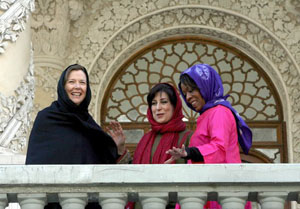 Eight members of the Academy of Motion Picture Arts and Sciences are currently in Tehran for several days of educational and cultural exchanges with Iranian filmmakers, students and others from Iran’s artistic community.

The visit was organized as part of the Academy’s International Outreach initiative, which has previously sent filmmakers to Vietnam for similar meetings and seminars with local filmmakers.

According to the Academy’s press release, “the Academy group was invited and is being hosted by Iran’s House of Cinema, an association of artists, craftsmen and technicians working in motion pictures. The trip is not sponsored by the U.S. State Department and there are no plans to meet with representatives of the Iranian government. In addition to Tehran, the group will visit Shiraz and Esfahan before returning to the United States on March 8.”

Don’t expect much information from the mainstream media about the meetings between Iranian and Hollywood artists. Instead, news sources have been focusing on Iranian president Mahmoud Ahmadinejad’s cultural advisor’s demand that before they are allowed to meet with Iranian officials the Hollywoodians must apologize for the S&M bare-leg fest 300 and for The Wrestler, in which Mickey Rourke’s character rips up an Iranian flag.

But then again, as per the Academy’s press release, the artists never intended to meet with any Iranian government representatives. It’s quite possible that said cultural advisor got the job because he – like the most cunning of Washington politicians – knows how to manipulate the media both at home and abroad. He certainly got the publicity he wanted.

As quoted in the release, Ganis has declared that “we have been very warmly received and even just our first few days here have been truly enlightening. We have been able to do everything on our planned itinerary and in fact, more opportunities are presenting themselves and we are thrilled to take advantage of those as well.”

I’m not one to blindly believe in press releases, but for once I hope that Ganis’ statements are 100 percent true and that the US media, which has been focusing on one Iranian bureaucrat’s inanities instead of providing more information about the exchange of ideas between artists of the two countries, is (as so often happens) way off the mark.

The Hollywood group’s itinerary is also supposed to include “seminars on various aspects of filmmaking including acting, writing, directing, producing and marketing; meetings with film students in both Tehran and Esfahan; and a visit to the set of an Iranian film currently in production.” Additionally, each of the Academy members will introduce a film from his or her career, and will watch several Iranian productions.

A sneak preview of Mary Stuart Masterson’s directorial debut, The Cake Eaters, starring Kristen Stewart, Aaron Stanford, and Bruce Dern, will be presented on Wed., March 11, at 7:30 p.m. at the American Cinematheque’s Egyptian Theatre in Hollywood. The screening will be followed by a discussion with Masterson, actor Bruce Dern, and various other cast members.

Written by Jayce Bartok (who also co-stars), The Cake Eaters is described as “a light-hearted, bittersweet romantic drama set in a small town where the intimate secrets and tensions of two families force them to come to terms with life, love and death.” The film took the audience award at the Ashland Independent and Ft. Lauderdale film festivals.

At Cinematical, Erik Davis says The Cake Eaters “is charming when it needs to be, and careful not to become too melodramatic. It’s one of those comfortable quiet films where most of the action is non-verbal and the characters rarely ever say what’s really on their minds. But when they do, the dialogue is delivered in a way that’s so personal, you almost feel like that awkward third party – he ear that’s not supposed to be hearing all this.”

The Cake Eaters will be available on DVD in late March.

Jan Troell ‘Everlasting Moments’ Opens in the US

“At the age of 77 the Swedish director Jan Troell ­ after a four-decade career that includes a best picture prize at the Berlin Film Festival, a Golden Palm nomination at Cannes and a best picture Oscar nomination ­ is among the world’s most distinguished filmmakers. He is also practically invisible in the United States.

“Only two of his films, the well-regarded 1996 Hamsun, about the Norwegian novelist Knut Hamsun, and Hurricane, a misfire from his brief sojourn in Hollywood in the late 1970s, are available here on DVD. His masterpieces ­ The Emigrants, The New Land, The Flight of the Eagle ­ have not been in print since the days of the laser disc.

“It’s a state of affairs that can drive his American fans to distraction but that does not appear to hold any particular interest for Mr. Troell.

“I haven’t really thought about that, Mr. Troell (pronounced tro-el) said by phone from his home near Malmo recently before politely moving the discussion to more relevant topics, like the opening in New York and Los Angeles on Friday of his latest movie, Everlasting Moments, a 2009 Golden Globe nominee for best foreign-language film. It will be the first Troell movie released in the United States in 12 years, but who’s counting?”

Well, this Troell fan is counting.

I managed to find some old, old copies of The Emigrants (1971, dubbed into English, I believe by – at least some of – the Scandinavian performers themselves as I could clearly recognize Max von Sydow’s voice) and The New Land (1972), both of which were nominated for the best foreign-language film Academy Award. (The Emigrants managed a best picture nomination as well.)

But the Oscar-nominated The Flight of the Eagle (1982), which I saw on cable years ago, has thus far been impossible to find. And the same goes for the remarkable Il Capitano (1991), which I watched in Europe a while back.

Multiple Guldbagge winner Everlasting Moments surprisingly failed to find a slot among the five Oscar nominees this year. Being a period drama about a woman who finds her personal path by way of a camera, I thought it was going to be not only a surefire nominee but also a possible (upset) winner. (It turned out that the upset winner was Departures, which beat front-runner Waltz with Bashir.)

Written by Niklas Rådström (from a story by Troell and his wife, Agneta Ulfsäter-Troell, who was inspired by her grandmother’s early life) and starring Maria Heiskanen, Mikael Persbrandt, and Jesper Christensen, Everlasting Moments opens in Los Angeles on Friday, March 6, at the Westside Pavilion’s Landmark movie complex in West LA.

Part II of the 27th annual “Contemporary Documentaries” screening series, presented by the Academy of Motion Picture Arts and Sciences, kicks off with two Academy Award-nominated documentaries, James Longley’s short Sari’s Mother and Michael Moore’s controversial feature Sicko, on Wednesday, March 25, at 7 p.m. at the Linwood Dunn Theater in Hollywood. Admission to all screenings in the series is free.

Sari’s Mother chronicles an Iraqi woman’s struggle to help her 10-year-old son, Sari, who is dying of AIDS.

Directed by Michael Moore and produced by Moore and Meghan O’Hara, Sicko is an indictment against the ailing U.S. health care system, through which huge corporations get richer at the expense of sick Americans.

The screening schedule for this year’s “Contemporary Documentaries” series, which runs through June 2009, is as follows:

Portraits of a Lady
Directed by Neil Leifer
Produced by Walter Bernard, Leifer

A Promise to the Dead: The Exile Journey of Ariel Dorfman
Directed and produced by Peter Raymont

Lake of Fire
Directed and produced by Tony Kaye

The 27th annual “Contemporary Documentaries” series is described as “a showcase for feature-length and short documentaries drawn from the 2007 Academy Award nominations, including the winners, as well as other important and innovative films considered by the Academy that year.”

All films will screen at the Linwood Dunn Theater at the Academy’s Pickford Center for Motion Picture Study on Wednesdays at 7 p.m. All seating is unreserved. Filmmakers will be present at screenings whenever possible.

Twilight Saga: To Brazil or Not? + Eclipse Goes Dark

Still trying to work out if this film is 100% fiction or based on reality?

Also, there’s a photography of the dead girl with the children in the window, have we seen this before, is my mind playing tricks?!

I so it, Kristen is awesome