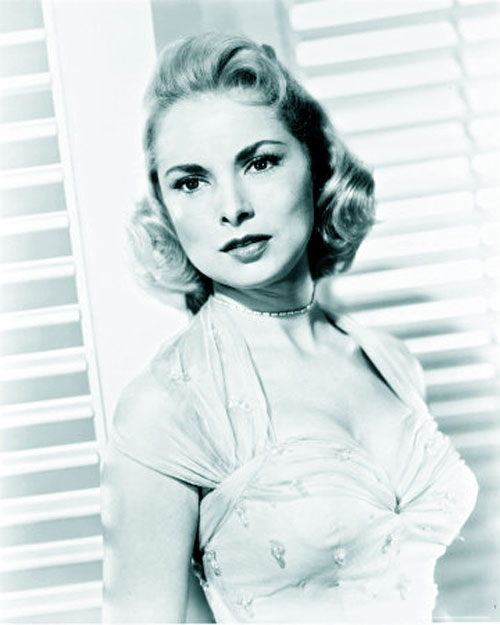 Janet Leigh, discovered by former MGM star Norma Shearer, was one of the many pretty (and quite talented) actresses who were mostly underused and underappreciated by studio moguls, producers, and directors. During her years as a studio contract player, Leigh was usually stuck in the peaches-and-cream mold even though the actress had the ability to handle both fruitier and meatier roles.

Of the films Turner Classic Movies has scheduled for Janet Leigh Day on Tuesday, Aug. 26, at least two show the actress at her best.

The most famous one is Alfred Hitchcock’s Psycho, in which Leigh chooses to take a shower at the wrong time and at the wrong place. The best one, however, is Orson Welles’ Touch of Evil, a mad, dark ride in which Leigh delivers a strong dramatic performance as Mexican (!) narcotics officer Charlton Heston’s American wife. Orson Welles overdoes his corrupt police captain, but Heston, for once, actually acts, while Marlene Dietrich and Mercedes McCambridge are excellent in cameos. As a plus, Touch of Evil boasts moody black-and-white cinematography by Russell Metty. (Though set at the Mexican-American border, some of the film’s exteriors were shot in Venice, not far from Muscle Beach.)

I haven’t watched Fred Zinnemann’s film noir Act of Violence, but I recall Mary Astor commenting in one of her autobiographical tomes that it was a relief to actually be doing a “real” film after showing up on the set to do fluff like the 1949 Little Women remake.

Anthony Mann’s The Naked Spur is a great-looking Western, but it needed a tighter screenplay. Robert Ryan and Ralph Meeker deliver the film’s most charismatic performances.

Scaramouche is one of the most enjoyable swashbucklers ever made. Leigh does only the peaches-and-cream bit, but Eleanor Parker is lively as the chief love interest and Stewart Granger is appropriately dashing in the title role. George Sidney directed with a balletic touch.

3:00 AM Romance Of Rosy Ridge, The (1947)
A farmer’s daughter falls in love with a man who fought against her family in the Civil War. Cast: Van Johnson, Thomas Mitchell, Janet Leigh. Director: Roy Rowland. Black and white. 106 min.

6:45 AM Angels in the Outfield (1951)
The short-tempered manager of the Pittsburgh Pirates mends his ways in return for a little divine assistance. Cast: Paul Douglas, Janet Leigh, Keenan Wynn. Director: Clarence Brown. Black and white. 99 min.