In addition to a screening of Crouching Tiger Hidden Dragon, the Academy of Motion Picture Arts and Sciences will have another East Asian cinematic event in the upcoming weeks: an evening dedicated to the Japanese magic lantern tradition of Utsushi-e, described as “a blend of moving images, light, color, music, storytelling and traditional art.” Presented by the Academy’s Science and Technology Council, the Minwa-za Company of Tokyo will make its American premiere performance on Wednesday, July 2, at 8 p.m. at the Linwood Dunn Theater in Hollywood.

As per the Academy’s press release, the program, led by Minwa-za of Tokyo director Fumio Yamagata, will “recreate and examine the uniquely Japanese art form using reproductions of lanterns and slides of the Edo era,” including “a technical presentation on the inner workings of the Utsushi-e rear-projection technology as well as a demonstration of the skills required for a performance.”

The following background information is also from the press release:

“Created more than a century before the invention of film, Utsushi-e represents one of the earliest forms of projection technology and in many respects is a forerunner of modern filmmaking. In contrast to traditional Western magic lantern shows, which used single-lantern front projection, Japanese magic lantern shows relied on a combination of fixed and hand-held rear-projection techniques, drawing on some elements of European phantasmagoria and incorporating the traditions of Asian shadow shows and puppet theater.

“Utsushi-e used six or more magic lanterns positioned behind a long semi-transparent paper screen. The lanterns and slides were constructed of balsa wood, making them lightweight and easy to manipulate; in some cases slides with moving parts were also used. Utsushi-e performers developed elaborate projection techniques whose effects might be described in filmmaking terms as cuts, fades, dissolves, double exposures and zooms.”

(Photos: above center image shows a print of a japanese magic lantern and projection on the cloth of a kimono; above right image shows a Minwa-za performance at the Metropolitan Art Theatre, Ikebkuro, Tokyo, 2007)

Tickets to “The Minwa-za Company of Tokyo” are $5 for the general public and $3 for Academy members and students with a valid ID. 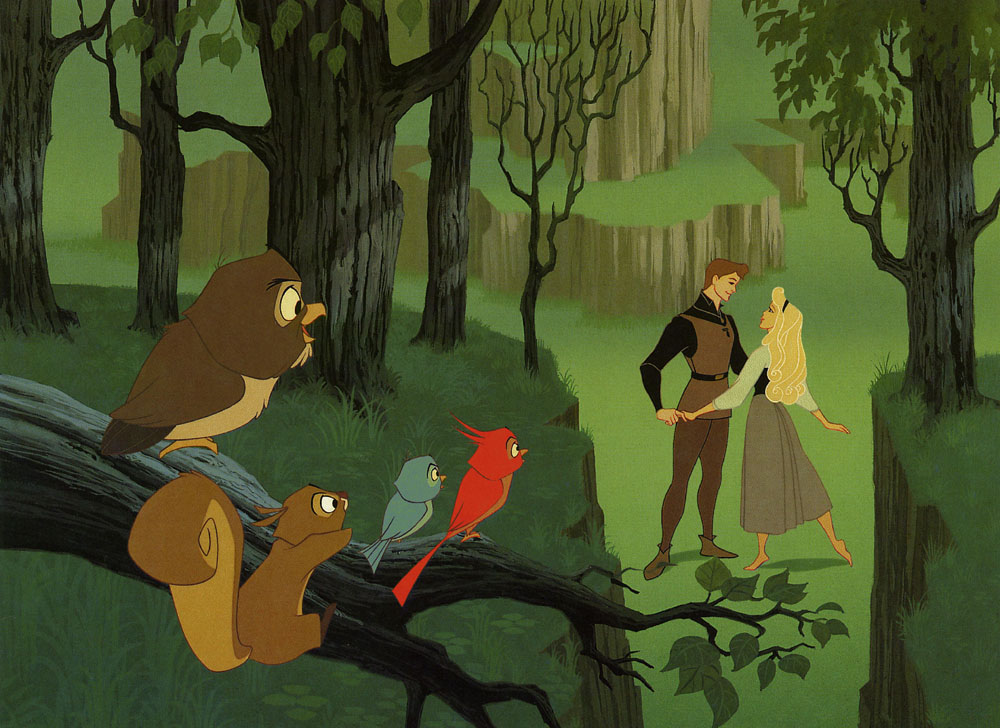 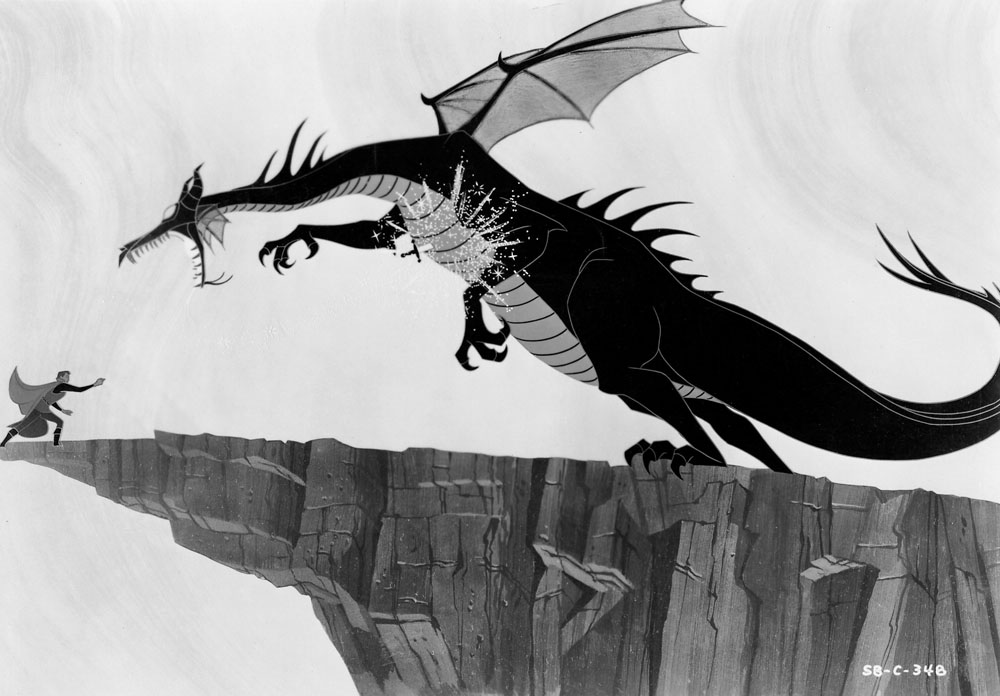 As part of the Academy of Motion Picture Arts and Sciences’ Gold Standard series, the premiere screening of a newly restored digital version of the Walt Disney Studios’ 1959 animated feature Sleeping Beauty will be presented on Friday, July 18, at 7:30 p.m. at the Samuel Goldwyn Theater in Beverly Hills. The evening will be hosted by film critic Leonard Maltin.

As per the Academy’s press release, “Walt Disney envisioned Sleeping Beauty as his masterwork, and his nearly decade-long effort to bring the 17th century fairy tale to the screen at the then-shocking cost of $6 million resulted in an exquisitely detailed animated fantasy. With the enchanting fairies Flora, Fauna and Merryweather, the beautiful Princess Aurora, her valiant Prince Phillip, and the evil witch Maleficent all modeled on extensive footage of live actors, the human characters are remarkably lifelike, and Eyvind Earle’s visual and color stylings realize Disney’s conception of the film as a ‘moving illustration.'”

(I interviewed Eyvind Earle for my biography of Ramon Novarro – Earle’s father, Ferdinand Pinney Earle, had directed Novarro in his first important film role. Following our chat, he generously sent me a copy of his autobiography, Horizon Bound on a Bicycle, in which he discusses his work on Sleeping Beauty.) 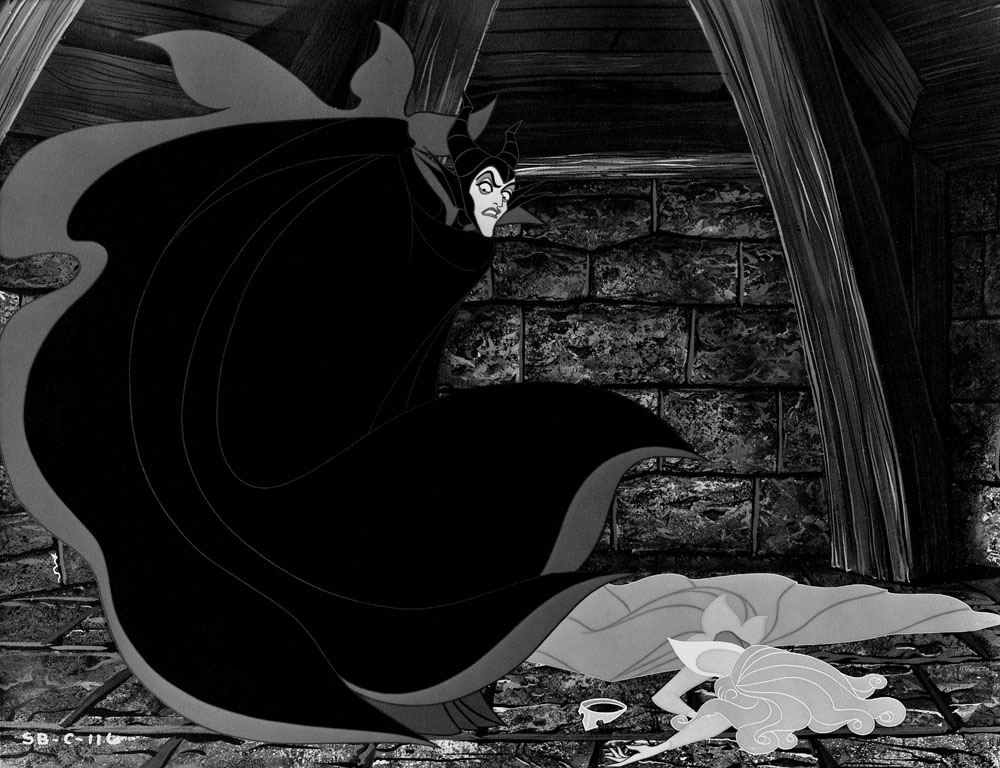 The Academy release adds that “the new digital restoration of Sleeping Beauty comes from 4K scans of the camera original successive exposure Technirama negative. The 7.1 audio remix was created from the Disney Studio’s 35mm mag elements, including the original 3-track stereo music masters, which were recorded in Berlin in 1958.”

Original artwork from Sleeping Beauty can be found at the Academy’s exhibition “Ink & Paint: The Art of Hand-Drawn Animation,” which focuses on the creative process of pre-computer animation, from storyboards and color keys to layouts and cels – including the work of Eyvind Earle. Ink & Paint is currently on display in the Academy’s Grand Lobby Gallery. The exhibition will be open for viewing following the Sleeping Beauty screening.

Tickets to Sleeping Beauty are $5 for the general public and may be purchased online at www.oscars.org, in person at the Academy box office or by mail. Doors open at 6:30 p.m. The Samuel Goldwyn Theater is located at 8949 Wilshire Boulevard in Beverly Hills. All seating is unreserved. For more information, call (310) 247-3600.

Wow..! I Didn’t know that the Japanese thought of the idea of projection so early.