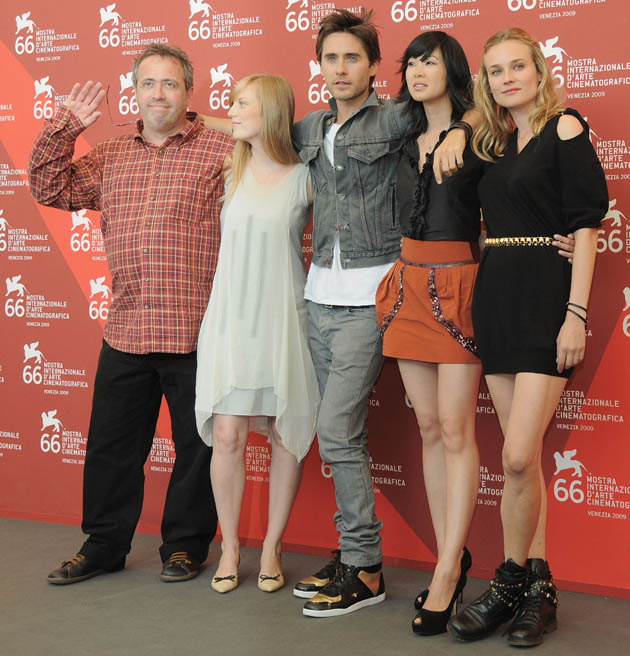 Mr. Nobody director Jaco van Dormael along with actors Jared Leto, Sarah Polley, Linh Dan Pham, and Diane Kruger were all present at the photocall for their movie, screened at the 2009 Venice Film Festival. (Click on the image above to enlarge it.)

Further below you’ll find more images from the photocall and from the Mr. Nobody official dinner at the Sangal restaurant on Sept. 11.

Marking the return of writer-director Jaco van Dormael following a 13-year break, Mr. Nobody tells the curious case of Nemo, a man (Jared Leto) who wakes up in the year 2092, when he happens to be both 120 years old and the last mortal on Earth.

Jared Leto has been featured in about 20 movies since his debut in Jocelyn Moorhouse’s How to Make an American Quilt in 1995. Besides Mr. Nobody, notable titles include:

In front of the camera, Polley has been featured in nearly 40 films since her debut at age 6 in Phillip Borsos’ One Magic Christmas (1985). Notable titles include:

Linh Dan Pham has been featured in about 10 films since her debut in Régis Wargnier’s Indochine – starring Catherine Deneuve and Vincent Perez, and the winner of the 1992 Best Foreign Language Film Academy Award.

Diane Kruger has been seen in about 20 movies since her 2002 debut in Jean-Pierre Roux’s The Piano Player.* Notable titles include:

* The Piano Player is not to be confused with Michael Haneke’s 2001 psychological drama The Piano Teacher, starring Isabelle Huppert, Annie Girardot, and Benoît Magimel. 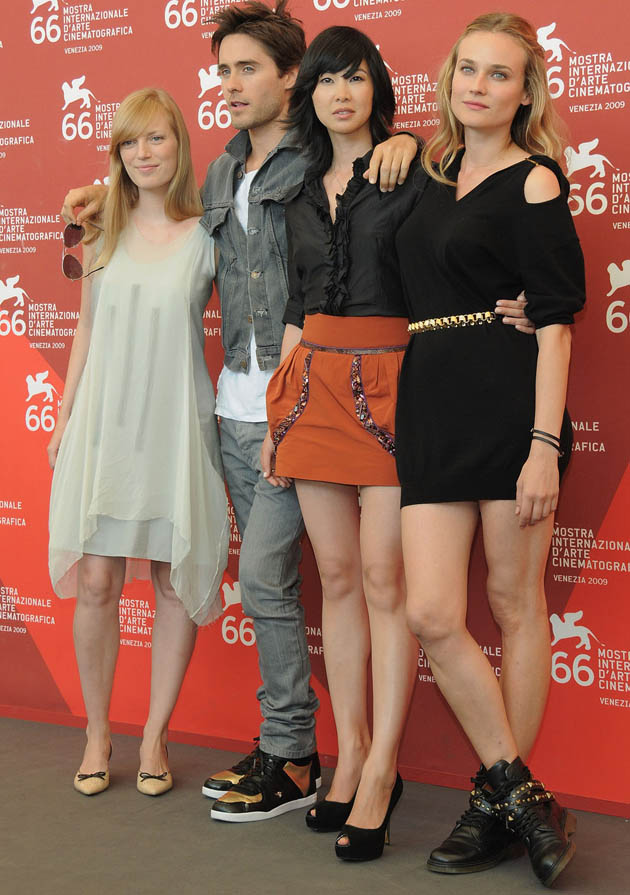 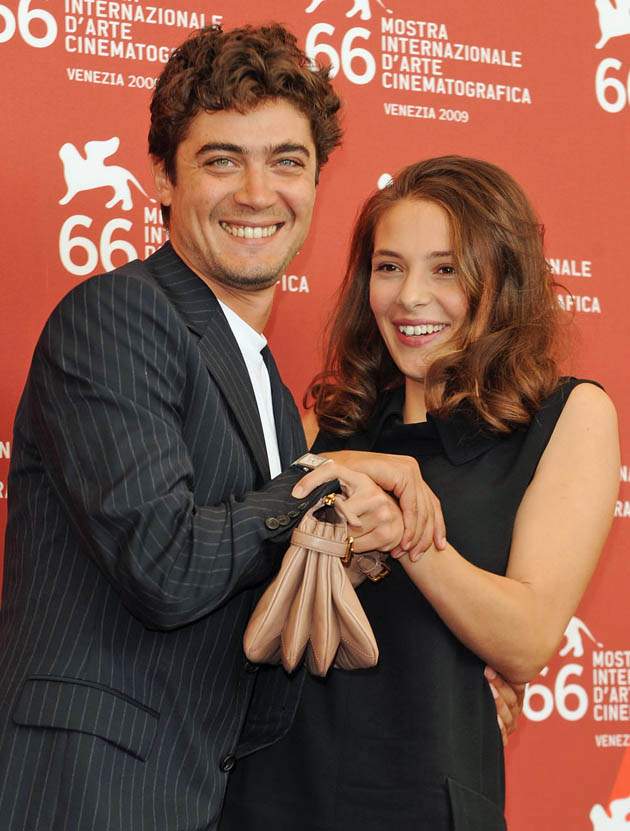 Riccardo Scamarcio and Jasmine Trinca at ‘The Big Dream’ photocall.

Directed by Michele Placido, The Big Dream revolves around the relationship between a police offer (Riccardo Scamarcio) and an anti-government activist (Jasmine Trinca). Also in the cast: Luca Argentero and Massimo Popolizio.

In the last 15 years, Cucinotta has remained busy in Italian cinema. Her 2009 credits include:

Another Venice attendee, actress Carolina Crescentini (image further below) has a trio of 2009 releases:

Below are a few more images from the 2009 Venice Film Festival, including Maria Grazia Cucinotta on the Red Carpet, Riccardo Scamarcio and Michele Placido on The Big Dream Red Carpet, and a couple from the Repo Chick and Brooklyn’s Finest photocalls. 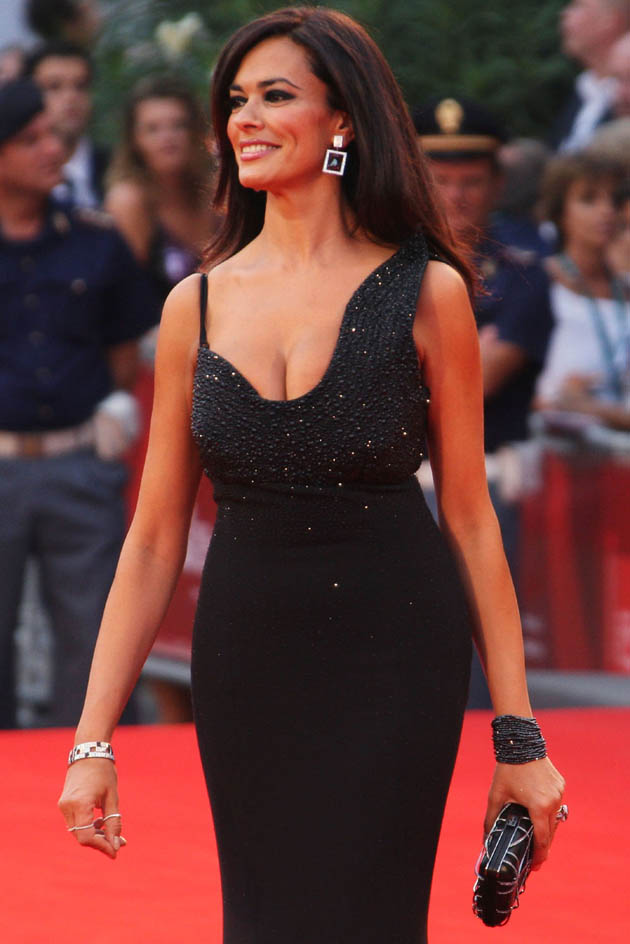 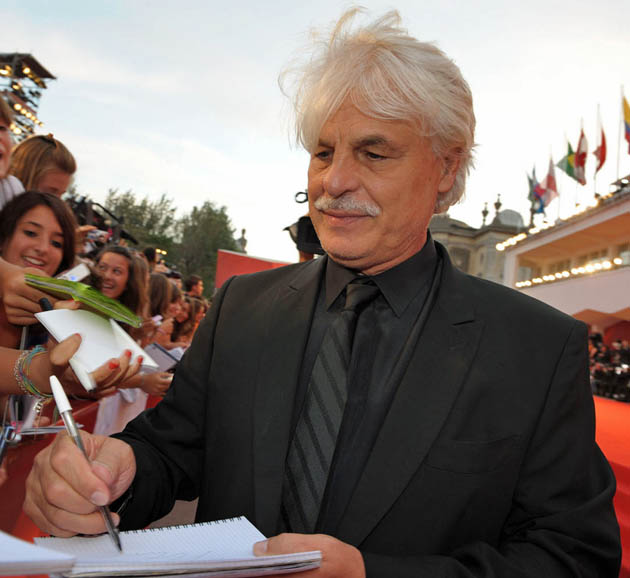 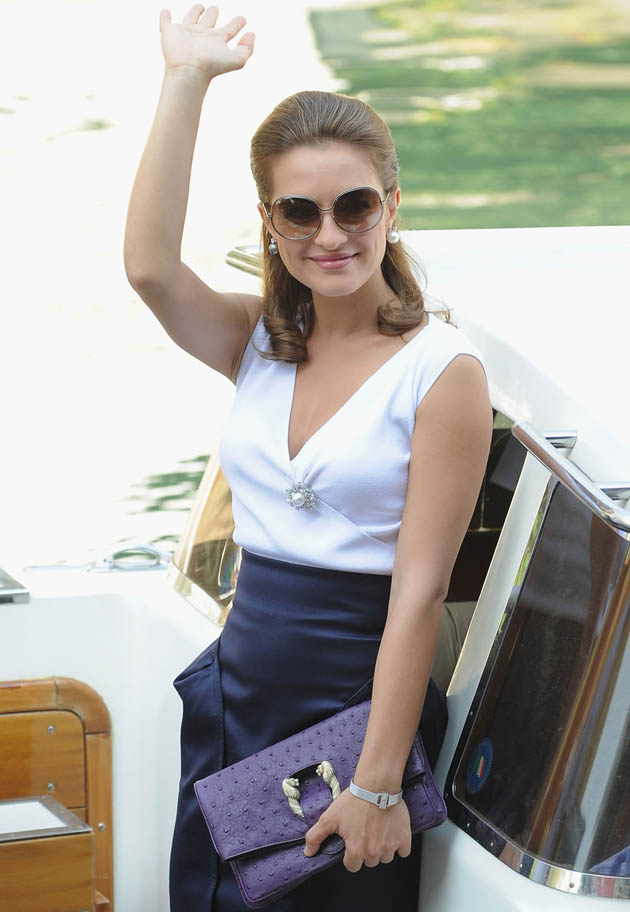 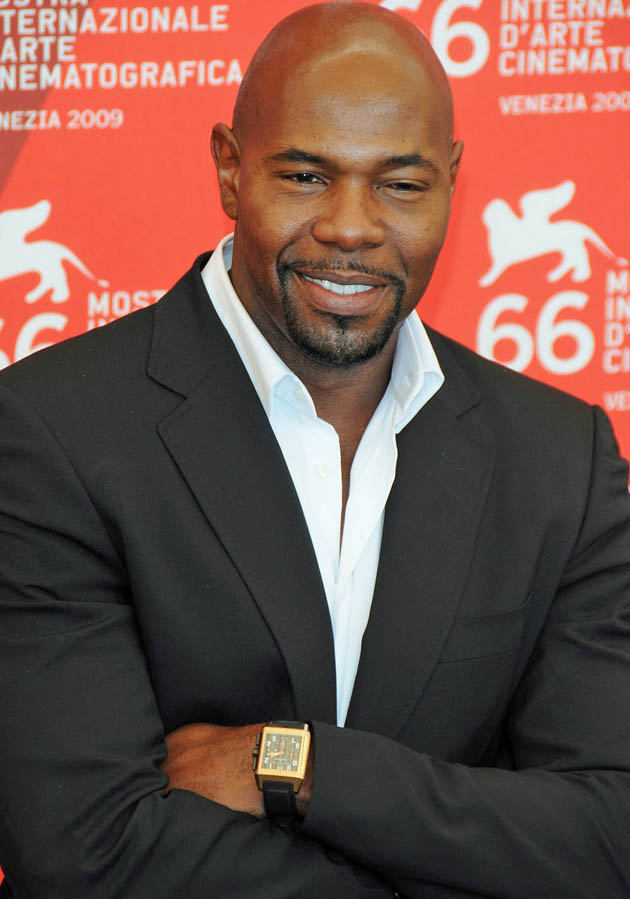 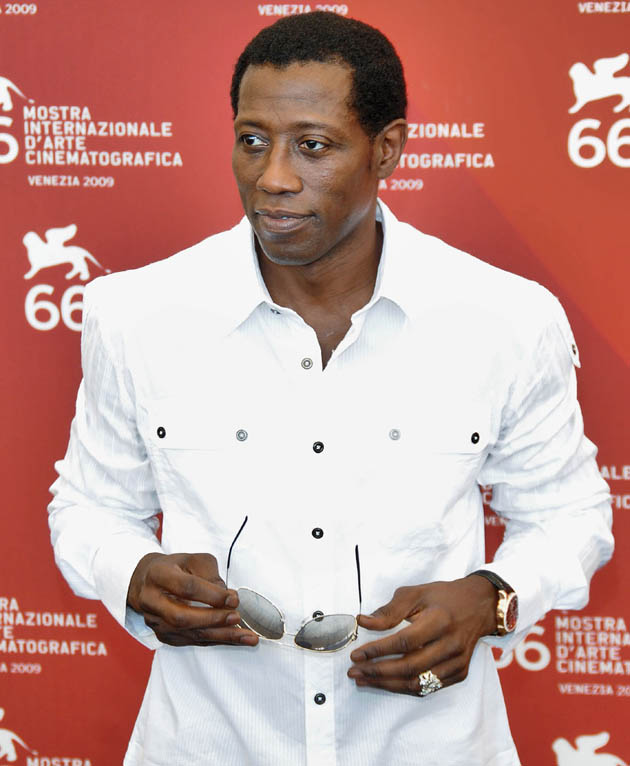 American Graffiti and Star Wars filmmaker George Lucas was on hand at the 2009 Venice Film Festival to present John Lasseter, Andrew Stanton, Lee Unkrich, Brad Bird, and Peter Docter with the Lifetime Achievement Golden Lion at a ceremony honoring the Pixar filmmakers on Sept. 6 at Venice’s Sala Grande. (Click on the image above to enlarge it.)

Among the Pixar movies of the past 15 years or so are: 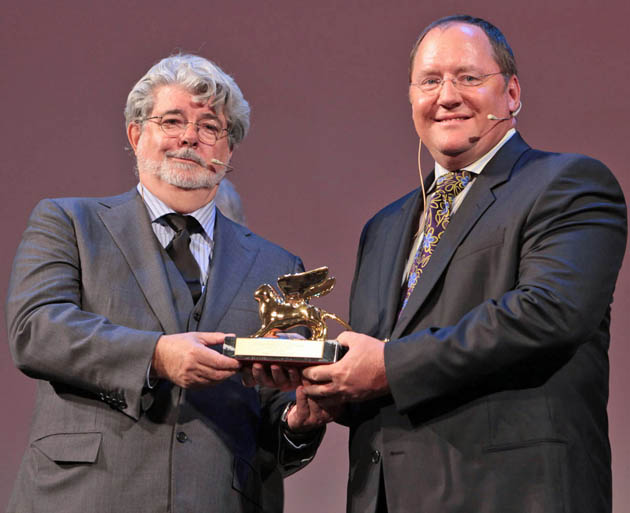 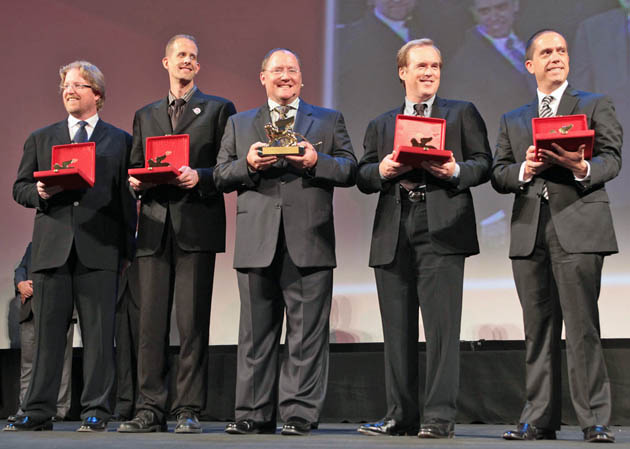 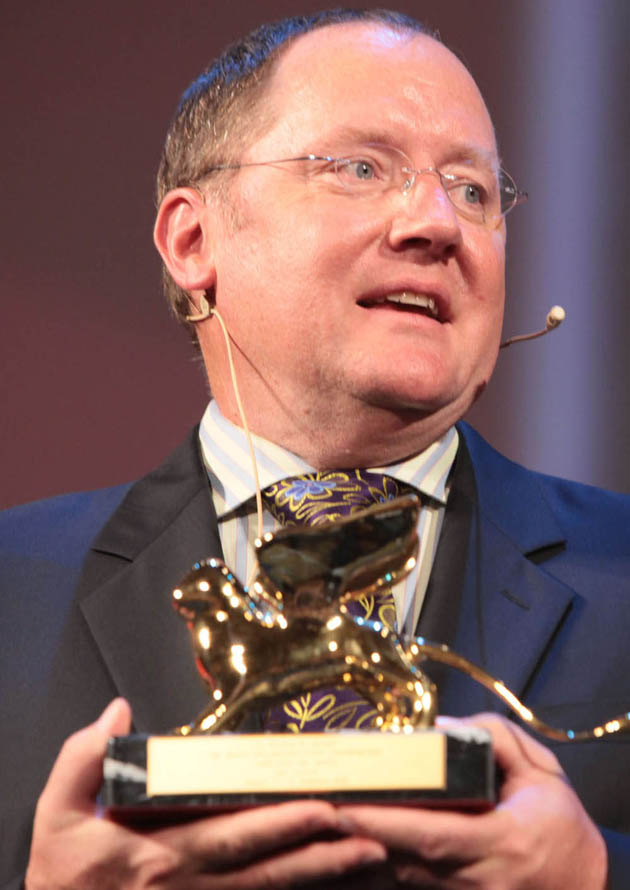 Romanian-born filmmaker Bobby Paunescu’s Francesca, which premiered at this year’s Venice Film Festival, may be banned from Italian screens following a legal motion by far-right lawmaker Alessandra Mussolini (right), granddaughter of dictator Benito Mussolini and niece of Sophia Loren. Reason for Mussolini’s outrage: in one scene in Francesca, she is called “a whore.” (In 2007, Mussolini created a furor after stating that all Romanians living in Italy were “criminals.”)

According to reports, right-wing Verona mayor Flavio Tosi has said he has also filed a criminal complaint against Francesca because in the film he is depicted in a “vulgar” manner. Tosi, who has been accused of both racism and instigating racial hatred, is reportedly referred to as “a shitty mayor.”

In Francesca, which is co-produced by Cristi Puiu (the director of the widely acclaimed The Death of Mr. Lazarescu), a Bucharest schoolteacher (Monica Birladeanu, Paunescu’s off-screen companion) struggles to find a way to emigrate to Italy, home to anywhere between 600,000 and 1 million Romanians. The problem is that Romanians aren’t exactly welcome west of the Adriatic, where several high-profile crimes have been blamed on them.

Paunescu, who grew up in Italy, says he doesn’t intend to cut any scenes from Francesca – something that would be tantamount to Michael Moore opting to chop up Fahrenheit 9/11 because it hurt the feelings of, say, the former White House occupants, the Saudi royal family, or Britney Spears. Since the courts have actually taken up the matter, Italy’s freedom of speech laws are apparently quite different than those of the United States. (Though that didn’t prevent Michael Moore, at Venice to promote Capitalism: A Love Story, to make fun of scandal-plagued Italian prime minister Silvio Berlusconi.)

“What is important about my film,” Paunescu told The Independent, “is its discussion of the Romanian community. Twenty per cent of the population in the last 10 years have emigrated, the majority to Italy, which has become the ‘promised land’ for many Romanians. Yet at the same time, there is a negative perception about the country. The film is not an attack on anyone. I’m trying to highlight the prejudices. I think the film creates a valid debate.”

In 2006, long before she was called “a whore” by a movie character, Mussolini was called “a fascist” by transgender MP candidate Vladimir Luxuria. Mussolini’s response: “Meglio fascista che frocio,” or “it is better to be a fascist than a faggot.” (I wonder what Sophia Loren thought of this exchange.)

A ruling on the Italian fate of Francesca is expected before the end of October when the film is scheduled for release. 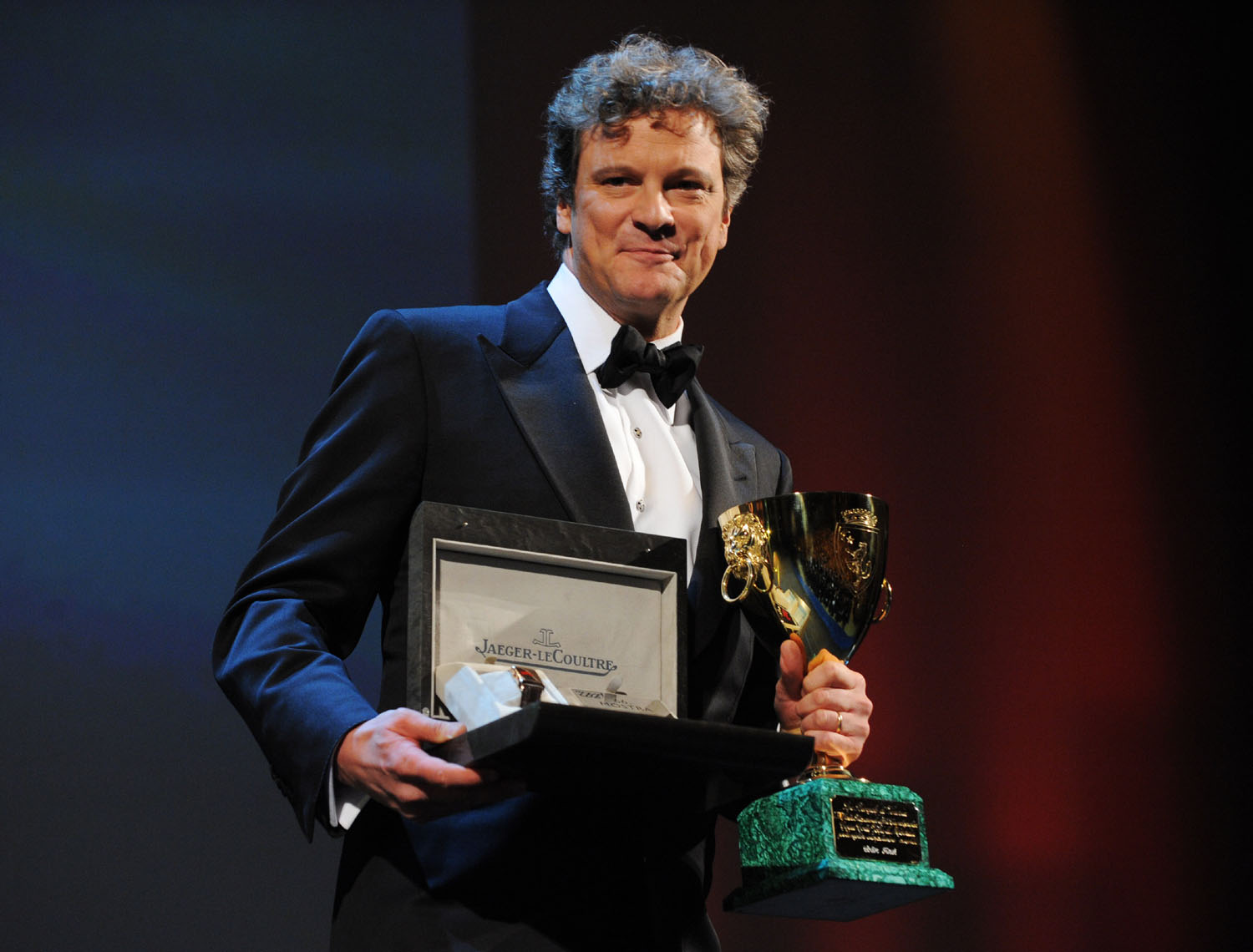 Orizzonti Prize for Best documentary to 1428 by DU Haibin (China)

Persol 3-D Award for the Best 3-D Stereoscopic Film of the Year: The Hole by Joe Dante (USA)