The images below are from arrivals at AFI Fest 2008 held at Arclight Hollywood on November 6. 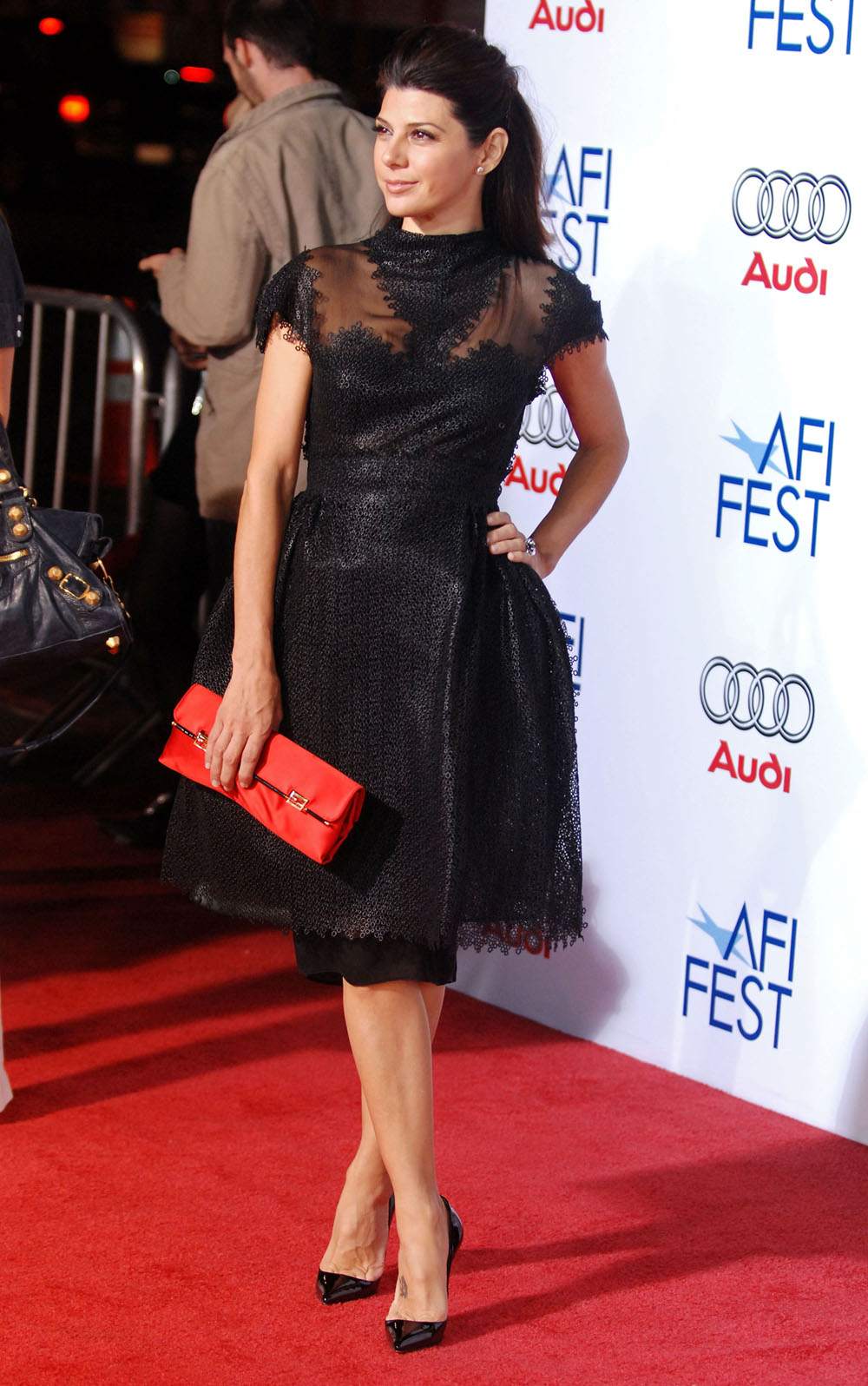 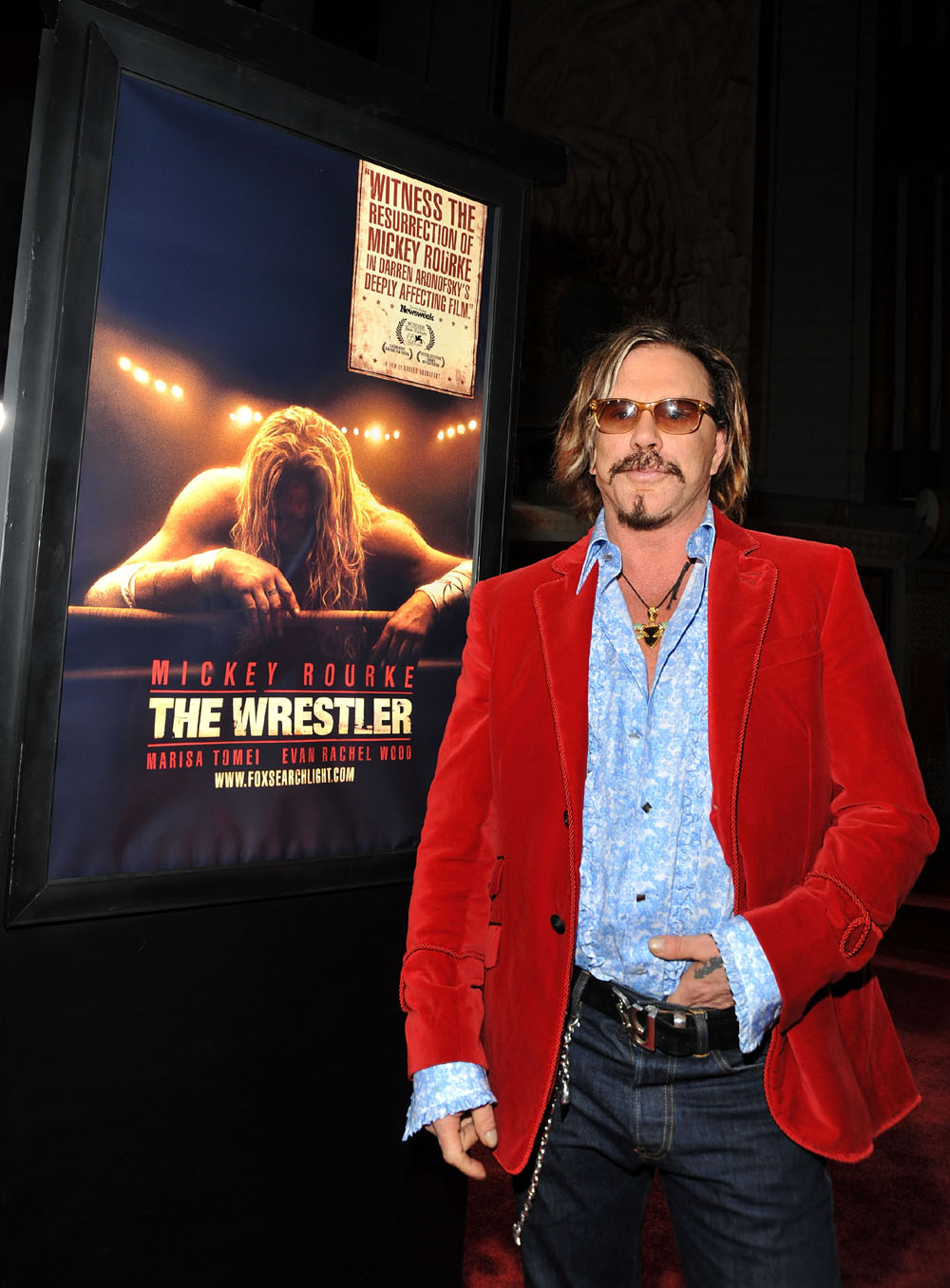 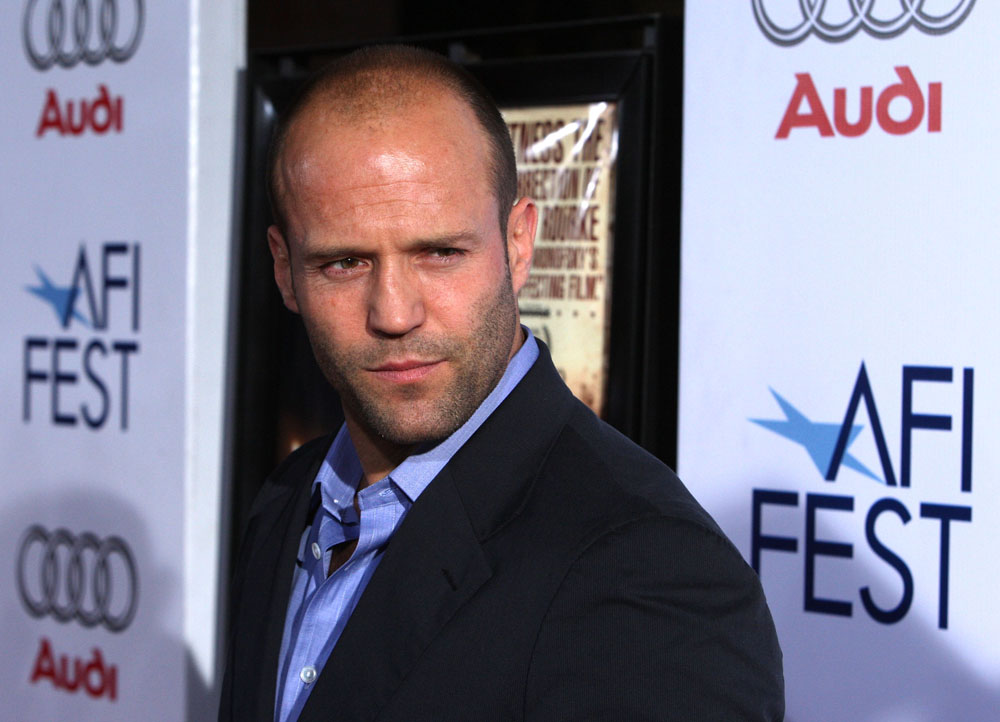 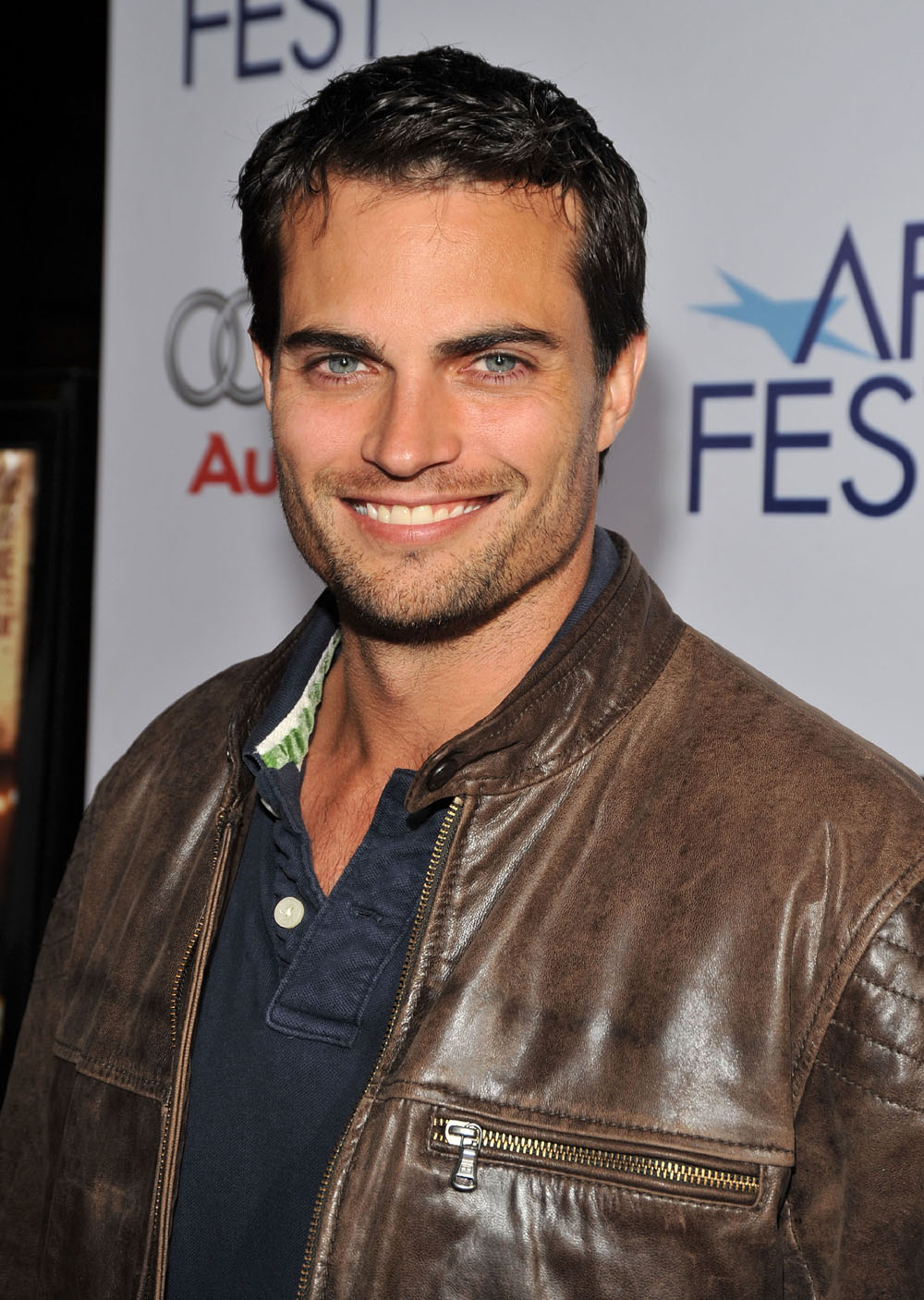 The images below are from arrivals at AFI Fest 2008 held at Arclight Hollywood on November 5. 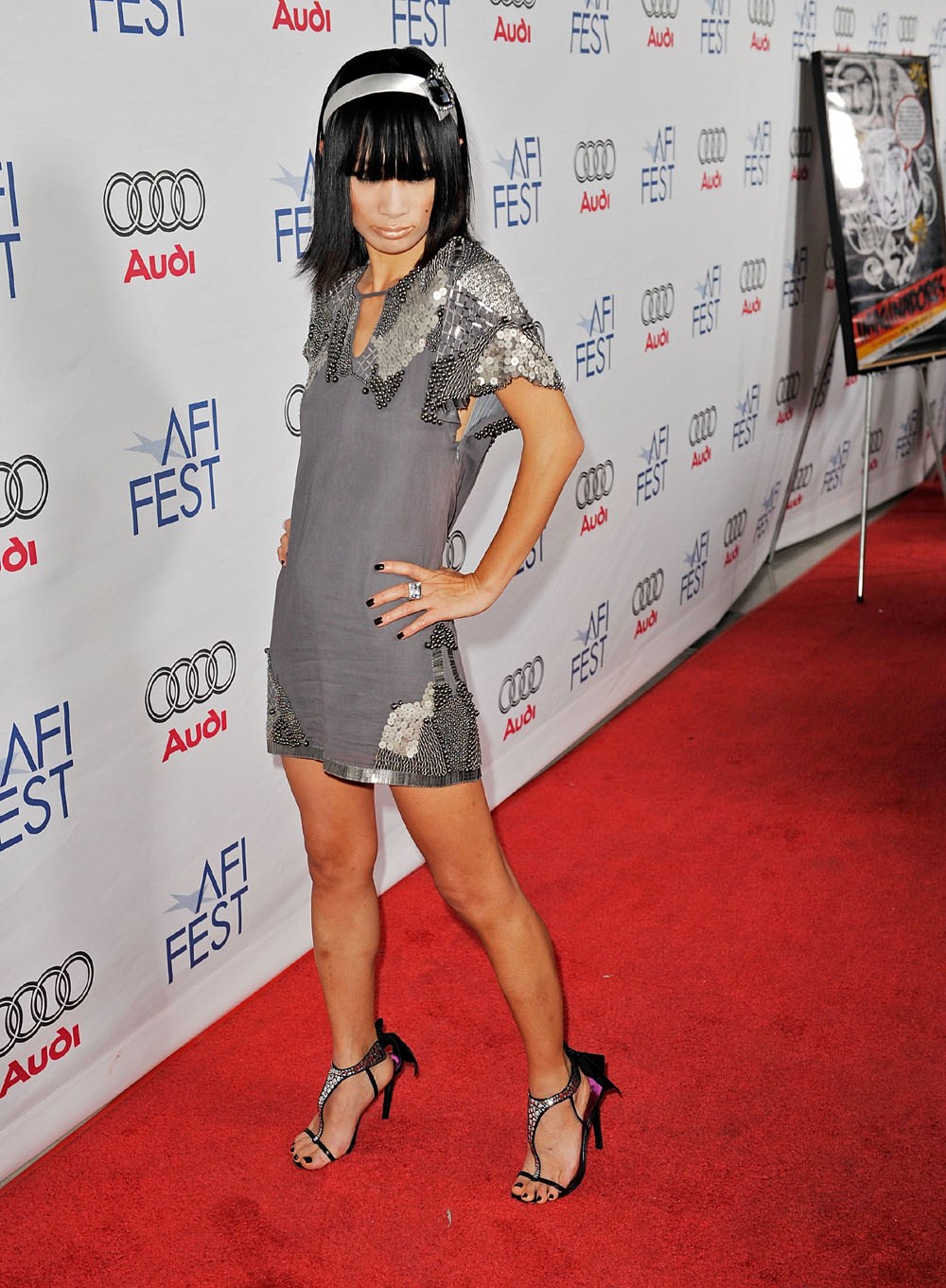 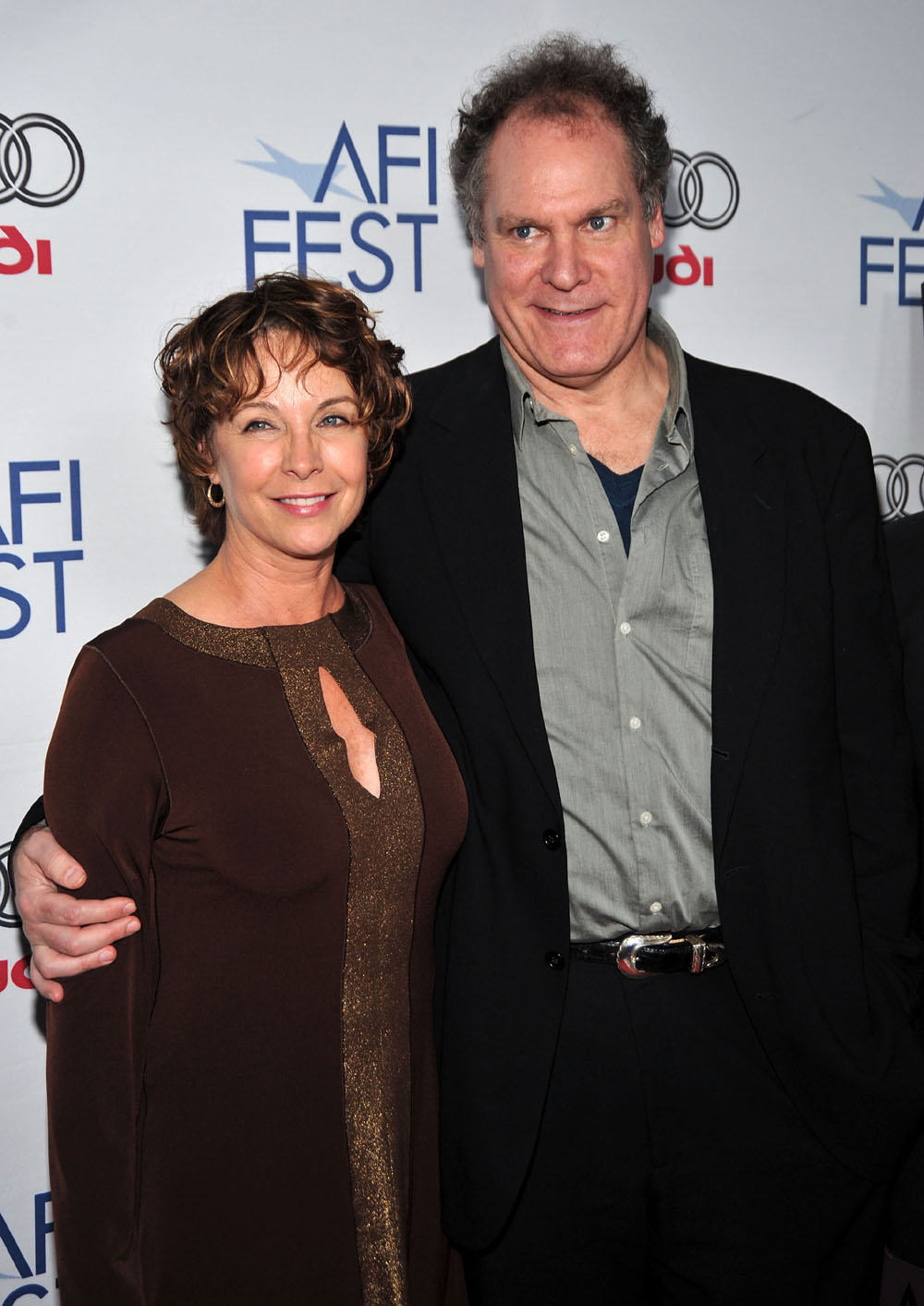 The images below are from arrivals at AFI Fest 2008 held at Arclight Hollywood on November 2. 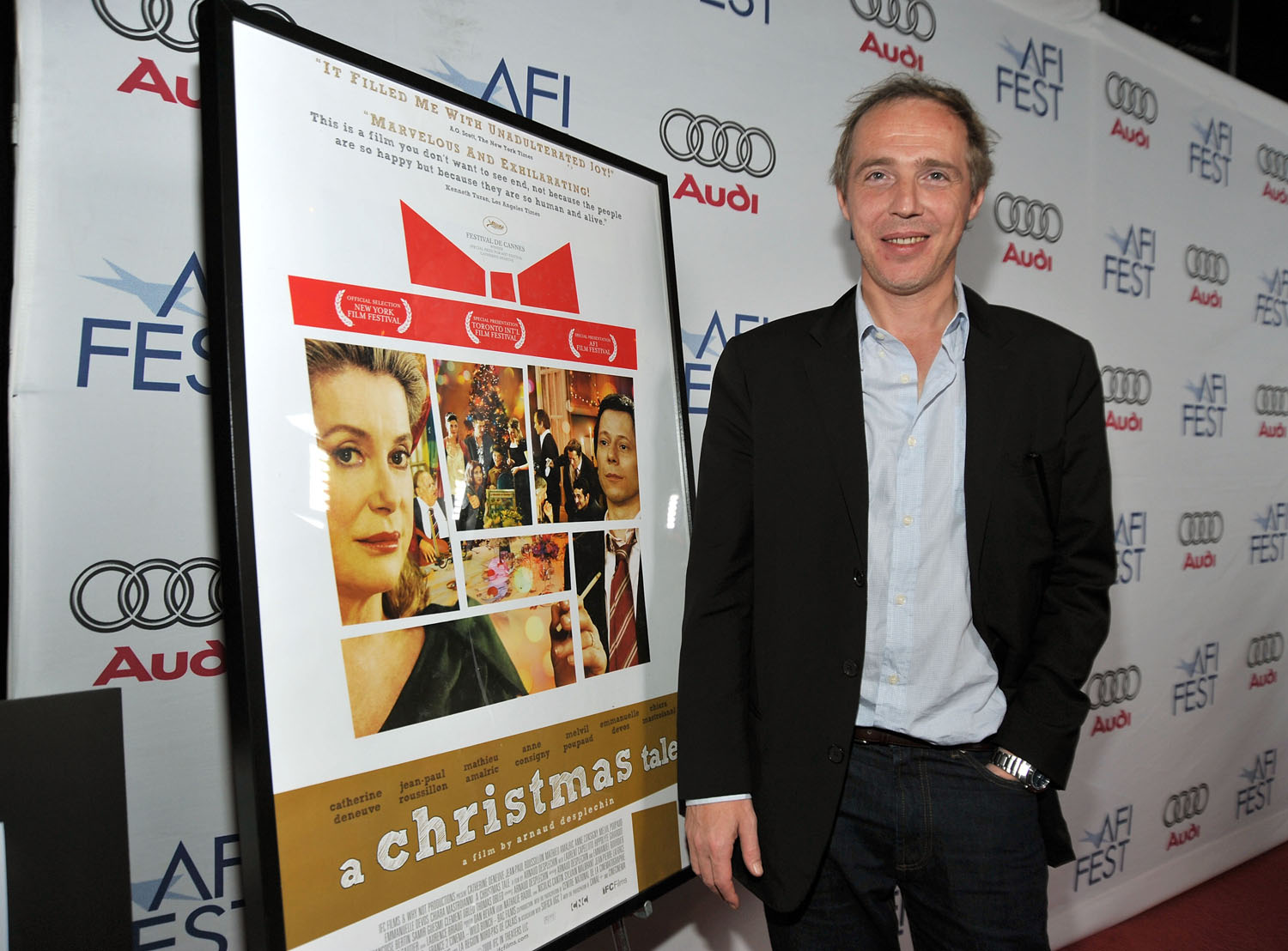 Below are a few choices tonight, November 3, at AFI FEST 2008, held at ArcLight Hollywood.

The Brothers Bloom (USA). Directed and Written By: Rian Johnson

Academy Award winner® Rachel Weisz (THE CONSTANT GARDENER), Academy Award® winner Adrien Brody (THE PIANIST), Mark Ruffalo (ZODIAC), and Academy Award® nominee Rinko Kikuchi (BABEL) star in this globe-trotting comedy about the last great adventure of the world’s two best con men. Welcome to the world of THE BROTHERS BLOOM, where deception is an art and nothing is as it seems. The brothers have perfected their craft through years of fraternal teamwork. Now they’ve decided to take on one last spectacular job—luring a beautiful and eccentric heiress into an elaborate plot that takes them around the world. For as long as they can remember, the Brothers Bloom have had only each other to depend on. From their childhood in a long series of gloomy foster homes to their highflying lives as international con artists, Stephen (Ruffalo) and Bloom (Brody) have shared everything. Stephen brilliantly concocts intricate stories that the brothers live out, but he’s still searching for the perfect con, the one where “everyone gets what they want.” Meanwhile, Bloom yearns for “an unwritten life”—a real adventure, one not dreamed up by his older brother.

Spanning 30 years in the history of South Africa, this story follows the life of Sandra Laing (Sophie Okenodo), a young woman who, despite being born to a white Afrikaner parents, has light brown skin and curly hair. From a white African family but possessing of black African physical features, Sandra defies the classifications that served as the foundation of South Africa’s systemic racism. Sandra grows up in a sheltered environment on a rural farm, loved and nurtured by her father (Sam Neill) and mother (Alice Krige). It is not until she is thrown out of the same all-white boarding school that her brother attends that reality sets in: Sandra will not have the same opportunities as everyone else in her family. Sandra’s parents immediately set out to have her legally classified as “white” in 1960s apartheid-era South Africa, setting in motion a legal battle that marks Sandra with the strength and self-awareness that ultimately enables her to embrace her identity and cultural legacy as an African woman. It is impossible to watch this film, which is based on a true story, without being swept up by the undercurrent of sadness. These strong emotions penetrate the wrenching performances from Okenodo, Neill and Krige, members of a family torn asunder. Jacqueline Lyanga

Hyperkinetic and brash, co-writer and director Gustavo Spolidoro’s adventurous film is not so much a traditional piece of cinema as it is an incitement to riot. Veering from sublime to ridiculous, mashing up sacred and profane, bitingly funny and piercingly sad, this film’s contempt for propriety is only exceeded by its utter loathing of convention. The place is Porto Alegre, Brazil, where we experience one day in the interrelated lives of a group that stretches the definition of “eclectic” to heretofore unimaginable dimensions. Be aware: People will die, bizarre theories regarding the Great Apes will be expounded upon and Santa will get much drunker. As the stellar cast leads us through the Möbius strip plot, it can be difficult to remember that this film was shot in one complete take, a remarkable technical achievement that has never seemed so necessary. A roaring, new incarnation of punk rock filmmaking, STILL ORANGUTANS is overwhelming in the best possible way. So do not blink, do not budge and, please, no matter how lovely the bottles might be, do not drink the perfume. Jon Korn

Director Fernando Eimbcke returns to AFI FEST (his first film, DUCK SEASON, won the 2004 Grand Jury Prize) with his second film, one with a strong autobiographical element. After Eimbcke’s father died, he passed through a long denial process and then crashed the family car. LAKE TAHOE was  born out of these events as an attempt for Eimbcke to understand the reasons that pushed him to commit such an act, “such an absurd and profoundly human act” as he puts it.    In an attempt to escape from a home where sorrow reigns, 16-year-old Juan crashes his family’s car into a telegraph pole on the outskirts of town. Juan calls home, where his younger brother, Joaquín, tells him that their mother is still locked in the bathroom. Juan hangs up. After scouring the streets searching for someone to help him fix the car, Juan meets Don Heber, a paranoid mechanic whose only companion is Sica, his almost-human boxer dog. Don Heber promises to fix the car as soon as Juan can find a needed part, and so Juan sets off on an urban quest. LAKE TAHOE is a thoughtful, evocative portrayal of death, longing and the static nature of life sometimes. Combining the powers of observance and understatement, Eimbcke renders an emotional tale of a young man on a journey that will change his life. Shaz Bennett

This film—which won best actress awards for Ana Carabajal and Luisa Núñez at the Biarritz and the Mannheim-Heidelberg film fests—balances social criticism, fear, fantasy and reality in the lives of the women with family in prison. For her college thesis, film student Alicia (Carabajal) is making a documentary about the women whose sons and husbands are inmates at a local jail. The only problem: No one is willing to be interviewed on camera, except the desperate Elsa (Núñez), whose son Luis has recently been arrested for a petty crime. Elsa will grant Alicia an interview only if she agrees to visit Luis in jail. Alicia reluctantly agrees to Elsa’s proposition, but that visit sends Alicia’s world spiraling. Blurring documentary and fiction (the film was shot in gritty, operating penitentiaries in Argentina), PROPER EYES takes the audience on a suspenseful ride. First-time director Liliana Paolinelli employs unconventional storytelling, asking the audience to actively work to uncover the story behind two fascinating women and eliciting nuanced and insightful performances from her leads. PROPER EYES reveals her as a passionate and inventive filmmaker. Shaz Bennett

Achilles and the Tortoise (Japan). Directed and Written By: Takeshi Kitano

The West has no real analogue to Takeshi “Beat” Kitano. One of Japan’s best-known celebrities, he has been a stand-up comic, TV personality, novelist, painter, academic and, as international film buffs know, a major film director. The fluidity he’s demonstrated in his creative life is also echoed in his film work, which deals with shifting identities, self-construction and playful reinvention. He reinvented the yakuza (gangster) genre, adding surprising emotional depth and idiosyncratic tonal shifts to films including SONATINE and FIREWORKS before moving on to semiautobiographical works including KIDS RETURN. With ACHILLES, he completes a trilogy about the clash between artistic expression and societal constraint, between creativity and commerce. The story follows Machisu, who as a boy demonstrates a gift and passion for painting. As we trace his life—a teenager deep into his creations, a student wrestling with modern art, an adult, making a living painting reproductions in between working on his own pieces—we see the struggle of the individual against the soul-crushing realities of capitalism. Machisu loses everything, but keeps painting. He’s left, as perhaps he prefers, alone with his art. But is it any good? And who’s to judge? Kitano weaves together the comic and tragic, the absurd and the inspiring to tell a compelling story that richly resonates with his own life.

The synopses are from the films’ press releases.

KASSIM THE DREAM – a film by KIEF DAVIDSON

Kassim “;The Dream” Ouma — the Junior Middleweight Champion of the World — was kidnapped at age 6 in Uganda and trained to be a rebel soldier.

He became an army soldier and was forced to commit many horrific atrocities making him both a victim and a perpetrator. He soon discovered the army’s boxing team and realized the sport was his ticket to freedom. After 12 years of warfare, Kassim defected from Africa and arrived in the US. Homeless and culture shocked, he quickly rose throughthe boxing ranks.

Now at 27, he seems to have obtained the American Dream with his jovial nature, fame and hip hop lifestyle. As he trains for his next world title fight against Jermain Taylor in Arkansas, keeping his demons out of the ring becomes even more difficult. His desires to reunite with his family in Uganda intensify when Kassim’s only hope for a safe return is a military pardon from the President and government responsible for his abduction. KASSIM THE DREAM tells his compelling story.

OF ALL THE THINGS – a film by JODY LAMBERT

OF ALL THE THINGS is the most unique comeback story of the year. Authoring a diverse array of pop gems such as “;Ain’t No Woman Like The One I’ve Got,” “;Rhinestone Cowboy,” “;Don’t Pull Your Love,” “;Baby Come Back” and “;Nightshift,” Dennis Lambert was one of the most successful and diverse songwriter/ producers of the ’70s and ’80s, his works were chart-toppers in almost every genre of music — at one point four of his songs were simultaneously on the Billboard Hot 100 chart, a feat previously accomplished only by The Beatles. In 1972, Dennis even released his own solo album effort which promptly disappeared into obscurity. That was then.

Today, he’s a 60-year-old family man in semi-retirement and selling real estate in Florida. And that obscure 1972 solo album? It flopped everywhere except . . . The Philippines. A Filipino concert promoter tracks down Dennis in hopes of having him commit to a concert tour. He agrees.

OF ALL THE THINGS is an entertaining, hilarious and touching pop/rock/country/R&B documentary that follows Dennis on his whirlwind tour as he rediscovers his passion for music — a two-week adventure that takes him from the comforts of Boca Raton to a sold-out show at Manila’s famous Araneta Coliseum for thousands of fans he never knew he had. Some lives deserve an encore.

POUNDCAKE – a film by RAFAEL MONSERRATE

POUNDCAKE is an upbeat comedy starring Oscar nominee Kathleen Quinlan and Jay O. Sanders as Carol and Cliff Morgan – who on the night before Thanksgiving, gather their three grown children, Robby, a late night radio DJ, his hypochondriac younger brother Charlie and their adopted sister Brooke at their favorite Chinese restaurant, The Golden Buddha for an announcement. After 30 years of marriage, Cliff and Carol are getting a divorce. Now the Morgans must spend what may be their last Thanksgiving together as a family, in as civilized a manner as possible. Set in Buffalo, NY in the late 1980s with an authentic soundtrack from the era, POUNDCAKE is a warm slice of family dysfunction.

WITCH HUNT – a film by DANA NACHMAN and DON HARDY

US Premiere. In Documentary Competition.

Bakersfield, 1984 an overzealous DA goes after 34 parents/families in Kern County and wrongfully accuses and convicts them of child molestation. Some served sentences from 6 to 20 years of hard prison time in some of California’s worst places.

WITCH HUNT is the documentary feature film that uncovers this atrocity and follows these stories which ultimately damaged these families forever.

WITCH HUNT had its world premiere at the Toronto International Film Festival in September to sold out crowds and standing ovations for the filmmakers and the subjects.