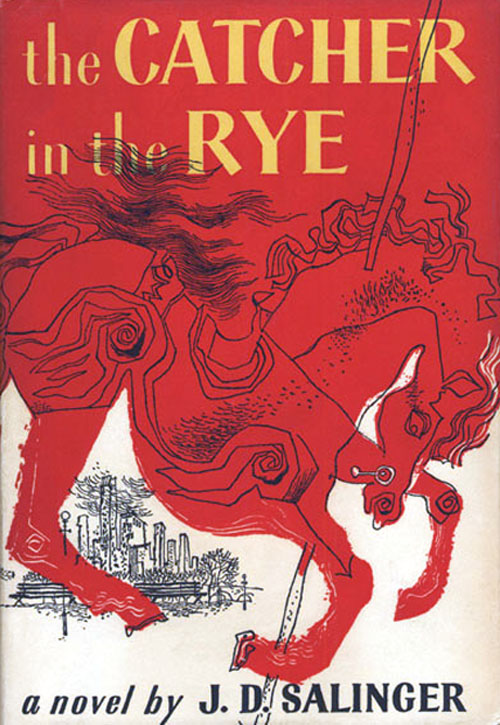 J.D. Salinger: The Catcher in the Rye was never made into a movie. 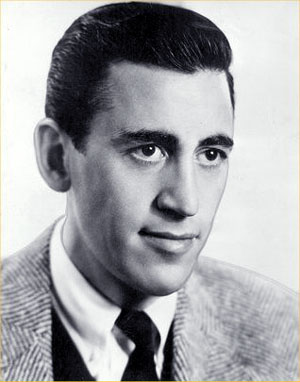 Upon learning of author J.D. Salinger’s death at the age of 91, I immediately thought of Phil Alden Robinson’s Academy Award-nominated 1989 drama Field of Dreams, in which Kevin Costner’s character sets out to find a reclusive writer played by James Earl Jones.

In W.P Kinsella’s novel Shoeless Joe, the character is Salinger himself, but not surprisingly, the reclusive real-life Salinger refused to allow the use of his name in the film. Hence, Robinson and Universal were able to cast a black actor in the role of “Terence Mann.”

According to the IMDb, the only feature based on a work by Salinger – in this case the short story “Uncle Wiggily in Connecticut” – is Mark Robson’s 1949 melodrama My Foolish Heart, which earned Susan Hayward a best actress Academy Award nomination for her heavy-drinking suburban housewife who remembers her one true love (Dana Andrews).

“It has been my good fortune to have produced many motion pictures which the public has established among its all-time favorites – such as Wuthering Heights, The Secret Life of Walter Mitty, The Bishop’s Wife, Pride of the Yankees, and, of course, The Best Years of Our Lives,” boasted Samuel Goldwyn in a trade ad. “Now I have made My Foolish Heart. I am genuinely convinced that the public will add My Foolish Heart to the roster of the finest of Goldwyn productions.”

The public wasn’t as genuinely convinced, adding My Foolish Heart (right) instead to the roster of the year’s duds. Best known for its Oscar-nominated theme song, this adaptation by Casablanca writers Philip G. Epstein and Julius J. Epstein reportedly left Salinger so disillusioned with the movies that no more film versions of his work were to be allowed.

As per The Hollywood Reporter, among those who unsuccessfully tried to get the rights to Salinger’s 1951 novel The Catcher in the Rye are Goldwyn, Billy Wilder, Marlon Brando, Jack Nicholson, Tobey Maguire, Leonardo DiCaprio, John Cusack and Jerry Lewis. One glitch was that Salinger thought he – and he alone – should play Holden Caulfield.

Another Salinger connection to the movies is more sinister. John W. Hinckley Jr., who shot then president Ronald Reagan in 1981, was fascinated by both The Catcher in the Rye and by Taxi Driver‘s Jodie Foster.

Of the quotes I read today on Salinger and The Catcher in the Rye, here’s one of my favorites, by Sarah Ball in Newsweek:

“Next to the acerbic Holden Caulfield, today’s boyish literary icons—the wizard with Coke-bottle glasses, the vampire with an abstinence agenda—look like a bunch of phony morons.”

As an aside: Just now I wondered if Holden Caulfield was inspired by William Holden and Joan Caulfield, the stars of the highly popular romantic comedies Dear Ruth (1947) and Dear Wife (1949). Not so. A brief online search tells me that the Catcher in the Rye character was first seen in the story “I’m Crazy,” which came out in Collier’s magazine in December 1945.

Another version of the story has Holden Caulfield being inspired by a boyhood friend of Salinger’s and by Joan Caulfield herself – a model and Broadway actress for a few years before beginning her Hollywood career in 1945.

Update: I began reading The Catcher in the Rye shortly after posting this. On page 2, I found the following passage: “Now, he’s out in Hollywood, D.B. [Holden Caulfield’s screenwriting brother], being a prostitute. If there’s one thing I hate, it’s the movies. Don’t even mention them to me.”

The Brave One Box Office: Jodie Foster Thriller Is Weak-Kneed No. 1

Fess up…how many people out there already thought that Salinger was already dead? I dunno but I kinda cried for Salinger yesterday & think about the goddamn movies now that he’s dead. Goddamn Hollywood…