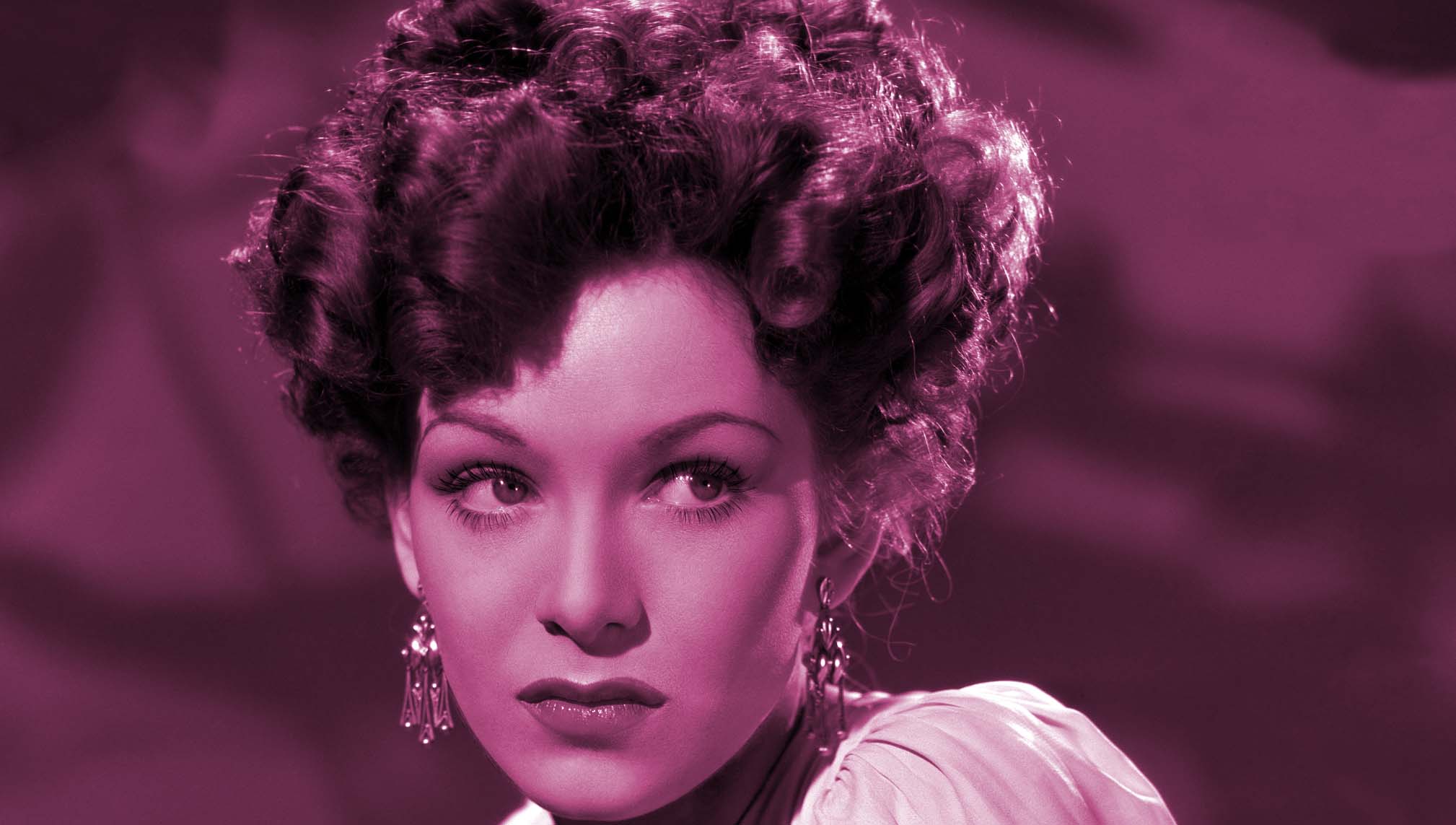 Jean Kent: British film star and ‘Last of the Gainsborough Girls’ dead at 92

News outlets and tabloids – little difference these days – have been milking every little drop from the unexpected and violent death of The Fast and the Furious franchise actor Paul Walker, and his friend and business partner Roger Rodas this past Saturday, Nov. 30 ’13. Unfortunately – and unsurprisingly – apart from a handful of British publications, the death of another film performer on that same day went mostly underreported. If you’re not “in” at this very moment, you may as well have never existed.

Jean Kent, best known for her roles as scheming villainesses in British films of the 1940s and Gainsborough Picture’s last surviving top star, died on Nov. 30 at West Suffolk Hospital in Bury St Edmunds, England. Two days earlier, the 92-year-old former actress had suffered a heart attack at her home in the Suffolk village of Westhorpe; as she fell, her television set and her TV desk fell on her, fracturing her ribs and injuring other parts of her upper body. (Update: According to the coroner’s report, Jean Kent “died from accidental injury from a fall occurring against a background of significant pre-existing cardiac disease which may have precipitated it.”)

Born Joan Mildred Summerfield to a couple of music hall performers on June 21, 1921, in Brixton, London, the (at first) convent-educated Jean Kent learned dancing as a child, making her stage debut – replacing her own mother – at Bath’s Theatre Royal in 1932. According to Tom Vallance’s Kent obit published in The Independent, her film debut, in which she was billed as Jean Summerfield, would take place three years later, in Henry Edward’s thriller The Rocks of Valpre (1935).

Note: Neither Jean Kent nor Jean Summerfield is listed on the IMDb’s The Rocks of Valpre page. As found on that website, Kent’s first film role was in another 1935 release, the minor Lupino Lane comedy Who’s Your Father, in which she was billed as Joan Kent.

Known on stage as Jean Carr, she was offered a Gainsborough Pictures contract in the early ’40s after being spotted in the London Palladium revue Apple Sauce. Following a handful of supporting roles in minor fare (e.g., It’s That Man Again, Miss London Ltd.), the now rebaptized Jean Kent rapidly began landing bigger parts in more lavish and prestigious productions.

There would be more gypsies and more Stewart Granger in Arthur Crabtree’s adventure melo Caravan (1946), with Jean Kent as a Spanish señorita who does some nude diving (courtesy of a body double), while in Charles Frend and Robert Hamer’s The Loves of Joanna Godden (1947) she was Googie Wither’s spoiled sister – one of Kent’s favorite roles.

By the late ’40s, Jean Kent had become one of Gainsborough’s top stars. She had the title role in three of her few major star vehicles:

“Asquith told me,” Jean Kent would later recall, “‘I will be quite frank with you. We originally wanted Bette Davis.’ To do five different versions of one person is very tricky – to get enough difference and for each to be near enough to the others.”

According to Jean Kent herself – a self-described movie fan among whose idols were Hollywood stars Claudette Colbert and Myrna Loy – her chances of Hollywood stardom were dashed by “a silly bitch who defied management by taking poor roles in the US, after which they would not let any of us go there.” Assuming she’s referring to her time as a Gainsborough contract player, Kent may have been talking about Phyllis Calvert’s brief and unsuccessful Hollywood foray in the late ’40s, when she starred opposite Robert Hutton and Ella Raines in Robert Siodmak’s Time Out of Mind (1947), and opposite Melvyn Douglas in Compton Bennett’s My Own True Love (1949). 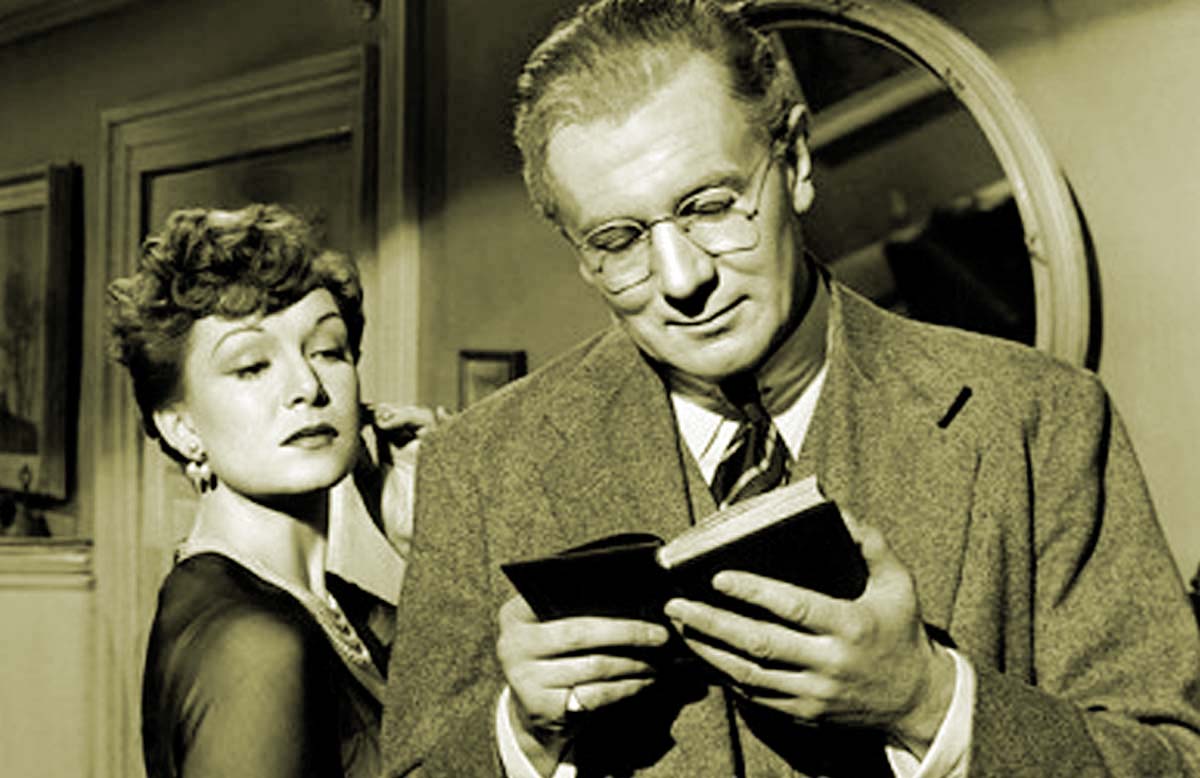 Jean Kent in ‘The Browning Version’ with Michael Redgrave.

Seemingly stuck in Britain, Jean Kent’s other important leads of the period came out in 1948: John Paddy Carstair’s Alfred Hitchcock-esque thriller Sleeping Car to Trieste (1948), with spies on board the Orient Express, and Gordon Parry’s ensemble piece Bond Street. Following two minor 1950 comedies, Her Favorite Husband / The Taming of Dorothy and The Reluctant Widow / The Inheritance, Kent’s movie stardom was virtually over, though she would still have one major film role in store.

In what is probably her best remembered and most prestigious effort, Jean Kent played Millie Crocker-Harris, the unsympathetic, adulterous wife of unfulfilled teacher Michael Redgrave, in Anthony Asquith’s 1951 film version of Terence Rattigan’s The Browning Version – a Javelin Films production released by General Film Distributors (GFD). That same year, the financially troubled Gainsborough was shut down.

Jean Kent’s film career slowed down in the mid-’50s. Her best-known post-stardom film appearances were those in a couple of British-made movies featuring Hollywood stars: Laurence Olivier’s The Prince and the Showgirl (1957), starring Olivier and Marilyn Monroe, and Otto Preminger’s Bonjour Tristesse (1958), with Deborah Kerr, David Niven, and Jean Seberg. Referring to Monroe, Kent would later remark: “Off-screen she was a totally insignificant little blonde, but on camera she was magic.”

At about that time, Jean Kent lost the role of Alice Aisgill to Simone Signoret in Jack Clayton’s Room at the Top (1959), co-starring Laurence Harvey. “It was this old English thing that only foreigners have sex appeal,” Kent would lament. “They’d forgotten me by that time, you see, they’d forgotten that I was supposed to be the sexy girl in the movies.” For her efforts, Signoret won both the Best Foreign Actress BAFTA and the Best Actress Academy Award, in the addition to the Best Actress prize at the Cannes Film Festival.

Finding film jobs scarce from the mid-’50s on, in the ensuing decades Jean Kent would work mostly on stage and on television. Theater credits included a 1954 South African tour of Terence Rattigan’s The Deep Blue Sea, in the role Vivien Leigh would bring to life the following year in Anatole Litvak’s film adaptation; No Sex Please – We’re British in the West End in 1973, replacing Eleanor Hunter; and a successful 1979 production of Agatha Christie’s A Murder is Announced, featuring Joyce Carey as Miss Marple. Kent’s final stage appearance was in Monsieur Amilcar, starring Keith Michell and Penelope Keith, at the Chichester Festival Theatre in 1995.

Her television work included a recurring role as Queen Elizabeth I in the series Sir Francis Drake (1961-62), starring Terrence Morgan in the title role, and various guest appearances in, among others, Love Story, Steptoe and Son, Thicker Than Water, and the soap opera Crossroads.

Tom Vallance describes the off-screen Jean Kent as “an outgoing, frank and fearless lady, [who] was always good value, and buoyant company into her nineties. I last met her in 2003, when she launched The Encyclopaedia of British Film, and she declared herself ready to return to work ‘if only someone would ask.’ “

On her 90th birthday, Kent attended a screening of Caravan organized by the British Film Institute at London’s National Film Theatre. According to Vallance, she received a standing ovation and signed “hundreds of autographs.”

In 1946, she married Austrian actor Jusuf Hurst a.k.a. Josef Ramart, whom she met on the Caravan set. According to the IMDb, he was featured in only three movies: Besides Caravan, there were Trottie True and Thorold Dickinson’s The Queen of Spades, starring Anton Walbrook and Edith Evans. Ramart died of cancer in 1989.

At the BFI tribute, Jean Kent reminisced a bit about the Gainsborough era, of which she was the last surviving star:

Jean Kent quote regarding Room at the Top via Sheila Whitaker’s article in The Guardian. Unless otherwise noted, Jean Kent’s other quotes via Tom Vallance’s The Independent article.

Theodore Bikel: From Fiddler on the Roof to Star Trek

Norman Mailer: ‘The Naked and the Dead’ & ‘Marilyn’ Author