Jean Parker, a 1930s movie ingenue best remembered for being featured in George Cukor’s Little Women, died on Nov. 30. The 90-year-old former actress had been living since 1998 at the Motion Picture and Television Country House and Hospital in the Los Angeles suburb of Woodland Hills.

In the first sound version of Louisa May Alcott’s Little Women, Jean Parker played the sensitive Beth, the youngest of four sisters – Katharine Hepburn, Joan Bennett, and Frances Dee were the other three – in a Concord, Massachusetts, family living at the time of the American Civil War.[1]

Merian C. Cooper – under the supervision of David O. Selznick – produced this 1933 RKO release that, under George Cukor’s direction, turned out to be both a critical and a commercial hit. Little Women went on to receive the Best Adapted Screenplay Academy Award (1932–1933) for Sarah Y. Mason and Victor Heerman, besides earning nominations for Best Picture and Best Director. (See also: Christmas Movies.)

From Montana to Hollywood

Much information about Jean Parker’s early years differs according to the source. She was born either Lois Mae Green (according to an IMDb bio seemingly written by her son) or Louise Stephanie Zelinska (as per the Associated Press obit) in either Deer Lodge or Butte, Montana, on most probably Aug. 11, 1915 (some sources say 1912). Her family moved to Pasadena, a few kilometers northeast of downtown Los Angeles, when she was six years old (or eight months old as per another report).

According to Hollywood lore, she was discovered by Metro-Goldwyn-Mayer honcho Louis B. Mayer’s secretary, Ida Koverman, who saw a picture of the pretty Montana native with a heart-shaped face and big eyes after the teenager had won a prize at the local New Year’s Day Tournament of Roses Parade.

As Jean Parker, she landed a contract with MGM, at the time the most prestigious and by far the most profitable Hollywood studio. 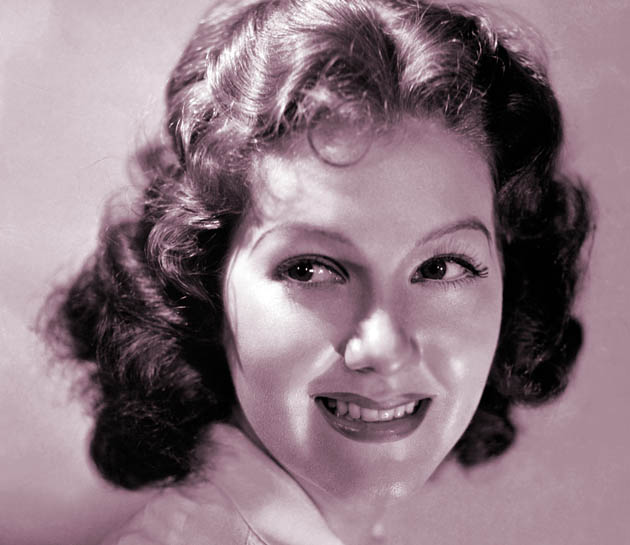 Jean Parker. An actress at Metro-Goldwyn-Mayer in the first half of the 1930s, the Montana native is best remembered for two roles while on loan-out to other studios: Beth in George Cukor’s Little Women at RKO and Apple Annie’s young daughter in Frank Capra’s Lady for a Day at Columbia. Jean Parker’s top MGM movie was the 1934 sleeper hit Sequoia, in which she plays a young woman who brings home both a puma and a fawn.

Jean Parker’s first two films at Louis B. Mayer’s fiefdom were released in 1932, when she was in her late teens:

Parker would remain at MGM for a couple more years, but her film career didn’t go as far as it might have, perhaps because her looks pigeonholed her as demure young things with little to do except look wide-eyedly sweet. In They Had Faces Then, author John Springer says she “seemed made to order for the most sentimental – sometimes maudlin – movie yarns.”

One perhaps less maudlin movie yarn from that period – while on loan to Columbia Pictures – was Willard Mack’s 1933 B sex education drama What Price Innocence?, which shows the teenager getting involved with “older men,” wondering about three- and four-letter words, and eventually committing suicide after failing to receive the appropriate guidance from her parents. “An embarrassing film,” scolded New York Times reviewer Andre Sennwald.

The one major exception was Chester M. Franklin’s Sequoia (1934), a Central California-set bucolic tale about the friendship that develops between a young woman (Parker), a cougar, and a deer. Sequoia turned out to be a worldwide sleeper hit, earning $1.1 million in rentals[2] and even getting a rerelease in the early 1950s.

But in all, Parker had better luck elsewhere. Her two best-remembered films were made on loan-out to other studios in 1933: Little Women at RKO and, at Columbia, Frank Capra’s Lady for a Day, in which she plays the daughter of Apple Annie (May Robson), the street fruit seller who poses as a grand dame for one single day.

Like Little Women, Lady for a Day received Best Picture and Best Director Academy Award nominations (they lost in both categories to Frank Lloyd’s Cavalcade), in addition to getting an MGM rip-off – in terms of popularity, not plot – in the form of Charles Reisner’s You Can’t Buy Everything (1934), which brought back together Robson and Parker, now as domineering mother and prospective daughter-in-law.

After she and MGM parted ways in the mid-1930s, Jean Parker (who at the time looked like a younger, less perky Jean Arthur) began to freelance.

Things started out well with the English-made The Ghost Goes West, an Alexander Korda production directed by René Clair and starring Robert Donat in the title role. Even so, from then on Parker’s film career suffered an inexorable downslide.

She began alternating between B movies at major and mid-level studios (e.g., The Flying Deuces at RKO, Hello, Annapolis at Columbia, One Body Too Many at Paramount) and even smaller productions made at minor studios (e.g., Romance of the Limberlost at Monogram, She Married a Cop at Republic, Lady in the Death House at Producers Releasing Corporation). 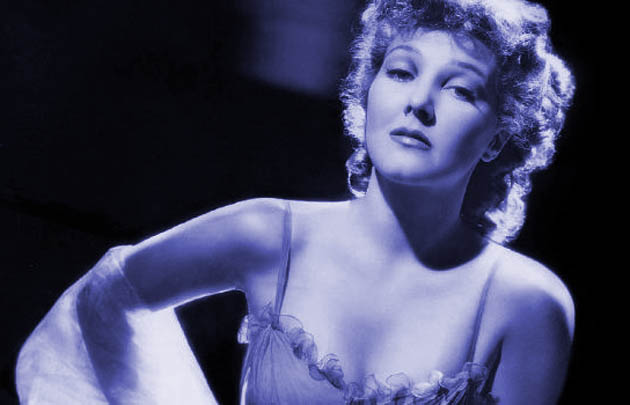 Jean Parker. In later years, the ingenue from Little Women, Lady for a Day, and Sequoia gained some stage experience – including replacing Judy Holliday in the Broadway production of Born Yesterday – and changed her image. Movie stardom and/or significant film roles, however, remained elusive.

With her Hollywood career in the doldrums, Jean Parker essayed Broadway. In the mid-1940s, she was seen in Dale Eunson and Katherine Albert’s comedy Loco, which lasted only 37 performances, and in a revival of George Manker Watters and Arthur Hopkins’ much more successful Burlesque, starring Bert Lahr.

Following a four-year hiatus, Parker returned to the big screen in one of her most prestigious films, Henry King’s downbeat Western The Gunfighter (1950), starring Gregory Peck in the title role and with Little Women‘s Beth cast as a barwoman.

Around that time, she replaced Judy Holliday (who had taken over from Jean Arthur) in the original Broadway staging of Garson Kanin’s Born Yesterday. She was also featured on several television shows – e.g., Suspense, Stories of the Century, The Lone Wolf.

Unlike her Born Yesterday predecessor Jean Arthur, whose stalled Hollywood career had been not only revived, but dramatically boosted following her Broadway forays in the early 1930s, movie stardom and significant roles proved elusive to Jean Parker. (Both actresses were in their mid-30s when they attempted their big-screen comebacks.)

In the early 1950s, Parker resumed her film career – but in a vastly different Hollywood than the one she had found two decades earlier. Stage experience or no, she would be featured in several lower-budget productions – e.g., Those Redheads from Seattle, starring Rhonda Fleming; Black Tuesday, starring Edward G. Robinson – until calling it quits at age 42 following a supporting role in Oliver Drake’s The Parson and the Outlaw (1957), a B Western starring Anthony Dexter as Billy the Kid.

Parker made a brief return in 1966 for one film: Apache Uprising (1966), one of the many B Westerns featuring faded stars of yore that producer A. C. Lyles made for Paramount at that time. Joining her were fellow veterans Rory Calhoun, Corinne Calvet, Lon Chaney Jr., Richard Arlen, Johnny Mack Brown, and Don ‘Red’ Barry.

All of Jean Parker’s four marriages ended in divorce. One of her husbands, Robert Lowery, was also and actor, having played Batman in the 1949 serial Batman and Robin and a supporting role in The Parson and the Outlaw. The couple appeared together in regional theater productions and toured in a nightclub act.

Parker became a young actors’ coach in the 1970s, but in later years she became a recluse, refusing to be interviewed or to discuss her movie past.

[1] As mentioned elsewhere in this article, all four Little Women actresses had long movie careers. The all had long lives as well.

[2] It’s unclear what would be the equivalent amount today for the $1.1 million in rentals that Sequoia earned MGM – just about evenly from the domestic and international markets. Currency exchange fluctuations are a key part of the problem.

An approximation based only on the U.S. Consumer Price Index, which does not accurately reflect “movie inflation,” shows that Sequoia would have earned approximately $20 million in rentals today – or, theoretically, a worldwide gross of about $40–$50 million.