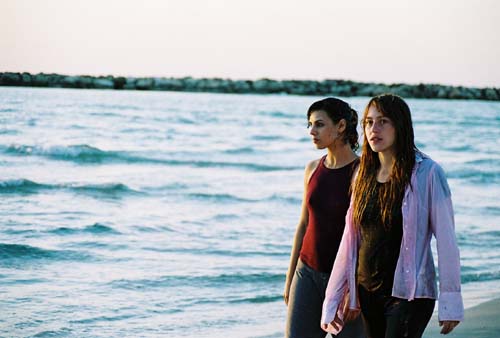 I caught Jellyfish (Meduzot in Hebrew), which opens in New York tomorrow and in Los Angeles on April 25, at the 2007 AFI FEST.

What I liked best about this quirky look at several Tel Aviv denizens was the humorous, naturalistic touch of husband-and-wife team of writers-turned-filmmakers Etgar Keret and Shira Geffen (above).

Without any fanfare, throughout the film’s relatively brief (78 minutes) but multifaceted narrative, Keret and Geffen show us that people in the big city (or, for that matter, in this big world of ours) may lead separate lives but on a deeper level they’re all somehow connected. One person’s poem, for instance, may be another’s suicide note. 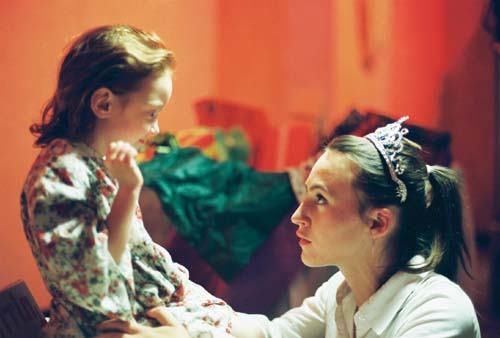 There’s nothing even remotely affected in the development of the distinct stories or in the actors’ performances. Even when Jellyfish takes several curious flights of fancy – a little sea-girl that appears out of nowhere to “haunt” a young waitress; the abundance of water motifs (as a metaphor for life itself?) – the film’s tone remains stubbornly down-to-earth.

And finally, Jellyfish relies on a series of first-rate performances from a diverse cast, including Sarah Adler as the waitress-in-distress; Gera Sandler and Noa Knoller as a just-married – and very unlucky – couple; Zaharira Harifai as a difficult older woman in need of care, which is provided by a Filipina immigrant (Ma-nenita De Latorre); and Ilanit Ben Yaakov as Harifai’s actress-daughter.

Etgar Keret (who also has a bit part in the film and whose short story “Kneller’s Happy Campers” was the basis for the feature Wristcutters: A Love Story) has answered (via e-mail) a few questions about Jellyfish. 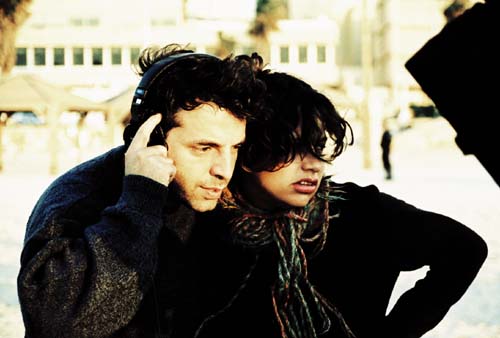 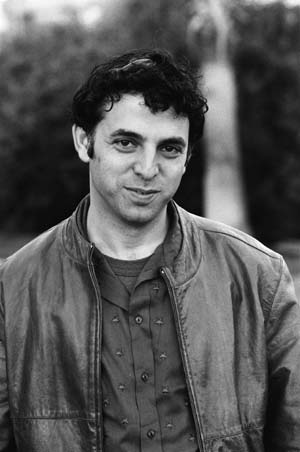 You co-directed Jellyfish with your wife Shira Geffen (above). How did you two divide the “directorial responsibilities”? Or were you both on the set, making decisions together as you went along?

We didn’t divide them. We both worked with the actors and the cinematographer. Strangely enough we see reality so differently that we’ve never referred to the same things when we had to work on a scene. What we usually did was first speak to each other and only later talk to the crew.

Were you caught off-guard by the reception accorded Jellyfish? The film received 10 Ophir nominations from the Israeli Film Academy and both the Caméra d’Or and the screenwriting prize at Cannes.

Completely. Shira and I come from the world of fiction. This film was just a hobby. It felt real easy taking risks doing it, knowing we are not aiming to filmmakers’ careers and that we are just doing it for fun. The next film, I’m sure, will be tougher.

Jellyfish has several surrealistic touches. Why did you and co-director/screenwriter Geffen choose that route for an otherwise slice-of-life tale?

When Shira and I write fiction we don’t differentiate the surrealistic from the realistic, because when you come to describe a subjective experience the “realistic” description of it can often be surrealistic. (When we are in love we sometimes seem to levitate. We don’t really, but this is how it subjectively feels). So when we’ve made the film we stuck to this idea – if it is true for our characters, it is true for the film, even if it is “realistically” impossible 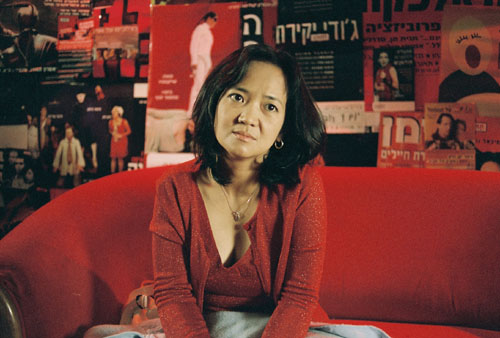 The Jellyfish. Why that particular sea creature for this tale about loneliness and people’s difficulties in reaching out to one another?

Jellyfish often don’t control their movement and they are taken by the current to places they didn’t really want to get to. The same is true for our characters.

Could you say anything about the little sea-girl and her relation to the young waitress Batya and her father?

I’m afraid this may ruin the film for people who haven’t seen it yet. 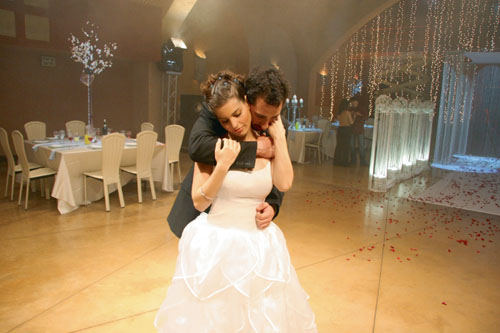 The Jellyfish cast comprises very naturalistic performers. Were those roles written with those performers in mind, or …?

No. It was actually a very special cast we chose for the roles. Joy is played by a non-actor [Ma-nenita De Latorre]. Batya [Sarah Adler] is played by a film actor and Michael and Malka [Gera Sandler and Zaharira Harifai] are played by theater actors. We tried very hard to keep all the actors in the same register, because their natural choices threatened the homogeneity of the acting style of the film, and luckily they were happy to look with us for this joint “grammar” of acting that would suit the film.

And finally, are there any current projects in the works you could tell us about?

Shira is already working on a new screenplay. My next story collection, “The Girl on the Fridge” will come out in FSG in a month’s time and 9.99 a stop-frame feature film based on my short stories which I’ve co-written with its director, Tatia Rosenthal, will be finished in late April and will probably be released next year.

Who wrote the poem / suicide note?

The film writers, Etgar Keret and / or his wife, or someone else?

I tried to find out on-line but couldn’t.

I would love to know, if someone would share the answer.

Keret’s film JELLYFISH will be on DVD September 30. To buy go to zeitgeistfilms.com/videocatalog/product_info.php?products_id=140