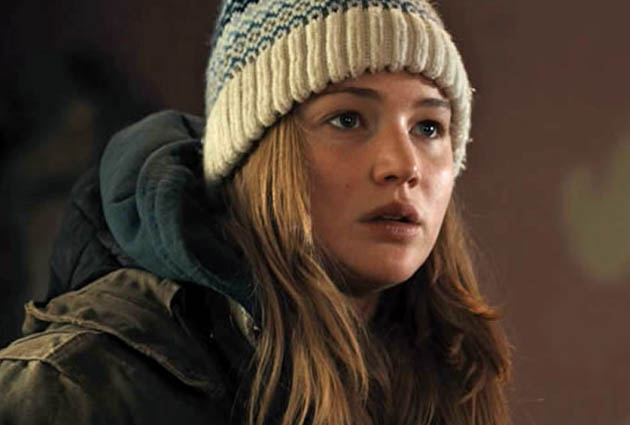 Besides its Best Film win, Winter’s Bone earned Jennifer Lawrence the Best Actress award for her performance as an all-but-destitute young woman looking for her missing father in the Ozark Mountains, while John Hawkes was picked as the year’s Best Supporting Actor.

Curiously, Debra Granik failed to be singled out for either her direction or screenplay. Darren Aronofsky was the Best Director for the psychological thriller Black Swan, while the Best Adapted Screenplay and Best Original Screenplay awards went to, respectively:

In an even more unusual move than the selection of Winter’s Bone as Best Film, Colin Farrell was chosen as Best Actor for Neil Jordan’s little-seen Ondine. In the Irish romantic drama, Farrell plays a fisherman whose catch (former real-life Farrell companion Alicja Bachleda) may or may not be a selkie (a sort of Celtic mermaid/swan maid).

Lesley Manville, the 2010 National Board of Review‘s Best Actress winner and basically ignored elsewhere this awards season, was named Best Supporting Actress for her portrayal of a lonely secretary in Mike Leigh’s British drama Another Year.

A more conventional choice was Lee Unkrich’s blockbuster Toy Story 3, featuring the voices of Tom Hanks and Tim Allen, among others, as the Best Animated Film of 2010. But really, the free-thinking San Diego Film Critics are certainly allowed to go for a couple of mainstream picks.

Other winners included Banksy’s Exit Through the Gift Shop as Best Documentary, Luca Guadagnino’s I Am Love as Best Foreign Language Film, and a 2010 Body of Work Award for Rebecca Hall for her work in The Town, Please Give, and Red Riding 1974. 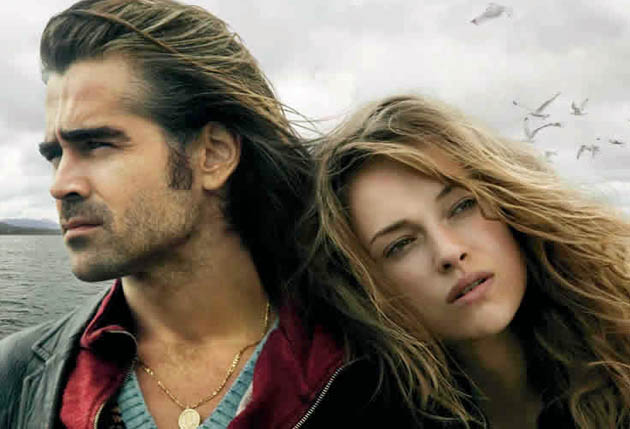 Colin Farrell and Alicja Bachleda in Ondine. The San Diego Film Critics has selected Colin Farrell as the year’s Best Actor for Neil Jordan’s little-seen Ondine, in which he plays an Irish fisherman whose catch may turn out to be a selkie – a Celtic mermaid or swan maid. Best Actor Farrell is surely one of the biggest – if not the biggest – surprise this awards season.

Body of Work: Rebecca Hall for The Town, Please Give, and Red Riding 1974.

In addition, The Social Network was singled out in the Best Director and Best Screenplay (Aaron Sorkin) categories. Jesse Eisenberg, who plays Facebook topdog Mark Zuckerberg, was a Best Actor runner-up.

James Franco was the Dallas-Ft. Worth Film Critics’ Best Actor for playing real-life hiker Aron Ralston, who is forced to amputate his own arm in Danny Boyle’s 127 Hours. Natalie Portman was Best Actress for her unbalanced ballerina in Darren Aronofsky’s Black Swan.

In the supporting categories, the winners were Christian Bale and Melissa Leo for David O. Russell’s The Fighter.

All in all, the Dallas-Ft. Worth Film Critics mostly opted for the tried-and-true choices of their fellow critics’ groups. There were, however, a couple of surprises.

Instead of critics’ fave Matthew Libatique for Black Swan, they gave the Best Cinematography award to the duo who shot 127 Hours, Enrique Chediak and Anthony Dod Mantle.

Also, Chris Cooper, whose performance in The Company Men has been ignored this awards season, was one of the runners-up in the Best Supporting Actor category.

Admittedly, the Chris Cooper “surprise” is likely due to the fact that the Dallas-Ft. Worth Film Critics announce up to four runners-up in the various categories, whereas other groups announce none, or at most one or two.

Runners-up: The Girl with the Dragon Tattoo. Mother. Lebanon. I Am Love.

Runner-up: How to Train Your Dragon. 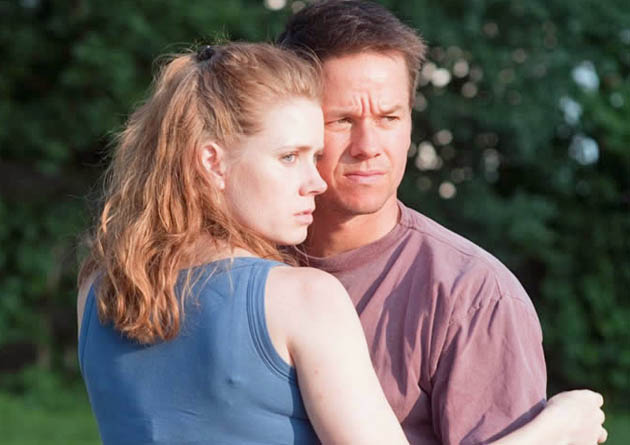 Amy Adams in The Fighter, with Mark Wahlberg. Melissa Leo has been this awards season’s top Best Supporting Actress choice for David O. Russell’s real-life-inspired drama The Fighter. Leo is also the shoo-in Oscar pick in that category. Even so, fellow The Fighter actress Amy Adams has already won two U.S. critics awards.

The Detroit Film Critics Society selected David Fincher’s Facebook drama The Social Network as the top movie of 2010. Danny Boyle, however, was named Best Director for 127 Hours, in which James Franco must saw off his arm after getting it pinned under a rock.

Unlike two years ago, when he was winning awards left and right for the Bollywoodesque Slumdog Millionaire, Boyle has been placed in the back burner this awards season. American critics’ groups have mostly honored Fincher, or else, Black Swan director Darren Aronofsky. (See further below the full list of Detroit Film Critics winners and nominees.)

Christian Bale and Amy Adams –the latter in place of critics’ fave Melissa Leo – topped the supporting categories for their work in David O. Russell’s The Fighter, which, besides Leo, also stars Mark Wahlberg.

As for the Detroit Film Critics’ nominations, Winter’s Bone and The King’s Speech had topped the list with six nods apiece.

The biggest surprise was the omission of Annette Bening (The Kids Are All Right) from the Best Actress category.

The second biggest surprise was the omission of both the psychological drama Black Swan and director Darren Aronofsky from the Best Film and Best Director shortlists – especially considering that the latter category contains six names.

The third biggest surprise was the inclusion of Edgar Wright in the Best Director shortlist for the – generally well-received – box office flop Scott Pilgrim vs. the World.

One of those curious things: Scott Pilgrim vs. the World was also shortlisted for Best Ensemble even though none of the film’s performers – among them, Michael Cera, Anna Kendrick, Mary Elizabeth Winstead, Chris Evans, and Kieran Culkin – was singled out in the individual acting categories.

Best Ensemble
The Fighter.
The Kids Are All Right.
The King’s Speech.
Scott Pilgrim vs. the World.
* Winter’s Bone.

Additionally, Christian Bale was the Best Supporting Actor for The Fighter, Toy Story 3 was the Best Animated Feature, and Davis Guggenheim’s Waiting for ‘Superman’ was the Best Documentary.

Even their Best Foreign Language Film was a “mainstream” title: Niels Arden Oplev’s Swedish mystery thriller and international blockbuster The Girl with the Dragon Tattoo, which, apart from a handful of nominations, hasn’t been getting much awards season traction elsewhere.

And finally, the Las Vegas Film Critics’ Best Supporting Actress was Amy Adams for David O. Russell’s The Fighter‘. This is Adams’ second win in a category that has been dominated by fellow The Fighter player Melissa Leo. Although somewhat of a surprise, Adams’ victory is hardly what one would call “offbeat.”

Best Foreign Language Film: The Girl with the Dragon Tattoo.