Whether or not they’ll also be the top choices at the 2013 Oscars isn’t yet clear. Even so, it certainly doesn’t hurt to have your “For Your Consideration” ad filled with “Best of the Year” and/or “Best [Actress/Actor/etc.]” reminders from, for instance, the Spirit Awards, the Los Angeles Film Critics Association, and the New York Film Critics Circle.

Bear in mind that the also influential National Society of Film Critics will not be all that influential this year, as they’ll be naming their 2012 winners on Jan. 5 – two days after the polls close for the 2013 Oscar nominations. (Don’t be too surprised if a year from now the NSFC decides to announce their 2013 winners in late December instead of early January 2014.)

As has been happening year after year, out of approximately 250–300 eligible films, only about half a dozen titles have been singled out in the vast majority of categories for the 2012-2013 awards season.

Of course, it could be that each year only six or seven really good movies are released, and that only six or seven actors and actresses deliver outstanding performances in lead roles, and so on. But it could also be that, with rare exceptions, North American awards-season voters enjoy being part of the herd and that groupthink is as widespread a condition among movie critics, guild members, “film scholars,” and the like as it is among the world’s population as a whole.

Below and in the next couple of posts you’ll find this awards season’s top choices. Next to each film title are the critics groups (city or state) and, when applicable, the organizations (or “awards” – e.g., “Golden Globes”) that selected it.

With the exception of the populist Broadcast Film Critics Association, which has its own p.r.-boosting, star-studded, televised Critics’ Choice Awards ceremony, critics’ awards nominees and runners-up have been left out.

Perhaps because of all the secrecy surrounding Kathryn Bigelow’s depiction of the hunt for Osama bin Laden, Chastain was rarely mentioned as a top contender until a few weeks ago. Jennifer Lawrence, for her part, has been a major possibility for quite some time, even though she has what amounts to a supporting role in Russell’s film – which revolves around Bradley Cooper’s unbalanced character.

The third wheel in the 2012–2013 Best Actress race is 85-year-old Amour co-star Emmanuelle Riva (Hiroshima Mon Amour, Kapò). In addition to her Best Actress European Film Award, Riva was the top choice of four (including a tie) U.S.-based critics groups. Absurdly, but not unexpectedly, she has been bypassed by both the SAG Awards and the Golden Globes. But as proof that there’s hope for humankind (and for awards seasons), Riva can be found among the six contenders for the Best Actress Critics’ Choice Award.

Also worth noting, nine-year-old Beasts of the Southern Wild star Quvenzhané Wallis has been all but ignored in this year’s Best Actress race (note: her film was ineligible for the SAG Awards). On the other hand, Wallis has been cited in several Best Newcomer categories.

See below the list of this awards season’s Best Actress favorites.[1] 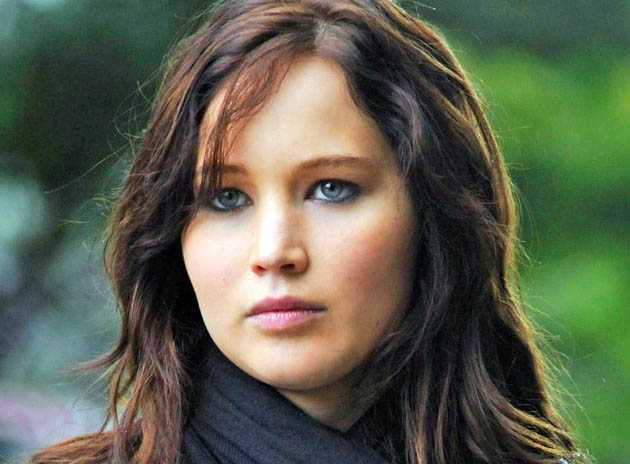 The list of Best Actress omissions is long, but it could have been much longer had there been more good roles (or just roles, period) for women in major (or even low-budget) American movies.

Here are a few of the bypassed – mostly “name” – actresses who were featured, for better or for worse, in some of the year’s most notable movies, whether hits, flops, or little-seen critically acclaimed efforts:

And let’s not forget Jennifer Lawrence in Gary Ross’ worldwide blockbuster The Hunger Games – a performance that earned quite a bit of praise back in March but that now seems to belong to another movie-world reality. 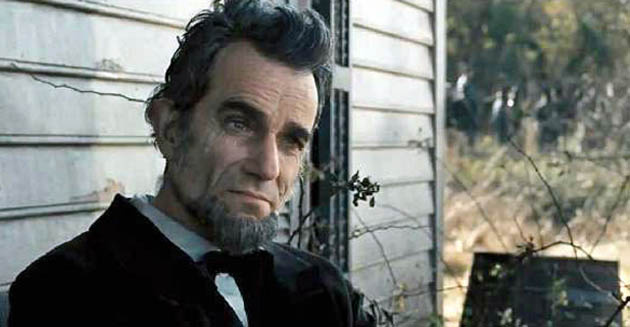 Daniel Day-Lewis in Lincoln. Whereas Jessica Chastain and Jennifer Lawrence have been facing each other off in this awards season’s Best Actress race, Daniel Day-Lewis is the absolute Best Actor favorite for his portrayal of U.S. President Abraham Lincoln in Steven Spielberg’s domestic box office hit Lincoln. So far this century, the London-born Day-Lewis’ greatest acclaim has been for his all-American roles: besides the man known as The Great Emancipator, he brought to life the rabidly xenophobic Bill ‘The Butcher’ Cutting in Gangs of New York (2002) and the rabidly greedy oilman Daniel Plainview in There Will Be Blood (2007).

It just remains to be seen whether or not Day-Lewis will become the first performer to win three Best Actor Academy Awards. His two previous Oscar victories were for Jim Sheridan’s My Left Foot (1989) and Paul Thomas Anderson’s There Will Be Blood (2007).

Day-Lewis’ chief competitors so far are Bradley Cooper for Silver Linings Playbook and an actor starring in another Paul Thomas Anderson movie, Joaquin Phoenix, who plays a troubled World War II veteran in The Master.

To date, the only other Best Actor winners in North America this awards season are Denis Lavant for Leos Carax’s widely acclaimed French effort Holy Motors and John Hawkes as a physically disabled virgin eager for his first sexual experience in Ben Lewin’s The Sessions.

By the way, Joaquin Phoenix and fellow The Master player Philip Seymour Hoffman received a joint Best Actor Award at the 2012 Venice Film Festival. Elsewhere this awards season, Hoffman has been listed in the Best Supporting Actor category.

See below the list of this awards season’s Best Actor favorites.[1]

In North America, the most glaring Best Actor omission of all is that of Amour leading man Jean-Louis Trintignant (Z, The Conformist, Three Colors: Red). At least Trintignant has already taken home the Best Actor European Film Award, and in a couple of months he’ll likely be taking home the French Academy’s Best Actor Prix César as well.

Below are other notable actors (or actors in notable films) missing from this awards season’s Best Actor shortlists: 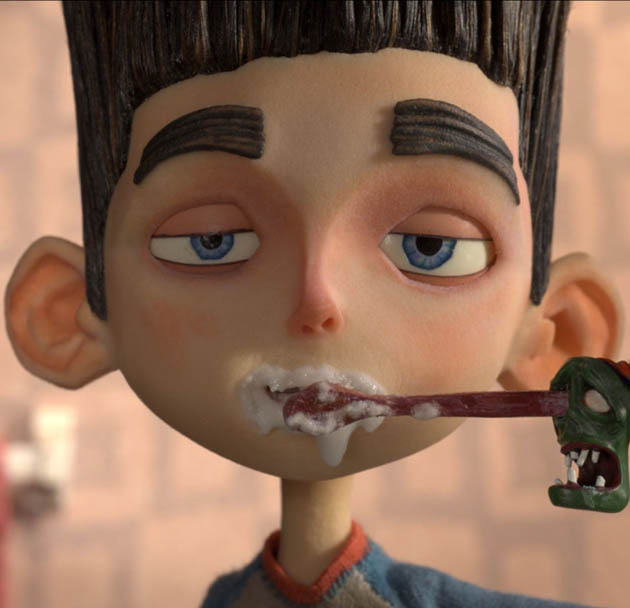 ParaNorman with Norman Babcock (Kodi Smit-McPhee). Sam Fell and Chris Butler’s 3D stop-motion animated mix of comedy and horror, ParaNorman is the clear favorite in the Best Animated Feature category this awards season. A box office flop in relation to its cost, ParaNorman is set in the Massachusetts town of Blithe Hollow, where the all-but-friendless boy Norman Babcock lives with his family and, à la Haley Joel Osment in The Sixth Sense, sees (and chats with) dead people. Things in Norman’s life change dramatically after a dead uncle tells him to perform some cleansing ritual at the old grave of a witch; else, Blithe Hollow will be invaded by the evil dead.

Among the animated features listed below, Sam Fell and Chris Butler’s ParaNorman, about a small-town Massachusetts misfit (voiced by Kodi Smit-McPhee), leads the pack.

Others in the voice cast of this 3D stop-motion animated mix of comedy and horror:

Note: Chico & Rita was in contention for the 2011 Academy Awards. All other titles found below are eligible for the Best Animated Feature Oscar 2013.

[1] The Golden Globes list a total of (at least) ten Best Actor and ten Best Actress nominees in two categories, Drama and Comedy/Musical.

The Hunger Games Movie: Truly One of Biggest Debuts Ever?

Thank you for mentioning Robert Pattinson in Cosmopolis. He won’t be nominated for any award,. He’s too young and as a women’s idol he has to earn some credibility just like Pitt and Depp and Di Caprio had to do before him. But nobody can deny that he nailed the difficult part of Eric Padker to perfection and a lot of male moviegoers shaked their head in disbelief that this guy can ‘really act’ LOL
I’m pleasantly surprised too to read that you also mentioned Matthias Schoenaerts, the upcoming Belgian actor. It bothered me a bit that Marion Cotillard got all the praise in Rust and Bone. Already in Cannes people were talking about an oscar nomination, while IMHO Matthias’ performance was as good as hers’ to say the least. I know his previous movies, he can play every part he wants and what many might not know: his native language is dutch, but he speaks french and english fluently which broadens his horizons a lot.