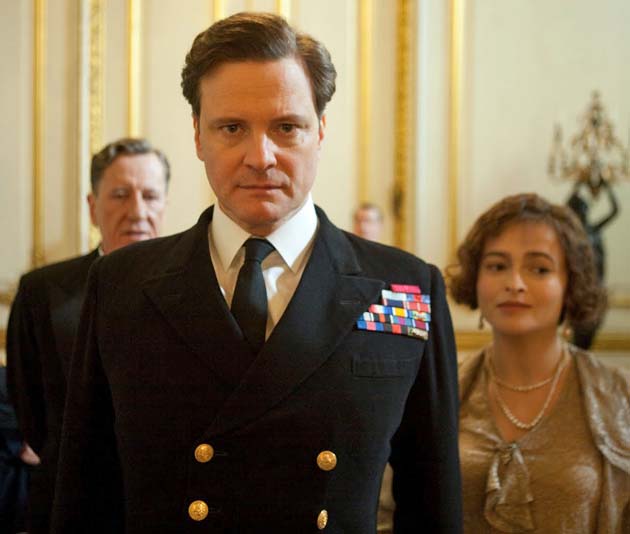 Tom Hooper’s The King’s Speech was the big winner at the British Academy Awards a.k.a. Bafta Awards (or simply Baftas), held this evening, Feb. 13, at London’s Royal Opera House. But the period drama’s domination wasn’t exactly a “clean sweep.”

That’s not bad at all. Yet the Best Director Bafta went to David Fincher for the U.S.-made The Social Network, which also won awards for Best Adapted Screenplay (Aaron Sorkin) and – beating The King’s Speech – Best Editing (Angus Wall, Kirk Baxter).

Tom Hooper as ‘thorough’ as ‘not very edifying medical appointment’

At the Bafta ceremony, after winning his second consecutive Best Actor award Colin Firth opted to provide what some would call TMI. His speech included the following revelation:

The day I first sat down with (director) Tom Hooper I had to postpone a routine but not very edifying medical appointment. But as the work went on it became apparent that Tom’s methods were every bit as thorough, surprising and effective as the ones I thought I had avoided.

Tom Hooper came up with a Hollywood-style story to explain the success of The King’s Speech. While accepting the Best British Film Award, Hooper told the Royal Opera House crowd:

This film began with a little boy with a stammer listening to the radio and thinking, if the King of England can do it then so can I, and that boy was our writer David Seidler.

Seidler, for his part, remarked, “Let me tell you that for a stutterer, a stammerer, to be heard is a wonderful thing.” 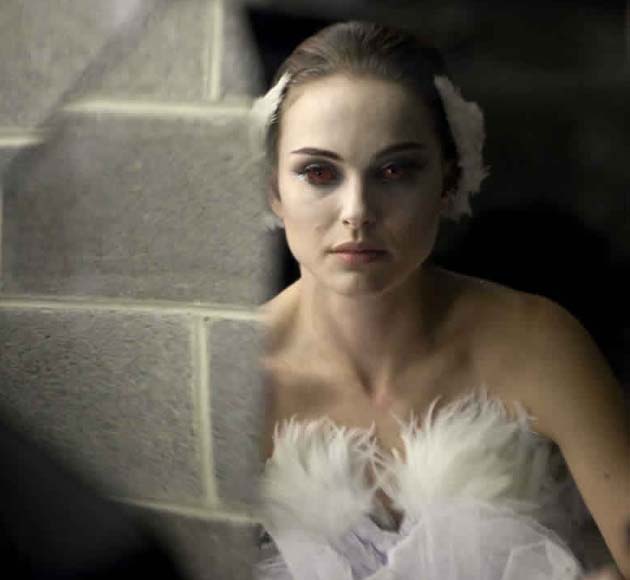 Tim Burton, who presented the British Academy of Film’s Fellowship Award to veteran Christopher Lee (The Horror of Dracula, The Wicker Man), had one of his own efforts recognized by the Baftas: the 3D-converted fantasy Alice in Wonderland won two awards, Best Make-Up and Hair and Best Costume Design, in both instances beating The King’s Speech.

J.K. Rowling: ‘Harry Potter’ movies ‘one of the best experiences’

Author J.K. Rowling, whose Harry Potter bestsellers have been transformed into Harry Potter blockbusters – and recipients of a special award at the 2011 Bafta ceremony – admitted:

It is very strange to look back after seven films and remember how wary I was of putting Harry on the big screen. I kept saying no. But being involved with these films has been one of the best experiences of my life.

But the Bafta for best speech line should go to The Girl with the Dragon Tattoo producer Søren Stærmose, who confessed:

We all know that Lisbeth Salander is the scariest thing coming out of Sweden since ABBA. 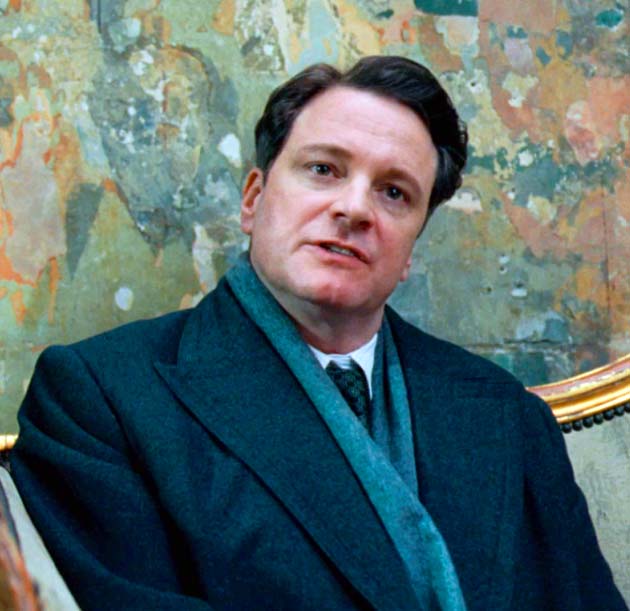 Of late, David Fincher’s The Social Network has been lagging behind Tom Hooper’s The King’s Speech in the U.S., where American guilds have selected the British period drama as their top choice of 2010. But in Britain, the London Film Critics’ Circle has gone for Fincher’s American drama, handing it four awards: Best Film, Best Director, Best British Supporting Actor (Los Angeles-born Andrew Garfield), and Best Screenplay (Aaron Sorkin). (See further below the full list of London Film Critics Circle winners and nominees.)

Now, since the London Film Critics found Christian Bale’s performance better than Colin Firth’s, how come he wasn’t – at the very least – nominated for “overall” Best Actor as well?

The London Film Critics’ Circle’s Best Actress was Annette Bening, who plays the (needless to say, lesbian) wife of Julianne Moore and mother of Josh Hutcherson and Mia Wasikowska in Lisa Cholodenko’s The Kids Are All Right.

Lesley Manville was the Best British Actress for her lonely secretary in Mike Leigh’s Another Year.

And finally, Neds actor Conor McCarron was the Young British Performer of the Year, while Gareth Hughes won the Breakthrough British Filmmaker Award for Monsters. 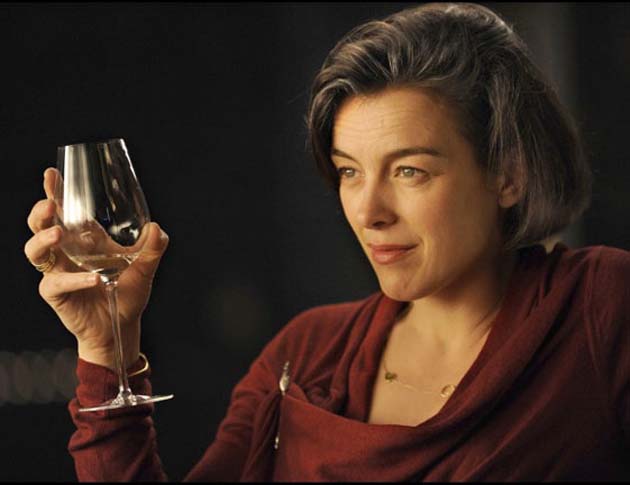 FOREIGN LANGUAGE FILM OF THE YEAR
Dogtooth (Verve).
I Am Love (Metrodome).
* Of Gods and Men (Artificial Eye).
The Secret in Their Eyes (Metrodome).
Uncle Boonmee Who Can Recall His Past Lives (New Wave).

YOUNG BRITISH PERFORMER OF THE YEAR
Jessica Barden – Tamara Drewe (Momentum).
* Conor McCarron – Neds (Entertainment One).
Will Poulter – The Chronicles of Narnia: The Voyage of the Dawn Treader (Fox).
Saoirse Ronan – The Way Back (Entertainment One).
Thomas Turgoose – The Scouting Book for Boys (Pathe). 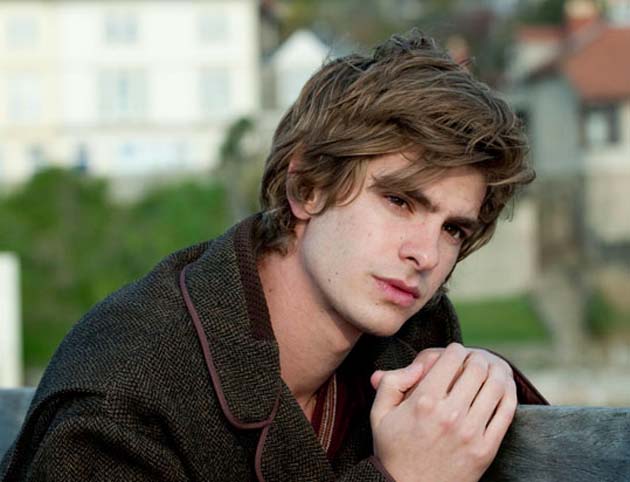 For instance, the London Evening Standard Award for Best Film? Instead of Tom Hooper’s The King’s Speech or even Mike Leigh’s Another Year, the selected title was Peter Mullan’s Neds, a social drama about violent urban youth in 1970s Glasgow that had already taken home the Best Film prize at last year’s San Sebastian Film Festival. But there’s more.

The Los Angeles-born but British-raised Andrew Garfield was chosen Best Actor for his performances in Mark Romanek’s Never Let Me Go, co-starring Keira Knightley and Carey Mulligan, and David Fincher’s U.S.-made The Social Network, toplining Jesse Eisenberg. The list of nominees, by the way, included none other than Oscar favorite Colin Firth for The King’s Speech.

The London Evening Standard Awards’ Best Actress was Kristin Scott Thomas for her adulterous wife having a hot and heavy affair with a builder (Sergi López) in Catherine Corsini’s French drama Leaving. This was Scott Thomas’ first win this awards season.

The Best Screenplay Award went to Clio Barnard for the unusual (sort of) documentary The Arbor, about the late playwright Andrea Dunbar’s life in a housing estate in Bradford.*

Down Terrace co-writer and director Ben Wheatley was named the Most Promising Newcomer.

The London Evening Standard Award Award for Best Documentary went to A Day in the Life, described as a series of “simple, strikingly shot black-and-white shorts made by the film-maker John Krish in the Fifties and early Sixties but released together for the first time in December of last year. These documentaries were sponsored by children’s charities, unions and even British Transport. Yet the end products, far from being anonymous ‘ads,’ are calmly off-beat odes – dreamy, jolting paeans to the innocent and neglected.”

Christopher Nolan of Batman Begins, The Dark Knight, and Inception fame, received the Alexander Walker Special Award for his contribution to cinema.

Regarding their unusual choice for Best Picture, film critic Derek Malcolm, one of the London Evening Standard Awards’ six judges explained: “Despite our admiration for The King’s Speech, the jury felt that Peter Mullan’s Neds deserved our prize this year. An original drama of great skill, power and human sympathy, the film reflects directly on the present as well as the past in which it is set.”

* The Arbor was up for a London Evening Standard Award in the Best Film – not Best Documentary – category. 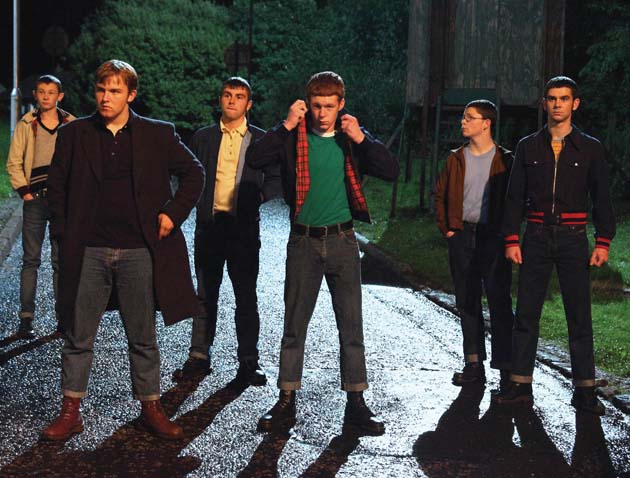 MOST PROMISING NEWCOMER
J Blakeson writer/director of The Disappearance of Alice Creed.
Tuppence Middleton (for her performances in Skeletons and Chatroom).
Nick Whitfield, director of Skeletons.
* Ben Wheatley, co-writer and director of Down Terrace.
Conor McCarron for his performance in Neds.

BEST DOCUMENTARY
* A Day in the Life by John Krish.
Oil City Confidential by Julien Temple.
Enemies of the People by Thet Sambat and Rob Lemkin.
Exit Through the Gift Shop by Banksy.
Land of the Free by Vadim Jean.
No Greater Love by Michael Whyte.

A Day in the Life description and list of London Evening Standard Award nominees via thisislondon.com. 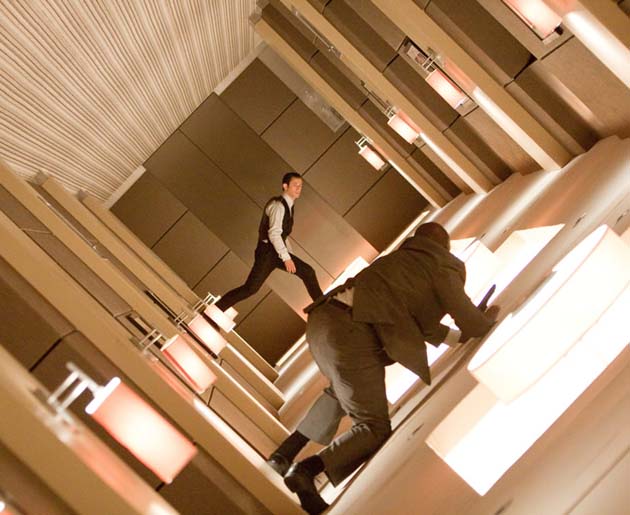 Inception cinematographer Wally Pfister – not, as many had been expecting, True Grit lenser Roger Deakins – was the feature film winner at the 2011 American Society of Cinematographers (ASC) Awards held on Sunday night (Feb. 13) at the Hollywood & Highland Grand Ballroom in Los Angeles.

“Presenter Diane Lane was def. surprised by Pfister’s ASC win,” tweeted TheWrap’s Steve Pond. “I think she figured there was a reason ([husband] Josh Brolin/True Grit) they chose her.”

Roger Deakins had won a BAFTA earlier in the day (evening in London), and shortly before Wally Pfister was announced as the year’s ASC Award winner Deakins had been handed the Society’s Lifetime Achievement Award. Among the veteran cinematographer’s credits are:

Roger Deakins has been nominated for nine Oscars (including True Grit); he has never taken home a statuette. Deakins has fared better at the ASC Awards, having won two of these:

Besides Inception‘s Wally Pfister and True Grit‘s Roger Deakins, this year’s ASC Award nominees in the feature film category were:

Among the evening’s other ASC Award winners were:

At the 2011 American Society of Cinematographers Awards ceremony, Best Actress Academy Award winner Julia Roberts (Erin Brockovich) was handed the ASC Board of Governors Award, given “to individuals who have made extraordinary achievements to advancing [sic] the art and craft of filmmaking.”

Previous Board of Governors Award recipients include:

ASC Awards committee chair Richard Crudo was quoted as saying that Julia Roberts was a good choice because “cinematographers and actors have a special rapport that begins with a mutual trust. Julia brings something extra to that relationship and further elevates what we do with her beauty and grace. She’s a gift to every cinematographer she works with.”

As TheWrap‘s Steve Pond remarked, after receiving the award from Tom Hanks – who made some crack about Roberts being 25 or whereabouts – the forty-something star of Eat Pray Love “reprised a joke she made at the Oscars in 2003 when she paid tribute to cinematographers ‘because I know what I look like at 5:30 in the morning.'”

And that’s how the “art and craft of filmmaking” is advanced.

Deakins did not work on Braveheart that was John Toll.

Many thanks for the correction.
I’m assuming he read (or thought) “Thunderheart” but typed “Braveheart.”

It’s important to note that the ASC is hardly a good judge of an eventual winner at the Oscars. Since 1986, only 9 winners of the ASC Award ended up winning Best Cinematography at the Oscars. That’s 9/24, or 37.5%. A little over 1/3 of the time ASC matches up with Oscar. Even if we’re only using the past decade as a judge, from 2000-2009, only 4 of the winners of the ASC Award won Best Cinematography at the Oscars. This equals out to a slightly higher, but still relatively low 40%.

Also, Oscar might be feeling some heat to finally award Deakins, as he’s been nominated 8 times but never won and many consider him to be one of the greatest cinematographers of all time (I personally ascribe to this view).

One last point is that only 3 times in Oscar’s history has a movie received 10 or more nominations and walked away completely empty-handed. Gangs of New York (10 nominations, 0 wins), The Color Purple (11 nominations, 0 wins), and The Turning Point (11 nominations, 0 wins). Given that True Grit doesn’t seem to be very competitive in any other awards categories, Cinematography seems like the one award it has a very good chance of winning. Again, statistically, there have been 77 movies in Oscar history which have been nominated for 10+ awards, and only 3 have failed to win a single award. That’s 3/77 or 3.8%. Unless Steinfeld wins for Best Supporting Actress (which seems less and less likely every day), I would bet on True Grit coming away with Cinematography.

Wally Pfister’s work on Inception was brilliant, but for the moment I’ll keep my money on Deakins to win the Oscar.

Thanks for writing, Nathan.
You’re probably right about Roger Deakins at the Oscars.