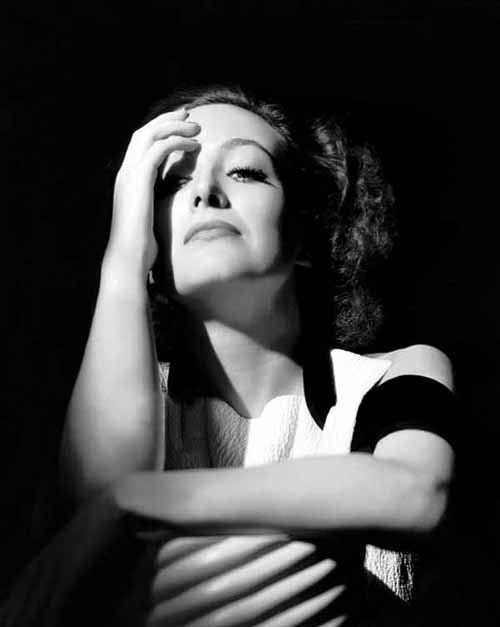 Some have called her the greatest movie star ever, but even if that’s a sort of exaggeration – how does one measure stardom-ness? – Joan Crawford most likely is the film performer who worked most assiduously and for the longest time on creating and maintaining the image of the movie star par excellence.

In fact, it’s hard to imagine Joan Crawford (née Lucille Fay LeSueur in San Antonio, Texas, in 1905) being anything, anywhere, anytime but a movie star.

During her 45-year film career – from the jazzy mid-1920s to the schlocky late 1960s – Crawford appeared in more than 80 motion pictures and about a dozen television shows. She bagged one Oscar for her excellent dramatic performance in the first-rate film noir-cum-mother-daughter-melodrama Mildred Pierce in 1945, and earned two other nominations in subsequent years (for Possessed in 1947 and Sudden Fear in 1952).

Mommie Dearest, Faye Dunaway, and wire hangers, however, have all but destroyed the image Crawford fought so hard to maintain.

Neil Maciejewski, host of the Legendary Joan Crawford Website, has agreed to answer a few questions about the actress. Neil – we’ve known each other for a few years – has co-written a book (with Michelle Vogel) that focuses on Crawford’s somewhat neglected career accomplishments. The book, which encompasses her film, television, and radio appearances, is due out in late 2007/early 2008. 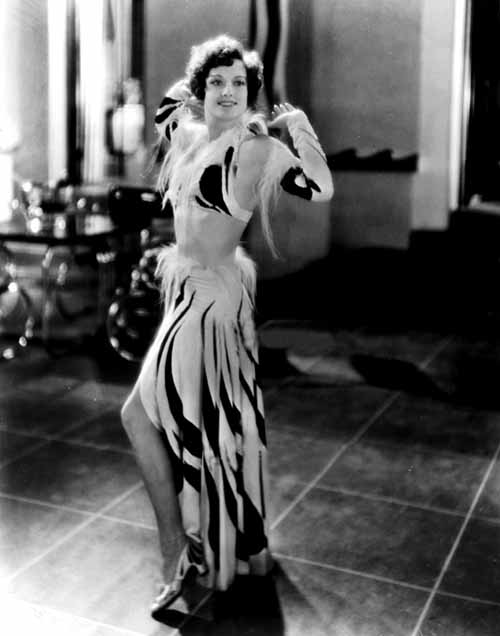 How is the book you wrote with Michelle Vogel different from other previous books on Joan Crawford?

The upcoming book, title still undetermined, is going to be the “Joan Crawford bible” in a way. It will cover all of Joan’s movies in depth, her television and radio appearances, and the movies she missed out on. It will also be filled with many rare, never before seen photos. There is also a special addition that might be included with the book.

How did you first become interested in Joan Crawford?

I grew up in the ’80s and I was introduced to Mommie Dearest at a young age. After watching the movie several times, I was curious to know who the “real” Joan Crawford was and I discovered two of her movies, Grand Hotel [1932] and Mildred Pierce [1945]. I was impressed with her acting and mesmerized by her beauty.

Joan Crawford almost invariably played determined women on screen. She also has a reputation for having been an extremely ambitious woman off screen. Is that a fair assessment of her character? What sort of person was she?

Joan was an extremely ambitious woman who, I feel, was way ahead of her time. I look at Joan as a pioneer in many things such as fashion, women’s roles in movies, and single mothers adopting children. Joan was very determined, and gave everything she did in life – whether it be acting, raising children, or endorsing Pepsi Cola – 100 percent of herself. She was also very generous and thoughtful to many of the people she encountered, including her fans.

Much has been said about Joan Crawford’s rivalry with Norma Shearer when they were both at MGM in the 1920s and 1930s, and with Bette Davis when they made “What Ever Happened to Baby Jane?” [above] in 1962. Are those stories exaggerations, or did Crawford really feel that Shearer and Davis were her competitors?

Joan had a tough time in her early years getting the types of roles she desired at MGM; she wanted the roles that Norma Shearer was nabbing. There was probably some rivalry and jealously early on between the two actresses. As far as Joan and Bette Davis are concerned, it is rumored that Joan snubbed Bette early on in her career and Bette never forgot that. After Joan came to Warners [in the mid-1940s] and dominated with some great performances, Bette’s animosity most likely was fueled by Joan infringing on her territory. Plain and simple, Joan and Bette were not friends.

Were there any roles that Joan Crawford wanted to play but that went to other actresses or that never materialized for one reason or another?

Some of the movies that come to mind that Joan vied for but didn’t get was an early Norma Shearer talkie called The Divorcee. Norma ended up winning an Oscar for her work in that film. Joan also wanted to star in two films made at the end of her career at MGM, Random Harvest and Madame Curie, but they went to Greer Garson. One of Joan’s biggest misses was From Here to Eternity, in which she was given the part but due to her wardrobe demands she was replaced by Deborah Kerr

Joan Crawford seemed like one of those performers who would keep on working until the end. If so, why did Crawford halt her film work after “Trog” in 1970?

Joan was determined even in her later years. She did continue working after she made Trog, [appearing on TV shows] like The Sixth Sense in 1972. Joan was slated to star in the movie Superman in 1978, but unfortunately she died on May 10th 1977.

Ann Blyth, who played Joan Crawford’s daughter from hell in “Mildred Pierce” [above], had only positive things to say about her. Did you get to talk to Blyth for your book?

I did not talk to Ann Blyth in regards to the upcoming book. She was interviewed at the Castro Theatre last year and it was a delight to hear her compliment Joan in many ways.

All of them. [Laughs] Joan gave great performances in all of her movies, even though some of the movies were not that great. The ones I recommend for newcomers interested in Joan Crawford the actress are: Mildred Pierce, Grand Hotel, A Woman’s Face (1941), Rain (1932), Letty Lynton (1932), Possessed (1947), Humoresque (1946) … I could go on and on.

Neil,Thank you so much for all your work along with Casey to uncover the truth about Joan Crawford.She would have been proud of you both.

…I mean the second pic.. but the first one is good too!!

Joan’s so hot! That’s an awesome pic of her (the first one)!!

ha wire are you serious? what movie is that from the only one that i saw was What ever happened to baby jane and that was a great movie; Oh sistser oh sister oh so fair why is there blood all over your hair? i love it!ha

I’m assuming your mother never told you not to play with wire. Too bad.

My suggestion: Watch “Mommie Dearest” to learn what happens to people who play with wire.

P.S. Wood may be more friendly, but wire can be much, much warmer.

I was quite impressed with your q/a session on Joan Crawford. I got so much from it that I didn’t know about Crawford. I came away with one overiding theme and concern to me. Don’t you think that there were so many more options for clothes hangers in the ’50’s and ’60’s that there should be more time spent discussing why she was so incredibly fond of wire? I just think that wood is more warm and friendly where wire could leave such a scar. Don’t you think?? I appreciate your comments.