John Malkovich Photos: How to Look Like a Model Marilyn Monroe + Albert Einstein 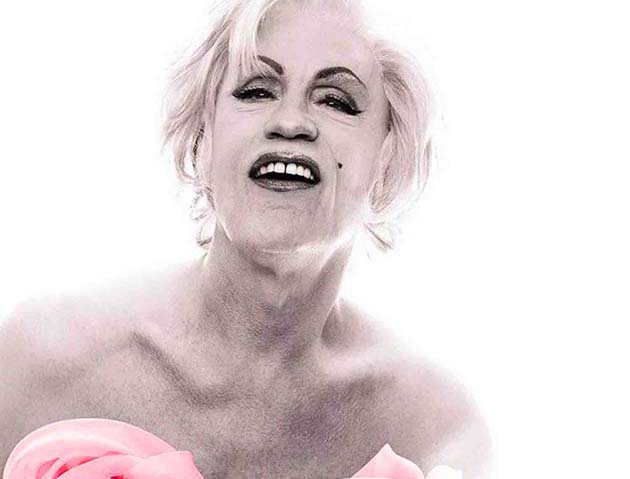 John Malkovich photos: How to look like a model, from Marilyn Monroe to Albert Einstein

Whether you found Spike Jonze’s 1999 mind-invading comedy Being John Malkovich a pretentious bore or the most innovative motion picture since Georges Méliès’ The Man with the India-Rubber Head, you’ll probably enjoy Sandro Miller’s series of John Malkovich photos, in which the two-time Best Supporting Actor Academy Award nominee becomes the real-life characters in some of the most celebrated – and mostly pop, U.S.-made – photographs ever taken.

In Being John Malkovich, the likes of John Cusack, Cameron Diaz, and Catherine Keener discover an escape from their drab lives by getting into the mind of John Malkovich. (Don’t ask….) The film’s climax takes place when Malkovich himself goes on a trip inside his own mind, consequently seeing everyone around him in his own image. Sandro Miller’s photo series expands on that sort of, huh, “inner consciousness.”

Thus, we get to see John Malkovich as the following:

There are many more John Malkovich photos: some are quite funny; others are quite beautiful; and others yet are the stuff nightmares are made of.

Strangest of all is perhaps the John Malkovich photo as Albert Einstein. I could barely tell the difference between the actor and the genius.

John Malkovich was not nominated for an Academy Award for playing (a movie version of) himself in Being John Malkovich, but he did get shortlisted in the Best Supporting Actor category for both Robert Benton’s Depression era Places in the Heart (1984), starring Sally Field, and Wolfgang Petersen’s thriller In the Line of Fire (1993), starring Clint Eastwood.

But heed our words: Malkovich would be a great Albert Einstein and, for lack of a better word, a memorable Marilyn Monroe.

Ah, in case you’re wondering, Georges Méliès’ pre-CGI visual-effects fest The Man with the India-Rubber Head came out in 1901.

Check out more John Malkovich photos in The Guardian.