John Travolta and wife Kelly Preston are seen arriving at the 2011 Governors Awards. The Academy of Motion Picture Arts and Sciences’ ceremony was held in the Grand Ballroom at Hollywood & Highland in Hollywood, on Saturday, Nov. 12.

Other John Travolta movie credits include:

Among Kelly Preston’s movie credits are Twins, Citizen Ruth, From Dusk Till Dawn, and Only You. 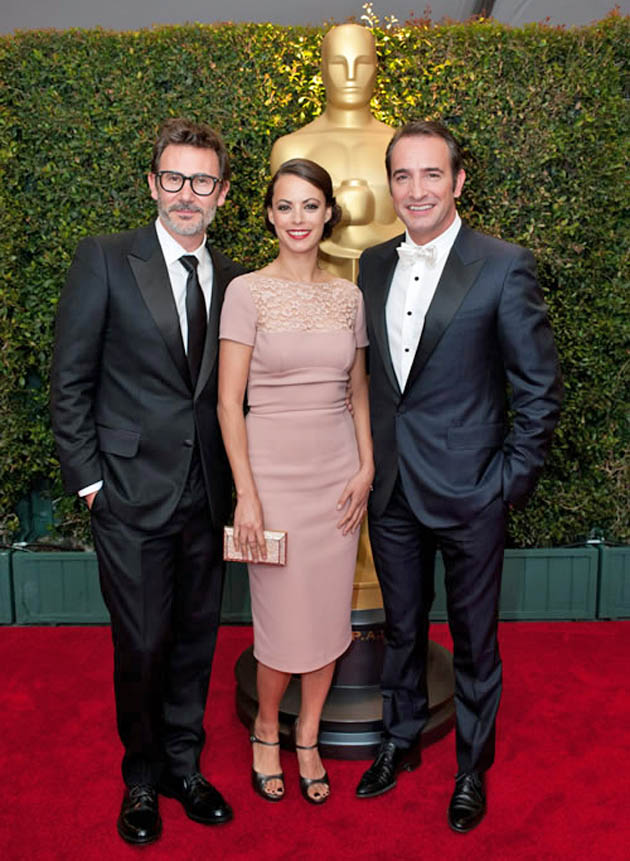 The Artist director/screenwriter Michel Hazanavicius; his wife Bérénice Bejo; and Jean Dujardin attend the Academy of Motion Picture Arts and Sciences’ 2011 Governors Awards, which was held on Saturday, Nov. 12, in the Grand Ballroom at Hollywood & Highland in Los Angeles. Hazanavicius, Bejo, and Cannes Film Festival Best Actor winner Dujardin are all likely nominees for the 2012 Academy Awards.

Make-up artist Dick Smith, whose movie credits include The Cardinal, House on Haunted Hill, and The World of Henry Orient, was present at the ceremony to receive his Honorary Oscar statuette. And so was television celebrity Oprah Winfrey, a Best Supporting Actress Academy Award nominee for Steven Spielberg’s The Color Purple (1985); Winfrey was this year’s Jean Hersholt Humanitarian Award winner.

In The Artist, Jean Dujardin plays a fast-fading silent film star along the lines of John Gilbert – but with the joie de vivre of Douglas Fairbanks. There are also shades of both Fredric March and James Mason in the 1937 and 1954 versions of A Star Is Born, with bits of Gene Kelly in Singin’ in the Rain thrown in.

A likely Best Actor Oscar contender, Dujardin has been featured in about two dozen films since 2001. Apart from The Artist, here’s a quartet of notable titles:

OSS 117: Lost in Rio, for instance, pays homage to both Philippe de Broca’s That Man from Rio (1964) and Alfred Hitchcock’s North by Northwest (1959), with a climactic finale atop Rio de Janeiro’s Christ the Redeemer statue. 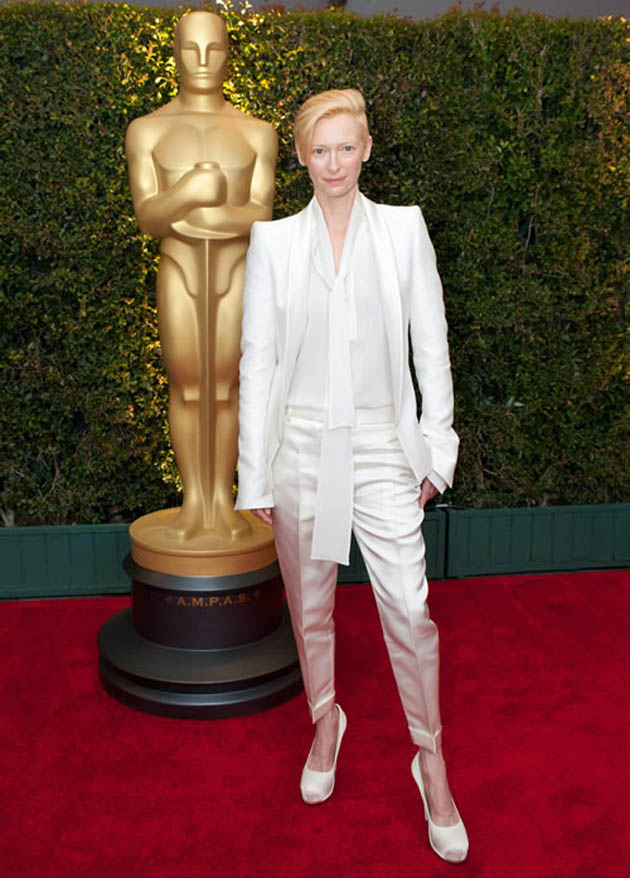 Tilda Swinton won her Oscar for Tony Gilroy’s Michael Clayton, starring George Clooney and Tom Wilkinson. Her victory that year was somewhat of a surprise.

Since her debut in Derek Jarman’s Caravaggio (1986), the London-born Tilda Swinton (Nov. 5, 1960) has been featured in nearly 50 films, ranging from the outrageously subversive to the unabashedly commercial. Here are a few titles released so far this century: 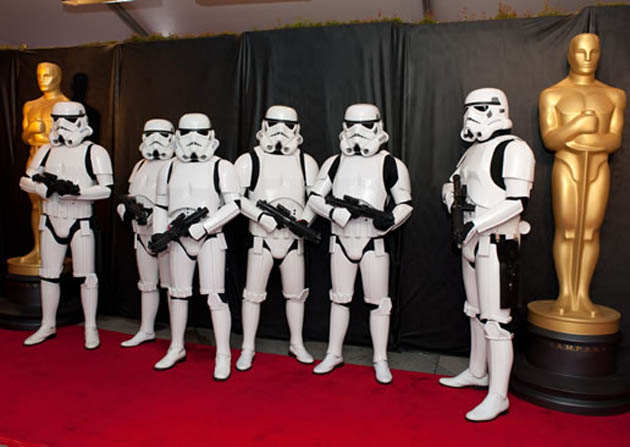 Stars Wars Stormtroopers were present on the 2011 Governors Awards’ Red Carpet on Nov. 12. Whether they were actually guests at the ceremony itself is another matter.

But why would the Stormtroopers be seen anywhere near this year’s Governors Awards? To protect John Travolta from those pesky paparazzi?

Hardly. They showed up because honoree James Earl Jones – ironically, not in attendance (see above) – provided the voice of Darth Vader in the Star Wars movies.

The Stormtroopers make life difficult for the Star Wars saga heroes in the original Star Wars, The Empire Strikes Back, The Return of the Jedi, etc. George Lucas directed the first Star Wars, one of the biggest blockbusters in history. 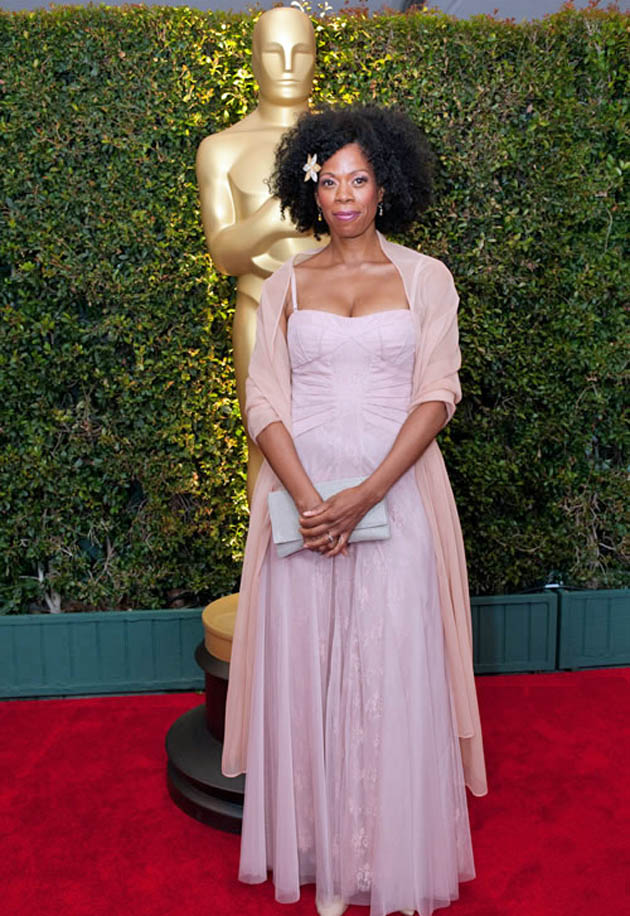 Pictured above is actress Kim Wayans arriving at the Academy of Motion Picture Arts and Sciences’ 2011 Governors Awards, held in the Grand Ballroom at Hollywood & Highland in Los Angeles, on Saturday, Nov. 12.

James Earl Jones (The Great White Hope, the voice of Darth Vader in the Star Wars movies) was a long-distance Honorary Oscar recipient, as he’s co-starring opposite Vanessa Redgrave in Driving Miss Daisy on the London stage.

Mostly a television performer, Kim Wayans has been featured in a mere ten films in the last quarter of a century. Titles include:

On TV, Wayans is best known for the series In the House and In Living Color. 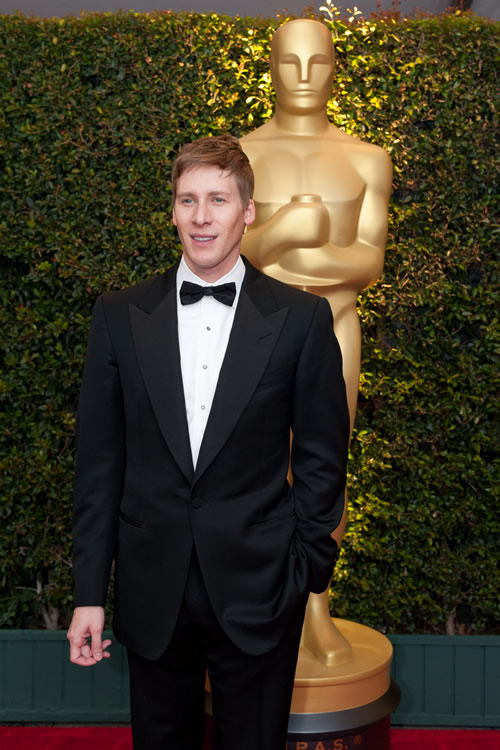 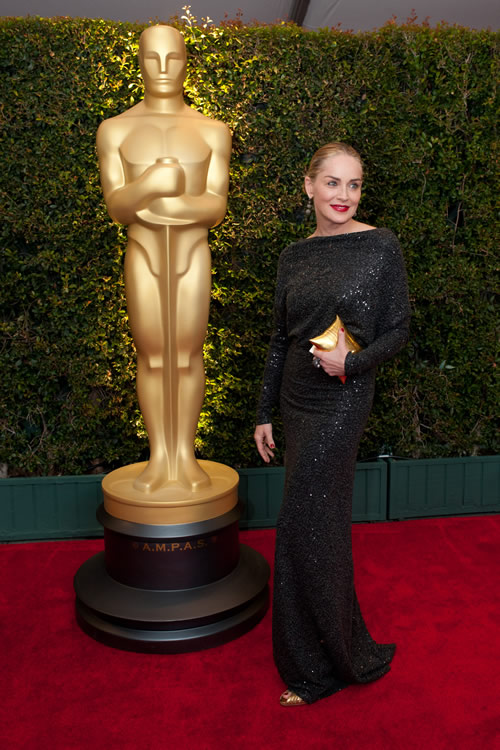 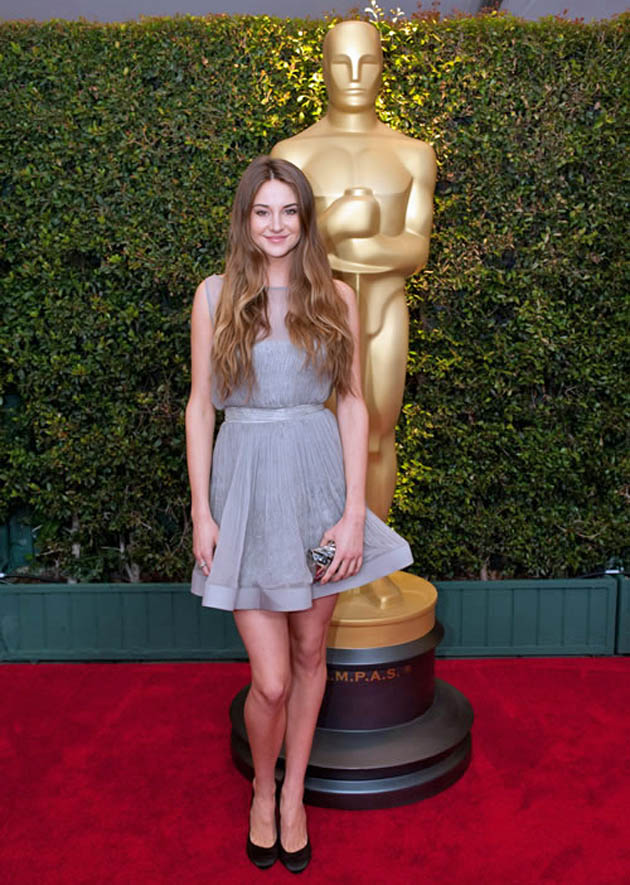 Actress Shailene Woodley, one of George Clooney’s co-stars in Alexander Payne’s The Descendants, is seen at the 2011 Governors Awards’ Red Carpet outside the Grand Ballroom at Hollywood & Highland in Hollywood.

Shailene Woodley is a potential Best Supporting Actress Academy Award nominee for her performance in The Descendants. The film itself, George Clooney, and director/co-screenwriter Payne are almost sure to be shortlisted come Oscar time. Woodley’s chances are a bit more fuzzy, as competition can be fierce in that particular category.

Shailene Woodley, who has just turned 21, has been in show business – mostly on television – since before the start of the 21st century. Besides The Descendants, she has only two other film credits:

Woodley’s TV credits include recurring roles in The O.C. and Crossing Jordan, in addition to the lead in the series The Secret Life of the American Teenager, in which she plays Amy Juergens opposite Ken Baumann and Daren Kagasoff. 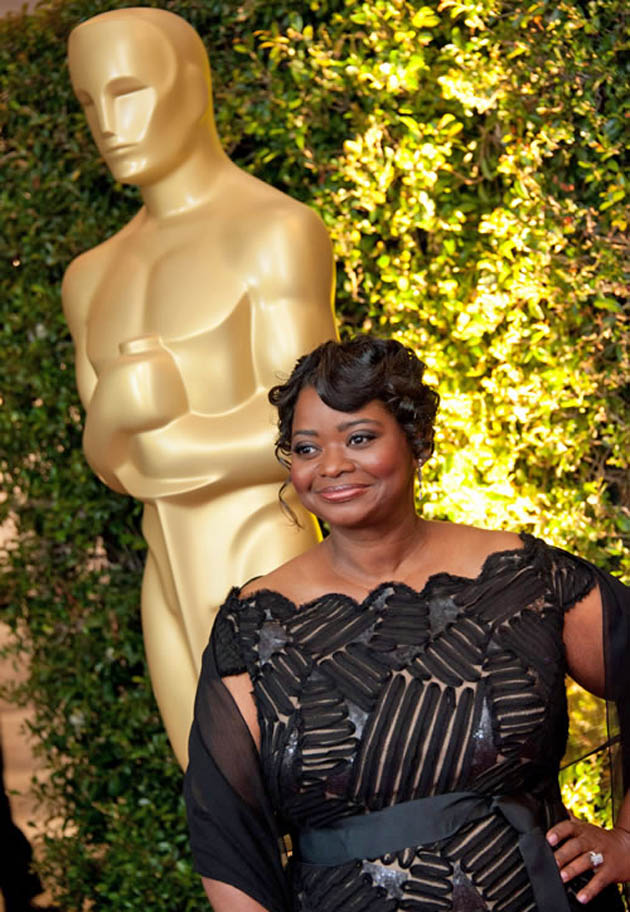 The Help actress Octavia Spencer, a strong 2012 Best Supporting Actress Oscar contender, is seen above while on the Governors Awards’ Red Carpet outside the Grand Ballroom at Hollywood & Highland in Hollywood.

Like Evan Rachel Wood and Octavia Spencer, many of the attendees at this year’s Governors Awards were Oscar 2012 hopefuls. Among these were:

Besides Octavia Spencer and Viola Davis, The Help cast includes: