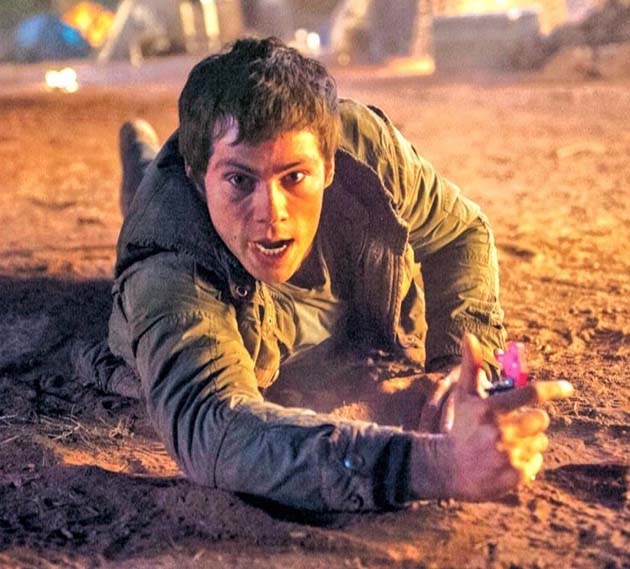 The 20th Century Fox release Maze Runner: The Scorch Trials, the sequel to the 2014 hit The Maze Runner, and Warner Bros.’ Johnny Depp star vehicle Black Mass will be battling it out at the North American box office this coming weekend, Sept. 18-20, the last (astronomical) summer weekend of 2015.

According to Variety, Maze Runner: The Scorch Trials will “likely” end up at the top of the U.S. and Canada box office chart. In fact, more than just “likely,” in case tracking is on target. Including Thursday evening shows, Maze Runner 2 is expected to collect somewhere around $35 million from 3,790 sites, while Black Mass should take in $22 million or so from 3,188 theaters.

Maze Runner 2 will then open only about 10 percent ahead of the original, which debuted with $32.51 million from 3,604 sites at the same time frame last year.

Directed by Wes Ball and toplining Dylan O’Brien (The Internship) and Kaya Scodelario (Pirates of the Caribbean: Dead Men Tell No Tales), The Maze Runner went on to gross $102.42 million in North America, in addition to $238.32 million internationally, for a worldwide grand total of $340.75 million.[1] The film cost a reported $34 million, not including marketing and distribution expenses.

To date, Maze Runner: The Scorch Trials has a mediocre 50 percent approval rating and a 5.5/10 average among Rotten Tomatoes‘ top critics. But this variation on The Hunger Games’ dystopian setting should be critics-proof – at least on its opening weekend. 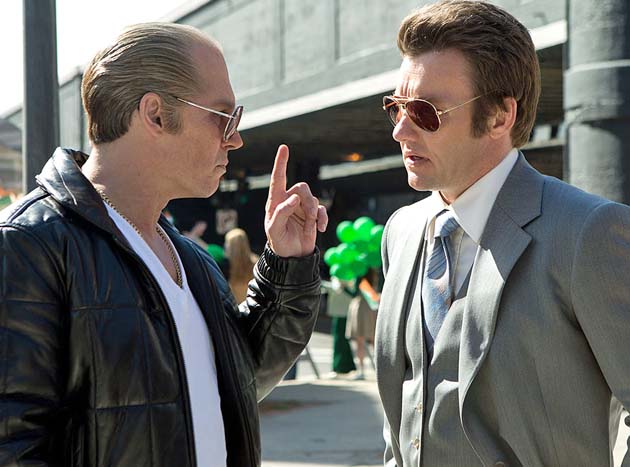 What may help Black Mass are solid reviews and good word of mouth, so the film can develop long legs throughout the fall season. Whether that’ll happen remains to be seen.

With nine reviews so far, Black Mass has a (at first glance impressive) 78 percent approval rating – but only 6.4/10 average among Rotten Tomatoes‘ top critics.

‘The Departed’: Boston mafia was solid box office back in 2006

As for the $53 million-budgeted Black Mass, it could theoretically earn Depp his fourth Best Actor nomination.[3] Besides, the political crime thriller will surely outperform (at least in relative terms) Depp’s spate of domestic box office disasters going all the way back to 2010: Mortdecai, Transcendence, The Lone Ranger, Dark Shadows, The Rum Diary, The Tourist. But that’s really not saying much.

Black Mass was directed by Scott Cooper (Crazy Heart) from a screenplay credited to Mark Mallouk (executive producer on Everest) and Jez Butterworth (Edge of Tomorrow, Fair Game), itself based on Gerard O’Neill and Dick Lehr’s book.

As found in Variety, Baltasar Kormákur’s Everest, opening in limited release, is expected to score $5 million, while Robert Zemeckis’ The Walk, covering the same ground as James Marsh’s 2008 Academy Award winner Man on Wire, should take in about the same amount. A French-accented Joseph Gordon-Levitt stars as wire-walking man Philippe Petit.

[2] Jack Nicholson’s The Departed character was loosely based on Whitey Bulger, and so was Pete Postlethwaite’s Fergus ‘Fergie’ Colm in Ben Affleck’s critical and (moderate) box office hit The Town.

[3] For the record, Johnny Depp’s three Best Actor Academy Award nominations were for the following movies: 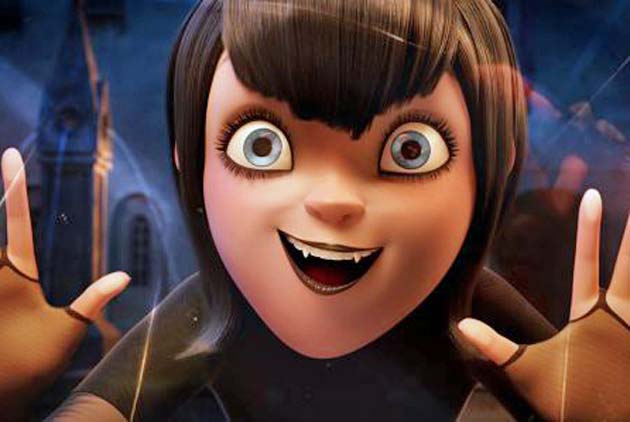 Adam Sandler has been having his share of domestic box office flops lately. Chris Columbus’ Pixels, which opened in late July to scathing reviews and indifferent audiences, was the latest one: a reported $88 million production (plus marketing and distribution expenses) that earned $76.67 million in the U.S. and Canada (plus an estimated $145.1 million elsewhere). But now comes the Sony Pictures release Hotel Transylvania 2, the concisely titled sequel to the late Sept. 2012 hit Hotel Transylvania.

Directed by Genndy Tartakovsky, the $80-85 million-budgeted animated feature should open around $48 million from 3,754 theaters according to early weekend box office estimates found at Deadline.com.

The report adds that some “rival studio box office analysts” believe Hotel Transylvania 2 may actually pass the $50 million mark. On Friday, Sept. 25, it collected a better than expected (estimated) $13.5 million.

That is, unless one takes into account a little something called inflation. As any box office journalist should, lest their reporting be perceived as part of the studios’ movie marketing campaign.

According to inflation-adjusted figures – which better reflect actual ticket sales – found at Boxofficemojo.com, even if it debuts with $50 million Hotel Transylvania 2 will still trail a couple of other movies:

Bear in mind that neither movie had the box-office-boosting advantage of 3D / PLF surcharges or Thursday evening shows, which has become commonplace these days.

As for Hotel Transylvania 2 becoming the biggest Adam Sandler weekend opening of all time as some are already proclaiming … Well, once again, think inflatedly.

Click and Mr. Deeds are a couple of other Adam Sandler movies that, once their opening weekend take is adjusted for inflation, debuted with more than $50 million at the North American box office.

It should be noted that Sandler can actually be both heard and seen on screen in the movies listed above.

Co-written by Adam Sandler and Robert Smigel, Hotel Transylvania 2 features the voices of Sandler as Dracula, Andy Samberg as Jonathan, Selena Gomez as Mavis, and Kevin James as Frankenstein. Also in the cast:

Long before (the voices of) Adam Sandler and Kevin James in Hotel Transylvania 2, Dracula and Frankenstein were played by the likes of: 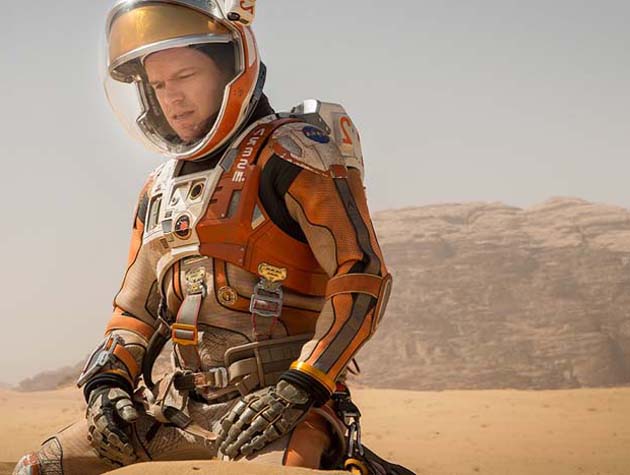 ‘The Martian’ fights ‘Gravity’ for October box office record; actual winner, however, is an Earthbound comedy

Released by 20th Century Fox, Ridley Scott’s extremely well-received The Martian, starring Matt Damon in the title role as a U.S. astronaut fighting for his life after being left behind all alone on Mars, opened with an estimated $18 million on Friday, Sept. 30, ’15, at 3,831 North American theaters, about two thirds of which in 3D. Bear in mind that the Friday estimate includes $2.5 million from Thursday evening and midnight screenings.

Directed by eventual Academy Award winner Alfonso Cuarón, Warner Bros.’ Gravity, another extremely well-received space movie about a pioneering American fearlessly kicking death’s ass while stranded in a – literally – alien realm, collected $17.48 million over the same weekend back in 2013. Sandra Bullock starred as the lost-in-space astronaut and middle-American Mom struggling to find her way back to Earth, with George Clooney as a country-music-loving space cowboy who bravely sets out to meet his maker.

Gravity officially holds the record for best opening weekend in October at the North American box office. As found at Boxofficemojo.com, Cuarón’s mix of adventure and soap opera collected $55.78 million, going on to earn a domestic total of $274.09 million, in addition to $449.1 million overseas, for a grand worldwide total of $723.1 million.

Hurricane Joaquin is currently causing catastrophic floods in North and South Carolina, but the U.S. and Canada’s main urban centers – where most of the box office dough is collected – should remain either dry or wet but in business. For now, The Martian is expected to gross $55 million by Sunday evening, thus placing it only slightly behind Gravity.

Could a Saturday surge make The Martian beat Gravity? Sure. If so, The Martian will officially become the biggest October debut ever at the North American box office. Just remember that “officially” doesn’t mean “actually.”

When inflation is taken into account – as it always should so we can have a better idea about actual ticket sales – by Sunday evening the biggest opening weekend in October at the North American box office will belong neither to The Martian nor to Gravity.

Directed by David Zucker, the 3D-deficient spoof/comedy collected $48.11 million at 3,505 locations in late October 2003. That represents approximately $67 million today. In other words, what you have is the likes of Pamela Anderson and Charlie Sheen kicking Matt Damon’s and Sandra Bullock’s box office butts.

Also in the Scary Movie 3 cast:

At no. 2 in October is DreamWorks Animation’s A Shark Tale, with $47.6 million – or approx. $64 million adjusted for inflation. The animated flick features the voices of Will Smith, Renée Zellweger, Angelina Jolie, Robert De Niro, Martin Scorsese, and Peter Falk, among others.

Henry Joost and Ariel Schulman’s Paranormal Activity 3 would be movie no. 3, with $52.56 million, or about $56.5 million adjusted. Gravity is right behind it at no. 4.

Besides Matt Damon, The Martian movie cast features the following:

For the record, Christopher Nolan’s Interstellar, a Paramount (domestic) release starring Matthew McConaughey and The Martian‘s Jessica Chastain – plus Matt Damon in a smaller role – debuted with $47.5 million in Nov. 2014.*

You Don’t Mess with the Zohan Box Office: Adam Sandler (Not Gay)...