Johnny Lewis, best known for playing Kip ‘Half Sack’ Epps in the FX series Sons of Anarchy, died on Wednesday, Sept. 26, after falling off the roof of a home in the Los Angeles suburb of Los Feliz.

Shortly before his fatal fall, Lewis had allegedly strangled the 81-year-old landlady at their residence nearby. Johnny Lewis was 28.

Born in Los Angeles (on Oct. 29, 1983), Lewis worked mostly on television. In addition to Sons of Anarchy, he had recurring roles in The O.C., Quintuplets, and American Dreams. Guest roles included those in The Guardian, Judging Amy, Criminal Minds, and Cold Case.

According to the IMDb, Johnny Lewis’ last movie was Camilo Vila’s 186 Dollars to Get Out, the story of a California surfer (John Robinson) incarcerated in a Peruvian political prison in the early ’80s.

“It was a tragic end for an extremely talented guy, who unfortunately had lost his way. I wish I could say that I was shocked by the events last night, but I was not. I am deeply sorry that an innocent life had to be thrown into his destructive path.”

Steve Sabol, an NFL Films multitasker who helped to increase the popularity of pro-football TV viewership in the United States, died at age 69 in Moorestown, New Jersey.

Founded by Ed Sabol (Steve’s father) in 1962, NFL Films added cinematic tricks – e.g., slow motion, an orchestral score – to the televised depiction of American football. According to the New York Times, NFL won 107 sports Emmy Awards, including two this year, “Steve Sabol was cited by name on more than a third.”

Though a television sports show producer, Steve Sabol and his NFL Films have an important place in film history if the Times obit is to be believed. According to the report, Sam Peckinpah got the idea to use slow-motion in a climactic action scene in his ultra-violent, epoch-making 1969 Western The Wild Bunch after watching a Super Bowl highlights film made by Sabol.

Now, although the “Steve Sabol NFL Films connection” is certainly a possibility, two years before The Wild Bunch came out, slow motion had been used to emphasize violent action in the climax of Arthur Penn’s Bonnie and Clyde. Additionally, Akira Kurosawa’s Seven Samurai, reportedly an inspiration for Sam Peckinpah’s film, had also made use of the slow-motion technique in action scenes back in 1954.

According to The Montreal Gazette, the Montreal-born Eberts financed or produced more than 50 films. The IMdb lists 38 Jake Eberts producing credits, most of which in the capacity of executive producer.

Other Jake Eberts film credits under various producing capacities include Peter Bogdanovich’s Texasville, with Jeff Bridges and Cybill Shepherd; Peter Yates’ The Dresser, with Albert Finney and Tom Courtenay; Robert Redford’s A River Runs Through It, with Brad Pitt; and Peter Weir’s The Way Back, with Ed Harris and Colin Farrell.

As per The Gazette, Eberts’ most recent project was the IMAX 3D documentary Jerusalem (not listed on the IMdb), to come out in 2013. 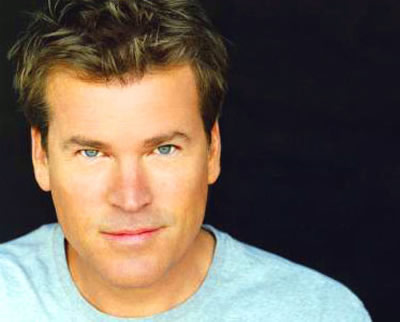 Stephen Dunham, best known for his roles in the television series DAG, What I Like About You, and Hot Properties, died of a heart attack in Burbank (approx. 19 km north of downtown Los Angeles) on Monday, Sept. 17. The Boston native had turned 48 three days earlier. [Addendum: According to several sources, Dunham died on Sept. 13.]

Among Dunham’s other television appearances were those in the series Oh, Grow Up, The Chronicle, D.O.T.S. Last year, he guested in Hot in Cleveland.

In addition to his TV work, Dunham was featured in about a dozen films, almost invariably in minor roles. Those include The Mummy (1999), with Brendan Fraser; Academy Award winner Steven Soderbergh’s Traffic (2000), with Michael Douglas, Benicio Del Toro, and Catherine Zeta-Jones; Steven Spielberg’s Catch Me If You Can (2002), with Leonardo DiCaprio; and the comedy Monster-in-Law, starring Jane Fonda, Jennifer Lopez, and Michael Vartan.

Dunham was married to actress Alexondra Lee, among whose credits are the TV series Party of Five and Special Unit 2.