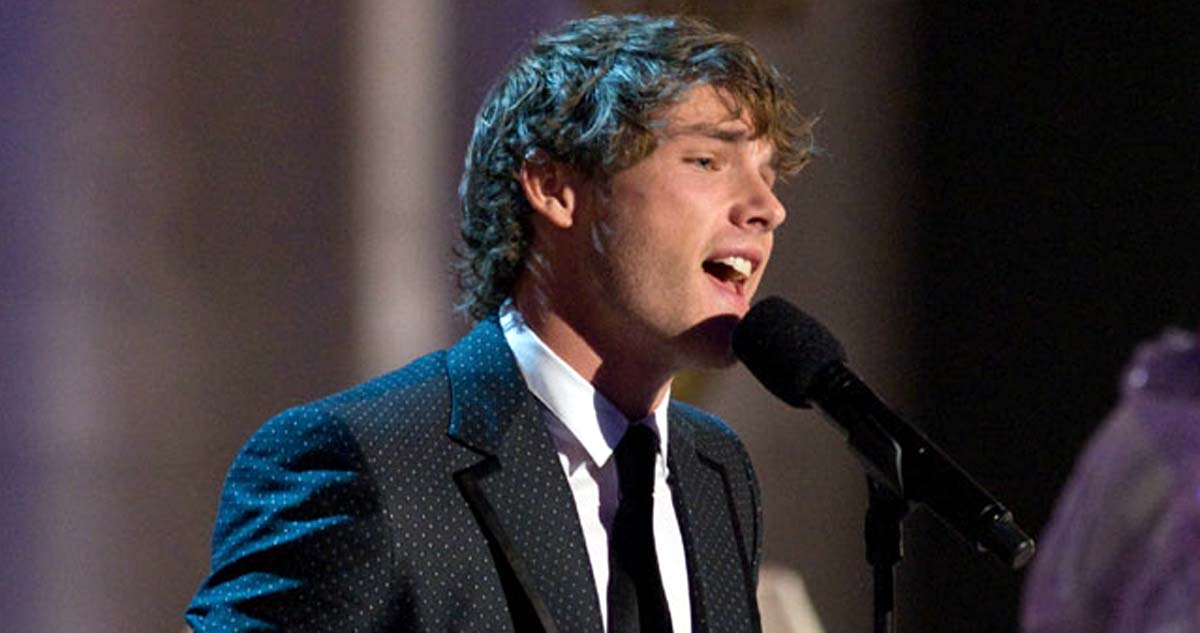 At the 2008 Academy Awards ceremony, singer Jon McLaughlin performed “So Close,” the Oscar-nominated song from Kevin Lima’s box office hit Enchanted, starring Amy Adams and Patrick Dempsey. Curiously, Enchanted was nominated for three Academy Awards, all three in the same category: Best Original Song. Besides “So Close,” the other nominees were “Happy Working Song” (performed at the Oscars by Amy Adams) and “That’s How You Know” (performed by Kristin Chenoweth). All three songs have music by Alan Menken and lyrics by Stephen Schwartz. (See “unedited” Jon McLaughlin “So Close” photo below.)

Just as curiously – though not unexpectedly – the three Enchanted songs lost the Best Song Oscar to Glen Hansard and Markéta Irglová’s “Falling Slowly” from the well-received romantic drama Once.

Jon McLaughlin hasn’t had a movie career so far. As a ballroom singer, McLaughlin sings “So Close” in Enchanted – and that’s about it. 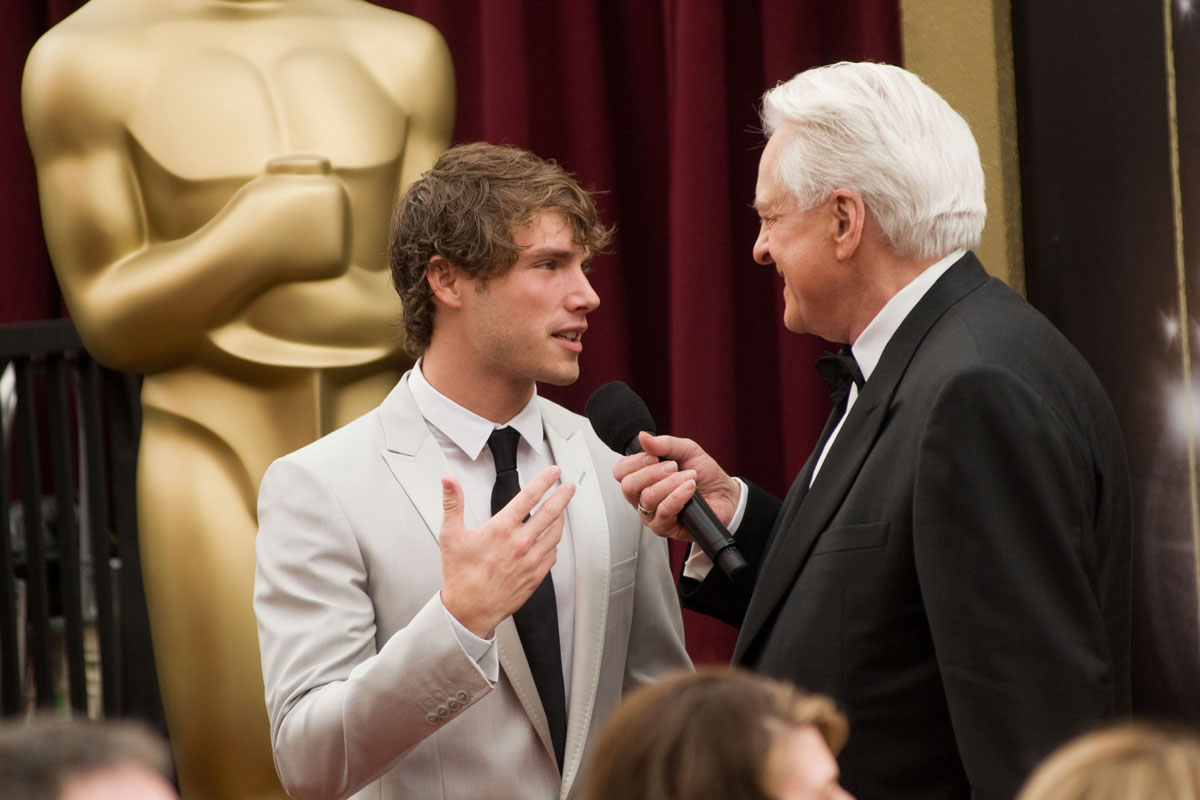 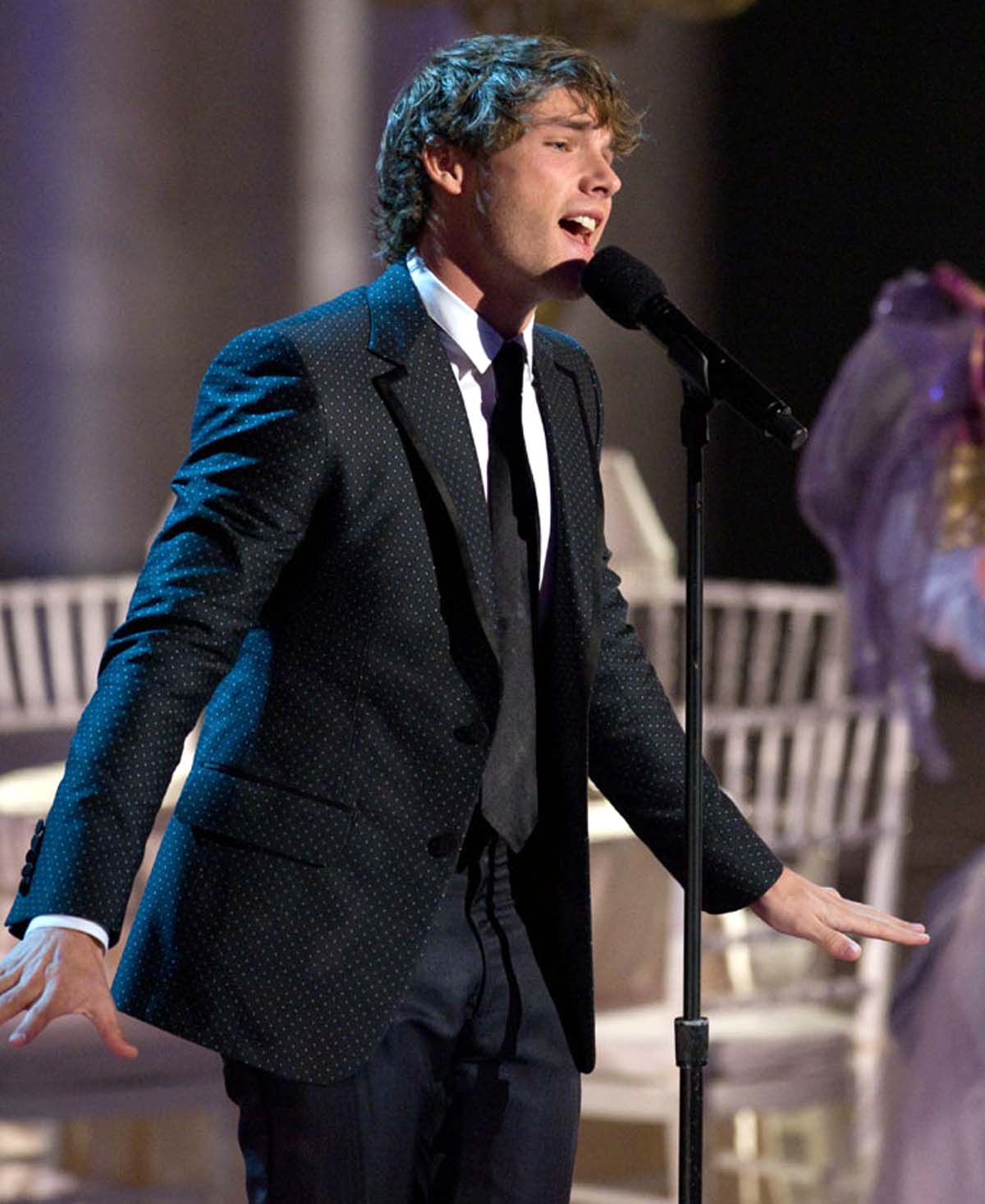 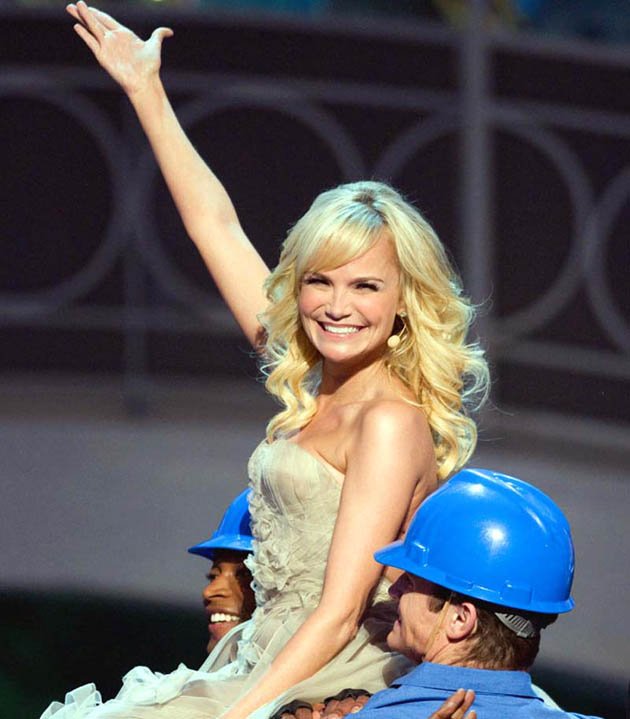 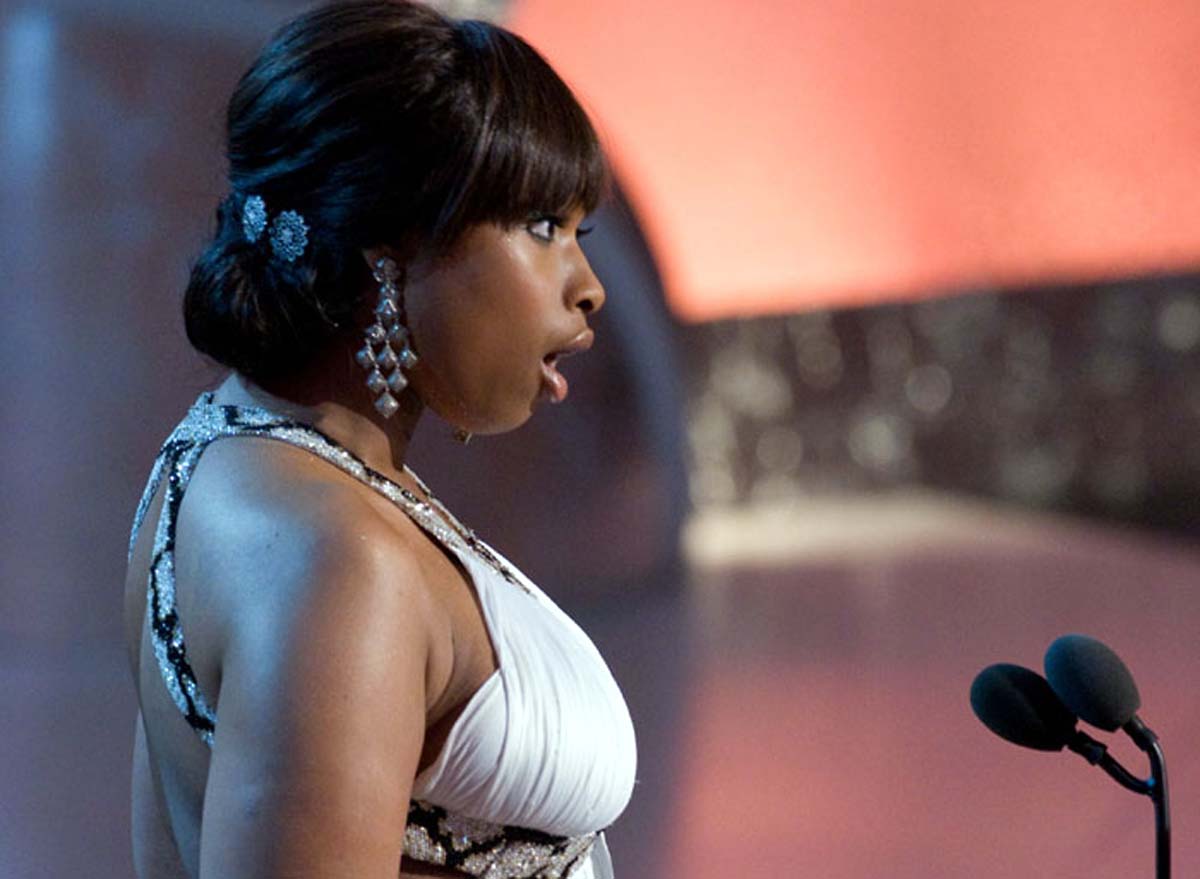 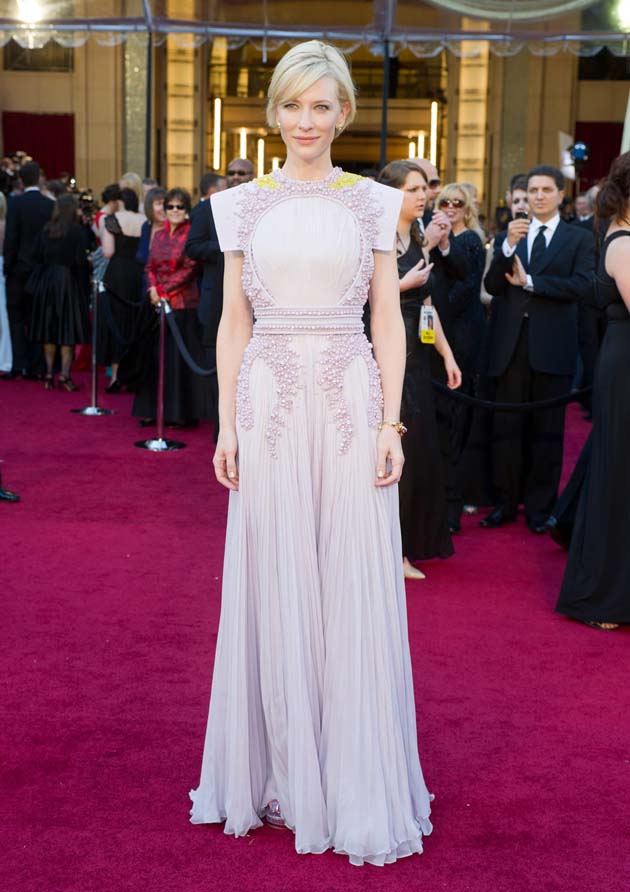 Cate Blanchett: Best Actress Oscar nominee for Elizabeth: The Golden Age and Best Supporting Actress nominee for I’m Not There 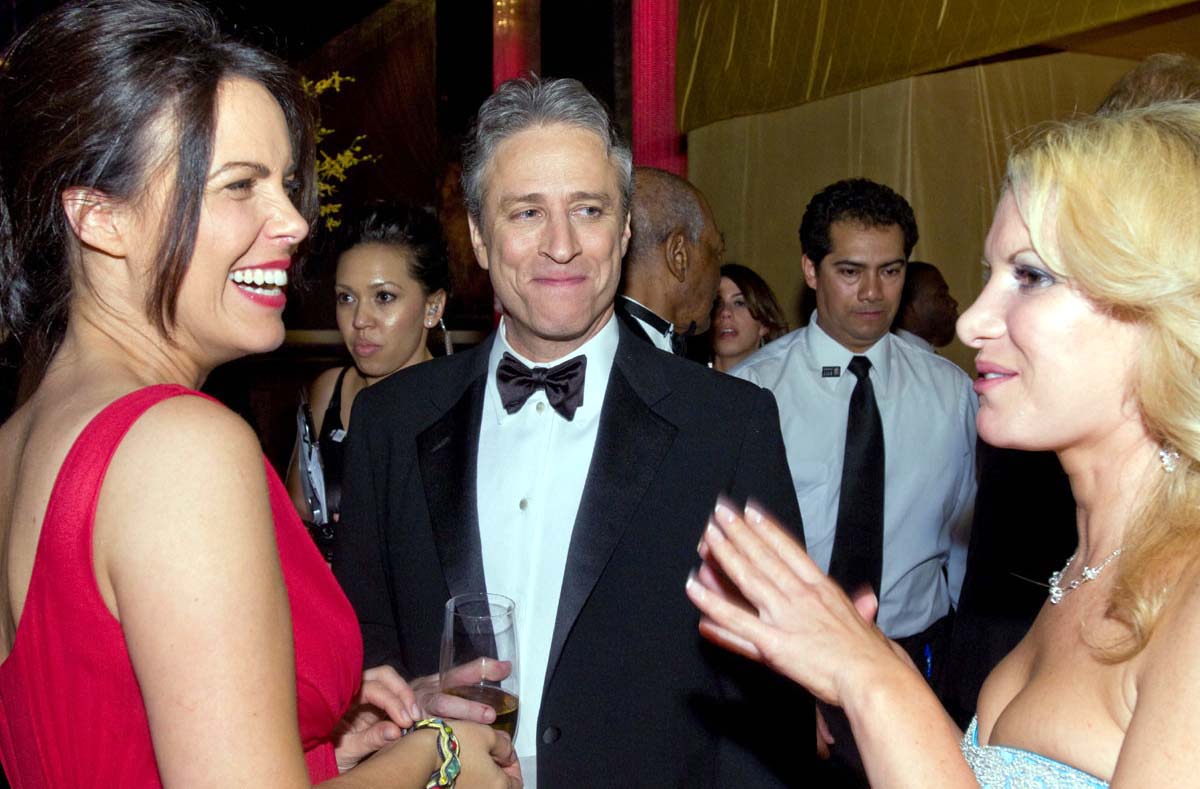 Jon Stewart at the Oscars: Telling and listening to jokes 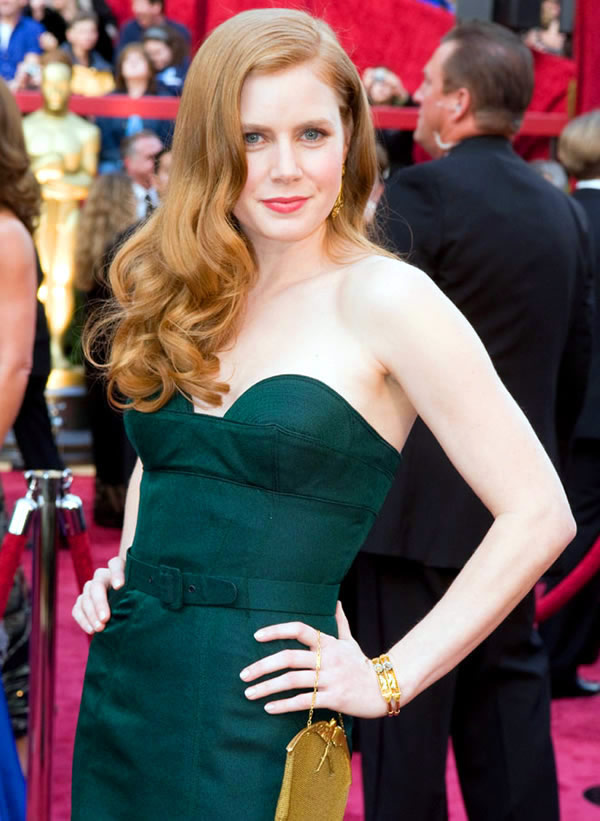 In the above picture, Enchanted‘s Amy Adams – donning a Veronica Lake / Rita Hayworth-style hairdo – brings a bit of old-style Hollywood glamour to the 2008 Academy Awards’ red carpet. Two years prior to that, Adams was a Best Supporting Actress Oscar nominee for Junebug (2005). She lost to Rachel Weisz in Fernando Meirelles’ The Constant Gardener.

In Enchanted, Amy Adams plays the fairy-tale princess Giselle, who falls in love with – and ends up rescuing – Manhattanite Patrick Dempsey. Additionally, Adams was Bonnie Bach in Mike Nichols’ Charlie Wilson’s War, featuring Tom Hanks, Julia Roberts, and Philip Seymour Hoffman; played a supporting role in Talladega Nights: The Ballad of Ricky Bobby, starring Will Ferrell; and had another supporting role as Brenda Strong in Steven Spielberg’s Catch Me If You Can, starring Leonardo DiCaprio.

More recently, Amy Adams joined forces with Meryl Streep once again in Nora Ephron’s Julie & Julia; was Mark Wahlberg’s leading lady in David O. Russell’s The Fighter, for which she received her third Oscar nomination in the supporting category; and is part of Walter Salles’ On the Road ensemble, which includes Kristen Stewart, Garrett Hedlund, Sam Riley, and Viggo Mortensen.

Besides On the Road, which should open in the United States later this year, upcoming Amy Adams movies include an untitled Spike Jonze project featuring Rooney Mara and Olivia Wilde; Andrew Levitas’ Lullaby, with Garrett Hedlund; Paul Thomas Anderson’s The Master, a disguised biopic of Scientologist founder L. Ron Hubbard, co-starring Joaquin Phoenix and Philip Seymour Hoffman; and Robert Lorenz’s family drama Trouble with the Curve, with Clint Eastwood and Justin Timberlake. And finally, Zack Snyder’s Man of Steel, the latest Superman reboot, with Henry Cavill in the title role. 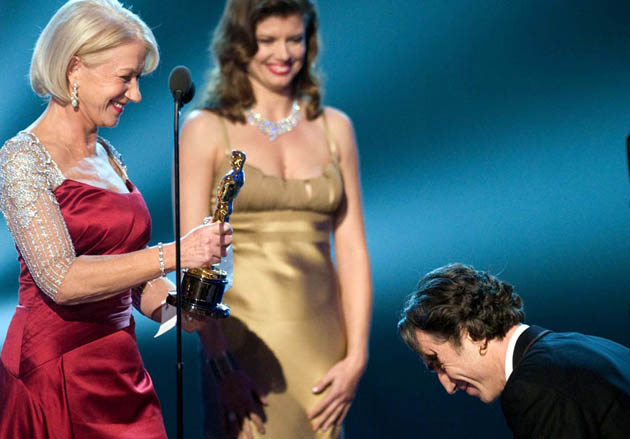 In the image above, Daniel Day-Lewis bows to Queen Helen Mirren at the 2008 Academy Awards ceremony held on Feb. 24 at the Kodak Theatre in Hollywood. Day-Lewis won his second Best Actor Oscar for his work in Paul Thomas Anderson’s There Will Be Blood – nearly two decades after his first win, for Jim Sheridan’s My Left Foot at the 1990 ceremony.

Additionally, Day-Lewis has been nominated for Jim Sheridan’s In the Name of the Father (1993) and Martin Scorsese’s Gangs of New York (2002).

Pre-My Left Foot efforts include Stephen Frears’ My Beautiful Laundrette (1985) and James Ivory’s A Room with a View (1986).

Though mostly a stage and television performer, in recent years Helen Mirren has become a much more visible film actress.

Besides The Queen, The Madness of King George, and Gosford Park, “Helen Mirren movies,” whether featuring Mirren in leads or top supporting roles, include Some Mother’s Son (1996), The Pledge (2001), Calendar Girls (2003), The Clearing (2004), and National Treasure: Book of Secrets (2007).

Curiously, Daniel Day-Lewis and Helen Mirren have never made a movie together.

See below more images from the 2008 Oscar ceremony. 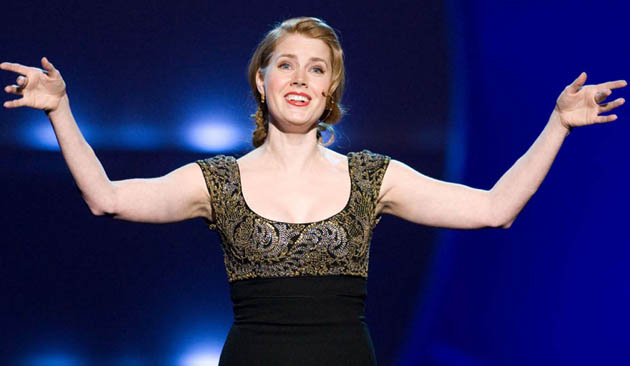 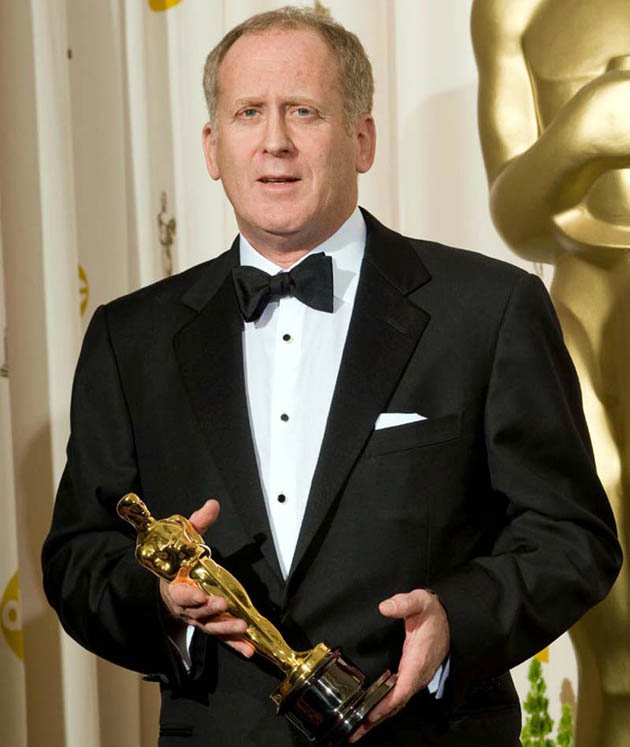 Robert Elswit: Best Cinematography Oscar winner for ‘There Will Be Blood.’ 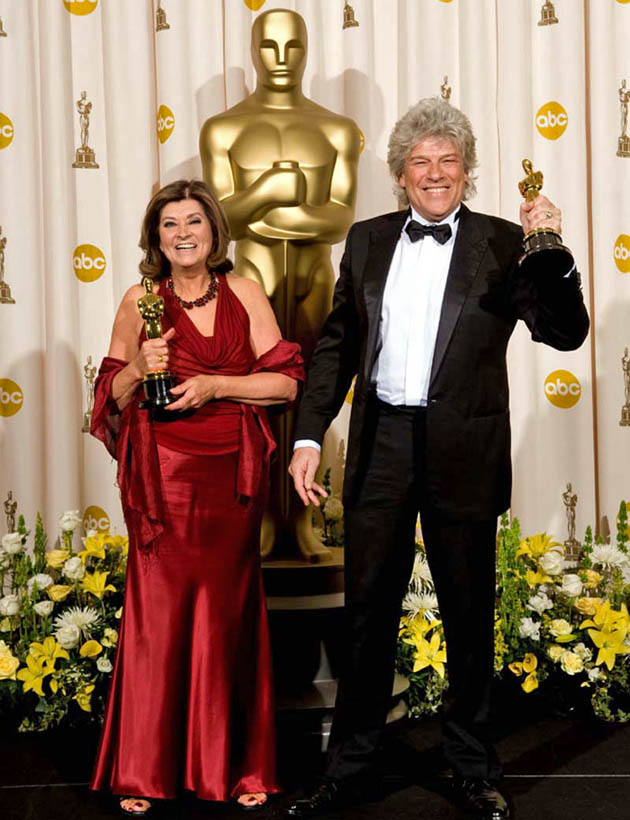 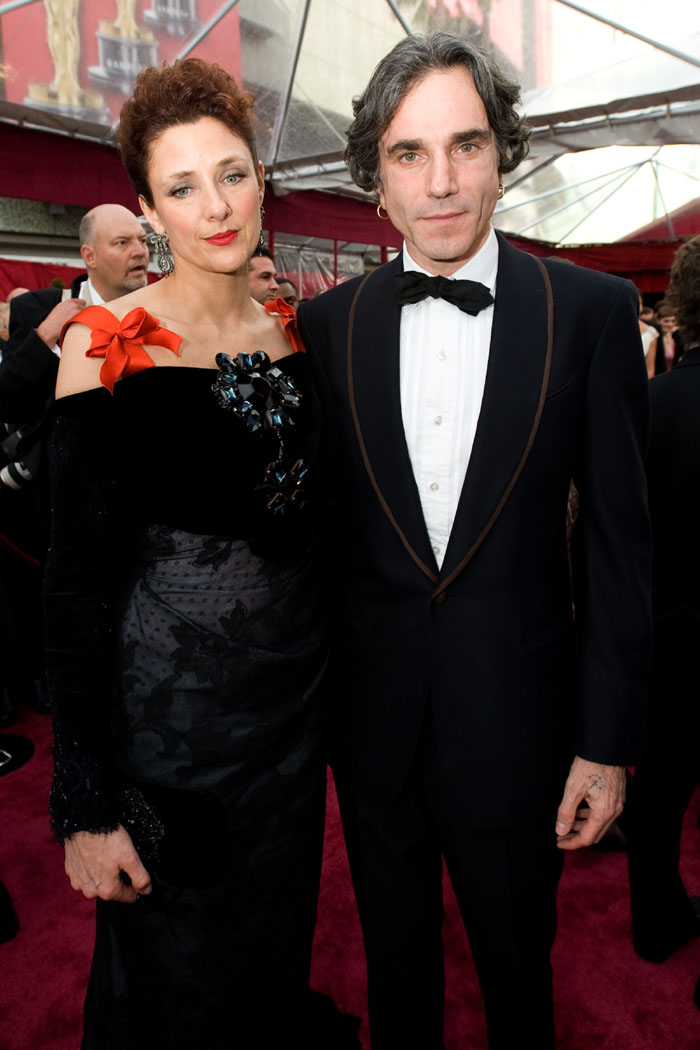 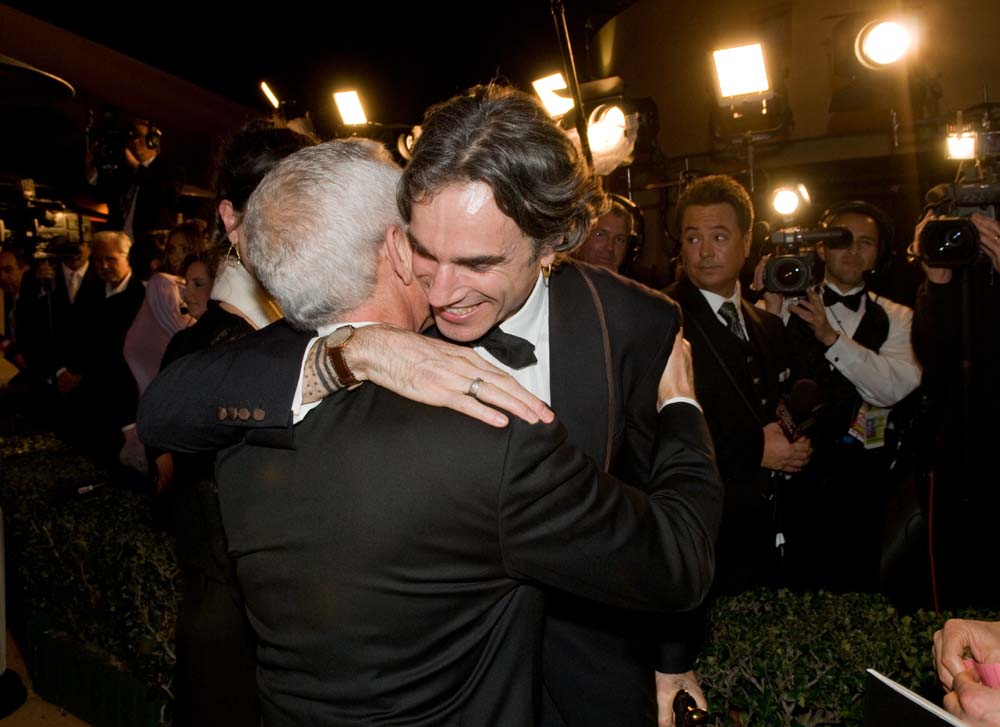 Daniel Day-Lewis at the Governors Ball

The Oscar 2008 ceremony was directed by Louis J. Ovitz and Joseph Takats. 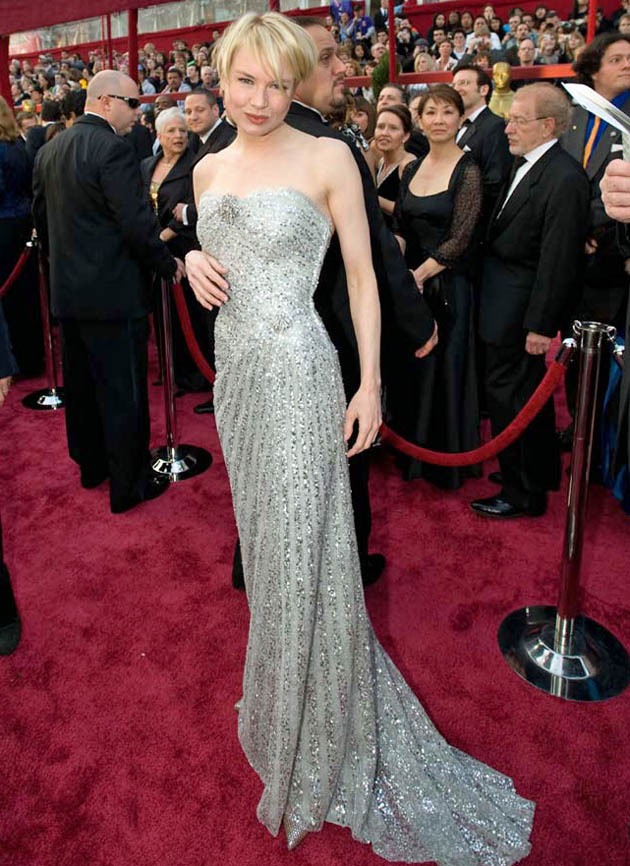 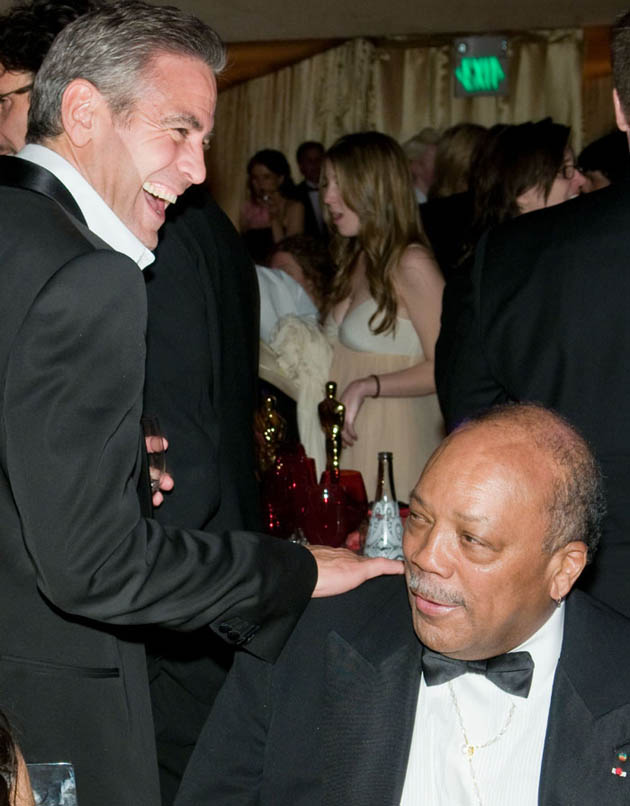 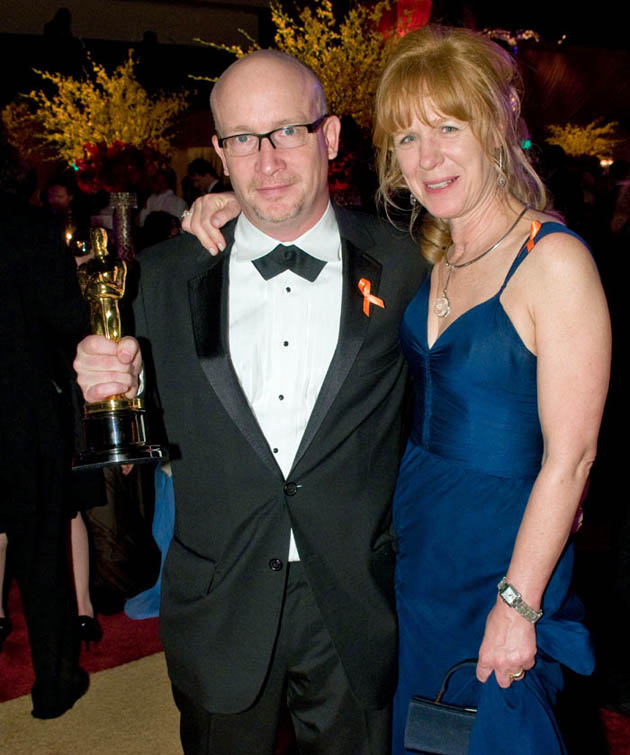 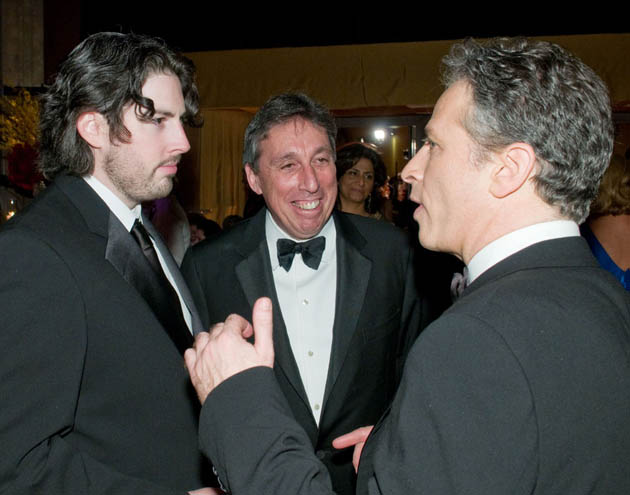 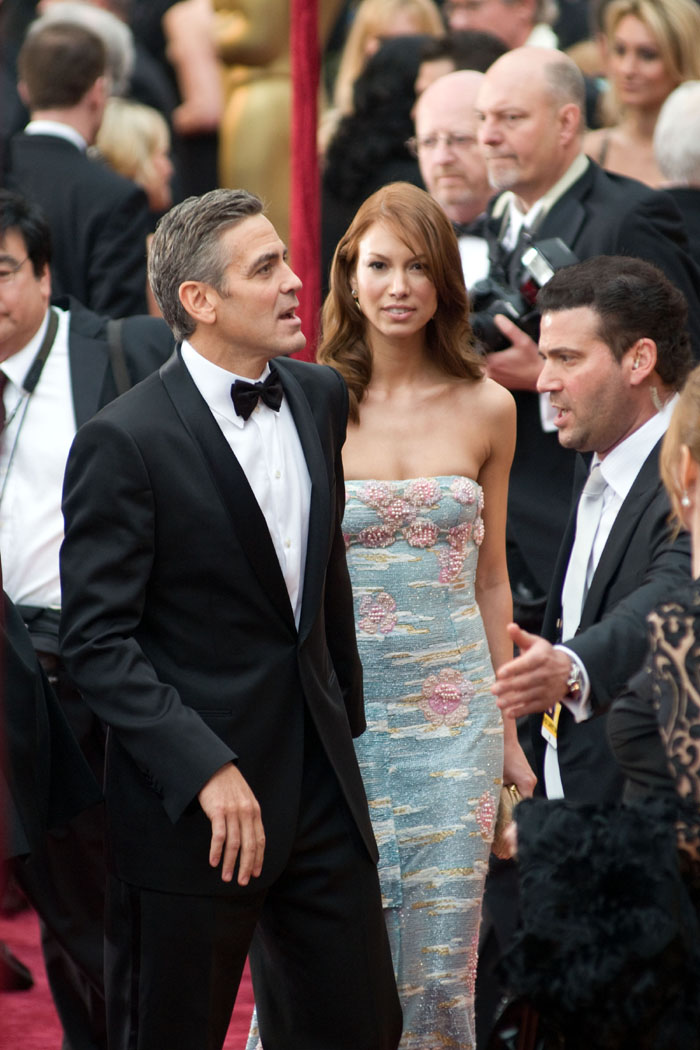 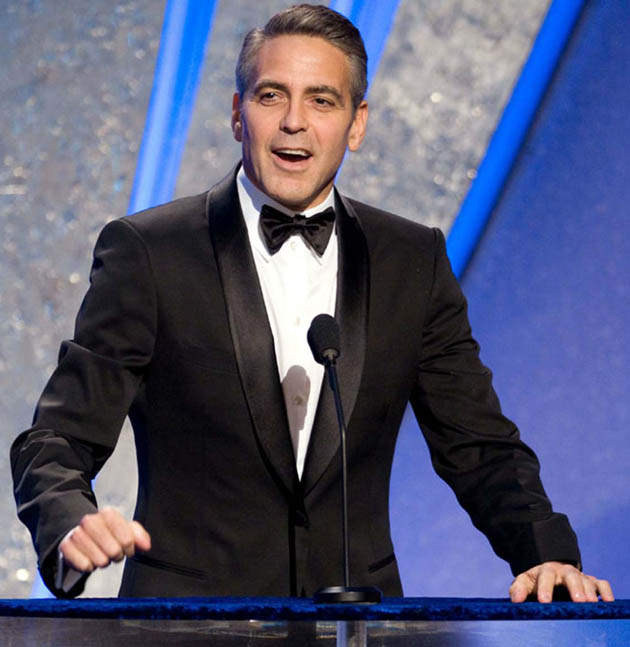 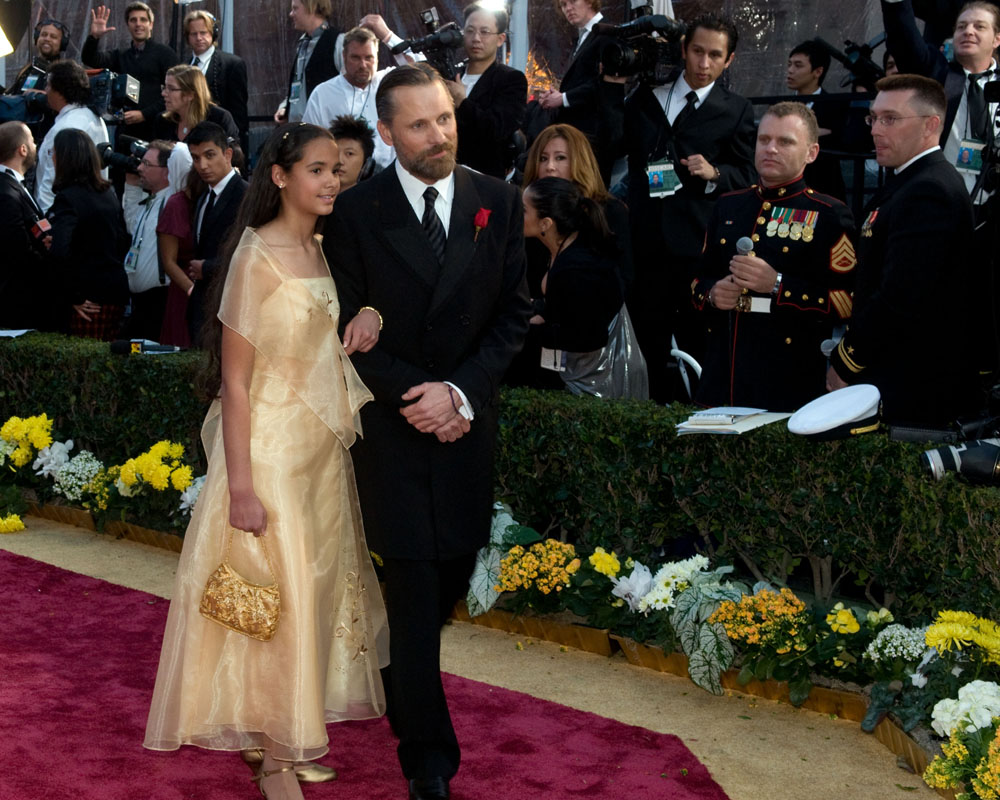 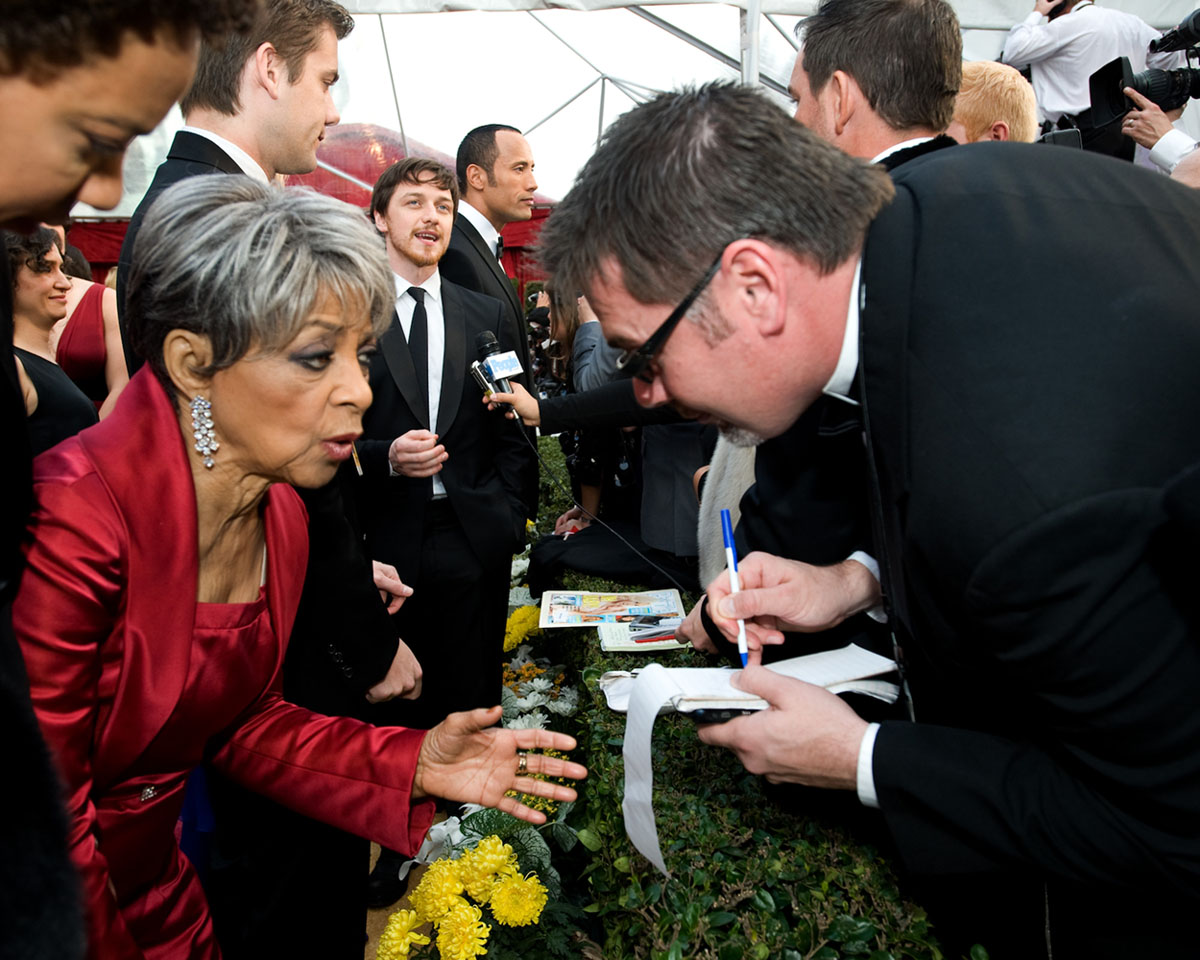 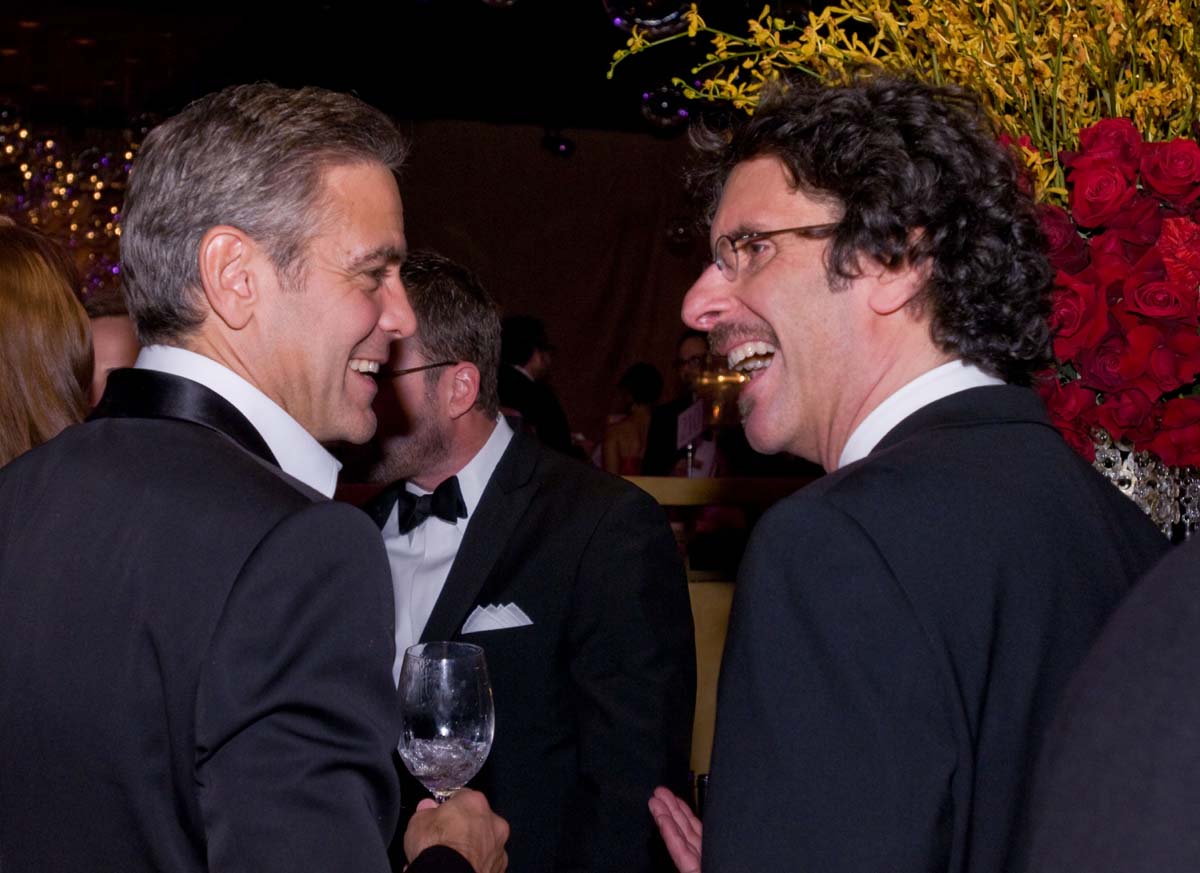 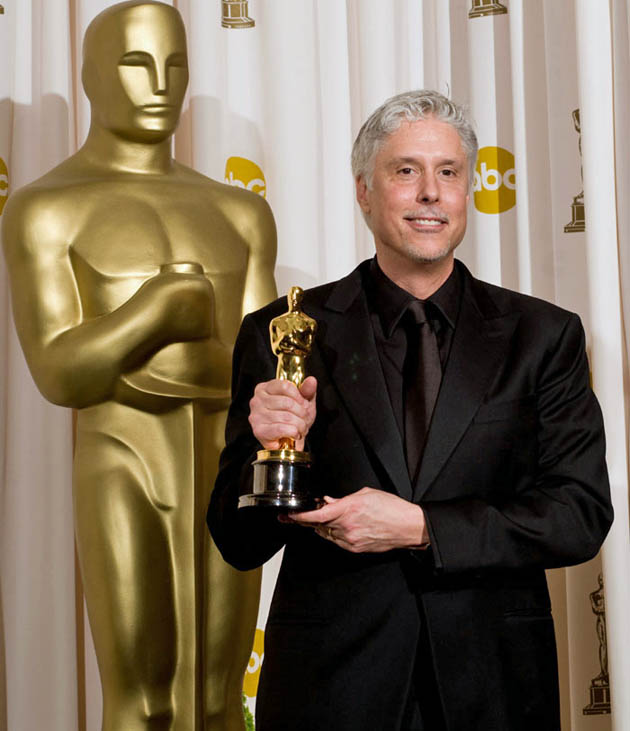 Christopher Rouse – not to be confused with the American composer of the same name – is a film and television editor whose credits include Michael Cimino’s Desperate Hours (1990), several chapters of David Frankel’s TV miniseries From the Earth to the Moon (1998), and Paul Greengrass’ United 93 (2006), which earned Rouse an Academy Award nod last year.

His father was screenwriter/director/producer Russell Rouse, whose credits include the racially conscious drama The Well (1951) and the remarkable offbeat Western The Fastest Gun Alive (1956), starring Glenn Ford, Jeanne Crain, and Broderick Crawford. 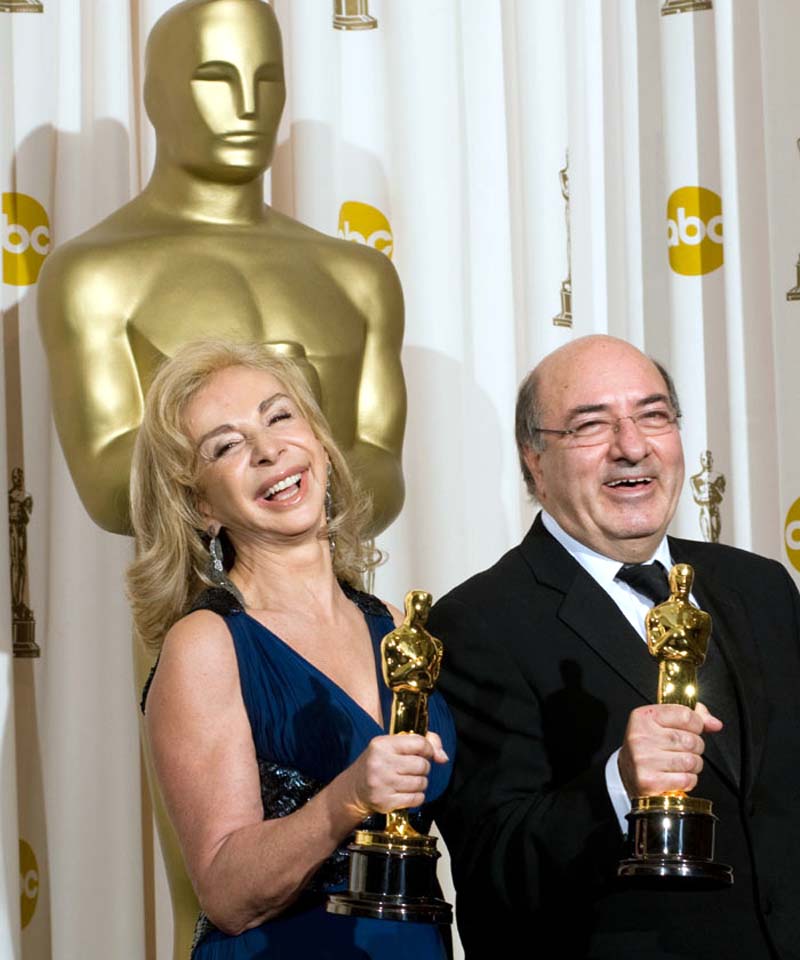 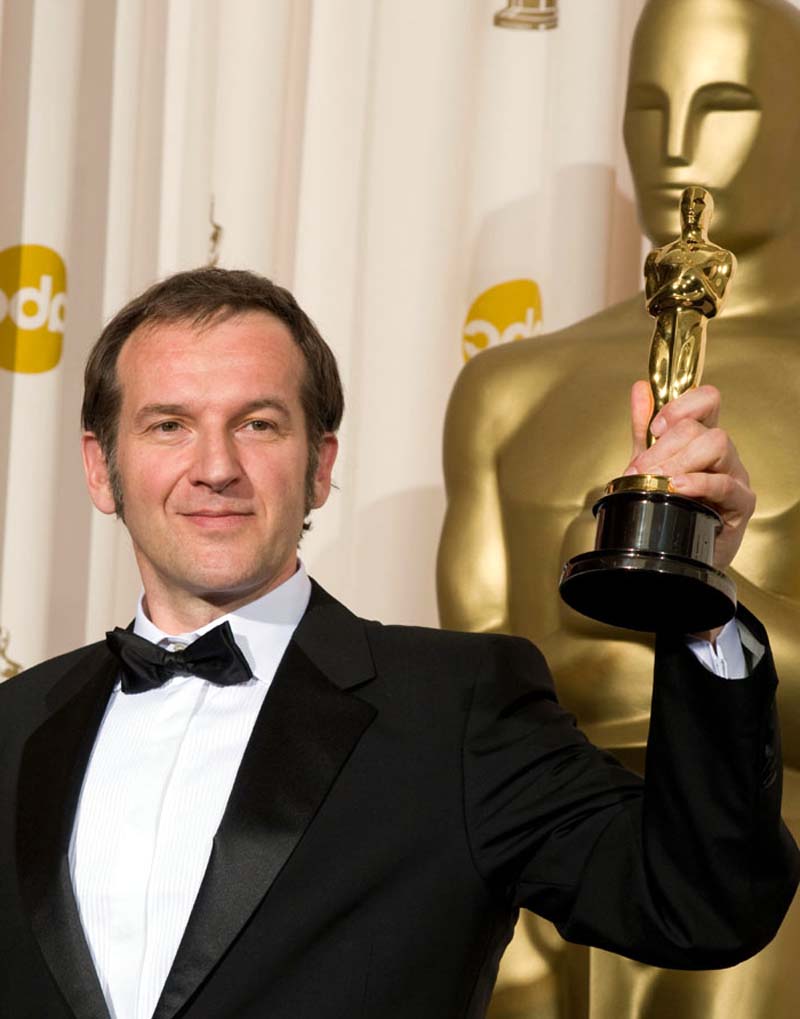 ‘Indiana Jones and the Kingdom of the Crystal Skull’: Steven...

‘On the Road’ Characters: Any Similarities Not a Mere Coincidence