José Saramago*, winner of the 1998 Nobel Prize for Literature, died at age 87 at his home on the Canary Island of Lanzarote.

Saramago was the first – and to date the sole – Portuguese-language writer to win the Nobel. His books, usually a mix of historical events and fantasy, revolved around characters struggling against authority.

Born on Nov. 16, 1922, into a family of poor peasants in Azinhaga, a small town north of Lisbon, Saramago worked as a car mechanic and journalist before he began writing fiction in the late 1940s. His best-known novel is probably the controversial The Gospel According to Jesus Christ (1992), which focuses on Jesus’ early life. (Saramago was a self-proclaimed atheist; he also happened to be a member of Portugal’s Communist Party.)

Saramago’s books A Jangada de Pedra (“The Stone Raft,” 1986) and Ensasio sobre a Cegueira (“Essay About Blindness,” 1995), and the short story “Embargo” have been adapted for the screen. 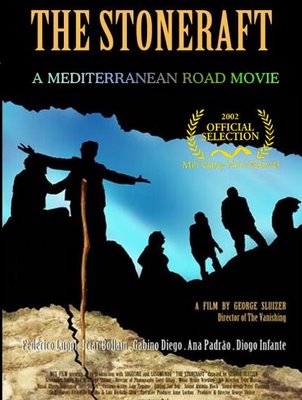 George Sluizer directed and co-adapted (with Yvette Biro) the curious Dutch-Spanish-Portuguese co-production La Balsa de piedra / The Stone Raft (2002), which depicts the consequences of the geographic separation of the Iberian Peninsula from the rest of Europe.

Diogo Infante, Gabino Diego, Federico Luppi, and a dog are some of those who try to come to grips with what’s happened while Spain and Portugal sail toward the Azores. (The Stone Raft was written at the time Portugal and Spain became members of the European Union.)

Fernando Meirelles followed The Constant Gardener with the unenthusiastically received Blindness (2008), starring Julianne Moore as the only person whose vision remains unimpaired after a mysterious blinding illness strikes a small town, leading to social collapse. Don McKellar penned the adaptation.

António Ferreira’s Embargo focuses on a hotdog-stand worker (Filipe Costa), whose newly invented machine – a foot scanner – promises to revolutionize the shoe industry. The problem is: there’s a gas embargo going on; compounding matters, the foot-scanner inventor finds himself mysteriously stuck in his car.

Embargo was screened at the Fantasporto film festival (in the Portuguese city of Porto) and is expected to open in Portugal in September.

On Saturday, Saramago’s body will be flown to Lisbon, where it’ll lie in wake for several hours. It’ll be cremated on Sunday afternoon.