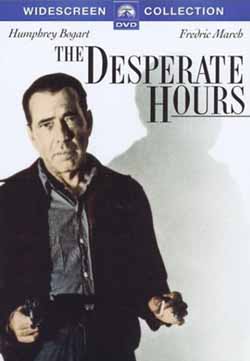 Novelist and playwright Joseph Hayes, best known for his stage and film adaptations of his 1954 suspense novel The Desperate Hours, died this past Sept. 11 at a nursing home in St. Augustine, Fla. Hayes, who had been suffering from Alzheimer’s disease, was 88.

The Indianapolis-born Hayes briefly considered becoming a priest, though after graduating from Indiana University he started writing for television and radio in New York. His career veered toward the stage when his 1949 play, Leaf and Bough, with a young Charlton Heston in the cast, made it to Broadway (though only for three performances).

Hayes finally hit it big on Broadway with his adaptation of The Desperate Hours, the story of a suburban Indianapolis family taken hostage by three escaped convicts. The play, co-produced by Hayes and Howard Erskine, staged by former film star Robert Montgomery, and starring Paul Newman, Karl Malden, and Nancy Coleman, opened at the Ethel Barrymore Theatre in February 1955. The suspense thriller, which ran for more than 200 performances, won a Tony for Best Play and Best Director.

In 1961, Hayes adapted Arthur Hailey’s medical drama The Young Doctors for the big screen, and the following year had his 1957 novel Bon Voyage!, which he co-wrote with his wife Marijane, turned into a Disney flick starring Fred MacMurray and Jane Wyman as a bourgeois Indiana couple visiting France.

Two other Hayes novels, Yours After Midnight and The Third Day, were adapted for the screen. The former became Neunzig Minuten nach Mitternacht / Terror After Midnight, a 1962 German production directed by Jürgen Goslar, and starring Christine Kaufmann, while the latter was turned into a mid-level 1965 suspense thriller directed by Jack Smight, and starring George Peppard and Elizabeth Ashley.