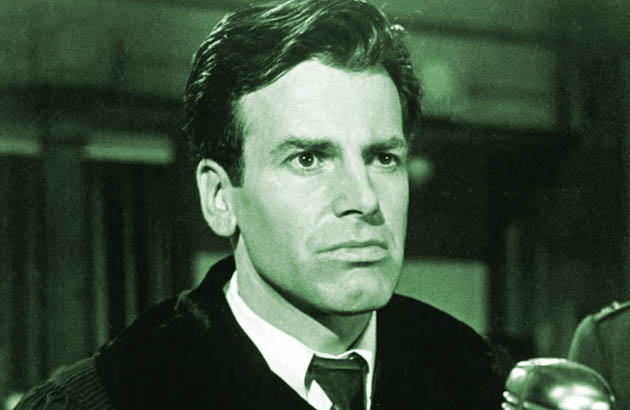 Two landmark dramas of the 1960s: ‘Judgment at Nuremberg & ‘Who’s Afraid of Virginia Woolf?’ at the Packard Theater

The key ethical question permeating Judgment at Nuremberg is: Whether in Nazi Germany or at your local courthouse/law enforcement agency, can “Just obeying orders” be used to justify the perpetration of cruel, heinous acts?

Centering on two dysfunctional heterosexual couples getting together for a night of fun, games, and disturbing personal revelations, Mike Nichols’ Who’s Afraid of Virginia Woolf? stars Elizabeth Taylor and Richard Burton as the older couple and the evening’s hosts, and George Segal and Sandy Dennis as the younger visiting couple.

All four actors were nominated for Academy Awards. Elizabeth Taylor, delivering what is surely the most multilayered performance of her career, was the year’s Best Actress. For her flawless characterization, Sandy Dennis was awarded the Best Supporting Actress Oscar.

Based on Edward Albee’s Tony-winning play, Who’s Afraid of Virginia Woolf? was adapted by Ernest Lehmann (The King and I, North by Northwest). Not surprisingly, this raw and provocative psychological drama lost the Best Picture, Best Director, and Best Adapted Screenplay Oscars to Academy-friendlier fare: Fred Zinnemann’s sedate, good-looking, serious-minded A Man for All Seasons, adapted by Robert Bolt from his own play.

Toplining Colleen Moore, one of the biggest film stars of the 1920s, Alfred E. Green’s Ella Cinders follows a small-town beauty contest winner on her way to Hollywood. The movie itself isn’t the greatest, but Moore is fun to watch. Lloyd Hughes is her handsome leading man.

Michael Moore’s Roger & Me caused quite a stir after it failed to be nominated for the Best Documentary Feature Academy Award. In the film, Moore persistently attempts to talk to General Motors CEO Roger Smith following the closing of several auto plants in the director’s hometown, Flint, Michigan.

Considered the epitome of cool in some quarters, Quentin Tarantino’s highly influential, Los Angeles-set Pulp Fiction (1994) features an unnecessarily non-linear narrative; stilted dialogue about French fries, mayo, and other equally profound topics; some kinky same-sex rape (tinged with some rabid anti-gay bigotry); and, worst of all, a deliberate, sadistic exhibition of firearm violence.

Joan Fontaine, who died last weekend, will be remembered with a screening of Alfred Hitchcock’s Suspicion (1941). In the suspense drama, Fontaine plays the innocent-looking but not-all-that-innocent wife of a suave, handsome man (Cary Grant) who may well be a cold-blooded killer.

Suspicion earned Fontaine, 24 at the time, that year’s Best Actress Academy Award. She thus not only beat her older sister Olivia de Havilland – in the running for Mitchell Leisen’s Hold Back the Dawn – but she also became the only performer to win an Oscar for a Hitchcock film.

There were two other Best Actress nominations in Fontaine’s career: for Hitchcock’s Rebecca (1940), in which she has a similar role to the one she played in Suspicion (the potential husband/murderer in Rebecca is Laurence Olivier), and Edmund Goulding’s The Constant Nymph (1943), screened at the Packard Theater a few years ago.

Russia’s 2014 Winter Olympics have been mired in controversy – among the few who give a damn – following that country’s recently enacted anti-gay laws. But controversy or no, the Packard Theater will be showing two Winter Olympics-related movies:

Also in January, the Packard Theater will present two made-for-TV Civil Rights documentaries in honor of Martin Luther King Jr. Day: CBS Reports’ “Who Speaks for Birmingham?” and ABC Close-Up‘s “Walk in My Shoes,” both first aired in 1961.

See below the full list of Packard Campus January 2014 screenings.

Screenings are free at the Packard Theater. There is a $6 admission charge for the “Library of Congress Presents” film programs at the State Theater. For more information, click here.