Starring Judy Garland and directed by Victor Fleming, the 1939 Best Picture nominee The Wizard of Oz will be screened, digitally from a new 4K restoration, as the final feature in the Academy of Motion Picture Arts and Sciences’ series “Hollywood’s Greatest Year: The Best Picture Nominees of 1939” on Monday, Aug. 3, at 7:30 p.m. at the Academy’s Samuel Goldwyn Theater in Beverly Hills.

Jerry Maren, who portrayed one of the Lollipop Guild members in Munchkinland, will be present for a short Q&A before the film.

The evening will begin at 6:45 p.m., and will include videotaped interviews with Margaret Hamilton and Ray Bolger from a 1983 Academy event; the 12th chapter of the 1939 serial Buck Rogers, starring Buster Crabbe and Constance Moore; and the 1939 winner for Cartoon Short Subject, Walt Disney’s (beautiful) The Ugly Duckling. 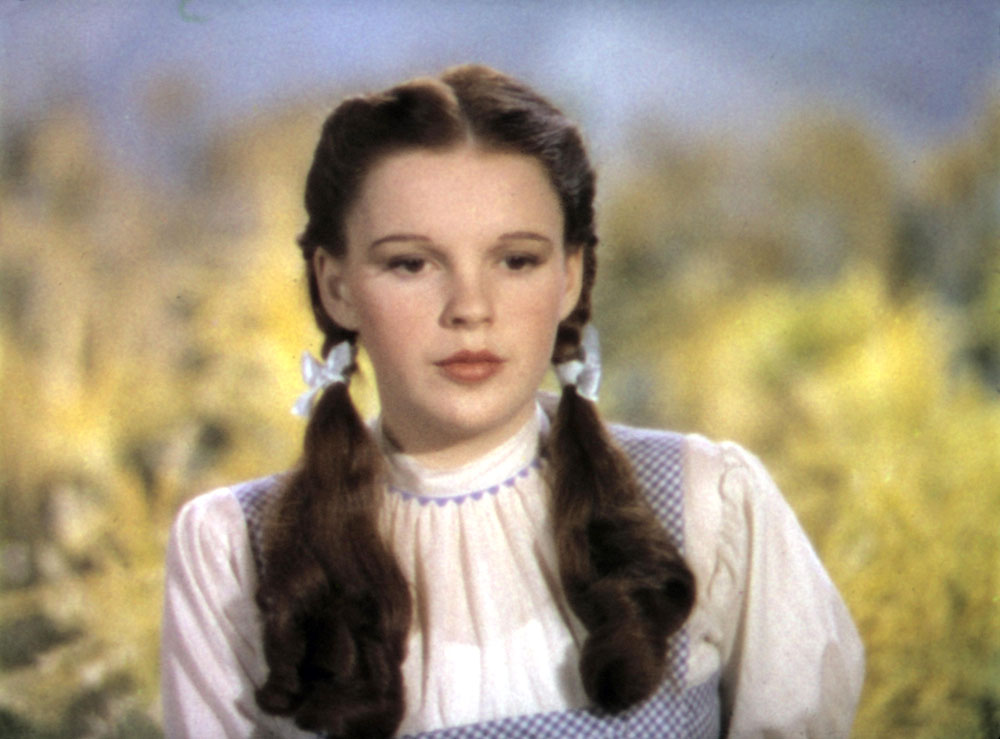 One of best-known movies

One of the best-known movies ever made, The Wizard of Oz has become a cinematic cultural icon. I can’t say I’m a fan of the film – it looks great, but most of the musical numbers bore me somewhat – and I’ve never read much about its history. That said, to this day I’ve been intrigued as to why some gay men find Dorothy and the Yellow Brick Road so entrancing. Personally, my favorite thing about The Wizard of Oz is Margaret Hamilton. And I believe that Toto deserved an Oscar nod for best supporting dog.

But overall, I actually prefer the similarly themed The Blue Bird, made at Fox in 1940, and starring Shirley Temple (MGM’s original choice to play Dorothy). Perhaps it’s because villainess Gale Sondergaard has lots of screen time in that less famous and less well-regarded fantasy. Another plus: I don’t remember much singing in that one.

Now, I find it interesting that Victor Fleming was credited for the direction of two of the most famous motion pictures ever made, both in the same year – his other 1939 effort was Oscar winner Gone with the Wind. Fleming himself, however, has been all but ignored by film fans and film critics alike. I’m assuming that’s because Gone with the Wind is perceived as a producer’s picture (as a result, credit for the film’s success generally goes to David O. Selznick), while King Vidor was the man behind the camera while Judy Garland sang “Over the Rainbow,” Oz‘s most revered sequence. 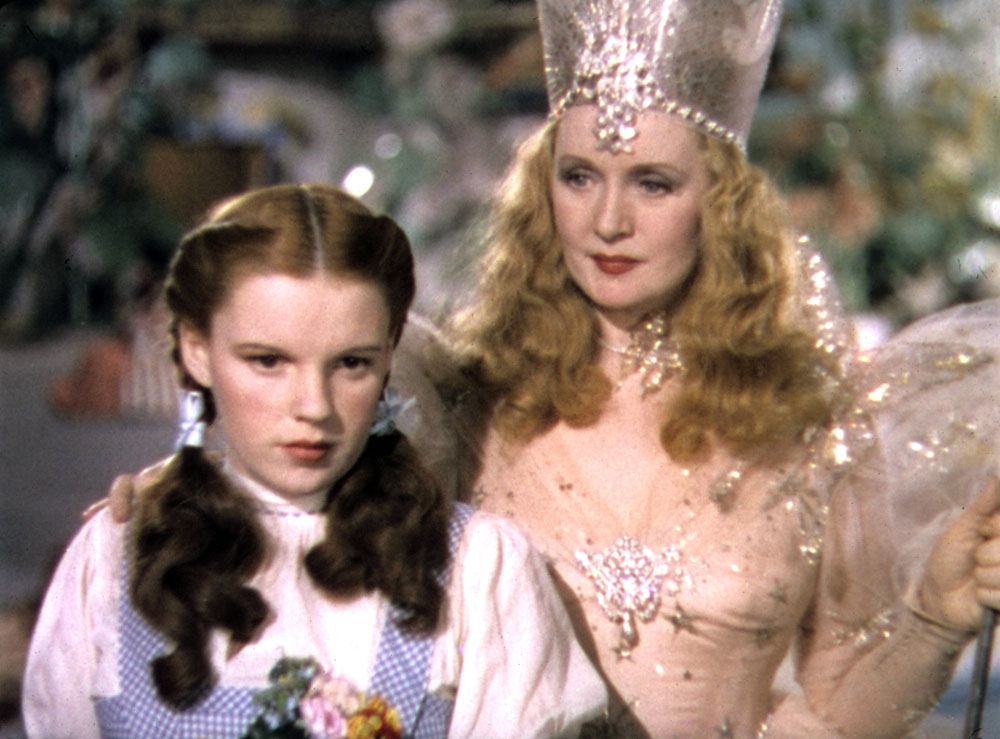 Note: The Wizard of Oz is sold out, but a standby line will form on the day of the event and standby numbers will be assigned at approximately 5:30 p.m. Any available tickets will be distributed shortly before the program begins (approx. 7:15 p.m.). Ticket holders should plan to arrive at least 15 minutes before the start of the event to ensure a seat in the theater.

I was only seven years old and Lillian Roth took me to the movies and, that’s when I first saw The Wizard of Oz in 1940 ( before the Second World War) and Hitler wasn’t in full power at the time and the Japanees didn’t yet bomb Pearl Haubor which led us into the war Dec 7, 1941

That was the first colored film that I ever saw and, I’ll never forget it. This film is GREAT.

Professor Marvel: Hello there! Anybody home? Well, I just dropped by because I heard the little girl got caught in the big. Well, she seems alright now.

Uncle Henry: Yes, she got quite a bump on the head. We kinda thought there for a minute she was gonna leave us.

Dorothy: But I did leave you, Uncle Henry, that’s just the trouble. And I tried to get back for days and days.

Auntie Em: There there. Lie quiet now. You just had a bad dream.

Hickory: And me, Hickory?

Zeke: You couldn’t forget my face, could ya?

Auntie Em: Well, we dream lots of silly things when we.

Dorothy: No, Auntie Em, this was a real truly live place. I remember that some of it wasn’t very nice but most of it was beautiful. And just the same is all I kept saying to everybody was, “I wanna go home.” and they sent me home! Doesn’t anybody believe me?

Uncle Henry: Of course we believe you, Dorothy.

Dorothy: Oh, but anyway, Toto, we’re home. Home. And this my room and you’re all here. And I’m not gonna leave here ever ever again because I love you all. And oh, Auntie Em, there’s no place like home. [hugs]

The Wizard of Oz end credits begin to appear on the screen.