Golden Globe nominations Up in the Air

Topping the crowded and highly eclectic Golden Globe field with six nominations, Jason Reitman’s Up in the Air was shortlisted as a drama, not a comedy (or musical). James Cameron’s blockbuster-in-the-making Avatar also made the cut in that category, which basically meant that Peter Jackson’s The Lovely Bones and Clint Eastwood’s Invictus went out the window.

And so did our predictions for the Golden Globes’ Best Picture – Drama category. Indeed, the only two movies we got right were Kathryn Bigelow’s Iraq War drama The Hurt Locker and Lee Daniels’ dysfunctional family drama Precious.

It’s an outrage. Really, how could the Hollywood Foreign Press Association voters pick something dark and violent like Quentin Tarantino’s Inglourious Basterds instead of something sunny and genteel like (our prediction) Michael Hoffman’s The Last Station, which has Helen Mirren, Christopher Plummer, and Leo Tolstoy?

Besides, the Golden Globes often have dramas in the more sparsely populated comedy or musical category, but this year they just had to go the other way.

Not that Up in the Air is an out-and-out comedy – and there’s certainly nothing funny about the current unemployment figures in the U.S. – but we felt that the HFPA would classify Reitman’s film as such so as to leave more room in their Best Picture – Drama category for the likes of The Last Station, The Lovely Bones, and the uplifting “We Are the World, We Are the People” Invictus.

Now, at this stage, things don’t look at all lovely for The Lovely Bones, which has received several negative (or quasi-negative) reviews, while being basically ignored by U.S.-based voting groups. At the Golden Globes, this supernatural drama about a murdered girl in heaven and her murderer on Earth received only one nod: Best Supporting Actor for Stanley Tucci’s psycho child-hater.

And here are other possibilities in the Best Picture – Drama category that were left off of the HFPA roster, thus somewhat diminishing their awards season publicity and, potentially, Oscar chances:

The last three, in fact, were left completely Golden Globe nominationless. An Education, for its part, managed to get one nod for star Carey Mulligan, while Brothers earned nods for Tobey Maguire and for the U2 song “Winter.” And that means … Bono at the party?

Update: Check out the full list of the 2009 Golden Globes’ winners & nominees.

Update: Golden Globe winners Julia Roberts, Jennifer Aniston, and Mickey Rourke have been set as presenters at the 2010 Golden Globes ceremony, to be held on Sunday, Jan. 17.

Hosted by Ricky Gervais, in the U.S. the show will be broadcast live coast to coast on NBC (5–8 p.m. PT/8–11 p.m. ET) from the Beverly Hilton Hotel in Beverly Hills.

Aniston, Roberts, and Rourke join the previously announced Robert De Niro and Leonardo DiCaprio, who will present the Cecil B. DeMille Award to their, respectively, Taxi Driver and The Aviator director, Martin Scorsese.

This year, Julia Roberts is a surprise nominee in the Best Actress – Comedy or Musical category for the box office disappointment Duplicity. Directed by Tony Gilroy and featuring Roberts’ Closer co-star Clive Owen, Duplicity follows a pair of corporate spies attempting to con their own bosses.

Back in 2003, Jennifer Aniston won a Golden Globe for Best Performance by an Actress in a Television Series – Comedy or Musical for her work in the hit series Friends.

Mickey Rourke isn’t up for any Golden Globes this year, but he did win in the Best Actor – Drama category last year for Darren Aronofsky’s The Wrestler. The Best Actor Oscar, however, went to Sean Penn for Gus Van Sant’s Milk. 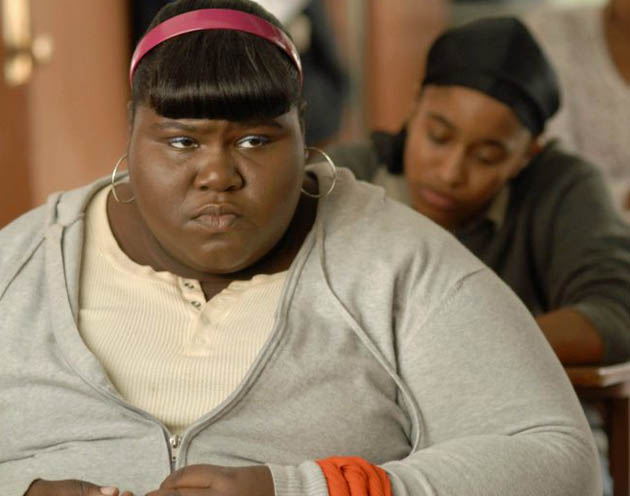 Gabourey Sidibe in Precious: The African-American Film Critics Association’s actual Best Actress winner? Nicole Beharie was the announced Best Actress for her performance in Tim Disney’s little-seen and, this awards season, wholly ignored American Violet. But there have been questions about the veracity of the announcement, as Gabourey Sidibe seems to have been the one with the most votes for her widely acclaimed work in Lee Daniels’ family drama that will likely earn her a Best Actress Oscar nomination.

In other awards season news, according to The Hollywood Reporter‘s Roger Friedman, Precious’ Gabourey Sidibe may have been cheated out of a Best Actress award.

Their Best Actress, however, was Nicole Beharie for American Violet, a little-seen socially conscious drama directed by Tim Disney (great-nephew of Walt Disney) and written by Bill Haney, who also produced it. Some within the AAFCA now assert that Sidibe was the actual winner.

“According to the final ballot, which this reporter has seen,” writes Friedman, “Sidibe received eight first-place votes from the 16 critics who participated. Beharie got four first-place finishes, and the rest went to Anika Noni Rose (two votes) and one each for Helen Mirren and Zooey Deschanel. Among second-place finishers, Sidibe got five votes; Beharie got one.”

AAFCA co-founder Gil Robertson IV has been accused of manipulating the final tally “to please the producers of American Violet.” Robertson has defended himself by claiming that Friedman had seen an incomplete tally, as the AAFCA has a total of 22 members. Yet not every member sees things Robertson’s way.

“As you know your recent actions have been called into question because of a series of choices you made without the approval of the founding members of the group, including myself,” AAFCA President Wilson Morales wrote in an email to Robertson.

“Our collective view is that an organization that gives out awards should be ethical and not subjected to bias based on donations from outside sources,” Morales added.