Julie Christie today: Critical praise for ‘Away from Her’ 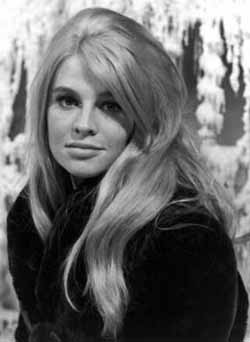 Julie Christie today in Away from Her. Via The [London] Guardian – Tim Adams’ “The divine Miss Julie” in The [London] Observer:

“The great frustration of Julie Christie’s life is that her face has often got in the way of things she knows to be more important. Today is no exception. She is in Belfast, where her new film [Away from Her] is being shown at the city’s film festival, and typically embarrassed that a picture of her has pushed Gerry Adams and Ian Paisley’s historic meeting off the front pages of the morning paper. No Oscar-winning film star has ever been more sceptical about limelight. Warren Beatty, who met her in 1965, and with whom she formed Hollywood’s most glamorous couple for seven on and off years described her as ‘the most beautiful and at the same time the most nervous person I had ever known’. Four decades later, indelible traces of both attributes persist.

“It is the combination of those qualities, and her effort to overcome each of them, that also make Christie the most mesmerising of screen presences. Her new film, Away from Her, beautifully directed by her 27-year-old friend, the actress Sarah Polley, tells the story of a woman observing her life disappear, as Alzheimer’s removes her past. It seems a perfect vehicle, among other things, for Christie’s ambivalence toward her own magnetism. She has always wanted to be there and not there.”

Based on Alice Munro’s short story “The Bear Came Over the Mountain,” Away from Her tells the story of a man whose Alzheimer’s disease-stricken wife has transferred her affections to a wheel chair-bound patient at her nursing home.

The Canadian-made drama will open in the United Kingdom on April 27. It’ll open at select U.S. theaters on May 4. Written and directed by Sarah Polley, the film co-stars Michael Murphy, Gordon Pinsent, and Olympia Dukakis.

At the end of Adams’ article, film reviewer Philip French picks his 5 favorite Julie Christie films. They are:

Most critics don’t seem to care for Darling – also directed by John Schlesinger; I remember finding it one of the best movies of the 1960s. (See AltFG’s best of the best of 1965.)

Most critics do care for McCabe & Mrs. Miller; I find it dreary.

The atmospheric Don’t Look Now and the period drama The Go-Between, however, are a must. And Julie Christie is one of the best things about Billy Liar.

Alan Riding in “A Role About Winter for Julie Christie, a Star in Eternal Spring” in the New York Times:

“For moviegoers who fell for Julie Christie in the 1960s (and they were legion), she will always be the tousle-haired blonde with the dazzling smile who lit up the screen in Darling, Doctor Zhivago and Far From the Madding Crowd.

“Today they need not feel disappointed. In her new movie, Away From Her, which opens on May 4, she is still a tousle-haired blonde with a dazzling smile. But yes, like her fans, she too has changed. At 66, she is no longer attracted by fame. She is not even much interested in the Julie Christie of legend.

‘I have no connection with that person at all,’ she said over lunch in a pub near her home in the East End. ‘That person has gone.’