Jurassic World: The Game Is On vs. The Avengers 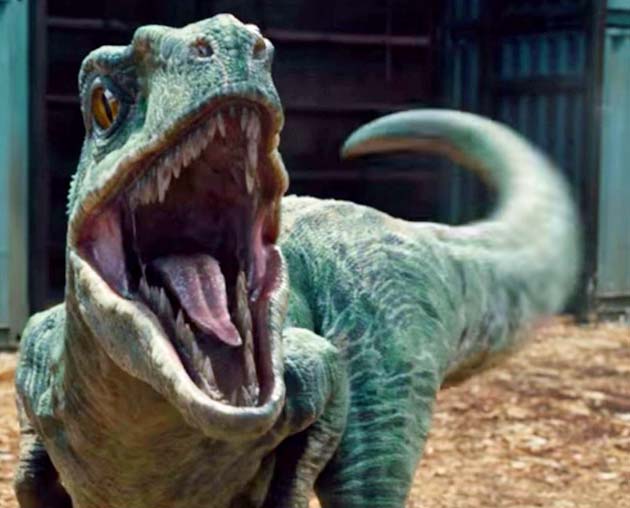 ‘Jurassic World’: The game is on vs. ‘The Avengers’ at worldwide box office

Of course, “officially” just ain’t what it used to be – like, in the days before The Fall. So you wisely ask, “But which movie has actually sold the most tickets?” After all, that’s the true measure of a film’s popularity.

Well, that’s a tough one to answer without the studios providing accurate, precise numbers. And that’s not about to happen. It always sounds so much better – for them and for their media pawns – when they can herald another record-breaking movie.

According to Universal, the studio that survived the Depression years thanks to the assistance of monsters and/or mad doctors like Boris Karloff, Bela Lugosi, and Colin Clive (and let’s give some credit to Elsa Lanchester), the eek!-inducing dinosaurs of Jurassic World have brought in $1.52 billion worldwide after 40 days out (that would have been July 21, ’15). The Avengers cumed at $1.519 billion after 133 days in release in North America (it’s unclear how much longer the film played internationally).

As per the most recent worldwide box office info for Jurassic World, its gross stands at $1.527 billion. On the domestic front, it’s still trailing The Avengers ($623.35 million vs. $618 million) – but the dinosaurs should be forging ahead of the Marvel superheroes in the next three or four days. (Scratch that. If studio estimates are on target, Jurassic World is already ahead of The Avengers on the domestic front, having earned $6.9 million this July 24-26, ’15, weekend. Domestic cume: $623.8 million.)

Having said that, once inflation is factored in, things get tricky. Will Jurassic World reach $649 million – The Avengers’ inflation-adjusted gross – in the U.S. and Canada?

Now, things get a bit complicated – at the worldwide level – once you factor in inflation. In 2015 dollars, The Avengers would have earned approx. $1.579 billion globally – thus remaining quite a bit ahead of Jurassic World. But again, one cannot ignore the current economic conjuncture that has depressed the box office take (in U.S. dollars) of dozens of countries.

Had Jurassic World come out a year ago, it would in all likelihood have already passed the $1 billion mark overseas. In other words: with the same number of tickets sold, Jurassic World would have been well ahead of The Avengers.

Anyhow, judging from the available data, in case Jurassic World hasn’t already surpassed The Avengers in worldwide ticket sales it’ll do so before the end of its theatrical run. 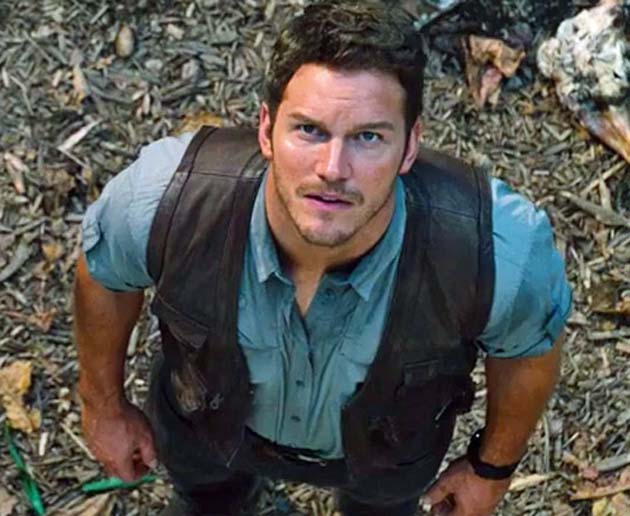 Two James Cameron movies, Titanic (1997) and Avatar (2009), remain well ahead of Jurassic World on the all-time worldwide box office chart. The former’s cume stands at $2.187 billion; the latter’s at $2.788 billion. Their positions on the chart – even without taking inflation into account – seem perfectly secure, though one should remember that both movies have enjoyed more than one theatrical run.

Now, bear in mind that on Box Office Mojo’s worldwide chart you won’t find Gone with the Wind or other major global blockbusters of the long-ago past simply because they haven’t been able to come up with inflation-adjusted figures – at least in part because international box office data from older movies is hard to come by.

Yet a quick look at BOM’s inflation-adjusted domestic chart – so we can have a better (though hardly precise) idea of actual ticket sales numbers – shows that Gone with the Wind has collected approx. $1.640 billion in North America alone.

The 1939 multiple Oscar winner is followed by:

Remember that with the exception of the Titanic 3D release in 2012, none of these movies had the advantage of 3D or PLF surcharges. Having said that, at least Gone with the Wind and The Sound of Music did benefit from pricier “roadshow” and/or “first-run” tickets. 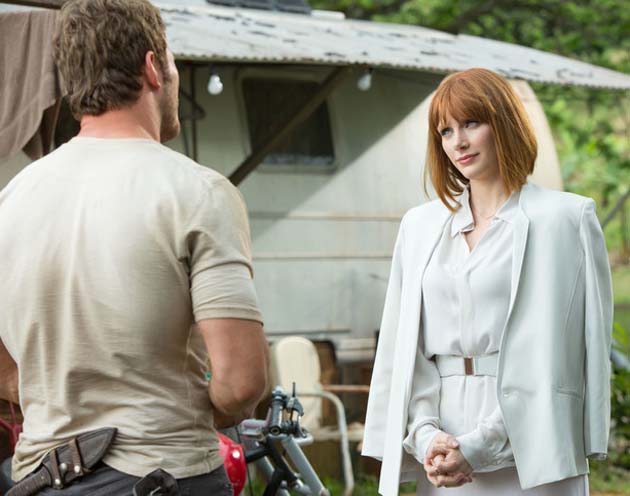 Below is a list of the key films mentioned in this article, with their directors and cast members.

The source for the Jurassic World and The Avengers box office info is Boxoffice mojo.com, which, sadly, has become a mere shadow of what it used to be. Take a look at their recent international box office charts and you’ll see what I’m referring to. 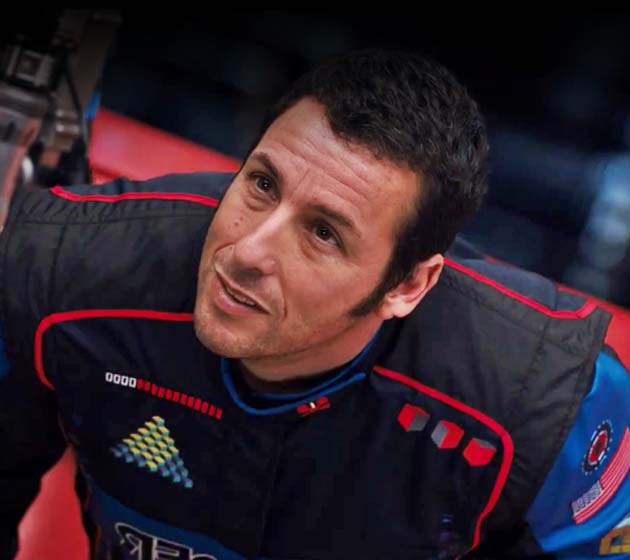 Despite its underwhelming domestic box office debut last weekend, Marvel’s Ant-Man may turn out to be the winner in North America this weekend, July 24–26, thanks to another underwhelming debut: that of the Adam Sandler Pixels movie.

According to weekend box office projections found at Variety, the Chris Columbus-directed Pixels is expected to open with $25 million from 3,723 locations – following a $10 million Friday take (including $1.5M from Thursday previews). If so, that’ll place Adam Sandler’s latest lowbrow comedy – now in 3D – on a par with Sandler domestic disappointments like Jack and Jill and Funny People. Deadline.com, for its part, is expecting $27-$28 million by Sunday evening.

Sat., July 25, update: According to studio box office estimates, Pixels underperformed on Friday, taking in $9.2 million. That’s below figures for Jack and Jill and, adjusted for inflation (and without the Thursday evening boost), Funny People.

Either way, Sandler can boast that Pixels will open quite a bit ahead of his domestic box office bombs That’s My Boy ($13.45 million debut) and Blended ($14.28 million debut last year).

Now, remember that Pixels has the box office-boosting advantage of 3D surcharges (at least at some theaters). Adam Sandler’s previous films – sigh – weren’t blessed with 3D.

Funny People cumed at $51.85 million; Jack and Jill at $74.15 million. Pixels reportedly cost $88 million, not including marketing and distribution expenses. Its salvation will likely be the international market, which gave a much-needed boost to domestic Adam Sandler duds like Blended and Jack and Jill, and where braindead 3D movies have great popular appeal.

This past year has been tough for Pixels movie distributor Sony Pictures at the North American box office. Its last movie to – barely – hit the $100 million mark in the U.S. and Canada was the Antoine Fuqua-Denzel Washington actioner The Equalizer, which opened in early fall 2014.

Recent Sony releases have all been either domestic box office disappointments or downright bombs (Chappie, Aloha). Below are a few titles: 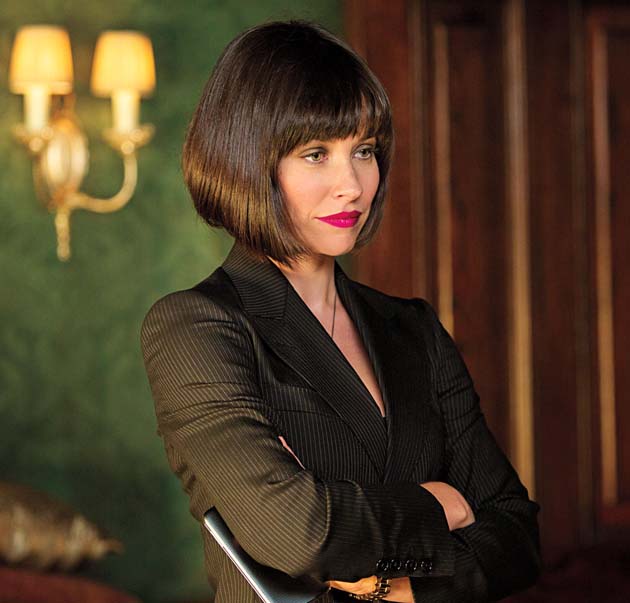 Ant-Man, which has been trailing Minions in the last three days, is expected to rake in approximately $26 million Fri.-Sun. That represents a 54 percent drop from the previous weekend (whose numbers were inflated by Thursday evening screenings).

It remains to be seen whether the Marvel Cinematic Universe’s latest entry will have superhero-ish legs. To date, the reportedly $130 million-budgeted Ant-Man has taken in $81.31 million in the U.S. and Canada.

Of course, remember to take the above box office weekend estimates with a grain (or two or three) of salt. A week ago, Variety predicted that Ant-Man would open with $65 million – whereas Marvel’s ant hero actually debuted with a much more modest $57.22 million.

Needless to say, it’s unclear whether or not the Lafayette, Louisiana, shootings – which left three people dead (including the murderer, who killed himself) and nine injured during a screening of the Judd Apatow-Amy Schumer comedy Trainwreck – will have any impact on movie attendance this weekend, as mass murders in public places seem to have become weekly events in the United States.

Louisiana governor Bobby Jindal, a right-wing Republican, offered thoughts, prayers, and hugs following the tragedy. His state has one of the most lax gun laws in the U.S. and the highest murder rate (2013) anywhere in the country. 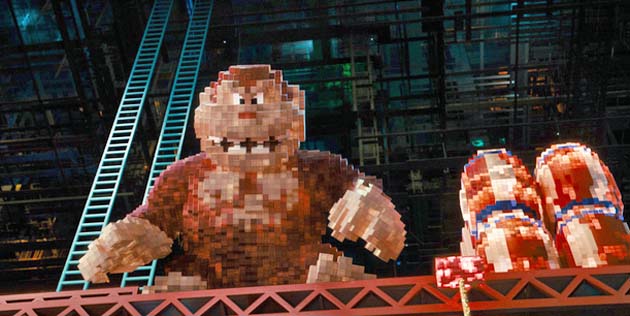 Below is the list of key movies mentioned in this article, with their directors and top cast members. 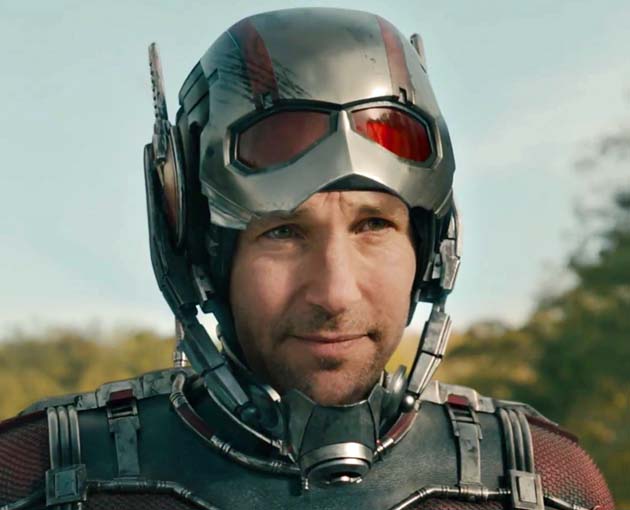 Starring Paul Rudd as a bug-like (sizewise) action hero, Ant-Man was expected to open with $60-$65 million from 3,856 U.S. and Canada locations this past weekend, July 17-19. That didn’t happen.

A mere three days ago, Variety enthused that Ant-Man was “marching to a solid $65 million weekend at the U.S. box office.” But instead of a domestic debut like those of Thor and Captain America: The First Avenger, Ant-Man bowed with a considerably more modest $57.22 million (down from the studio’s $58.04 million Sunday estimate), including Thursday evening screenings.

Even taking into account the fact that Scott Lang a.k.a. Ant-Man isn’t a Marvel superstar, that the Peyton Reed-directed movie cost a measly $130 million, and that it faced strong competition from Kyle Balda and Pierre Coffin’s Minions on its second weekend out, there’s no denying that the North American opening weekend per-theater average of Ant-Man is the lowest of all 12 Marvel Cinematic Universe movies to date.

In that regard, Ant-Man is trailing even the Universal-distributed The Incredible Hulk, which collected $55.41 million on its debut weekend (not inflated by Thursday evening showings) back in June 2008 – a per-theater average of $15,810.

Ant-Man‘s box office performance looks even more anemic once inflation is factored in. In 2015 dollars, the opening weekend gross of the 3D-less, IMAX- / PLF-deficient The Incredible Hulk would have been approximately $62.7 million, with a per-theater average of $17,900 – despite Hulk star Edward Norton’s conspicuous absence during the final marketing push for the film.*

And that means Ant-Man not only has the lowest opening weekend per-theater average of any Marvel Cinematic Universe movie, but also MCU’s most modest inflation-adjusted domestic debut (fewest tickets sold) to date. 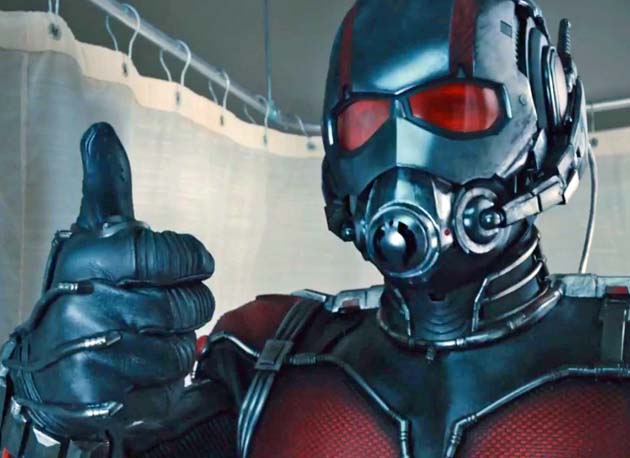 On the (somewhat) positive side, Ant-Man is the most circumspectly budgeted Marvel Cinematic Universe movie thus far – although the reported $130 million for the film’s production itself, plus another likely $65-70 million in marketing and distribution expenses are hardly what one would refer to as “modest” or even “moderate” figures.

More impressive is that Ant-Man is performing quite well internationally – even though Scott Lang a.k.a. Ant-Man is no more famous in Mexico or Russia than in Florida or Ontario. Despite the strong dollar, the film’s $55.4 million (down from the studio’s $56.4 million Sunday estimate) from 37 territories represents 49.2 percent of its $112.6 million worldwide gross. Ant-Man‘s top markets – most of them well ahead of both Thor and Captain America: The First Avenger – are the U.K., Mexico, Russia, Australia, France, Brazil, and Taiwan.

In case there’s an Ant-Man 2, as usual thank – or blame – the international market.

The real box office success story this past weekend was that of a (gasp!) non-Hollywood release: Raman Hui’s action fantasy Monster Hunt, which raked in $109 million in China alone (Thu.-Sun.), where Hollywood movies have been kept at bay these past few weeks.

That figure is only about $3-$5 million less than the worldwide take of, respectively, Ant-Man and Minions. The shape of cinematic things to come?

Edward Norton vs. Universal and Marvel

* Unlike Paul Rudd, who was just about everywhere you looked prior to the release of Ant-Man, Edward Norton went off to Africa – reportedly doing charity work – shortly before the release of The Incredible Hulk. Norton and Universal / Marvel had previously clashed over the final edit of the film.

The (back then) two-time Academy Award-nominated Norton (Primal Fear, American History X) would eventually be very publicly kicked out of the Marvel Cinematic Universe, getting replaced by Mark Ruffalo in both The Avengers and Avengers: Age of Ultron. 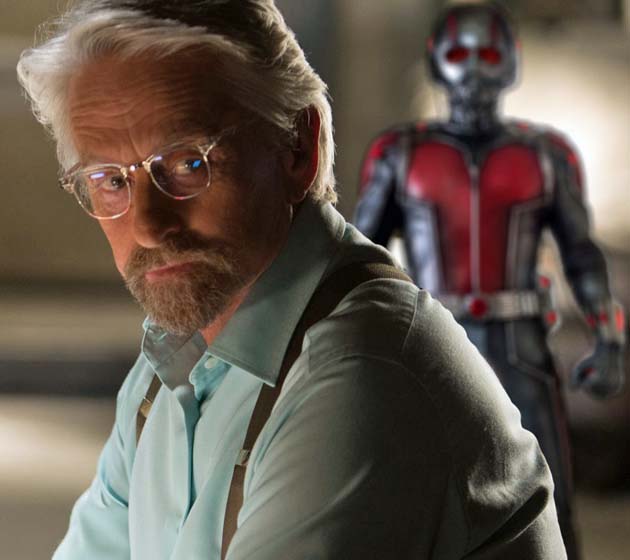 Below is the list of Marvel Cinematic Universe movies mentioned in this article, with their directors and key cast members.

Another top source for this article: Deadline.com.