Justin Bieber was in attendance at the Justin Bieber: Never Say Never premiere held at London’s 02 Arena on Feb. 16. Directed by Jon M. Chu – instead of the previously (and incongruously) announced Davis Guggenheim (An Inconvenient Truth) – Never Say Never is a mix of concert and biographical documentary.

Chu’s other big screen credits include the international hits Step Up 2: The Streets and Step Up 3D, which are totally in step (bad pun intended) with a movie featuring the “Love Me,” “One Less Lonely Girl,” and “Eenie Meenie” singer. (Update: In case you’re wondering, “Boyfriend” would come out in 2012.)

A Paramount release, Never Say Never was reportedly budgeted at $13 million (not including distribution and marketing expenses). After five days (Fri.-Tue., plus last week’s Wednesday previews), the 3D documentary has grossed a surprising $33.1 million* at the U.S. and Canada box office. On its first Friday out, it actually managed to beat the Adam Sandler-Jennifer Aniston comedy Just Go with It. 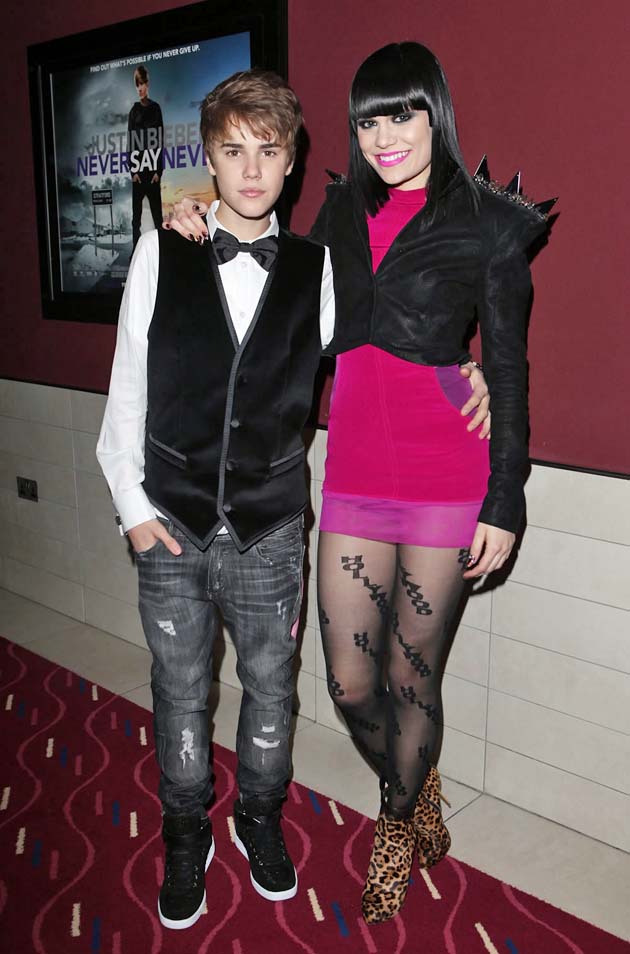 Justin Bieber is seen above with singer and songwriter Jessie J, whose debut album is called Who You Are.

Jessie J began her show business career at age 11, when she was featured in the West End musical Whistle Down the Wind, itself based on Bryan Forbes’ 1961 movie of the same name, which starred Hayley Mills, Alan Bates, and Bernard Lee. 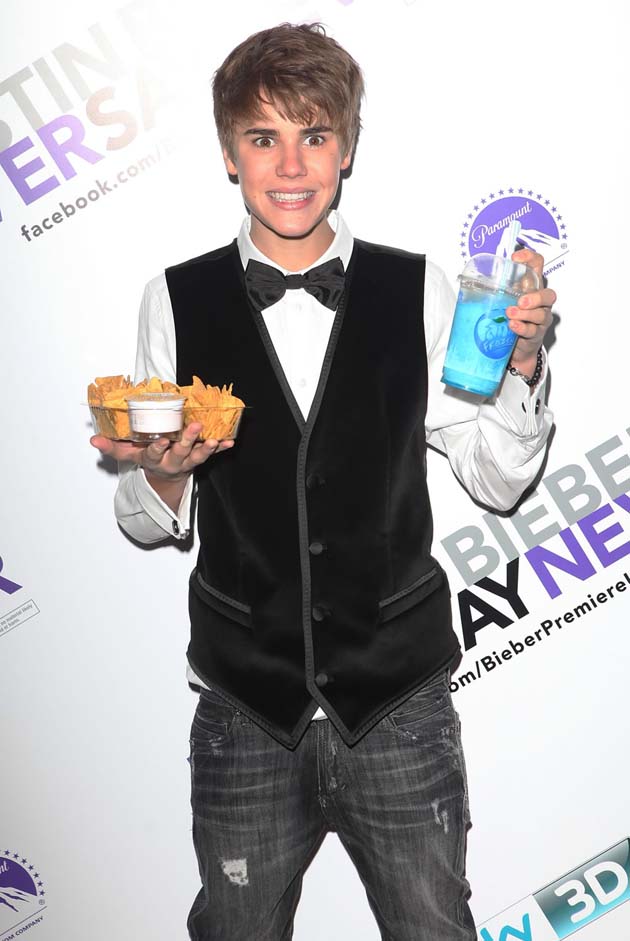 Justin Bieber displays his own brand of the enigmatic Mona Lisa smile. 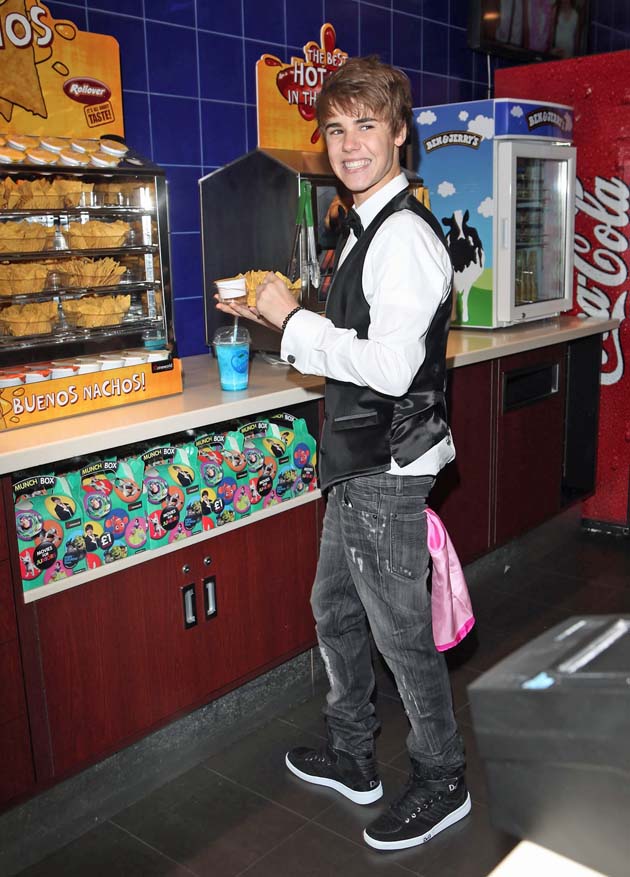 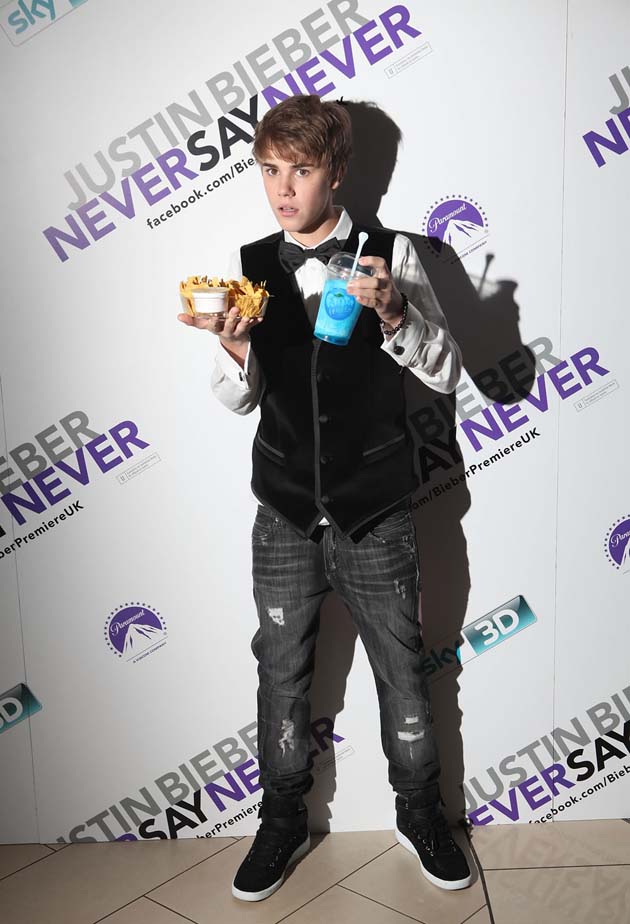 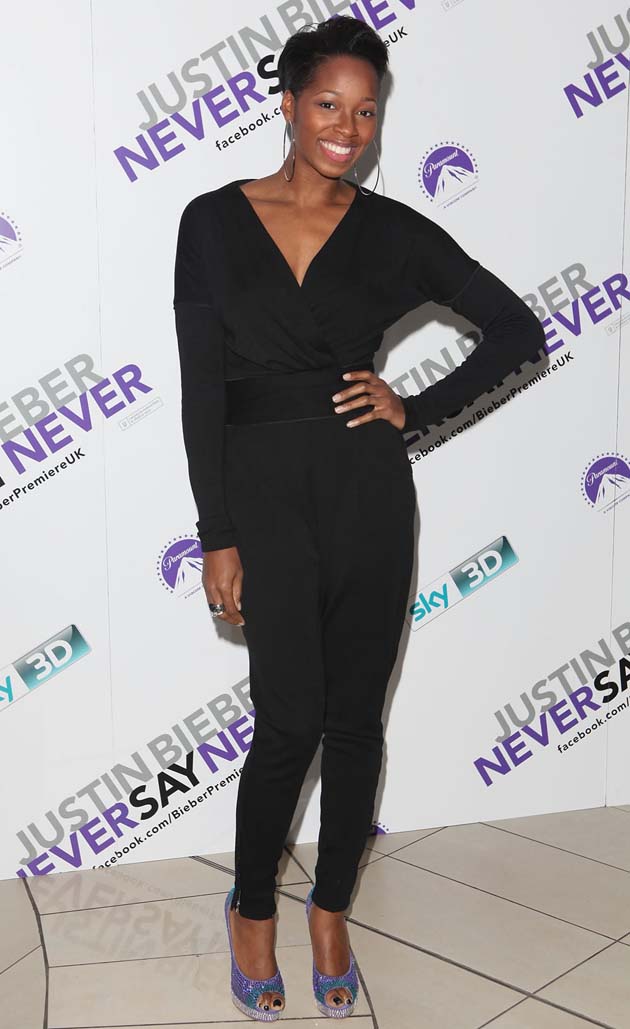 Recording artist and television presenter Jamelia attends the premiere of Never Say Never at London’s 02 Arena. The biographical concert documentary features the teen idol singing in concert, in addition to providing some information about his life (nearly 17 years on this planet) and career. 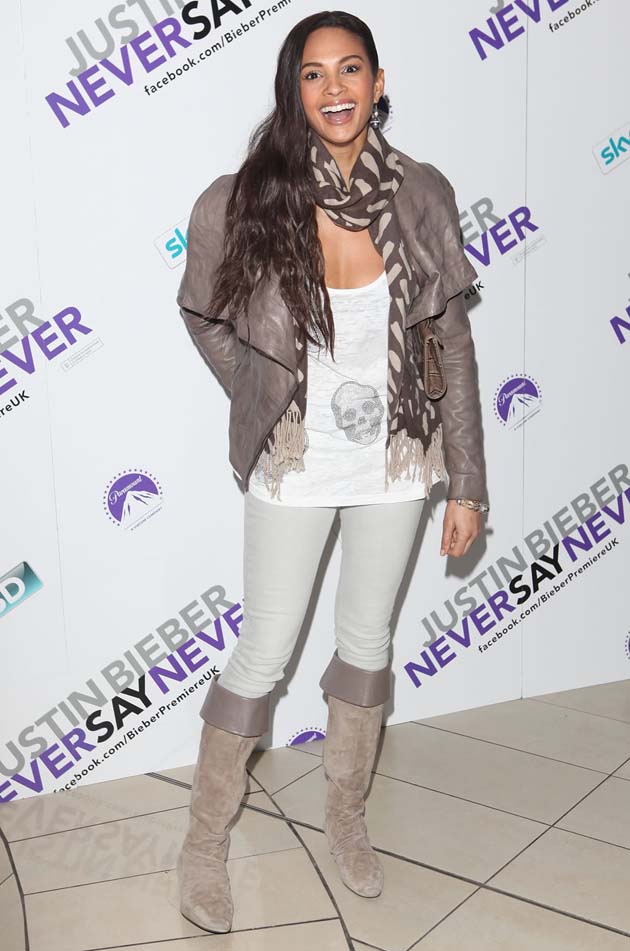 Singer and dancer Alesha Dixon poses for the camera at the London premiere of Never Say Never. Dixon’s albums include Fire Dancing (2007) and The Alesha Show (2008). Additionally, she is a Strictly Come Dancing winner.

Dixon is also seen below, in close-up. 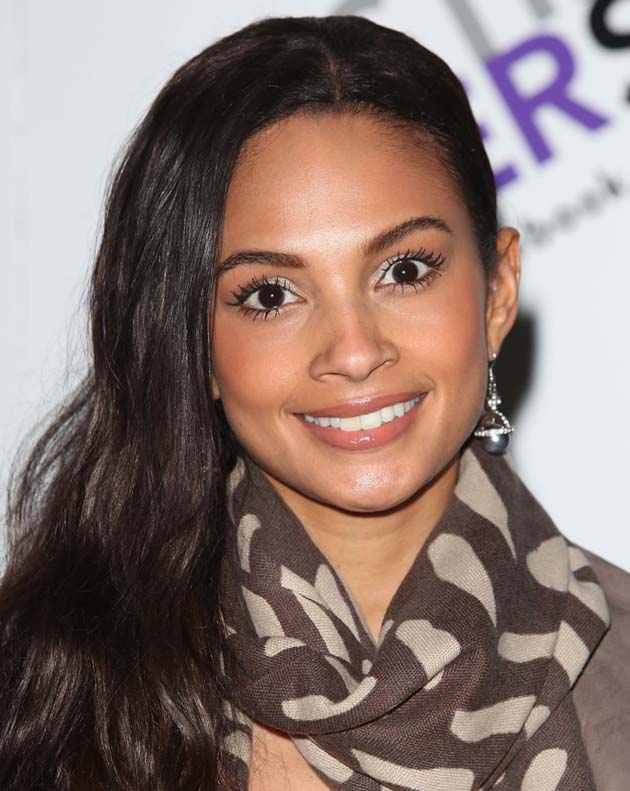 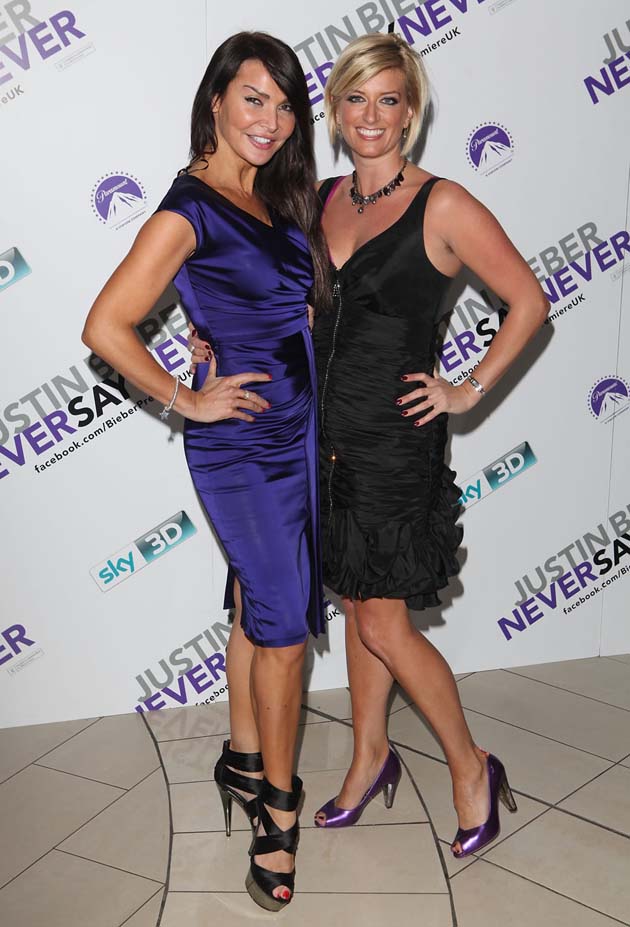 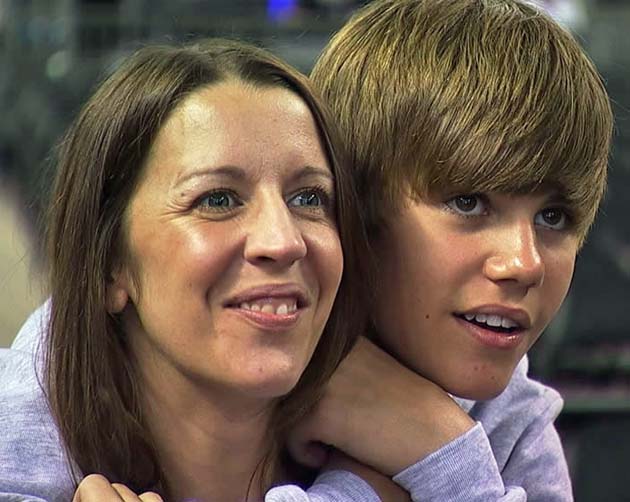 Canada’s the best country in the world. We go to the doctor and we don’t need to worry about paying him, but here, your whole life, you’re broke because of medical bills. My bodyguard’s baby was premature, and now he has to pay for it. In Canada, if your baby’s premature, he stays in the hospital as long as he needs to, and then you go home.

According to figures found at Box Office Mojo, Justin Bieber: Never Say Never was no. 2 on the domestic box office chart on Tuesday, Feb. 15, ’11, grossing $1.068 million, trailing only the Adam Sandler-Jennifer Aniston comedy Just Go with It. 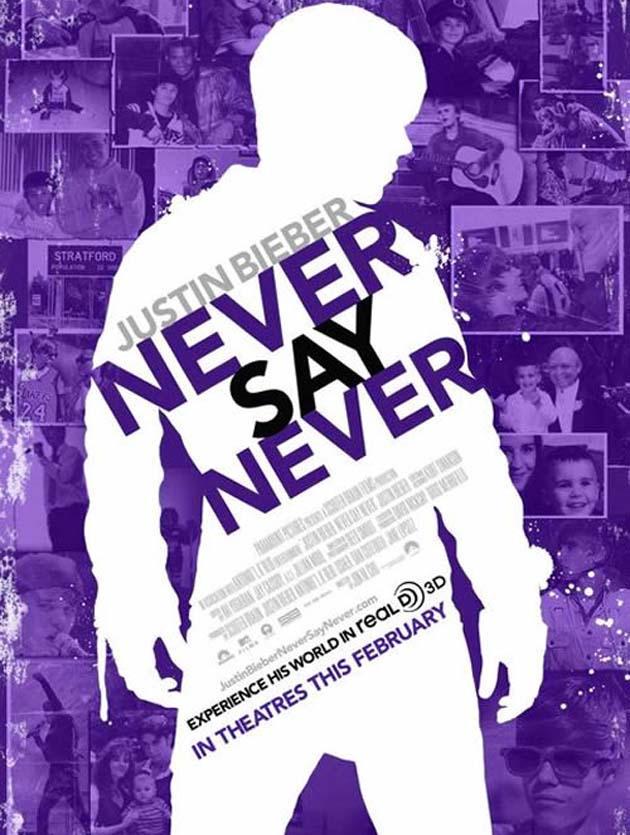 If studio estimates hold, Just Go with It – also featuring Brooklyn Decker and sort of a disguised remake of Blake Edwards’ Ten – topped the weekend with $31 million, followed by Justin Bieber: Never Say Never with $30.26 million and the animated feature Gnomeo & Juliet, which also performed better than expected, with $25.5 million.* 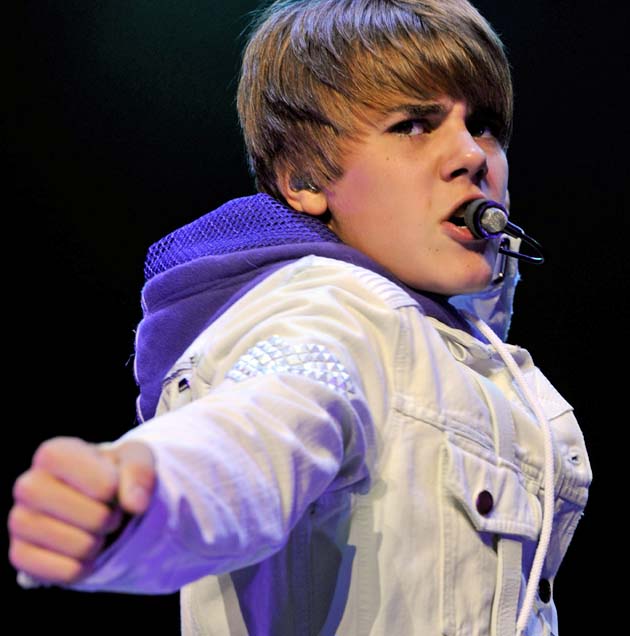 Justin Bieber: Never Say Never grossed an impressive $12.38 million, way ahead of the no. 2 entry, the Jennifer Aniston-Adam Sandler comedy Just Go with It.

So, Justin Bieber and Adam Sandler will be fighting it out for the top spot at the domestic weekend box office. Official studio estimates will be released Sunday morning. 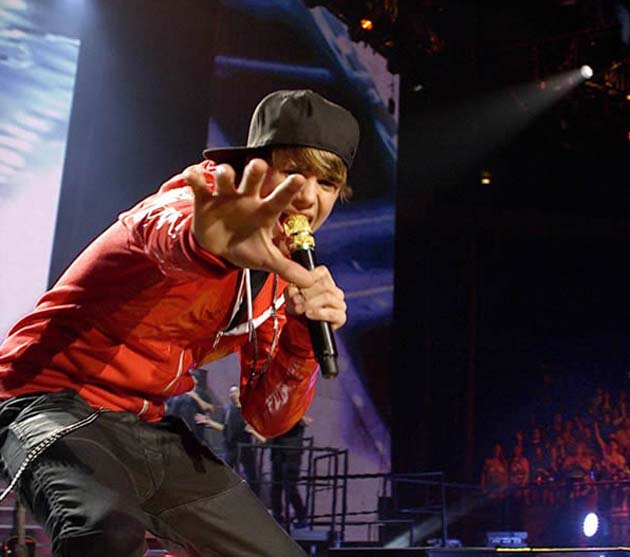 Feb. 9: The documentary / concert movie Justin Bieber: Never Say Never will be screening at 300 theaters in North America on Wed. night, two days (or rather, a day and a half) prior to the official debut of the 3D biographical documentary at more than 3,000 locations on Friday, Feb. 11.

These 300 special screenings are already sold out despite the hefty price tag for Justin Bieber: Never Say Never tickets: $30 per person. Admittedly, that includes not only the chance to see Justin Bieber in 3D, but also to take home Never Say Never souvenirs such as, huh, purple-colored 3D glasses.

“As we were putting together the release plan for this movie, we were very respectful of the relationship Justin has developed with his fans,” Paramount Vice Chair Rob Moore was quoted as saying in The Hollywood Reporter. “We wanted to stay to true to that relationship, and give them a special and specific way to be the first ones to see the movie.”

“Special and specific” is right. More than 60,000 tickets sold at $30 a pop have generated about $2 million. Of that amount, half will be reported as box office revenues; the other half as merchandising income.

Vampires Suck Box Office: Twilight Spoof Lands with a Thud - But Could Still Be Profitable

He sure seem happy…