Katharine Hepburn in ‘The Philadelphia Story,’ ‘Woman of the Year’: Movie career landmarks on TCM

Four-time Best Actress Academy Award winner Katharine Hepburn is having her own private “Summer Under the Stars” day on Aug. 20. Although Turner Classic Movies will be presenting a number of her prestigious films – among them The Philadelphia Story, Woman of the Year, and Summertime – Hepburn Day doesn’t quite make my pulse race. Of course, Hepburn could be an outstanding actress; the problem is that her RKO and MGM movies are always playing on TCM.

So, Mr./Ms. TCM … In August 2011, what about a John Gilbert Day? Or a Ramon Novarro Day? Or a Catherine Deneuve Day? Or a Lizabeth Scott Day? Or a Nancy Carroll Day? Or a Sessue Hayakawa Day? Heck, I’d gladly accept a Polly Moran Day.

George Cukor’s The Philadelphia Story (1940) and George Stevens’ Woman of the Year (1942) are seminal entries in the Katharine Hepburn movie canon. The former was adapted by Donald Ogden Stewart from Philip Barry’s Broadway hit, also starring Hepburn. The latter was from an original screenplay co-written by Ring Lardner Jr. and Michael Kanin.[1]

Now, why are The Philadelphia Story and Woman of the Year landmark movies?

Well, The Philadelphia Story was Hepburn’s first film away from RKO, her first film at Metro-Goldwyn-Mayer, and, most importantly, it was her first major box office hit after her Hollywood career hit the skids in the mid-to-late 1930s. It also marked the last time she co-starred with Cary Grant – following Sylvia Scarlett (1936), Holiday (1938), and Bringing Up Baby (1938).

And last but not least, The Philadelphia Story earned Hepburn her third Best Actress Oscar nomination[2] and her one and only New York Film Critics Circle Best Actress Award. 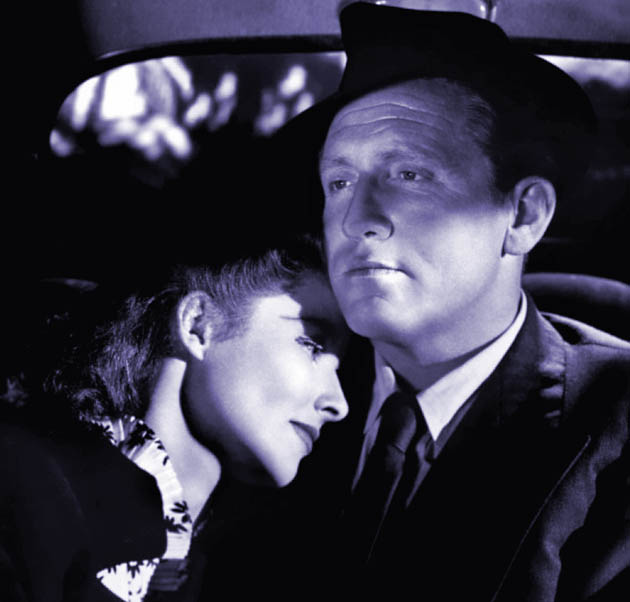 Katharine Hepburn in ‘Woman of the Year,’ with Spencer Tracy: Film career landmark was first pairing of what some call the ‘greatest Hollywood movie couple.’

Woman of the Year, for its part, was the third and final Hepburn film directed by George Stevens – following Alice Adams (1935) and Quality Street (1937). More importantly, it marked the beginning of the Katharine Hepburn-Spencer Tracy collaboration, which encompassed nine movies over the course of a quarter of a century.[3]

Indeed, some find the Hepburn-Tracy duo the greatest movie pairing this side of Lauren Bacall and Humphrey Bogart, and that side of Judy Garland and Mickey Rooney. Which says a lot.

Anyhow, for her efforts as a career-oriented woman who learns what True Womanhood is all about, Hepburn received her fourth Best Actress Oscar nomination.

‘The Philadelphia Story,’ ‘Woman of the Year’ Oscar winners

I should add that all three Oscar-winning screenwriters – Donald Ogden Stewart, Ring Lardner Jr., and Michael Kanin – would be blacklisted during the Red Scare.

One of the Hollywood Ten, Ring Lardner Jr. would come back in the mid-’60s with the Steve McQueen-Edward G. Robinson drama The Cincinnati Kid (1965). Lardner Jr. would win a second Oscar – this time in the Best Adapted Screenplay category – for the Robert Altman-directed, anti-military satire MASH (1970).

‘Bringing Up Baby’ and ‘Quality Street’

Among the 11 Katharine Hepburn star vehicles being shown on Turner Classic Movies, my favorite is Howard Hawks’ 1938 screwball comedy Bringing Up Baby, co-starring Cary Grant. I’m just not sure how funny a movie can be after 18 viewings.

Admittedly, I’ve only seen Bringing Up Baby twice. Avid TCM’ers, however, have probably watched this one at least one or two dozen times. It seems to be on every week.

A less famous – but also frequently shown – Katharine Hepburn movie I’d recommend is the fairy-tale-ish, George Stevens-directed Quality Street (1937). Some care neither for the film nor for Hepburn’s performance. I find both, for lack of a better word, charming.

As a plus, Cora Witherspoon is great in this RKO release. And you’ll have the chance to check out Joan Fontaine at the very beginning of her career. (As an aside, Marion Davies starred in MGM’s 1927 silent version.) 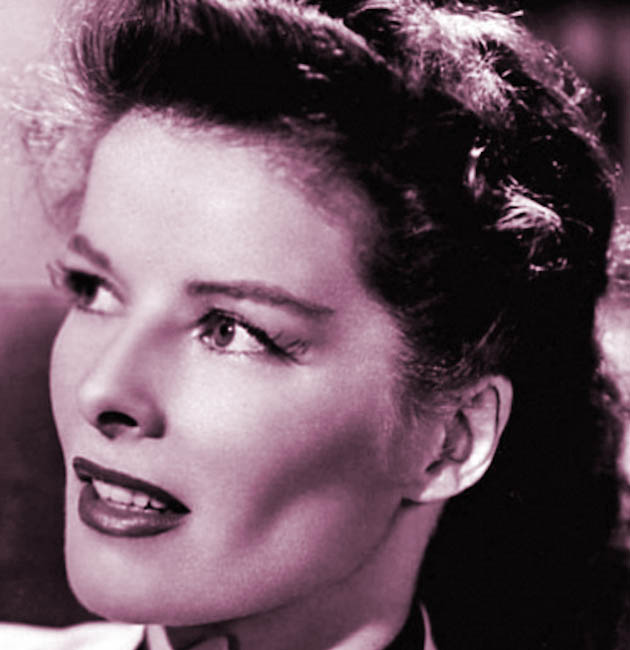 More Katharine Hepburn movies: In love with Dr. Frankenstein, to fight or not to fight fascism

Elia Kazan’s heavy-handed The Sea of Grass (1947) and John Cromwell’s clunky Spitfire (1934) are only for die-hard Katharine Hepburn fans. But both Dorothy Arzner’s Christopher Strong (1933) and George Cukor’s Keeper of the Flame (1942), however flawed, are definitely worth a look.

It’s unclear whether or not Dorothy Arzner being a lesbian influenced her gender-bending take on Christopher Strong. Either way, it’s inescapably there. That in itself adds some welcome complexity to the tale of an aviatrix who falls for a married man: Dr. Frankenstein himself, Colin Clive.

In Keeper of the Flame, we get melodrama mixed with politics, as Hepburn, in the title role, ultimately realizes that Democracy (capital “D”) cannot exist without sociopolitical transparency. I don’t think anyone would argue against that – except, that is, those holding positions of power.

Yet, partly thanks to George Cukor’s old-school direction, Keeper of the Flame‘s anti-fascist stance is dishearteningly tame. Especially so when compared to something like Orson Welles’ Citizen Kane, released the year before.

‘Summertime’: What’s in a name

In his autobiography, playwright/screenwriter Arthur Laurents (West Side Story, Gypsy) complains that Summertime, the film version of his 1952 Broadway play The Time of the Cuckoo, diluted the effectiveness of the story.

According to Laurents, a key issue was the casting of sleek Katharine Hepburn (instead of dowdy Shirley Booth) as “Jane Hudson” (instead of “Leona Samish”). He goes on to explain the importance of a character’s name for the audience’s perception of said character.

That’s all fine, but I’m glad the blatantly obvious Leona became the more generic Jane – who could be any lonely, middle-aged woman, American or otherwise. That way, you can see in the character what the actor conveys; not what the playwright wants to shove down your throat. I’m also glad that Hepburn got the chance to work wonders with the role.

Wrapping this up, TCM will also be showing David Heeley’s 1993 documentary Katharine Hepburn: All About Me. Hepburn’s tell-all-but-nothing autobiography is called Me: Stories of My Life. It was published in 1991. 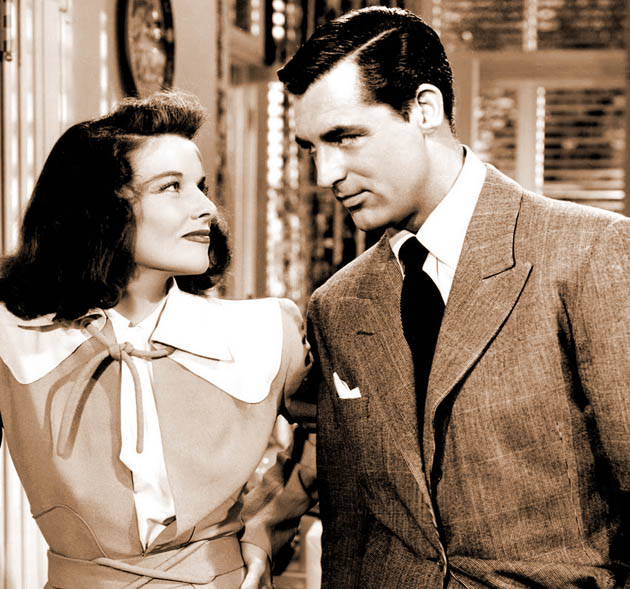 Garson Kanin also penned Tracy and Hepburn: An Intimate Memoir, in which he discussed his friendship with the two stars. The book reportedly led to a falling out between Kanin and Hepburn. (Tracy had been dead for a few years.)

[2] Katharine Hepburn’s first two Best Actress Academy Award nominations were for Lowell Sherman’s Morning Glory (1932-33) and George Stevens’ Alice Adams (1935). She won for the former. The second time around she lost to Bette Davis in Dangerous.

[3] The Katharine Hepburn-Spencer Tracy movies were the following:

Besides Woman of the Year, Turner Classic Movies will be showing three other Hepburn-Tracy titles: Keeper of the Flame, Without Love, and The Sea of Grass, all of which were MGM productions.

Of the above, the only non-MGM releases were Desk Set (20th Century Fox) and Guess Who’s Coming to Dinner (Columbia).

[4] For several decades, the Academy Awards had three Best Writing categories. Category labels changed throughout the years; in 1940, they were Best Original Story, Best Original Screenplay, and Best Screenplay.

The 1940 winners were, respectively, Benjamin Glazer and Hans Székely for Arise My Love (1940), Preston Sturges for The Great McGinty, and, as mentioned earlier in the text, Donald Ogden Stewart for The Philadelphia Story.