Nickelodeon’s 2010 Kids’ Choice Awards were handed out earlier today, March 27, at UCLA’s Pauley Pavilion in Los Angeles. I’m assuming we’re talking “kids” as in four-year-olds or whereabouts. After all, their favorite movie was Betty Thomas’ Alvin and The Chipmunks: The Squeakquel, while Taylor Lautner was selected as their favorite movie actor for Chris Weitz’s The Twilight Saga: New Moon.

Perhaps that’s good news for the financial backers of Stretch Armstrong, which is supposed to star Lautner. I mean, maybe lots of four-year-olds will want to go check it out?

Edward, by the way, is a.k.a. Robert Pattinson. Curiously, Pattinson wasn’t even nominated in the Favorite Movie Actor category.

Taylor Lautner and Kristen Stewart, for their part, were also chosen as the year’s “Cutest Couple” – the kiddie-friendly version of “Hottest Couple” – for New Moon. That’s where Robert Pattinson lost out to Lautner, for his Edward Cullen and Stewart’s Bella were also in the running in that particular category.

Sandra Bullock may have had the year’s much bigger hit – John Lee Hancock’s The Blind Side – but Miley Cyrus was the Kids’ favorite movie actress for Peter Chelsom’s Hannah Montana: The Movie.

Pete Docter’s Up was the favorite animated movie, while Jim Carrey’s Scrooge tones in Robert Zemeckis’ A Christmas Carol earned him the Favorite Voice from an Animated Movie Award.

Other winners in the Kids’ Choice Awards’ various categories ranged from Selena Gomez and Jay-Z to Michelle Obama and the Black Eyed Peas. 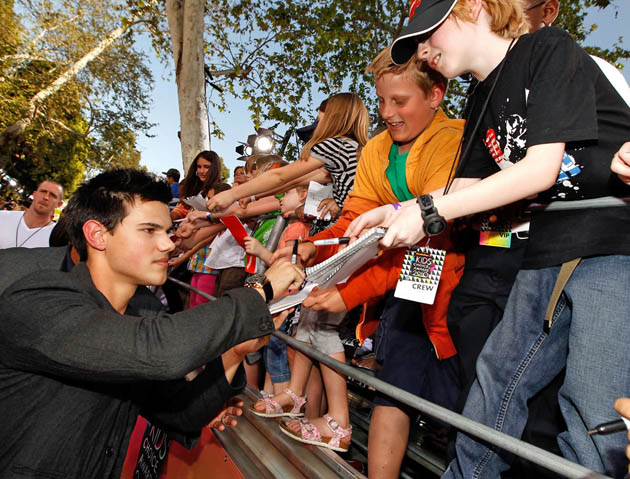 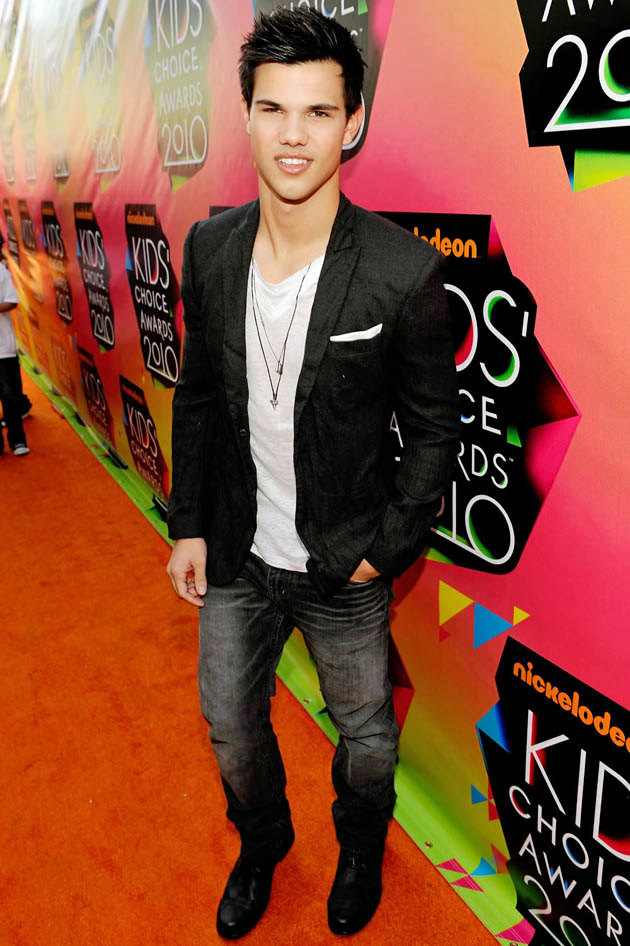 Taylor Lautner (born Taylor Daniel Lautner on Feb. 11, 1992, in Grand Rapids, Michigan) has been active in show business – mostly on television – since 2004.

Besides the Twilight movies, on the big screen he has been featured in only a couple of films: Robert Rodriguez’s The Adventures of Sharkboy and Lavagirl 3-D, with Taylor Dooley, and Adam Shankman’s Cheaper by the Dozen 2, with Steve Martin, Piper Perabo, and Tom Welling.

He will next be seen in David Slade’s The Twilight Saga: Eclipse, which opens on June 30, ’10, in the U.S. and Canada. Also in the cast:

The Eclipse screenplay was written by Melissa Rosenberg, from Stephenie Meyer’s novel.

Breaking Dawn was Meyer’s fourth and final novel in the Twilight literary series. 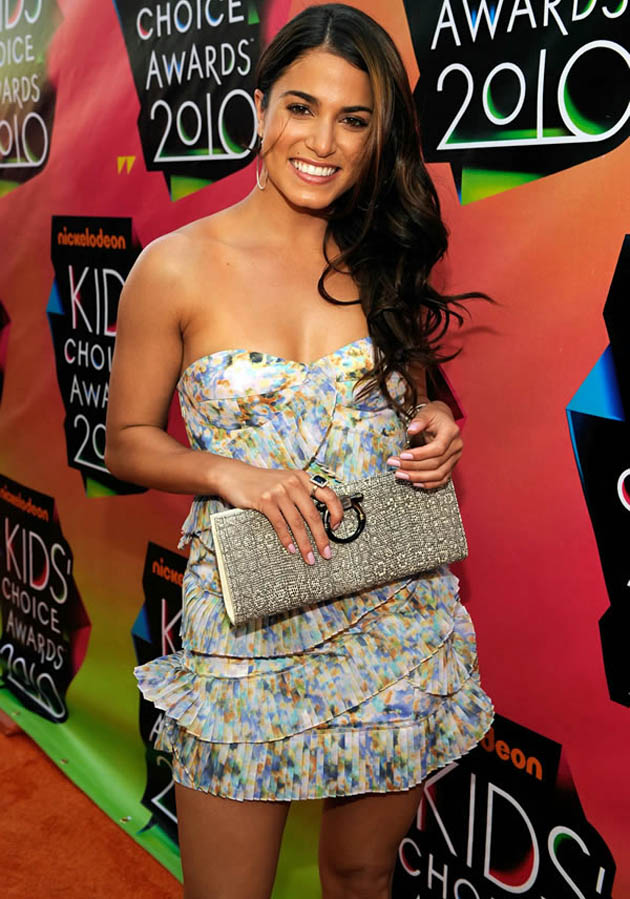 Twilight actress Nikki Reed is seen above arriving at Nickelodeon’s 2010 Kids’ Choice Awards, where she was a presenter. To date, Reed has been featured in both Catherine Hardwicke’s Twilight and Chris Weitz’s New Moon. She will next be seen in David Slade’s Eclipse.

In the Twilight movies, the dark-haired, olive-skinned Nikki Reed plays the pale, blonde vampire Rosalie Hale, an adoptive “sister-in-law” of Robert Pattinson’s vampire Edward Cullen. Rosalie has a key role in the “saga,” as she’s the one Cullen family member who doesn’t get along with Edward’s human paramour, Bella Swan.

Thirteen was directed by Twilight filmmaker Catherine Hardwicke. Hardwicke and Reed, then in her mid-teens, co-wrote the screenplay, which was inspired by events that took place in Reed’s own life at the time she reached puberty.

In addition to the Twilight movies and Thirteen, among Nikki Reed’s screen credits include: 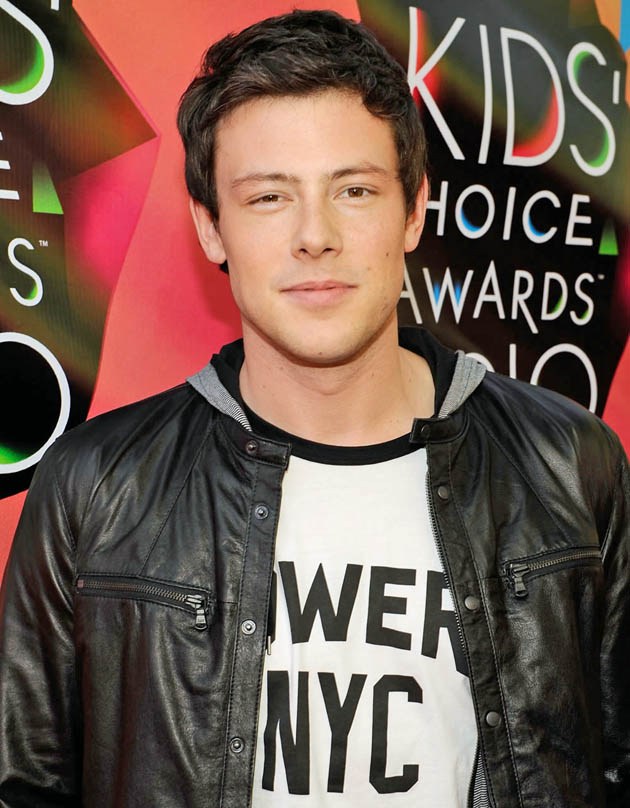 Besides Monteith and the aforementioned Nikki Reed, presenters at this year’s ceremony held at UCLA’s Pauley Pavilion in Los Angeles, included the following:

Cory Monteith has been featured in only a handful of movies, almost invariably in small supporting roles. Among them are: 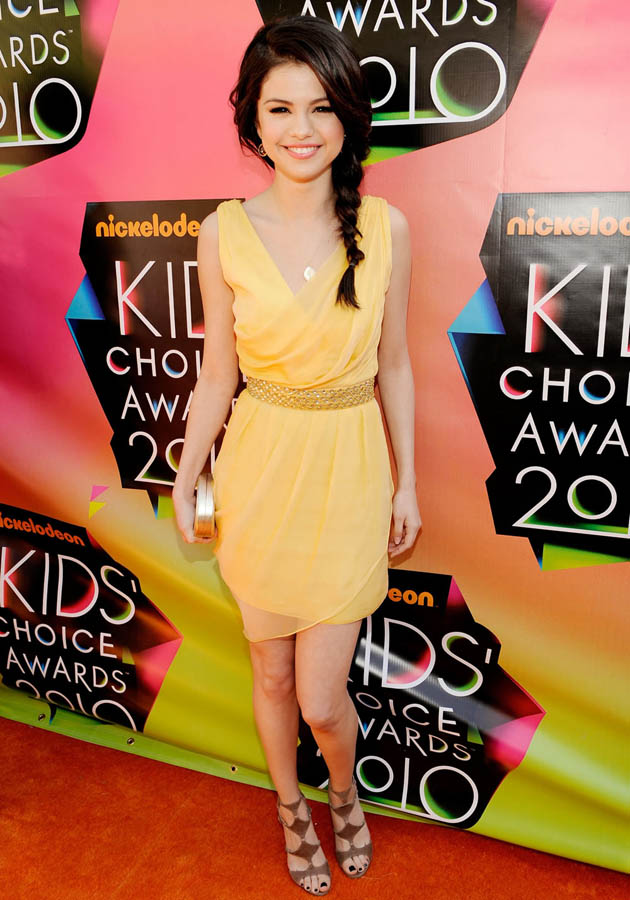 Selena Gomez is pictured above while arriving at the Kids’ Choice Awards. She was voted the year’s Favorite Television Actress for her performance as Alex Russo in Wizards of Waverly Place.

Gomez has one big-screen feature coming out this year: Ramona and Beezus, directed by Elizabeth Allen Rosenbaum. Also in the cast: 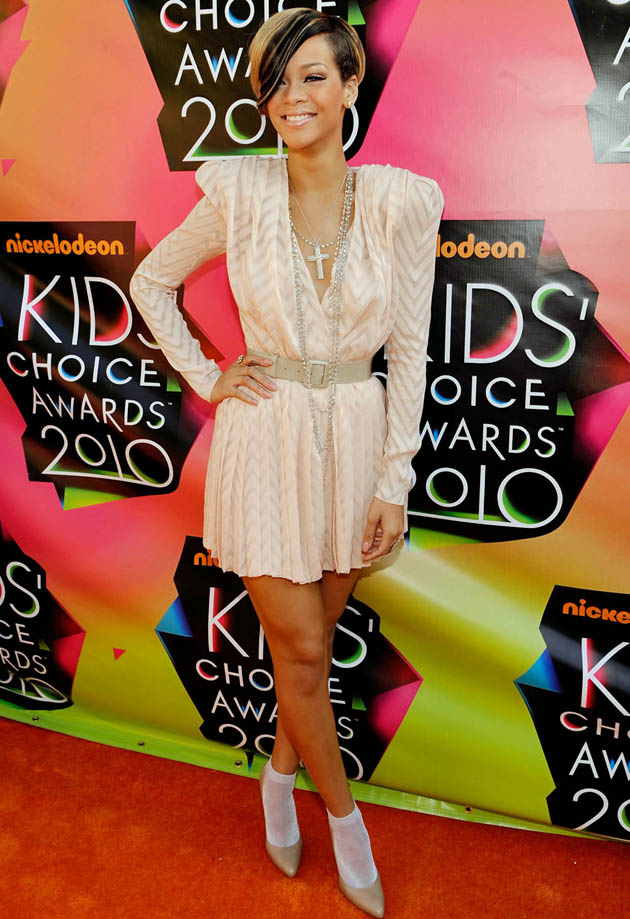 Rihanna is seen above on the Kids’ Choice Awards’ Red Carpet. At the ceremony, she performed the songs “Hard,” “Rude Boy,” and “Don’t Stop the Music.”

I think your sooo sexxyyy!!! And like that last gurl said i coted for you to be BEST ACTOR!!!!!
I SEND LOVEZZZZZZZZZ!!!!

hey every one i just heard the new Nikki Reed Movie is coming out in August but who knows this movie date has changed more time then we as a country made change.

U ROCK TAYLOR I HOPE I CAN MEET U.

Hey,you look great i am really happy for you TayTay i hope i get to see you soon

he is 2 hot for himself who ever hes dating she izz so lucky.I still luv him no matter if he luvz Bella. LOL

i love u taylor

you look so good in that picture lol.. but even if i got to meet u that would be so awsome but i will bring my boyfriend with me because he may not trust me to be alone with another boy ha ha i know how it sounds it sounds over protective but im ok with it cause i love him

New Moon is about the Jacob and Bella relationship. The kids are obviously smarter than the person who wrote this article or at the very least read the books. The Edward character is in South America through out most of the book/movie. Twilight is huge because of these very same kids, give them a bit of credit for knowing what they are voting on.

New Moon Sucks! I think Chipmunks is much better.

Kid’s choise Kid: Lautner. Adult’s choise adult:Rob. It’s no problem. The problem is in the movie, where Bella’s feelings not showed really by KS. As I remember, in the books Bella loved Edward. Well, this feeling don’t comes down in the character performance. Shame on KS acting abilit?

Kids point of view were diffrent then adult, may be Rob and Kristen can have a break. Edward and Balla were true love, Balla was looking for friendship to ease pain from Edward, Jacob shouldn’t thake advantage, and that’s not the real love from Balla, that’s the way I saw and experence.

My lord, animated chipmunks beat real acting of teenagers. I get commented on looking like Taylor Lautner so much that I have to defend him for having the movie he was in lose to a movie about singing and dancing animals. I sat through both movies unwillingly, and I must say that the non suspenful, sort of action filled warewolf-vampire love movie was far more interesting to watch then listening to three annoying red, blue, and green clothed rats dance and sing on screen, they may be an original classic, but once the original is taken and thrown into a churn and the same thing comes out, its just boring. New Moon at least was flashy with at least a hint of a plot. To the fans of New Moon, I defend your upset.

New Moon should of won for best movie.

rpattz wasnt even nominated, so he wasnt beat.