American Ultra stars Kristen Stewart and Jesse Eisenberg will reportedly be reunited later this year in another project: Woody Allen’s next as-yet-untitled feature. Bruce Willis is the third cast member whose name has been publicly announced.

The source for this information is an “exclusive” report via Deadline.com‘s Mike Fleming Jr. So far, as Fleming explains in his brief piece, Woody Allen and “his people” haven’t confirmed the casting. In other words, things could change – or we may get a casting denial – in the not-too-distant future.

Unsurprisingly, no plot details about the upcoming Woody Allen project have been forthcoming. In fact, one wonders if Kristen Stewart, Jesse Eisenberg, and Bruce Willis – in case they have indeed joined the fold – know what the movie is going to be about.

The plot, as found on the IMDb, is described thus:

On a small town college campus, a philosophy professor in existential crisis gives his life new purpose when he enters into a relationship with his student.

Here’s a brief list of past Woody Allen movies: 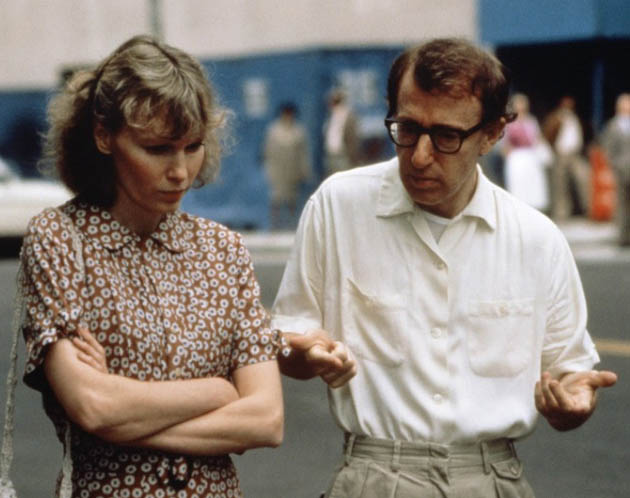 Woody Allen in ‘Hannah and Her Sisters,’ with Mia Farrow.