So what if it isn’t even an ethnic or a cultural group, but merely a U.S.-made sociopolitical construct?

Well, one might ay that matters here are the films themselves – all Hollywood productions. And hopefully some of the introductions, provided by Robert Osborne and UCLA professor of film and media studies Chon A. Noriega, will be illuminating.

Tonight, TCM watchers will be able to catch Hollywood’s foremost couple of the 1920s, Mary Pickford and Douglas Fairbanks, playing Spanish-speaking characters (by way of English-language intertitles) in, respectively, the D.W. Griffith-directed early short Ramona – and we’re talking 1910 here, before Pickford became a superstar – and the 1920 feature The Mark of Zorro. The latter is much inferior to Rouben Mamoulian’s classy 1940 production starring Tyrone Power, but it’s worth a look for historical reasons. The Mark of Zorro, after all, was the film that turned happy-go-lucky, modern-day, all-American Douglas Fairbanks into the happy-go-lucky king of costume adventure epics of the 1920s.

Old San Francisco is great to look at, and so is its leading lady, Dolores Costello (right, that’s Drew Barrymore’s grandmother). Dramatically the film leaves something to be desired, but in addition to Costello there’s Warner Oland playing Chinese for a change, Anna May Wong also playing Chinese, and an earthquake playing havoc in the Bay Area. Don’t miss it.

Now, I’m assuming that someone somewhere will complain that Dolores Costello was an Anglo-Saxon blonde playing “Latina.” How dare she? Well, never mind that dark-haired Mexican Ramon Novarro was playing Northern European heroes at that same time. Not to mention the fact that there were – and are – lots of blond Spaniards (and descendants) – and it’s not only ignorant but downright racist to impose a particular look for their screen portrayal.

I haven’t seen Big Stakes – in fact, I hadn’t even heard of it. But H.B. Warner (Jesus Christ in Cecil B. DeMille’s The King of Kings) was always a reliable performer. Check it out. The same goes for Rouben Mamoulian’s musical Western The Gay Desperado, featuring Nino Martini and Ida Lupino. The film earned Mamoulian the New York Film Critics best director award in 1935.

A troubled, complex production – director/star Raoul Walsh was seriously injured in a road accident and had to be replaced by Irving Cummings (behind the camera) and Warner Baxter (in front of the camera); newfangled sound technology had to be applied to outdoor filming – the Fox Film Corporation’s Cisco Kid Western In Old Arizona turned out to be a major box office hit, catapulting Baxter to Hollywood stardom and eventually earning him the first Best Actor Academy Award for a talkie performance.

Billed as the first outdoor talking picture, In Old Arizona is a must-see. The film itself is weak, the performances range from awful to atrocious – Baxter and leading lady Dorothy Burgess’ Spanish “dialect” coach should have been guillotined – but the creaky Fox Western boasts a surprisingly raunchy pre-Production Code sensibility.

Baxter and Edmund Lowe’s my-gun-is-bigger-than-yours chat remains humorous – in fact, it’s much more suggestive than the similar gun-size chat found two decades later in Howard Hawks’ Red River – while the finale is hardly the sort of moralistic wrap-up one has come to expect from most Hollywood productions then or now.

The film’s credited co-director, Raoul Walsh, had been set to play the role of the Mexican-Portuguese (?!) bandido, but a road accident during filming left him blind in one eye, thus effectively ending his resurgent acting career. Irving Cummings, who’d later direct several Fox vehicles for the likes of Betty Grable and Alice Faye, finished up the film.

As a result of Walsh’s accident, Warner Baxter – who, five years later, would be pushing Ruby Keeler to stardom after diva Bebe Daniels breaks her ankle in 42nd Street – stepped in as a mid-level leading man and came out a major star following the success of In Old Arizona. 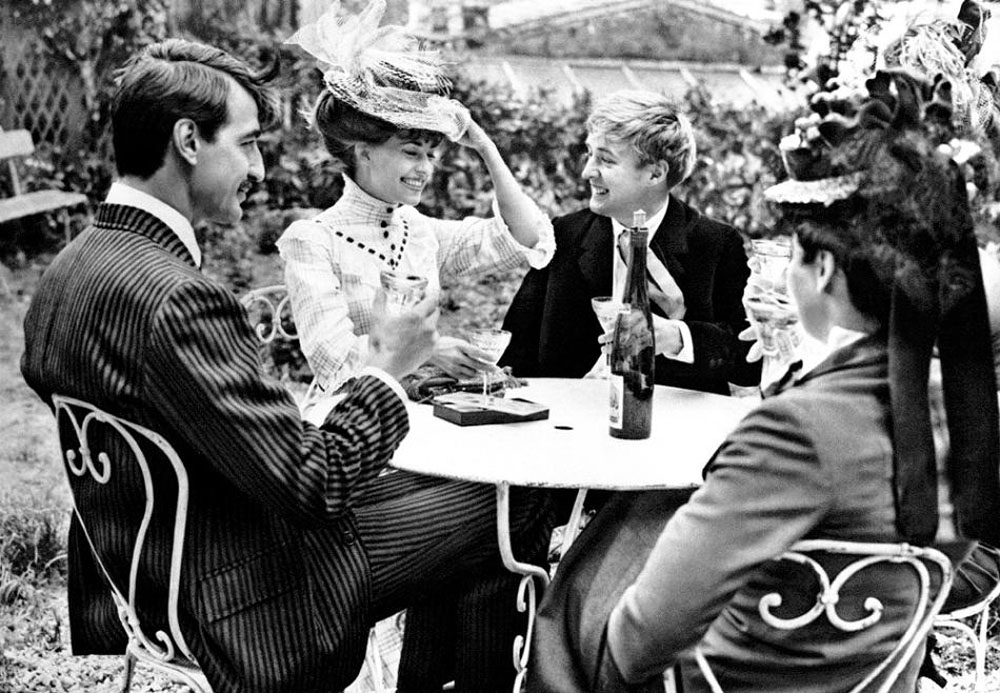 In June, Turner Classic Movies’ month-long series “Great Directors” will be celebrating the efforts of 52 films directors, from past and present, from Hollywood and overseas (though, as to be expected, mostly Hollywood).

Akira Kurosawa, Federico Fellini, Carol Reed, and Ingmar Bergman are four of the non-Hollywood filmmakers who have been included in the series.