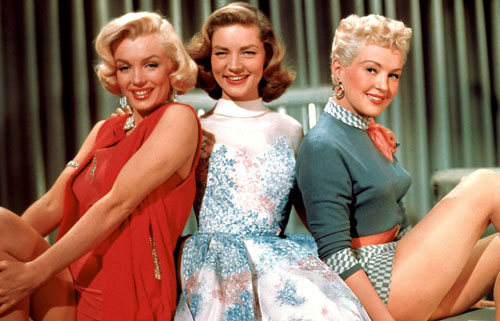 Lauren Bacall in How to Marry a Millionaire, with Marilyn Monroe and Betty Grable.

Lauren Bacall, Roger Corman, and Gordon Willis have been chosen by the Board of Governors of the Academy of Motion Picture Arts and Sciences to be the next recipients of the Academy’s Honorary Award. Additionally, producer-executive John Calley will be given the Irving G. Thalberg Memorial Award.

Previously, special awards were handed out at the Oscar ceremony, but from this year onward they will be presented at the Governors Awards ceremony. The first-ever such event will take place on Saturday, November 14, at the Grand Ballroom at the Hollywood & Highland Center.

Lauren Bacall has one Academy Award nomination to her credit: her stern mom in Barbra Streisand’s much panned (and surprisingly enjoyable) 1996 melodramatic romantic comedy The Mirror Has Two Faces. Everyone was sure that Bacall was going to win that year’s best supporting actress Oscar – which ended up going to Juliette Binoche, the de facto female lead in The English Patient.

The 85-year-old actress remains active. She has three movies scheduled to come out in 2010: Carmel, Wild Blue Yonder, and Firedog.

In addition to giving lots of employment to Vincent Price, Corman is also credited for opening the door to a number of young filmmakers, including Francis Ford Coppola, Martin Scorsese, James Cameron, Jonathan Demme and Ron Howard.

The Honorary Award, an Oscar statuette, is given to an individual for “extraordinary distinction in lifetime achievement, exceptional contributions to the state of motion picture arts and sciences, or for outstanding service to the Academy.”

The Thalberg Award, a bust of the motion picture executive, is given to “a creative producer whose body of work reflects a consistently high quality of motion picture production.”

Nearly 340 items that belonged to Ingmar Bergman are to be auctioned by Bukowskis in Stockholm on Sept. 28. Among the items are film cameras, Golden Globe awards, and the chess set that was “probably” used by Max von Sydow’s Antonius Block and Bengt Ekerot’s Death in the 1957 classic The Seventh Seal.

Also in the auction are a wooden puppet autographed by the actors featured in From the Life of the Marionettes; a portrait of Bergman taken in 1964 by American photographer Irving Penn; a puppet theater similar to the one used in Fanny and Alexander; photographs showing Bergman next to Igor Stravinsky and Bruce the Shark (from Jaws); portraits of cinematographer Sven Nykvist and actor-director Victor Sjöström; and an old suitcase covered in stickers with which Bergman traveled to Cairo and Rome.

According to various reports, Bergman had it stipulated in his will that those assets be auctioned so as to prevent them from being caught up in some “kind of emotional hullabaloo.”

As per Bukowskis spokeswoman Charlotte Bergstrom, interest has been so great that even the limited-edition Bergman auction catalog has become a collector’s item.

Ingmar Bergman died in his sleep at his home on the island of Fårö, off the coast of Sweden, in 2007. He was 89. 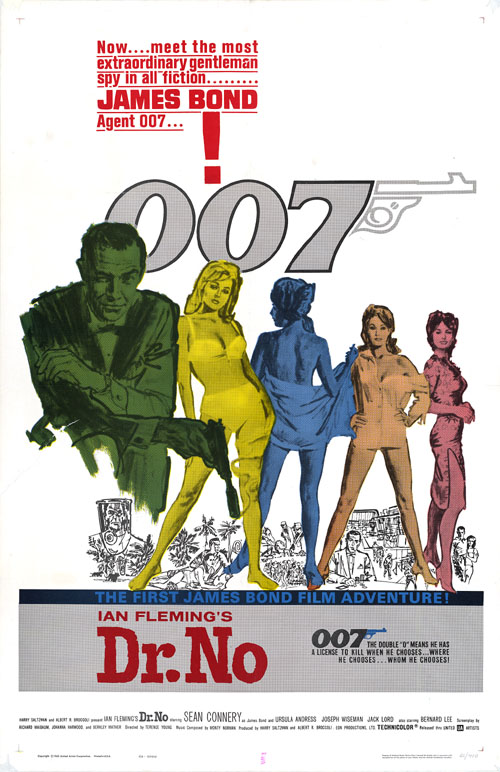 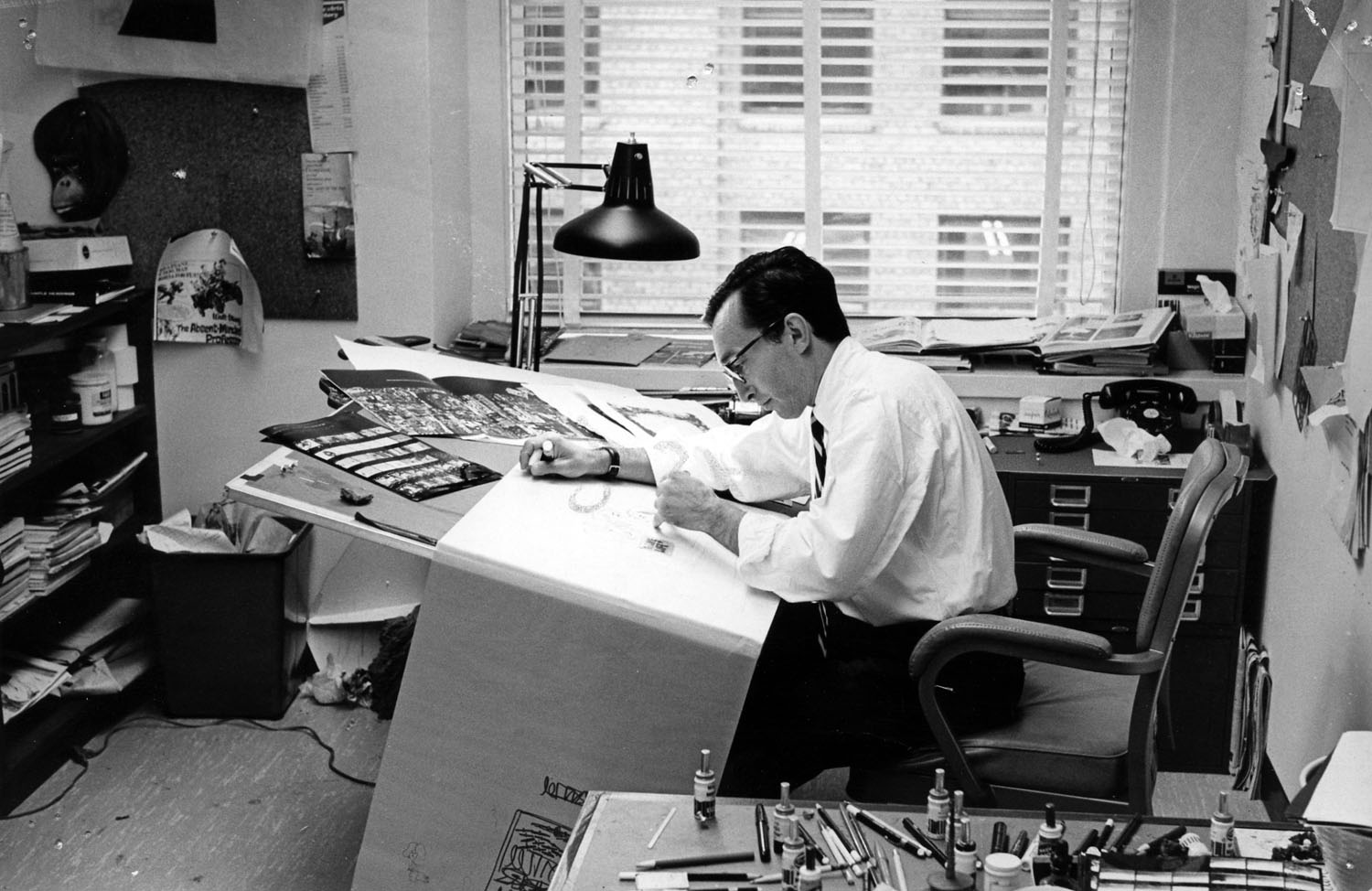 Art of the Movie Poster: From the Paul Crifo Archive

Posters for Dr. No, Ragtime, and dozens of other movies will be on display in the Academy of Motion Picture Arts and Sciences’ new exhibition, “Art of the Movie Poster: Illustrated One-Sheets and Design Concepts from the Paul Crifo Archive,” opening on Thursday, September 17, in the Academy’s Grand Lobby Gallery in Beverly Hills. Admission is free.

As per the Academy’s press release, “’Art of the Movie Poster’ will focus on the decades from the 1950s through the ‘80s, showcasing the creative process by which a finished movie poster was achieved. Each stage of the process will be represented, through reference stills, concept sketches, and hand-rendered and photographic ‘comps’ (design mock-ups incorporating graphics and text). Also featured will be many of the approved original illustrations of ‘key art.’ Multiple poster concepts will be displayed alongside the final ‘winning’ posters, which are from the collections of poster designer Paul Crifo and the Academy’s Margaret Herrick Library. This exhibition marks the first time that much of Crifo’s work will be on display for public viewing.” 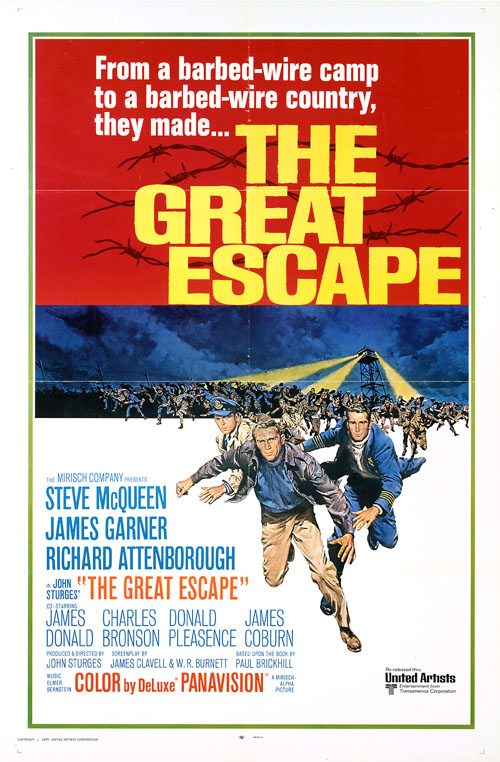 Other films represented in the exhibition include The Great Escape, In the Heat of the Night, Paths of Glory, Separate Tables, Tom Jones, Zorba the Greek, The Group, How to Succeed in Business without Really Trying, The Producers, Play It Again, Sam, A Separate Peace and Mahogany. 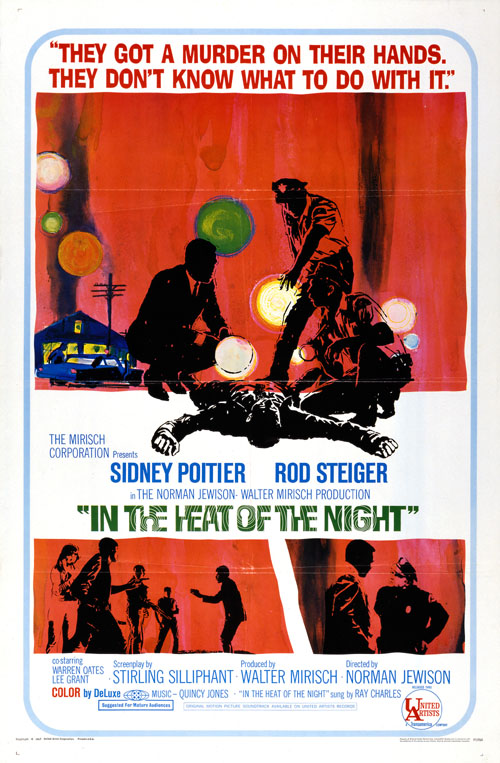 “Art of the Movie Poster” will be on display through December 13. The Academy’s Grand Lobby Gallery is located at 8949 Wilshire Boulevard in Beverly Hills and is open Tuesday through Friday, 10 a.m. to 5 p.m., and weekends, noon to 6 p.m. The gallery will be closed for the Thanksgiving holiday weekend, November 26 through 29. 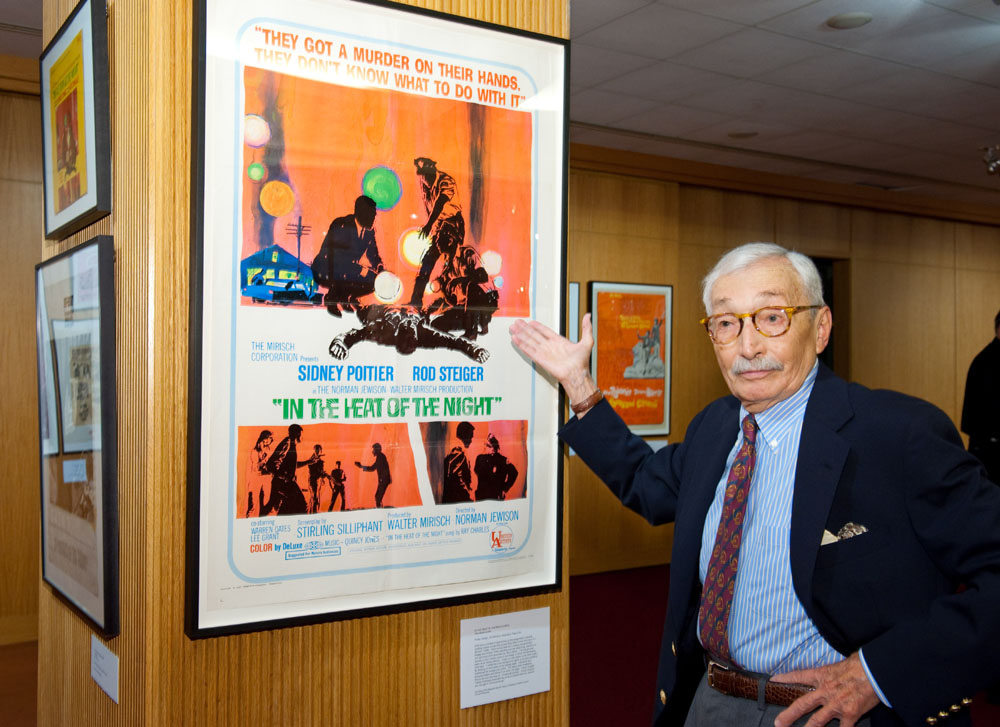 Sept. 21 update: Poster artist Paul Crifo poses in front of the In the Heat of the Night poster at the opening of the Academy of Motion Pictures Arts and Sciences’ new exhibitions “Art of the Movie Poster: Illustrated One-sheets and Design Concepts from the Paul Crifo Archive” and “Irving Thalberg: Creating the Hollywood Studio System, 1920-1936,” on Wednesday, September 16, 2009. 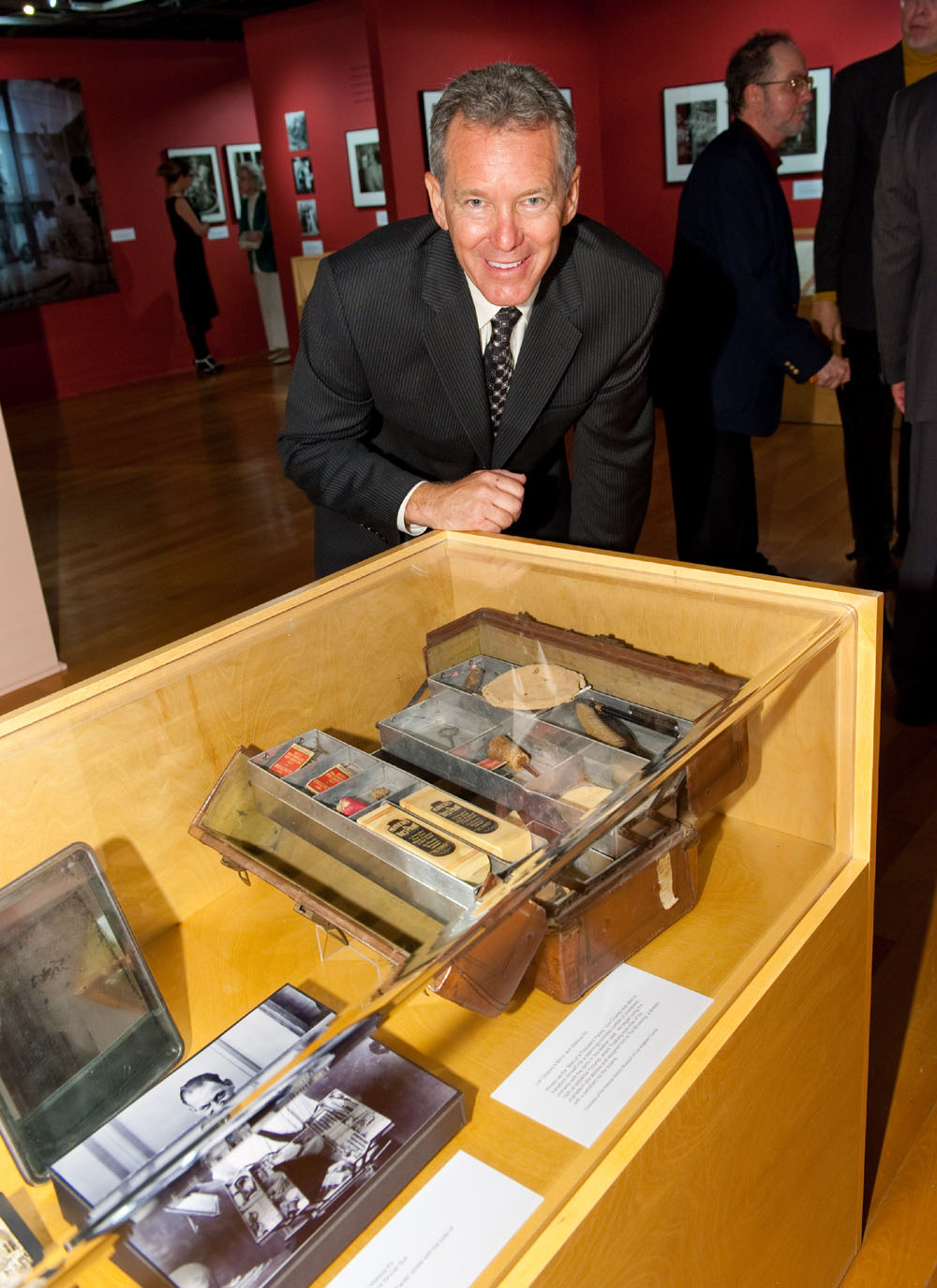 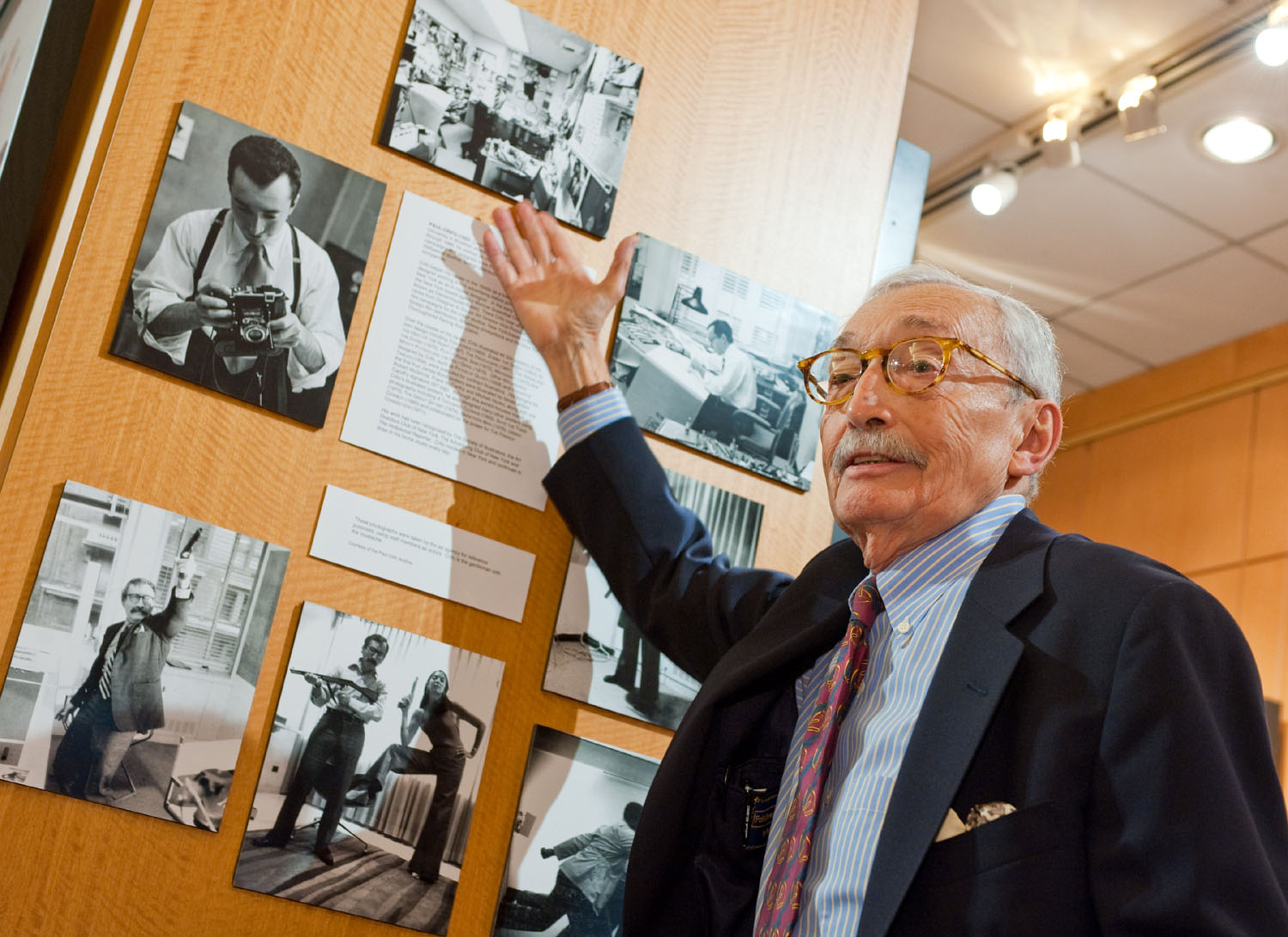 The art and craft of film editing is the topic of the Academy of Motion Picture Arts and Sciences’ four-evening seminar series “Perspectives on Editing.” Sessions will be held on three consecutive Tuesdays, September 22, September 29, and October 6, concluding on Wednesday, October 14, with a tribute to Oscar-winning editor Anne V. Coates. Each session will take place from 7 to 10 p.m. at the Academy’s Linwood Dunn Theater in Hollywood.

As per the Academy’s press release, “Perspectives on Editing” will tackle the editing of live action films, animated features and documentaries “from the perspective of motion picture editors themselves.” Each session will feature film clips and open discussions between the evening’s special guests and members of the audience.

The series schedule is as follows, with presenters subject to availability (text from the Academy’s release):

Murch, a nine-time Academy Award nominee, won Oscars for Film Editing for The English Patient (1996) and Sound for Apocalypse Now (1979) and The English Patient. His other Film Editing nominations include Julia (1977), Apocalypse Now, Ghost (1990), The Godfather: Part III (1990) and Cold Mountain (2003). He also received a Sound nomination for The Conversation (1974).

A discussion with Coates, who received her first nomination and Oscar for Film Editing for Lawrence of Arabia (1962). Since then she has received four additional nominations, for Becket (1964), The Elephant Man (1980), In the Line of Fire (1993) and Out of Sight (1998). 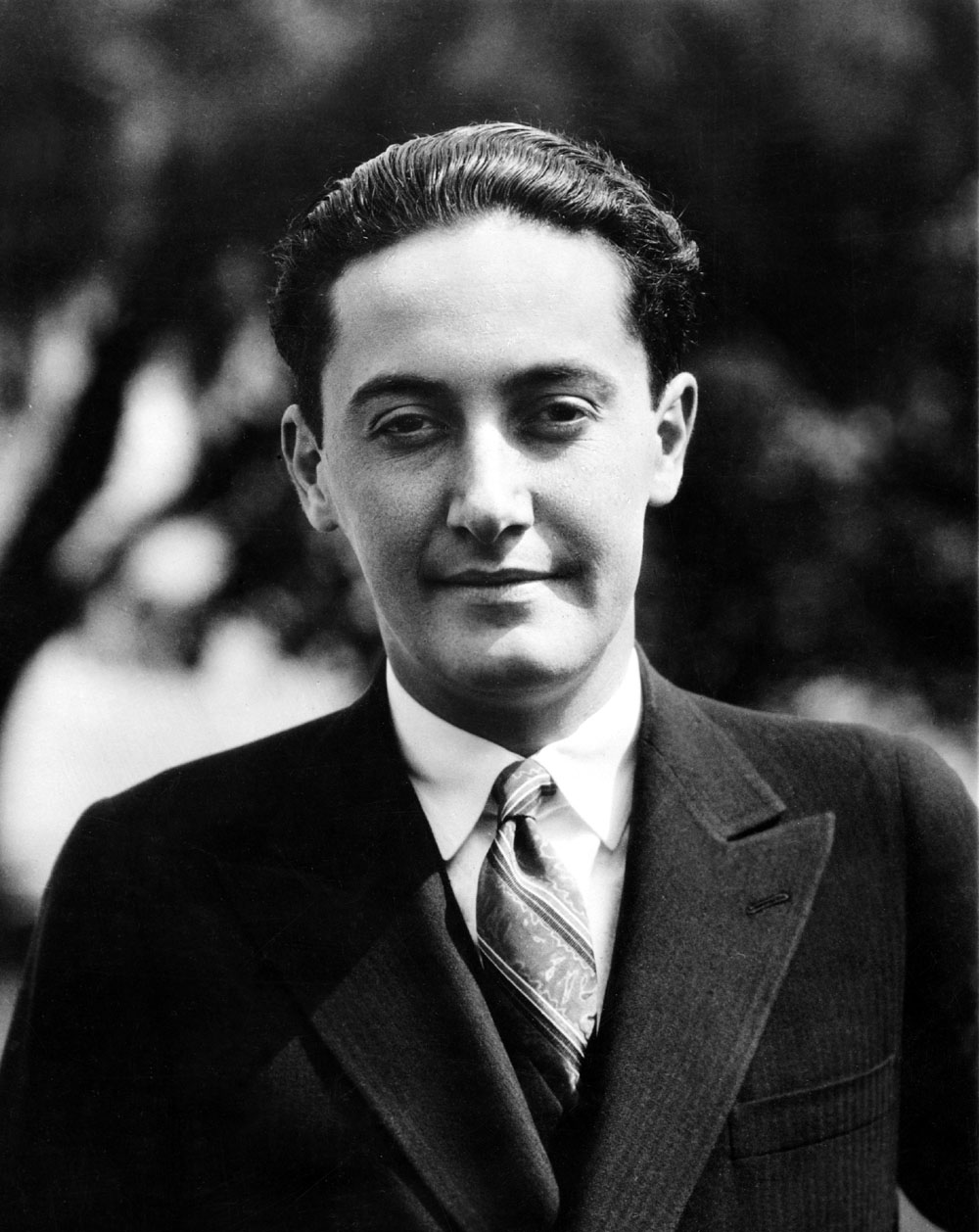 The career of legendary production executive Irving G. Thalberg – Hollywood’s “Boy Wonder” of the 1920s and early 1930s – will be explored in the Academy of Motion Picture Arts and Sciences’ new exhibition, “Irving Thalberg: Creating the Hollywood Studio System, 1920–1936,” which opens on Thursday, Sept. 17, ’09, in the Academy’s Fourth Floor Gallery in Beverly Hills.

“Irving Thalberg: Creating the Hollywood Studio System, 1920–1936” is guest curated by historian and Thalberg biographer Mark Vieira, whose Hollywood Dreams Made Real: Irving Thalberg and the Rise of M-G-M was profiled on Alt Film Guide several months ago and whose Irving Thalberg: Boy Wonder to Producer Prince is due out in early November. Admission is free. 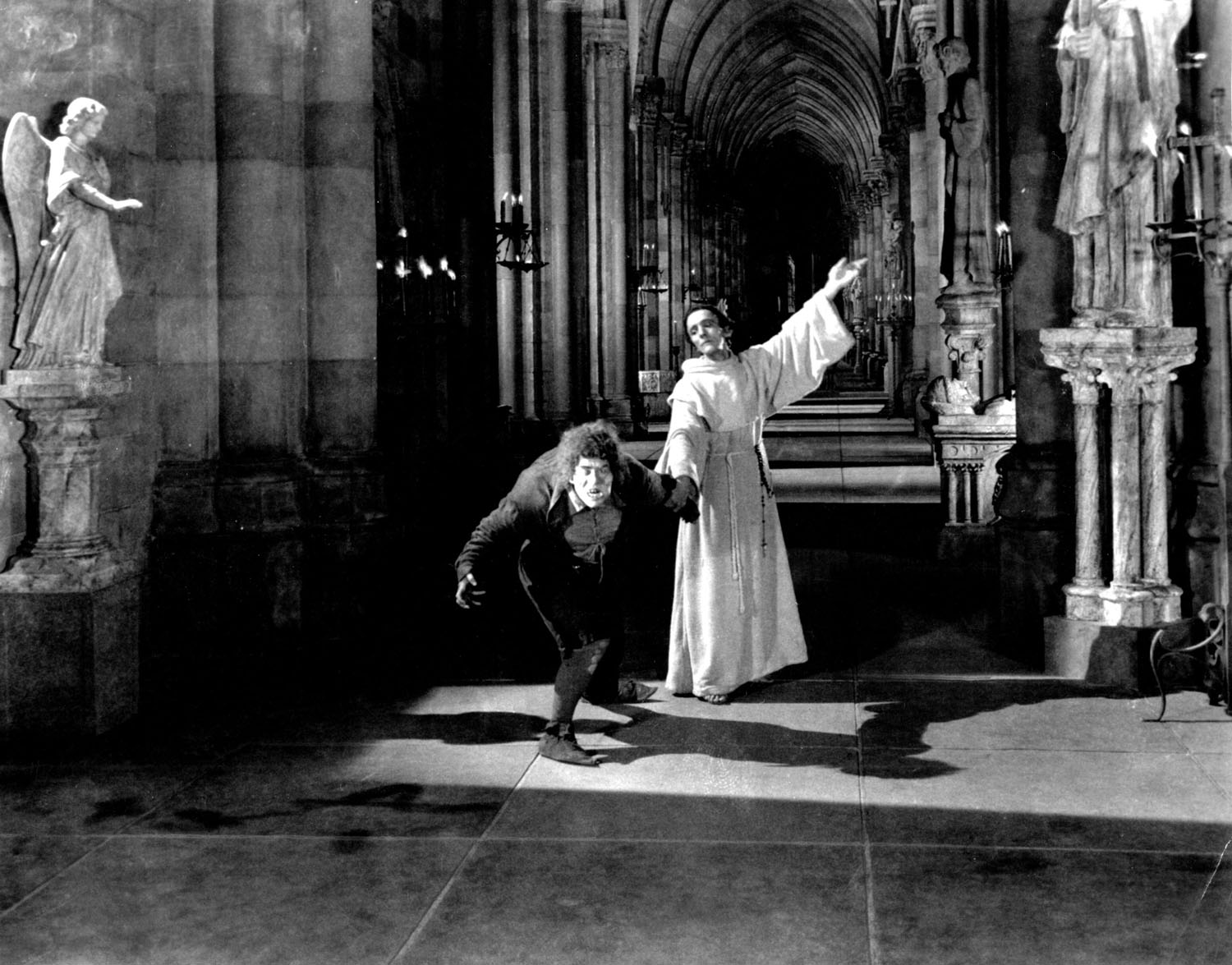 Films represented include the mammoth Ben-Hur (1925), which reportedly was the cause of Thalberg’s heart attack in the mid-1920s; the Academy Award-winning Grand Hotel (1932) and Mutiny on the Bounty (1935); and the Norma Shearer vehicles Romeo and Juliet (1936) and Marie Antoinette (1938).

Irving Thalberg (born in Brooklyn on May 30, 1899) became the general manager of Universal Studios at age 20. Three years later, he joined Louis B. Mayer at his small Los Angeles studio, Louis B. Mayer Productions, which in 1924 was merged with two larger studios – Metro Pictures and the Goldwyn production company – to form what eventually became known as Metro-Goldwyn-Mayer.

Mayer and Thalberg – whose relationship underwent a number of ups and downs – were responsible for turning MGM into the most successful film studio of that era. Thalberg himself is credited for the introduction (or revamping) of numerous studio practices, including story conferences, sneak previews and extensive retakes (Ben-Hur was a case in point). 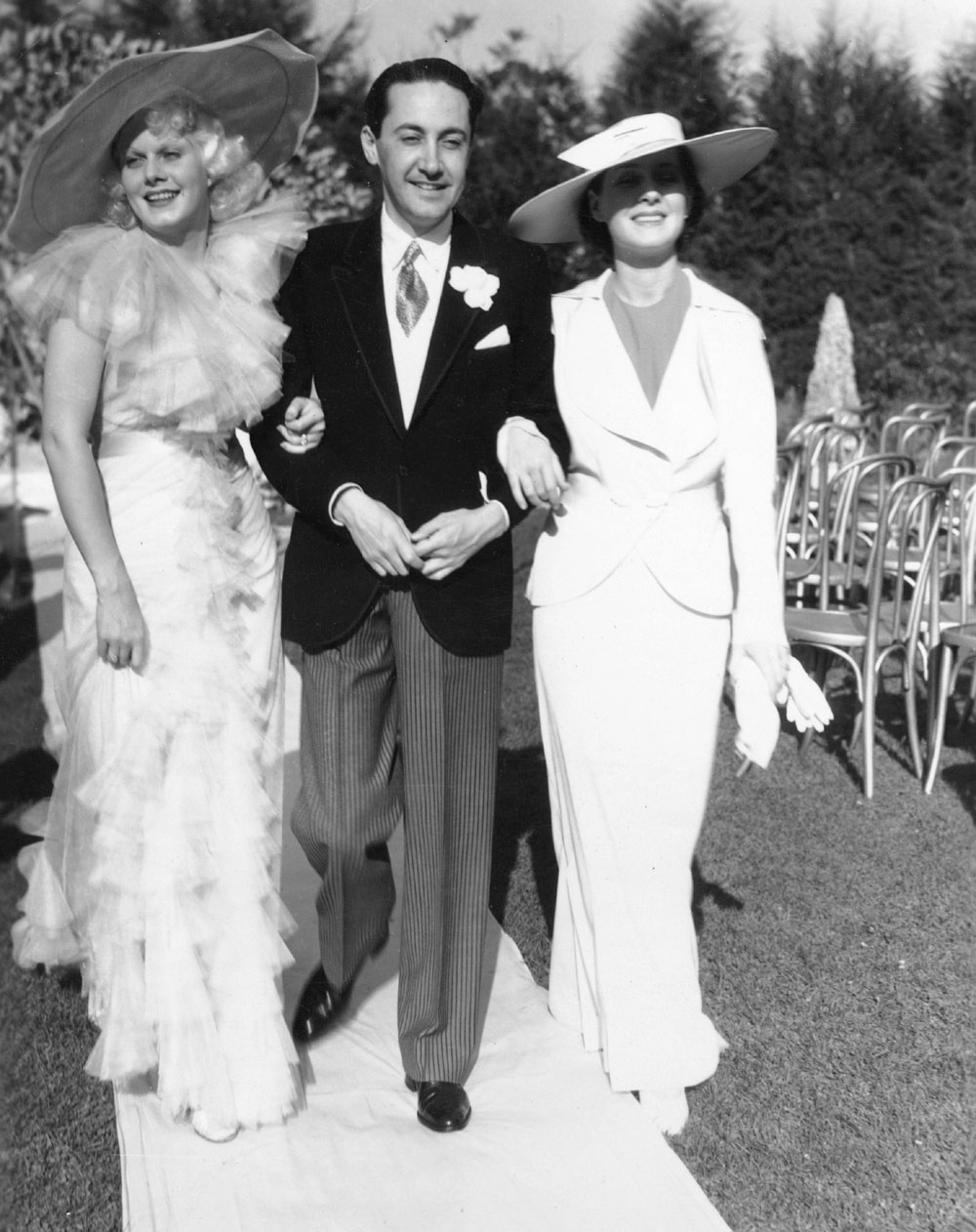 Thalberg died in September 1936 at the age of 37. Shortly afterwards, the Academy created the Irving G. Thalberg Memorial Award, which is presented periodically to producers “whose body of work reflects a consistently high quality of motion picture production.”

(At the end of Hollywood Dreams Made Real, Mark wonders about what would have happened had Thalberg gone on living: “What about the stars Thalberg groomed? Imagine where he might have taken [Jean] Harlow’s career. He might have brought her to his new company and made her the foremost comic star of the 1940s, precluding the ascendance of Lucille Ball. He might have borrowed Clark Gable and Carole Lombard for his own version of My Favorite Wife. He was planning, in fact, to remake The Hunchback of Notre Dame with Charles Laughton. …)

“Irving Thalberg: Creating the Hollywood Studio System, 1920–1936” will be on display through December 13. The Academy’s Fourth Floor Gallery is located at 8949 Wilshire Boulevard in Beverly Hills and is open Tuesday through Friday, 10 a.m. to 5 p.m., and weekends, noon to 6 p.m. The gallery will be closed for the Thanksgiving holiday weekend, November 26 through 29. 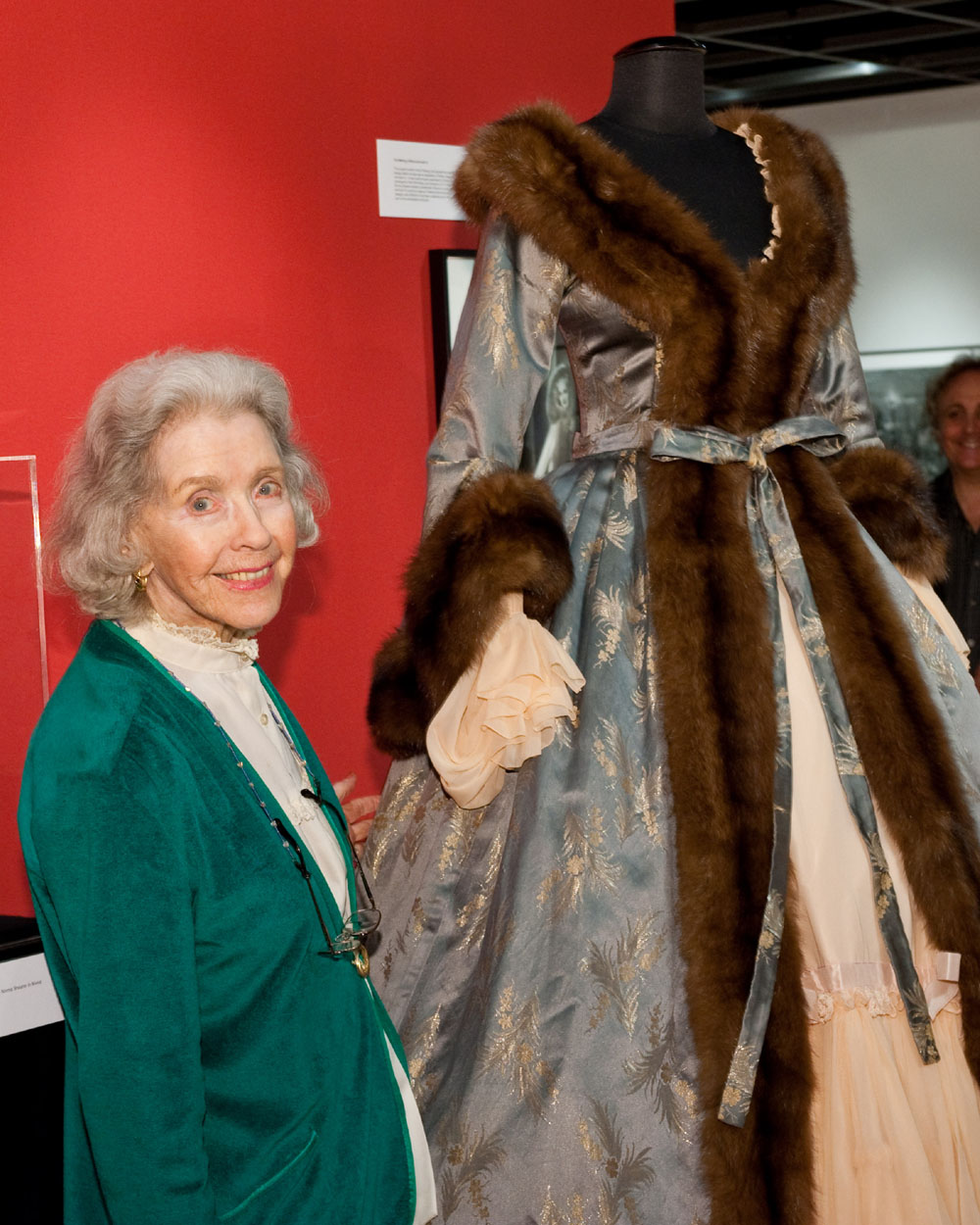 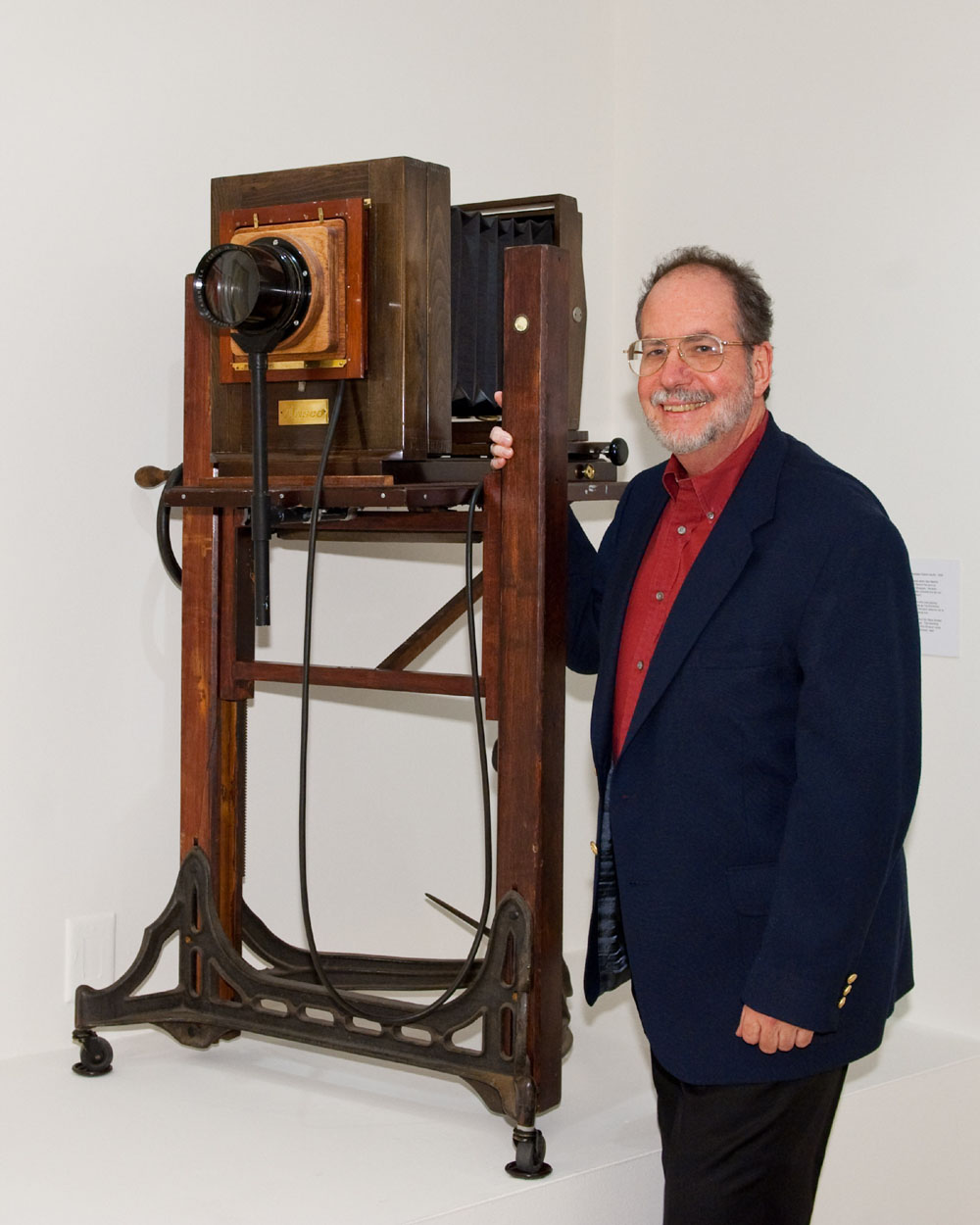 Set in occupied France during World War II, Freedom follows a Gypsy family as they travel throughout the French countryside until legal maneuvers prevent them from continuing with their nomadic ways. Not long thereafter, they are arrested and placed in an internment camp. “I have been thinking about shooting a film on the Roma Holocaust since I began making films…,” Algerian-born filmmaker Tony Gatlif says on the Montreal World Film Festival website. “It is important that those who don’t know, learn that the Roman [sic] were deported in France and in the whole of Europe. That they learn of the evil laws of 1912 (anthropometric identity cards) against the Gypsies, and the Vichy laws which forbade nomadism on French territory: those laws which led to the Nazi extermination camps.” In the Freedomcast: Marc Lavoie, Marie-Josée Croze, James Thiérrée, Rufus.

Best Actress:
MARIE LEUENBERGER for WILL YOU MARRY US? (DIE STANDESBEAMTIN) by Micha Lewinsky (Switzerland)

Golden Zenith for the Best First Fiction Feature films:
JE TE MANGERAI (YOU WILL BE MINE) by Sophie Laloy (France)

Audience Award for the most popular film of the Festival:
KORKORO (FREEDOM) by Tony Gatlif (France)

Audience Award for the most popular Canadian Feature Film:
A CARGO TO AFRICA by Roger Cantin (Canada)

I missed the California Exhibit but I hope the show will be presented in Manhattan , NY where these works were created, so my friends can see that NY Art is still alive.

Ann Rutherford and Marsha Hunt. How wonderful they look and it is great seeing them.

My uncle Paul is not only an acclaimed artist, but he is also one of the kindest, most compassionate men I have ever had the pleasure to meet.

The English Patient was a really well edited film…as was Cold Mountain [regardless of what you think of the film].