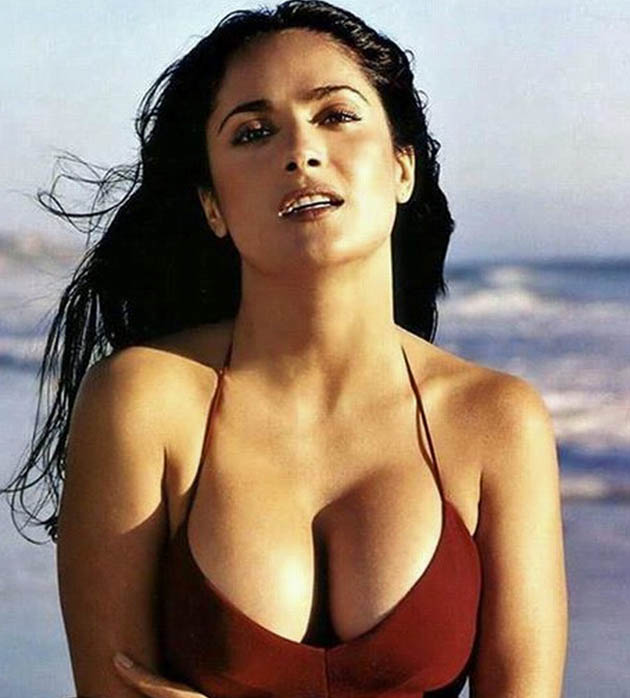 There hasn’t been much buzz about Marthe Keller’s induction into France’s Legion of Honor. Or the induction of actresses Dominique Blanc and Anny Duperey. Hardly a surprise, since the only film people that matter in the U.S. (or English-language) media are those with Hollywood careers. And that takes us to another 2012 Chevalier inductee, Mexican actress Salma Hayek, 45, whose honor has received quite a bit more U.S. media play.

For starters, Salma Hayek is a Hollywood star. Below are three of her notable – whether critically or commercially – American films.

Hayek’s other film credits include more Hollywood or semi-Hollywood productions such as Desperado, From Dusk Til Dawn, After the Sunset, Once Upon a Time in Mexico, and the animated hit Puss in Boots. Besides, she is now reportedly working on a biopic of Mexican cinema superstar María Félix (Enamorada, Doña Diabla).

Now, are Puss in Boots and one Best Actress Oscar nod enough to warrant Legion of Honor “membership”?

Salma Hayek’s inclusion on this year’s Legion of Honor roster has been criticized by those asserting that French president Nicolas Sarkozy is using the ceremony for political gain in an election year. Hayek’s father-in-law, François Pinault, the founder of PPR (the French owner of Gucci and Puma, among other businesses), will also be inducted as a Grand Officer.

Hence, Hayek will be this year’s Legion of Honor Beauty; Pinault, the Legion of Honor Bosom Buddy Billionaire. After all, the business magnate is a close friend of Sarkozy – who, three years ago, legion-honored the judge who pronounced his divorce from his then wife, (now known as) Cécilia Attias.

But in all fairness, Nicolas Sarkozy is hardly the only French president to have bestowed the Legion of Honor honor for the sake of his own popularity and/or private/political interests. For instance, in a calculated populist move, in 1998 Jacques Chirac decided to honor the French soccer team after their winning the World Cup.

Those who believe Hayek deserves the honor emphasize her charity work, her support for women victims of domestic violence, and the fact that she has been a UNICEF ambassador since 2008.

And finally … Among those whom honoree Salma Hayek will not be joining in the Légion d’Honneur Hall of Fame are Marie Curie, Pierre Curie, Claude Monet, George Sand, Guy de Maupassant, Simone de Beauvoir, Jean-Paul Sartre, and Albert Camus. These were some of the would-be inductees who refused to accept the French government’s Honor. 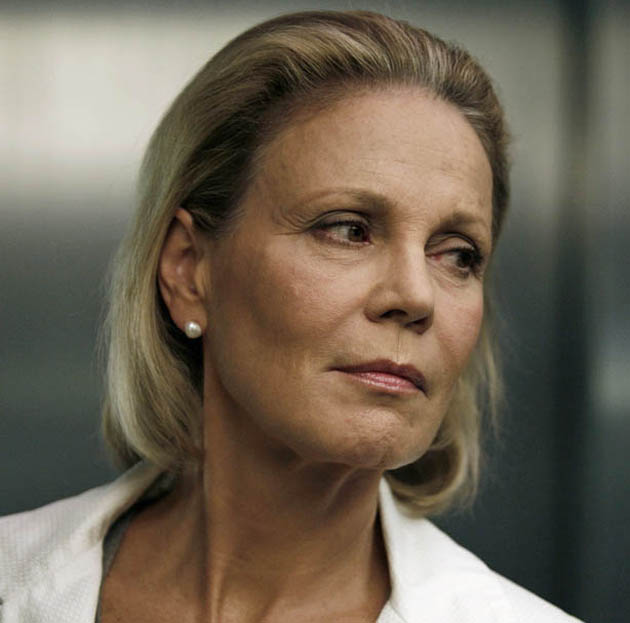 Marthe Keller: Actress in more than 40 movies – among them And Now My Love and Marathon Man – to become Legion of Honor chevalier.

Veteran actress Marthe Keller, among whose film credits are Claude Lelouch’s And Now My Love and John Schlesinger’s Marathon Man, will be inducted as a chevalier (“knight”) in the French Legion of Honor, a civilian distinction that has been around since the days of Napoleon Bonaparte in the early 1800s.

Born in Basel, Switzerland, Keller – whose dream of becoming a professional dancer was shattered by a skiing accident – will turn 67 in about three weeks (Jan. 28, ’12). In the last 45 years, she has appeared in more than 40 films, both in leading and supporting roles.

Apart from the aforementioned – ludicrous but financially successful – Marathon Man (1976), in which the Best Supporting Actress Golden Globe nominee was featured opposite pacifist New Yorker Dustin Hoffman and sadistic Nazi Laurence Olivier, Keller had little luck in her several Hollywood try-outs in the late ’70s.

April 2016 update: Referring to Truman Capote’s “Unspoiled Monsters,” Keller would tell Télérama magazine that she met many such creatures during her Hollywood sojourn.

“The worst of which, by far, was Billy Wilder,” she recalled. “Of course, who am I to dare criticize such a genius? Whatever. This genius made me suffer like no one else in the world. He came to see me one evening, a screenplay under his arm. ‘It’s for you! You’re the only one who can play Fedora…’ And that’s when my private hell began. Each syllable, each gesture were measured in millimeters.”

She added that upon its release Fedora brought her the “most scathing reviews of her life. Today, the film is a classic. They even find me appropriate…” 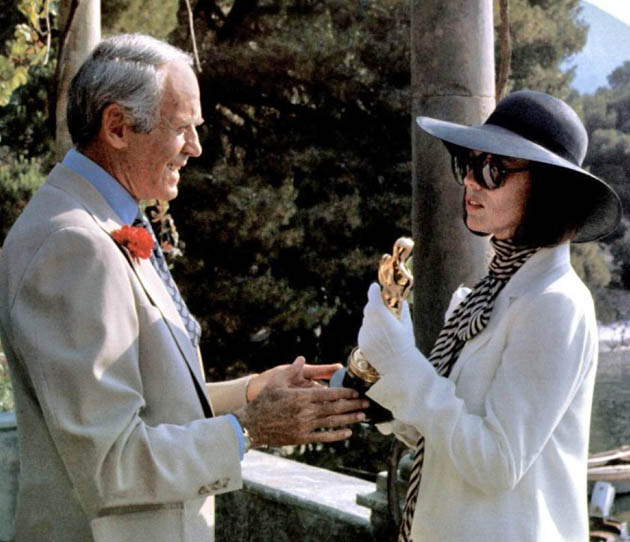 At least when it comes to movie awards, Marthe Keller had better luck far away from the Hollywood studios.

In addition to the romantic tale And Now My Love / Toute une vie (1974), a Best Original Screenplay Oscar nominee that has inspired movies as disparate as Krzysztof Kieslowski’s Red and Nora Ephron’s Sleepless in Seattle, Keller herself was shortlisted for awards for her performances in:

Best Supporting Actress Swiss Film Prize winner for playing a woman in the throes of Alzheimer’s.

And, on French television, the 1972 hit La ­Demoiselle d’Avignon…, which made her a star in France. In the miniseries she plays a princess from the country of Kurland, having a long-distance relationship of sorts with a local Avignon archeologist (Louis Velle): he goes to Kurland looking for her, she comes to Avignon looking for him.

In recent decades, Keller has also become a “speaker” in classical music presentations and an opera director. As a speaker, she played Joan of Arc in the oratorio Jeanne d’Arc au Bûcher of Arthur Honegger, recited the spoken role in Igor Stravinsky’s Perséphone, and toplined Michael Jarrell’s Cassandre, adapted from Christa Wolf’s novel as a star vehicle for her.

Her credits as an opera director include Dialogues des Carmélites for Opéra National du Rhin in Strasbourg, Lucia di Lammermoor for the Washington National Opera and the Los Angeles Opera, and Don Giovanni for New York City’s Metropolitan Opera.

In the early 1970s, Marthe Keller was in a relationship with filmmaker Philippe de Broca, whose credits include The Man from Rio (1964), with Jean-Paul Belmondo and Françoise Dorléac, and Le Magnifique (1973), with Belmondo and Jacqueline Bisset.

Keller has never been married “to avoid the violence of divorce.”

Adapted by Jacquot and Gilles Taurand from Chantal Thomas’ novel, Farewell, My Queen is set during the first days of the French Revolution, as seen from the perspective of the servants at Versailles. The synopsis below is from the Berlin Film Festival website:

Versailles in July 1789. Unrest is growing in the court of King Louis the XVI (Xavier Beauvois). The people are rebelling – a revolution is imminent. Behind the facades of the royal palaces, everyone is thinking of fleeing, including Queen Marie Antoinette (Diane Kruger) and her entourage. Among her ladies-in-waiting is Sidonie Laborde (Léa Seydoux) who as the Queen’s reader has become quite intimate with her. With great amazement, Sidonie experiences the first hours of the French Revolution.

In addition to serving as the Berlinale’s opening night gala presentation, Farewell, My Queen will also be in the running for the 2012 Golden Bear. As announced previously, Meryl Streep will receive this year’s Honorary Golden Bear. 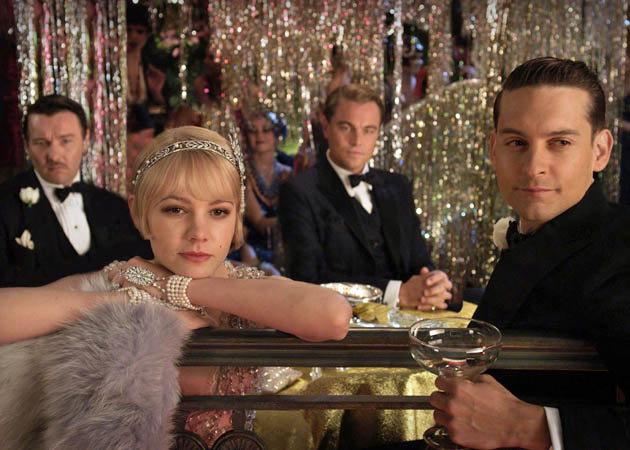 Tobey Maguire and Carey Mulligan at the forefront of ‘The Great Gatsby,’ with Leonardo DiCaprio and Joel Edgerton in the background: Serious cast in hip and heavy drama.

In Baz Luhrmann’s upcoming film adaptation – co-written with Craig Pearce – of F. Scott Fitzgerald’s classic 1920s novel The Great Gatsby Leonardo DiCaprio (he of Titanic, The Aviator, and Inception fame) plays the titular filthy rich party host Jay Gatsby, who has an adulterous affair with the married Daisy Buchanan (Carey Mulligan), whose brutish husband, Tom (Joel Edgerton), also happens to be having a fling with another woman, the low-class Myrtle (Isla Fisher).

As Nick Carraway, the narrator who also happens to be more than a tad infatuated with the ruggedly mysterious Gatsby, former Spider-Man Tobey Maguire tries to keep all the different affairs straight, so to speak.

Leonardo DiCaprio, Tobey Maguire, Carey Mulligan (An Education, Shame), and Joel Edgerton (Animal Kingdom, Warrior) can all be seen in the recently released The Great Gatsby image above. Missing in action is Isla Fisher (Confessions of a Shopaholic, Wedding Crashers). Understandably so, as the setting is much too glamorous for her character.

There have been three previous big-screen Hollywood version of F. Scott Fitzgerald’s novel. The first one, which came out during the silent era, was directed by Herbert Brenon in 1926. More than two decades later, Brenon’s now lost silent was followed by Elliott Nugent’s much altered 1949 version and, a quarter of a century later, by Jack Clayton’s more straightforward take on the novel in 1974.

Baz Luhrmann’s The Great Gatsby is set to open on Dec. 25. The period drama will be Leonardo DiCaprio’s second major 3D release this year, as James Cameron’s 3D-converted Titanic, costarring Kate Winslet and Gloria Stuart, opens in the spring.

Jacob Ortiz is my Neices son and we are so proud of him and I just want to say ” Thank You ” for the chance you gave Jacob. Sincerely, Eva Callicutt, Nampa , Idaho

Working opposite. Alice Braga has been a highlight of my career. Jacob Ortiz as my grandson was fun. I’ll use him in my movie, the Deadliest Gun.

I’m so excited to see this! Do we have US dates yet?