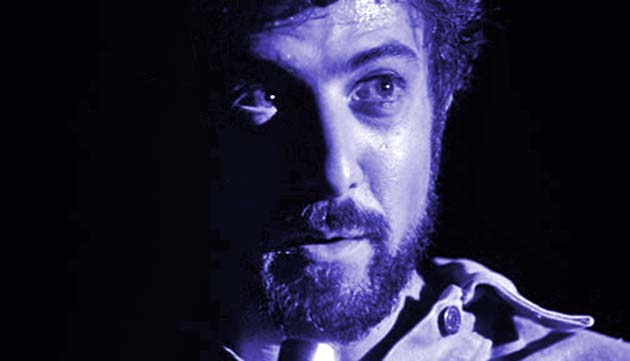 Bob Fosse’s 1974 biopic Lenny has two chief assets: the ever relevant free speech issues it raises and the riveting presence of Valerie Perrine. The film itself, however, is only sporadically thought-provoking or emotionally gripping; in fact, Lenny is a major artistic letdown, considering all the talent involved and the fertile material at hand.

After all, much more should have come out of a joint effort between director Fosse, fresh off his Academy Award win for Cabaret; playwright-screenwriter Julian Barry, whose stage version of Lenny earned Cliff Gorman a Tony Award; two-time Best Actor Oscar nominee Dustin Hoffman (The Graduate, Midnight Cowboy); and cinematographer Bruce Surtees (Play Misty for Me, Blume in Love).

Their larger-than-life subject? Lenny Bruce, the stand-up comedian who became one of the top representatives of the anti-Establishment movement of the 1950s and 1960s.

Rags to riches to rags cliché

Julian Barry’s mostly conventional screenplay follows the old pattern of the entertainer who goes from rags to riches to rags, with added touches of post-mortem Citizen Kane-like interviews. Thus, we initially follow the rising trajectory of the brazenly Jewish stand-up comic Lenny Bruce (born Leonard Alfred Schneider), from his days as a second-rate entertainer telling lousy jokes to half-asleep audiences to his unexpected success as a counterculture icon thanks to his trademark mix of mordant social commentary and hair-raising expletives.

At about that time, Lenny’s career hits a snag when government authorities actively hound him for his “obscene” humor. At first, Lenny fights back, but as the pressure – and the financial burden – mount, the increasingly neurotic and self-destructive entertainer lets himself fall ever further into his own private hell.

Lenny, in fact, implies that Bruce’s death at age 40 was a suicide caused by the Establishment’s unrelenting persecution.[1]

Unfortunately, Citizen Kane influence or no, Lenny‘s moments of innovative storytelling are few and far between, while profound insights into Lenny Bruce’s character are almost nonexistent.

For instance, never does either Bob Fosse or Julian Barry raise the issue that the film’s victimized antihero became rich as a preacher who sermonized against the inequalities and hypocrisies of American society; a preacher who then squandered his money on lavish cars and homes, plus heroin, cocaine, and assorted mind-altering substances.

Additionally, numerous narrative points are either unexplained or poorly developed, such as the extent of Bruce’s drug abuse (it’s not clear if he ever sobered up during the last ten years of his life), the comedian’s relationship with his daughter (shown only briefly), and his eclectic “romantic” life (which is only hinted at).

Most importantly, Lenny never makes it clear whether Bruce’s appeal was mostly a result of the shock-value of his jokes or a response to the messages they conveyed. 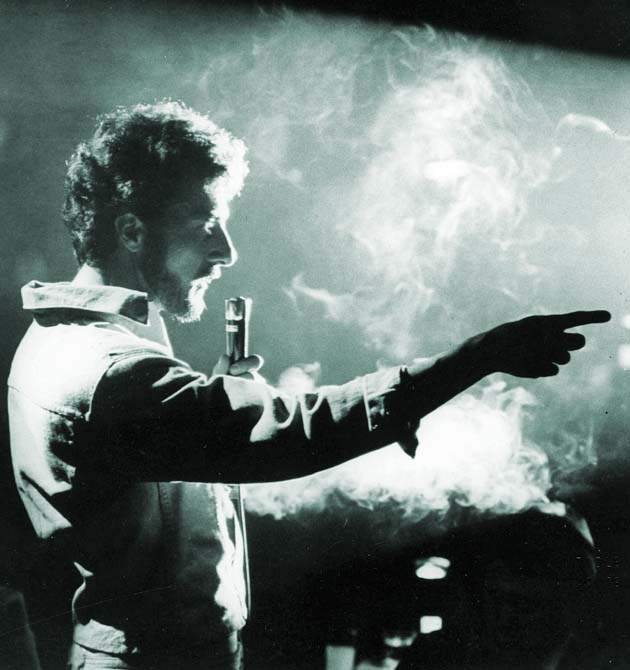 Another crucial problem is the casting of Dustin Hoffman in the title role.[2] The highly cerebral Hoffman effectively brings to life Lenny Bruce the obsessive neurotic, but almost invariably fails when attempting to bring to life Lenny Bruce the stand-up comedian. True, Lenny is not a comedy, but its subject is a comedian. And comedians are called “comedians” because they are supposed to be funny.

In the film, nightclub audiences do laugh at Lenny’s jokes, but I was left with the impression that those people were merely responding to cue cards. With the exception of a sketch in which Hoffman / Bruce cracks jokes about “blah-blah-blahing” – a euphemism for cock sucking – the humor in Lenny‘s comedy acts falls dismally flat.

Bob Fosse’s direction: ‘Too heavy or too squeamish’

And if Alan Heim’s editing is generally excellent, the narrative comes to a grinding halt whenever Fosse’s self-indulgence takes over. Honey’s striptease show in the beginning of the film, for instance, seems to last longer than all of Liza Minnelli’s Cabaret musical numbers put together.

Near the end, when we’re in the “back-to-rags” chapter of Lenny, Fosse forces us to watch a (purposely) horrendous “comedy” act – actually a reading of Bruce’s court hearings – in which Dustin Hoffman is filmed from above and at long range. The director wants to make us squirm as we watch Lenny disintegrate before our eyes, and most viewers will likely squirm – but out of sheer boredom.

Fosse’s direction is clear and focused only when the film’s anti-censorship theme comes to the fore. Lenny vibrates with pathos and intelligence – and at times even humor – whenever its antihero, whether in courtrooms or nightclubs, exposes the hypocrisy of mainstream American society (an equally valid point for societies elsewhere). In one instance, he talks about Zsa Zsa Gabor making loads of money for shows in Nevada, a state where teachers earn $6,000 a year. Now, that is obscene, he says. And who in their right mind could disagree?

Of course, many would also find Lenny Bruce’s expenditures on drugs obscene, especially when compared to the yearly $6,000 earned by Nevadan teachers. The Lenny filmmakers, however, opt to look the other way in that matter.

Censorship and social hypocrisy continue to walk hand in hand

Although some commentators have asserted that things in the United States have changed radically in the last 40 or 50 years – pointing out the release of Lenny itself as an example – much remains just as it was in Bruce’s day.

If Lenny Bruce – or fellow ’50s and ’60s rabble-rouser Allen Ginsberg – were to go on national radio or television to talk about the same old issues while using the same old four-letter words and/or the same old sexually graphic themes, they would still have the government and both the Traditional Family Values and the politically correct crowds on their tails.

At the beginning of the 21st century, while political leaders were lying about the imminent threat of (nonexistent) weapons of mass destruction, which resulted in war and hundreds of thousands of deaths, it was the nationally televised (near-)bare breasts of a pop singer that led to cries of obscenity from the guardians of American morality.[3]

To paraphrase Lenny Bruce: You still can’t see bare breasts – let alone male genitalia – in most of the mainstream American media, including popular social media venues. If you do, there’ll be an uproar unless, of course, they’ve been maimed. Or at the very least thoroughly pixelated.

[1] In December 2003, New York governor George Pataki pardoned Lenny Bruce for his 1964 obscenity conviction. It was the first posthumous pardon in New York state history – one that took place nearly four decades after Bruce’s death on Aug. 3, 1966, in Hollywood.

[2] Neil Diamond tested for the role of Lenny Bruce. The project was in gestation for years.

[3] Janet Jackson suffered an acute case of wardrobe malfunctioning while singing and dancing with Justin Timberlake at the 2004 Super Bowl. Besides lawsuit threats by those who find a woman’s bare breasts obscene, the Federal Communications Commission (FCC) fined CBS a record $550,000. The network appealed and the fine was ultimately voided in 2011. 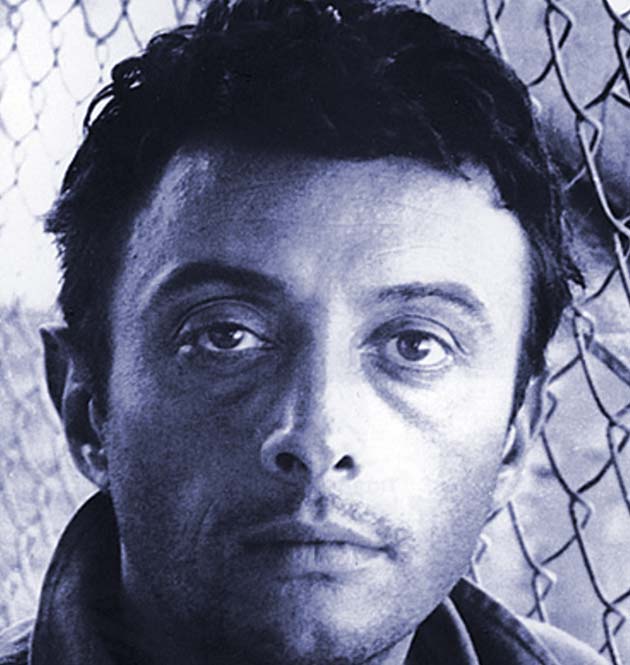 As found on the IMDb, Bruce also wrote and acted in a handful of low-to-no-budget movies in the ’50s:

Curiously, Allen Ginsberg has been a much more popular movie character than Lenny Bruce. Ginsberg portrayals on film include:

Lenny cast info via the IMDb.

LGBT Pride Movie Series: From Rudolph Valentino to the Rise...

What’s the Highest Grossing Comedy Ever? That Depends on How...

Lenny the character did admit in one of his routines that he was a hustler himself … I think it was right after the part about how much a school teacher makes on an annual salary in Nevada … maybe you wanted him to balance out his sermonizing with more admission that he was a decadent sort of person, but seems unfair to leave out the little part where he did (since it’s such a hobby horse of yours)