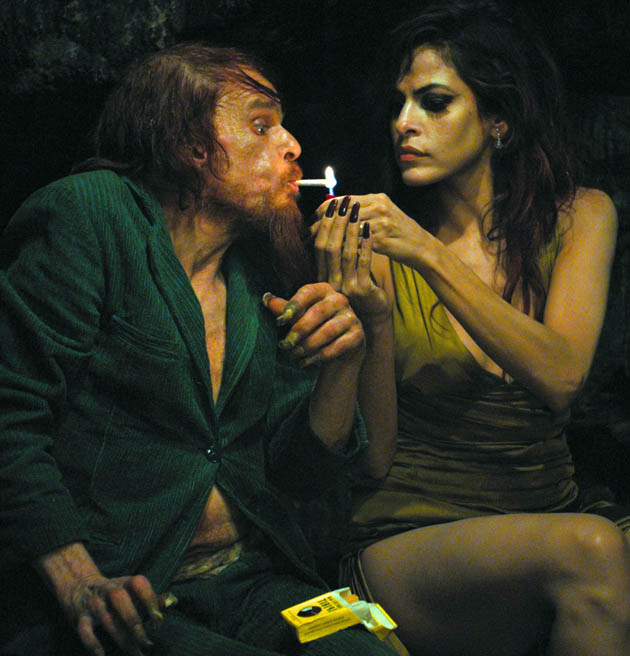 The Online Film Critics Society has announced its list of 2012 nominees; as usual, included are several unusual choices. Really, Leos Carax? Equally interesting are the omissions. (See further below the full, updated list of the Online Film Critics’ nominations and winners.)

Jafar Panahi’s This Is Not a Film and David Gelb’s Jiro Dreams of Sushi are among the Best Documentary contenders, but not New York Film Critics winner The Central Park Five or U.S. critics’ groups favorite Searching for Sugar Man.

In the Best Director category, Leos Carax is in; Steven Spielberg is out. Holy Motors’ Denis Lavant is in the running for Best Actor, but Silver Linings Playbook‘s Bradley Cooper and Amour‘s Jean-Louis Trintignant are out.

More surprises: Leonardo DiCaprio out, ‘The Cabin in the Woods’ in

Joss Whedon and Drew Goddard’s original screenplay for the horror flick The Cabin in the Woods is another contender, but Michael Haneke’s for Amour isn’t – nor, for that matter, is Leos Carax’s screenplay for his Best Picture and Best Foreign Language Film nominee Holy Motors.

In the Best Adapted Screenplay category you’ll find David Cronenberg for the relatively little-seen Robert Pattinson star vehicle Cosmopolis and Andy and Lana Wachowski, and Tom Tykwer for the costly Tom Hanks-Halle Berry box office misfire Cloud Atlas. But missing in action are David O. Russell for Silver Linings Playbook, David Magee for Life of Pi, and, why not, Nanni Moretti for We Have a Pope.

The Online Film Critics winners will be announced on Jan. 17.

Among the other winners were Best Actor Daniel Day-Lewis for Lincoln, Best Actress Jessica Chastain for Zero Dark Thirty, and Best Director Paul Thomas Anderson for The Master.

Best Documentary
Bart Layton’s The Imposter.
Kirby Dick’s The Invisible War.
David Gelb’s Jiro Dreams of Sushi.
Lauren Greenfield’s The Queen of Versailles.
* Jafar Panahi’s This Is Not a Film.

Special Award
Mojtaba Mirtahmasb & Jafar Panahi’s This Is Not a Film.

The Sessions with John Hawkes and Helen Hunt. This awards season, the recently formed Nevada Film Critics Society made a couple of unusual choices in the acting categories: John Hawkes as Best Actor and Helen Hunt as Best Actress (tied with Jennifer Lawrence in Silver Linings Playbook) for their performances as, respectively, a physically disabled virgin and a “sex surrogate” in screenwriter-director Ben Lewin’s The Sessions. Both John Hawkes and Helen Hunt also received Golden Globe and Screen Actors Guild Award nominations – with Hunt shortlisted in the Best Supporting Actress category.

Ben Affleck’s political thriller Argo, about the rescue of six would-be U.S. hostages in Iran in 1980, was chosen as the Best Film of 2012 by the Nevada Film Critics Society.

Affleck, who also stars in the film, had to share Best Director honors with the director of another political thriller pitting U.S. agents against Islamic radicals: Kathryn Bigelow, for the controversial Zero Dark Thirty, about the hunt for Osama bin Laden.

Surprisingly, SAG Award and Golden Globe nominee John Hawkes was voted Best Actor for his performance as a disabled man (and virgin) who hires a “sex surrogate” in Ben Lewin’s The Sessions.

Hawkes’ co-star, Helen Hunt (Best Actress Oscar winner for As Good as It Gets, 1997), who has been usually shortlisted in the Best Supporting Actress category this awards season, shared Best Actress honors with Jennifer Lawrence for David O. Russell’s Silver Linings Playbook.

In the supporting categories the winners were Tommy Lee Jones as Thaddeus Stevens and Sally Field as Mary Todd Lincoln in Steven Spielberg’s Lincoln, which also won for Best Ensemble Cast.

Tom Holland was cited in the Best Youth Performance category for his work in Juan Antonio Bayona’s The Impossible, starring Ewan McGregor and Naomi Watts. As it happens, the tsunami/family drama is by far Spain’s biggest box office hit of 2012: $52.99 million vs. runner-up The Twilight Saga: Breaking Dawn – Part 2 with $27.95 million. 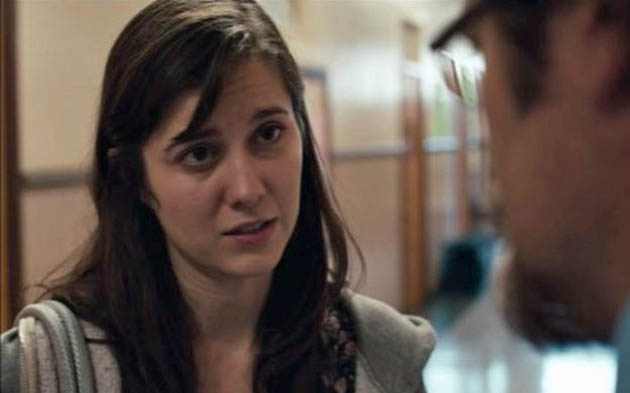 Oscar voters must scramble to watch ‘For Your Consideration’ contenders

From Smashed to The Dark Knight Rises. According to a list compiled by Academy of Motion Picture Arts and Sciences member Ken Rudolph, about 60 movies have been shipped to the 6,000-strong Academy members for Oscar 2013 consideration. Well, assuming that if Rudolph has been getting these DVDs, the other members have been getting theirs, too.

There are a few curiosities: Ang Lee’s Life of Pi was received only on Christmas Eve. In other words, if Rudolph isn’t an exception, then Academy members better watch that movie fast, as the last day of voting is Jan. 4 [Update: The Academy has announced a one-day extension.]

Strangely, Joss Whedon’s The Avengers, the year’s biggest blockbuster, is not on Rudolph’s list. Nor is Bill Condon’s The Twilight Saga: Breaking Dawn – Part 2 or Marc Webb’s The Amazing Spider-Man. But other big hits with Oscar chances in various categories are included:

Also worth noting is that all the major Oscar contenders seem to be on the list. In addition to the aforementioned titles, there are:

Oscar savvy The Weinstein Company has five movies on the list. Besides Silver Linings Playbook and Django Unchained, in November/early December TWC sent out:

Sony Pictures Classics has been no slacker, either: seven movies on the list. These are the aforementioned Amour and West of Memphis, in addition to:

eOne Films: ‘A Late Quartet’ in, ‘Cosmopolis’ out

In case Rudolph’s list is complete, then eOne Films made an interesting – and telling – choice. It sent out DVD copies of Yaron Zilberman’s little-seen but well-received drama A Late Quartet, toplining Philip Seymour Hoffman and Christopher Walken, but not of David Cronenberg’s Cannes Film Festival entry Cosmopolis, starring Robert Pattinson.

Anyhow, that surely would come as no surprise to David Cronenberg, who told Movieline:

“Every year I try to be as disconnected as possible [from the Academy Awards]. This year it’s been very easy because we haven’t been nominated for any awards. It’s not sour grapes, it’s not compensation; it’s a relief. It’s very easy to get caught up in it if you are nominated. The people who are releasing the movie get excited, they want you to do more, and you understand it because the awards can maybe get more people to see the film. This, on its face, is a good thing. However, it is all bullshit, it is all annoying and it is all very problematical.”

In related Oscar 2013 news, the Academy of Motion Picture Arts and Sciences has announced that 282 feature films are eligible for next year’s Academy Awards in the Best Picture and other “regular” categories.

Since this marks the first time the Academy has set up electronic voting, it’s providing “assisted voting stations” in Los Angeles, New York, and London, in addition to a 24-hour support call center during voting periods (the second round of voting will be for the winners).

The 2013 Oscar nominations will be announced on Jan. 10. The Oscarcast will take place on Feb. 24.

I am soooo glad Robert Pattinson had the amazing opportunity not only to meet but work with such a ingenious and well respected (David Cronenberg) director in the Movie Industry. His decades of knowledge in dealing with the sinister politics in the movie industry is priceless infor for any Young talented actor. Mentored to realize it’s really “The Guy In The Mirror” you have to live with at the end of the day. Awards are great .. But they are not always a validation of true talent. Only popular vote.

I think sometimes we forget *critics are fans too. ..Oscars Noms :-)

Happy New Year AltFilm Admin. :-) Have a Great One.

I like these. I really want to see Holy Motors, Amour, and Zero Dark Thirty.