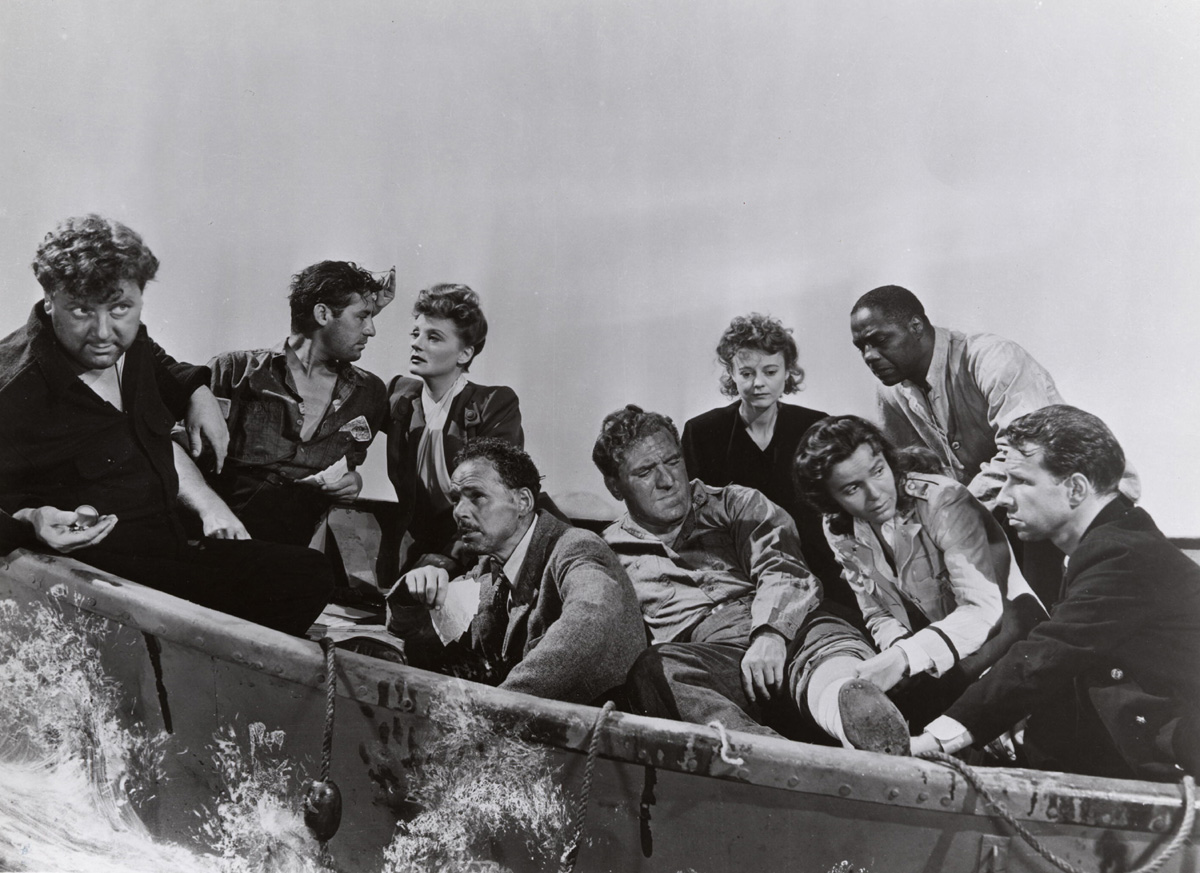 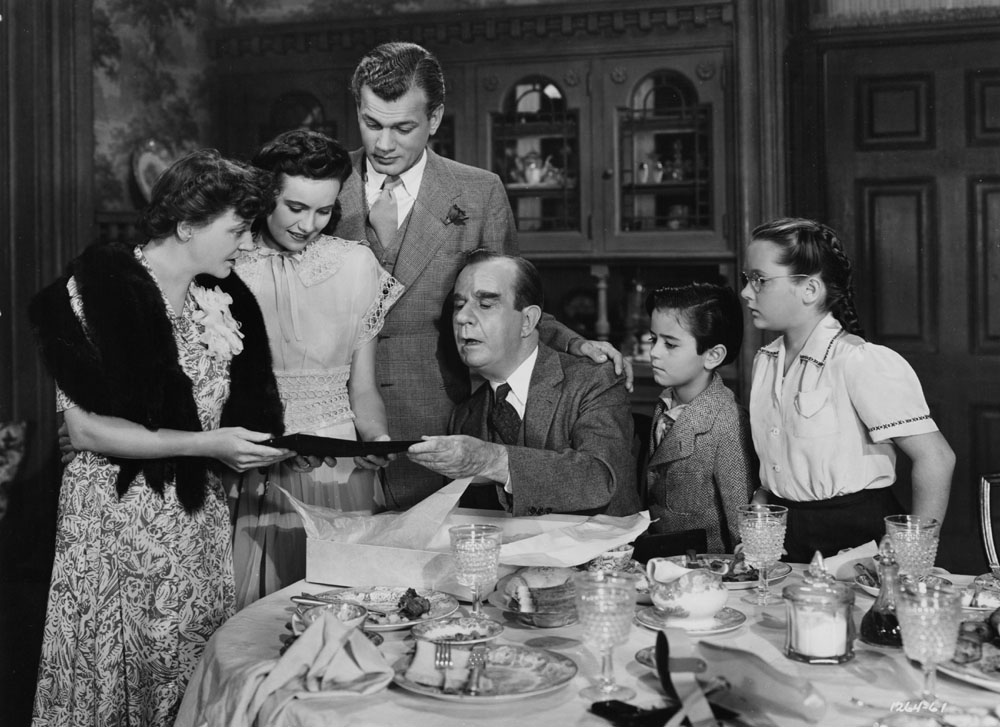 Even though I’ve never been a major Alfred Hitchcock fan, I do find the vast majority of his films at the very least watchable. A Hitchcock flick that I particularly like happens to be one of his least-renowned efforts, the 1944 adventure drama Lifeboat. So, it’s good to see that the Academy of Motion Picture Arts and Sciences will present both Lifeboat and Shadow of a Doubt, another lesser-known Hitchcock thriller, as part of its Gold Standard series and in conjunction with its Fourth Floor Gallery exhibition “Casting a Shadow: Creating the Alfred Hitchcock Film.”

The Hitchcock double bill – with new prints provided by the Academy Film Archive – will take place on Friday, April 18, at 7 p.m. at the Samuel Goldwyn Theater in Beverly Hills. 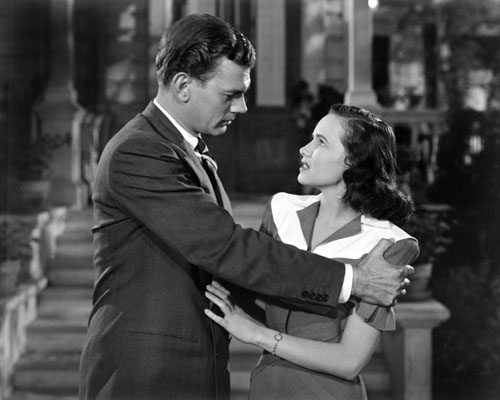 Shadow of a Doubt earned Gordon McDonell an Academy Award nomination for Writing – Original Motion Picture Story. (Thornton Wilder, he of the Americana-ese Our Town, co-wrote the final screenplay.)

Teresa Wright, Patricia Collinge (as Wright’s mother), and cinematographer Joseph A. Valentine were not nominated for Oscars – though they should have been. Also in the cast, Macdonald Carey, Henry Travers, and Hume Cronyn. 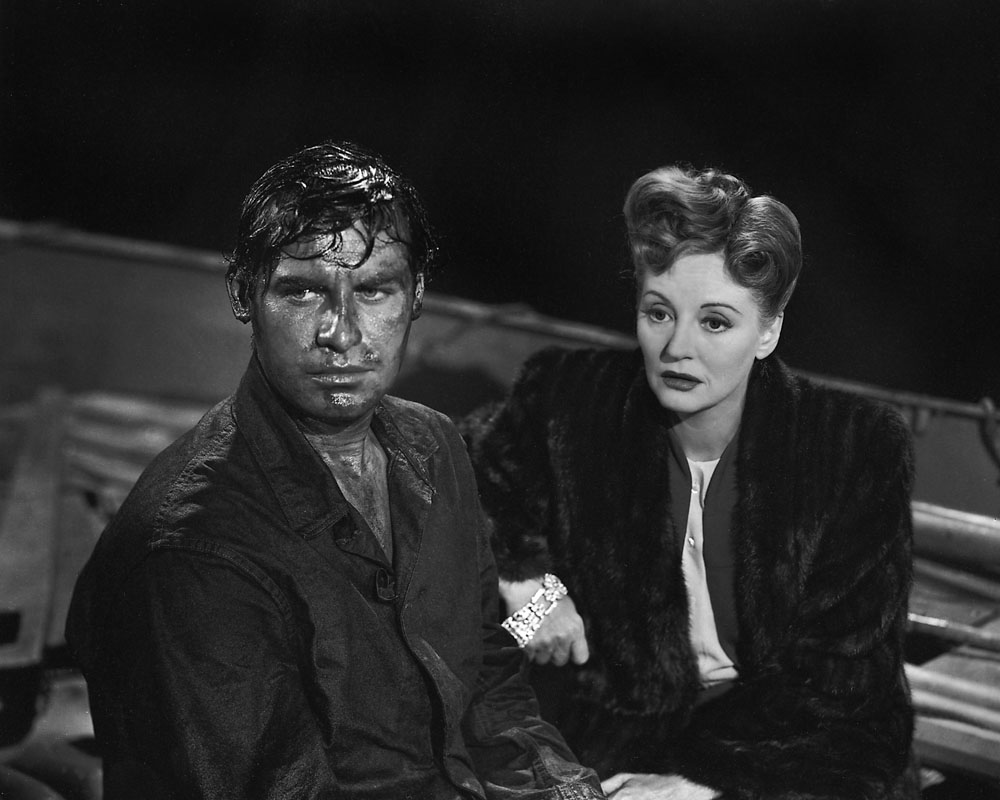 Set entirely on a lifeboat during World War II, the appropriately titled Lifeboat (1944) revolves around the various thorny relationships that develop among the survivors of a U-Boat attack. The ending is a tad too abrupt; the fun is in the sailing there.

The cast is nearly flawless, with the bejeweled, fur-clad Tallulah Bankhead (in a role made to order for a drag queen) and Walter Slezak (as the cunning Nazi) delivering especially flavorful performances. Also in the cast, John Hodiak, William Bendix (who, for once, is quite good), Hume Cronyn, Mary Anderson, Canada Lee, Henry Hull, and Heather Angel.

Lifeboat (1944) received Academy Award nominations for Black-and-White Cinematography (Glen MacWilliams), Directing (Hitchcock), and Writing – Original Motion Picture Story (John Steinbeck). Bankhead and Slezak were ignored by the Academy – though both should have won, respectively, the best actress and the best supporting actor Oscars that year. (Bankhead did win the best actress award from the New York Film Critics Circle.) 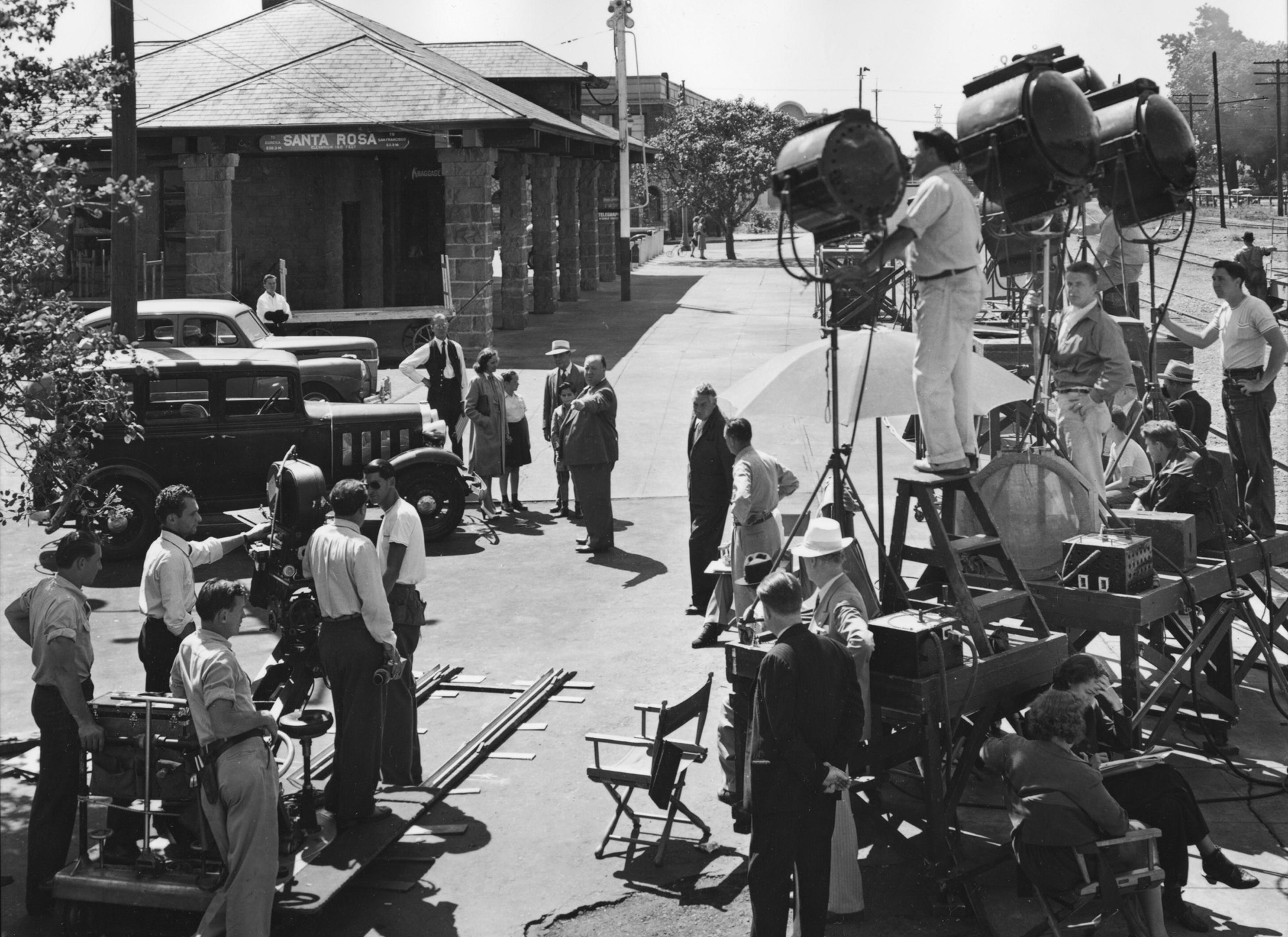 “Though Hitchcock [above, directing Teresa Wright in Shadow of a Doubt] presented himself as the sole author of his work,” reads the Academy’s press release, “the director was in fact a deeply collaborative artist, working intensely with actors, producers, cinematographers, screenwriters, editors, and production and sound designers to create what the public knew as ‘an Alfred Hitchcock film.’ Through film clips, drawings, photographs, paintings, storyboards and script pages from Shadow of a Doubt, Lifeboat and other Hitchcock classics, the ‘Casting a Shadow’ exhibition reveals how Hitchcock’s colleagues contributed critical ideas and how the films were crafted, sometimes frame by frame, as a collective enterprise.”

The Fourth Floor Gallery will be open for special viewing hours from 5 to 7 p.m. and after each screening.

Tickets may be purchased online at www.oscars.org, in person at the Academy box office, or by mail. One ticket gains admission to the screenings as well as the exhibition. Doors open at 6 p.m. All seating is unreserved. The Academy is located at 8949 Wilshire Boulevard in Beverly Hills. For more information, call (310) 247-3600.