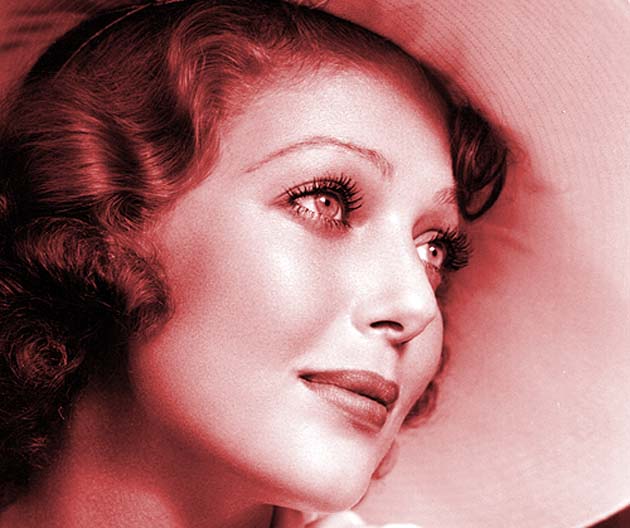 Turner Classic Movies is celebrating Loretta Young’s 102nd birthday today, Jan. 6. The Salt Lake City-born, Academy Award-winning actress can be seen in no less than ten films, most of them pre-Production Code fare released by Warner Bros. in the early 1930s. Young, who began her film career in a bit part in the 1927 Colleen Moore star vehicle Her Wild Oat, remained a Warners contract player from the late 1920s up until 1933.

Now, ten Loretta Young films on one day may sound like a lot, but one should remember that most Warner Bros. – in fact, most Hollywood – releases of the late ’20s and early ’30s were either B movies or programmers. The latter were relatively short (usually 60 to 75 minutes) feature films starring A (or A-/B+) performers, but made within strict budgetary constraints. For that reason, production values were usually subpar, though at least at Warners the films’ verve and audacity not infrequently made up for their visual blandness. (Check out: “Loretta Young Movies.”)

Ironically, during her years at Warner Bros., the traditionalist and devoutly Catholic Loretta Young starred in series of risqué – though at times ultimately reactionary – pre-Production Code melodramas and comedies, with titles such as Loose Ankles, The Truth About Youth, Play Girl, and They Call It Sin. Even more ironically, in real life Young found herself the star of her own risqué melo, as at age 22 she became pregnant with her married co-star Clark Gable’s child while they were filming The Call of the Wild in 1935.

So as not to have her film career destroyed, Young quietly gave birth to a daughter whom she later adopted. Subsequently known as Judy Lewis (Loretta Young married businessman Tom Lewis in 1940), Young’s daughter remained in the dark about her real father’s identity until the mid-1960s, several years after Gable’s death.

Nothing that dramatic takes place in Thornton Freeland’s Depression Era-themed Week-End Marriage (1932). In the film, a young couple nearly experience the disintegration of their marriage after the husband (Norman Foster) loses his job whereas the wife (Loretta Young) finds herself a good one. It’s just too bad that this is one of countless pre-Code movies that pretend to be “modern” and daring while espousing reactionary ideas; in this particular case, that a woman’s place is in the home.

And no, not every Hollywood movie was like that. Check out King Baggot’s The Home Maker (1925) and Herbert Brenon’s Dancing Mothers (1926), to name two – perhaps not coincidentally both starring Alice Joyce (who, unfortunately, retired from films at the dawn of the talkie era).

As an aside, Week-end Marriage leading man Norman Foster was at the time married to up-and-coming Paramount leading lady Claudette Colbert. A couple of months after their divorce in mid-1935, Foster tied the knot with one of Young’s sisters, Sally Blane, with whom he would remain married until his death from cancer in 1976.

More entertaining than Week-end Marriage is TCM’s follow-up Loretta Young film: Employee’s Entrance (1933). Lively directed by Roy Del Ruth – whose credits include the unjustly neglected 1931 version of The Maltese Falcon – this comedy-drama written by Robert Presnell Sr. (from a play by David Boehm), features Young as a young woman at the professional, emotional, and sexual mercy of her ruthlessly driven department store manager, played with the right mix of suavity and sleaze by Warren William. 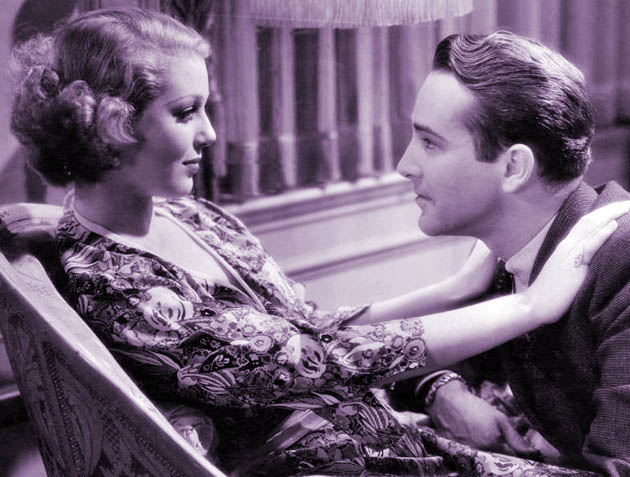 Loretta Young and David Manners in the pre-Code movie ‘They Call It Sin.’

William A. Wellman’s Heroes for Sale (1933) is one of Warner Bros.’ many socially conscious efforts released during the Depression Era. Veteran Richard Barthelmess, whose film career went all the way back to the 1910s (e.g., D.W. Griffith’s Broken Blossoms), stars as a World War I veteran who, after getting rid of his drug addiction, must fight an even more powerful evil force: unscrupulous capitalists – and the system that abets them.

Like so many of Warners’ Movies with a Conscience, Heroes for Sale is both a must-see – it’s shocking to see how little, in some respects, American society has changed in the last eight decades – and a disappointment, as the movie wallows in its own good intentions.

Wrapping up Loretta Young Film Day is Sam Wood’s The Unguarded Hour (1936), an MGM release in which Young becomes involved in both a murder case and a case of blackmail. Franchot Tone plays her husband. And make sure to keep an eye out for Aileen Pringle as the character Diana Roggers; a popular MGM contract player in the late ’20s, Pringle would later marry Mildred Pierce and Double Indemnity author James M. Cain (1944–1946).

Loretta Young won a (surprising) Best Actress Oscar for her performance in H.C. Potter’s light romantic comedy The Farmer’s Daughter (1947), beating odds-on favorite Rosalind Russell for Dudley Nichols’ film version of Eugene O’Neill’s Mourning Becomes Electra. She would be nominated a second time for playing a lighthearted nun in Henry Koster’s Come to the Stable (1949); she lost to Olivia de Havilland in William Wyler’s The Heiress.

Young’s film career came to an abrupt halt in 1953. She then switched to television, winning three Primetime Emmys for the anthology series The Loretta Young Show (a.k.a. Letter to Loretta), which ran 1953–1961.* (The straightforward sitcom The New Loretta Young Show lasted 26 episodes, 1962–1963).

There would be two brief TV-movie comebacks in the 1980s: Christmas Eve (1986) and Lady in the Corner (1989). For the latter, Young received a Golden Globe nomination for Best Actress in a Miniseries or Motion Picture Made for TV.

At a Los Angeles County Museum of Art screening of two episodes of The Loretta Young Show in the late 1980s, Loretta Young remarked that her ’50s TV hit had stood the test of time and should be colorized and released on video.

Young added that she had been invited to play Mother Teresa in a biopic of the (now controversial) Macedonian-born Catholic nun, but had turned down the role, asserting that it should go only to Mother Teresa herself, whom she doubted would be willing to switch careers.

She also lamented having turned down the part of the head nun in Ralph Nelson’s Lilies of the Field, a sentimental drama that earned Sidney Poitier the 1963 Best Actor Oscar. Nelson had also invited Bette Davis for the part that eventually went to Lilia Skala, who received a Best Supporting Actress Oscar nomination for her efforts. (The winner that year was Margaret Rutherford for Anthony Asquith’s The V.I.P.s.)

* Loretta Young won Primetime Emmys at the 1955, 1957, and 1959 ceremonies. She received an additional five Emmy nominations for The Loretta Young Show.

Uncut The Eagle and the Hawk + Alice Joyce & Clive Brook...

How many people in entertainment are described as ‘liberal actor’ by journalists? Just asking for a moderate friend.