Annette Bening is in the running for her performance as a lesbian wife/companion and mother in Lisa Cholodenko’s The Kids Are All Right. Julianne Moore plays her companion; Mia Wasikowska and Josh Hutcherson are her children.

Veteran Jeff Bridges has been nominated for his work as Rooster Cogburn in Joel and Ethan Coen’s Western True Grit, which had been previously filmed by Henry Hathaway in 1969, earning John Wayne an Oscar. Nicole Kidman is up for John Cameron Mitchell’s family drama Rabbit Hole.

Annette Bening’s husband, Warren Beatty, was also present at the Oscar Nominees Luncheon. (See below.) He didn’t take part in the group photo session because he wasn’t a nominee. 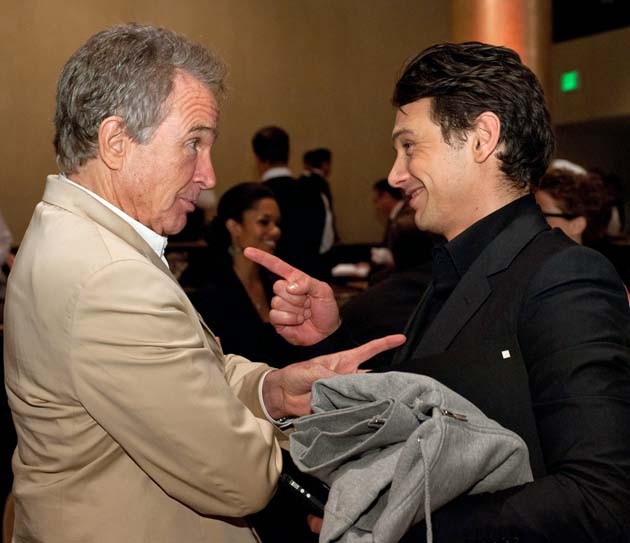 Warren Beatty and James Franco don’t seem to agree on which way is out at the Academy’ Oscar Nominees Luncheon. James Franco is a Best Actor contender for Danny Boyle’s real-life inspired drama 127 Hours, in which he plays hiker/mountain climber Aron Ralston. Franco will also be co-hosting the Academy Awards ceremony with Anne Hathaway. As mentioned above, Warren Beatty isn’t up for any Oscars, but wife Annette Bening is a Best Actress nominee for The Kids Are All Right.

Warren Beatty has been nominated for 14 Academy Awards, including four as Best Actor (Bonnie and Clyde, Heaven Can Wait, Reds, and Bugsy). His other nominations were in the Best Picture (as one of the nominated film’s producers), Best Director, and Best Screenplay categories. Besides his Best Director win for Reds, Beatty also took home the Irving G. Thalberg Memorial Award in 2000. 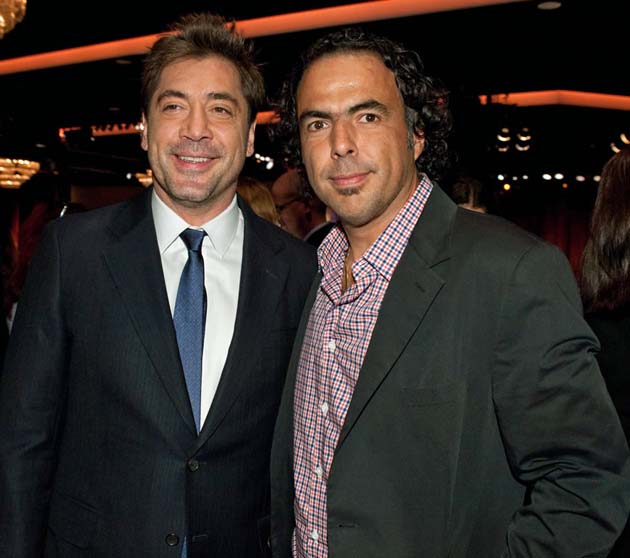 Javier Bardem and Alejandro González Iñárritu are seen above enjoying the biutiful life. Bardem is a Best Actor nominee for his performance in Biutiful, which is also in the running in the Best Foreign Language Film category. González Iñárritu, whose credits include Amores Perros and Babel, directed the socially conscious drama that has been doing quite well at the North American box office.

Javier Bardem won the 2007 Best Supporting Actor Oscar for his performance as a murderous psychopath in Joel and Ethan Coen’s No Country for Old Men. He had been previously nominated for Julian Schnabel’s Before Night Falls (2000).

González Iñárritu was a Best Director nominee for Best Picture contender Babel (2006), which also earned him a nomination as one of the film’s producers. 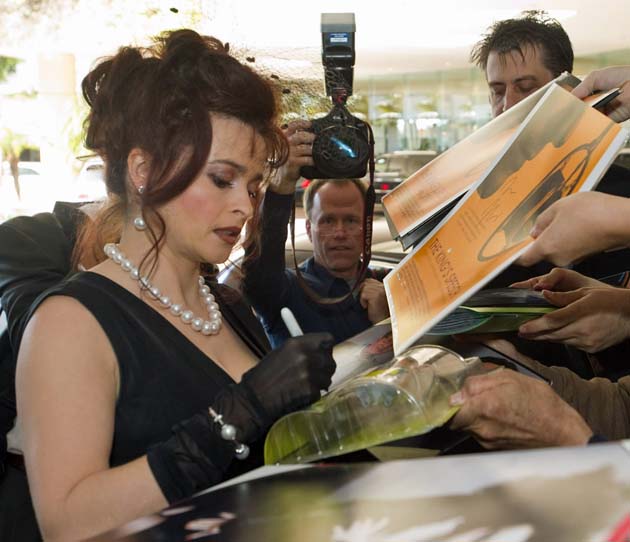 Helena Bonham Carter signs autographs at the Academy of Motion Picture Arts and Sciences’ 2011 Oscar Nominees Luncheon, held on Monday, Feb. 7, at the Beverly Hilton Hotel in Beverly Hills. Bonham Carter is a Best Supporting Actress Academy Award nominee for Tom Hooper’s period drama The King’s Speech, which was shortlisted in a total of 12 categories.

Helena Bonham Carter had been previously nominated in the Best Actress category for another period drama, Iain Softley’s arthouse entry The Wings of the Dove (1997). That year, she lost the Oscar to Helen Hunt for James L. Brooks’ box office hit As Good as It Gets.

This year, The Fighter‘s Melissa Leo has won most of North American critics’ awards. Leo also walked away with the Screen Actors Guild Award.

Below is a partial list of Helena Bonham Carter films.

This year’s other Best Supporting Actress Oscar nominees are:

The 2011 Academy Awards ceremony will be held on Sunday, Feb. 27, in Los Angeles. 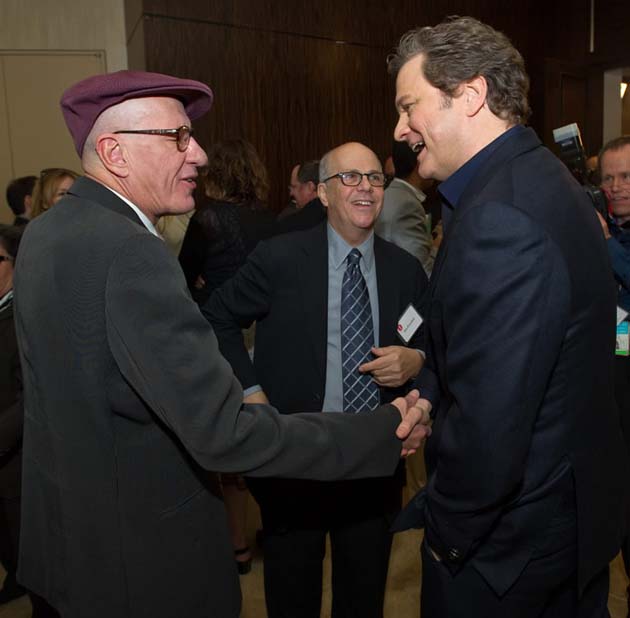 Geoffrey Rush and Colin Firth at the Oscar Nominees Luncheon.

The King’s Speech actors Geoffrey Rush and Colin Firth shake hands at the Academy’s 2011 Oscar Nominees Luncheon. Rush and Firth were both nominated for Tom Hooper’s period drama written by David Seidler and based on real-life events. Firth is in the running for Best Actor; Rush is up for the Best Supporting Actor Oscar.

Colin Firth was nominated last year for A Single Man. He lost to Jeff Bridges in Scott Cooper’s Crazy Heart. Bridges is also in the running this year, for Joel and Ethan Coen’s True Grit. 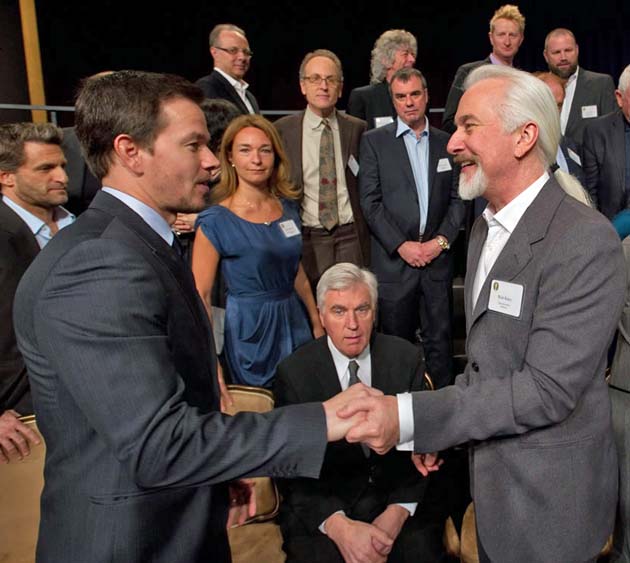 Make-up artist Rick Baker has taken home six Academy Awards. This year, he’s in the running again – along with fellow make-up artist Dave Elsey – for Joe Johnston’s costly box office flop The Wolfman. (July 2015 update: Baker – once again for a werewolf movie – and Elsey were the winners of the 2011 Best Make-Up Oscar.)

Below is the full list of Rick Baker’s Oscar wins.

This year, Mark Wahlberg is an Oscar nominee for the David O. Russell-directed boxing drama The Fighter – not as the film’s lead, but as one of its producers (along with David Hoberman and Todd Lieberman).

In the Best Actor category, Wahlberg was bypassed by the Academy. In fact, he was the only The Fighter star not to be shortlisted in the acting categories – Amy Adams, Melissa Leo, and Christian Bale are all in.

Below is a list of several Mark Wahlberg films released in the last few years.

The 2011 Academy Awards ceremony will be held on Sunday, Feb. 27, in Los Angeles. 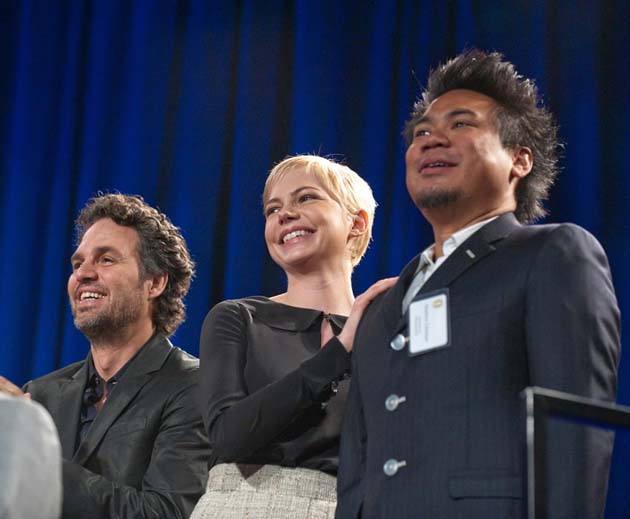 Mark Ruffalo is a Best Supporting Actor nominee for Lisa Cholodenko’s The Kids Are All Right, co-starring Annette Bening and Julianne Moore. 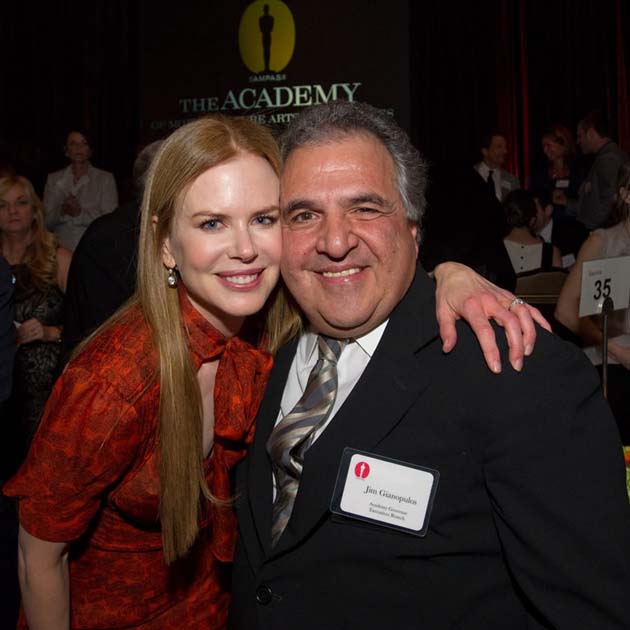 Nicole Kidman and Fox Filmed Entertainment chairman James Gianopulos are pictured above at the Academy of Motion Picture Arts and Sciences’ 2011 Oscar Luncheon in Beverly Hills on Monday, Feb. 7.

For her performance as a mentally unstable ballerina opposite Barbara Hershey, Mila Kunis, Vincent Cassel, and Winona Ryder, Portman is considered the runaway favorite.

As for James Gianopulos, he wasn’t nominated for any Academy Awards, but he is a member of the Academy’s Board of Governors.

The 2011 Oscar ceremony will be held on Sunday, Feb. 27, in Hollywood. Top contenders include Tom Hooper’s The King’s Speech and its stars, Colin Firth, Geoffrey Rush, and Helena Bonham Carter. 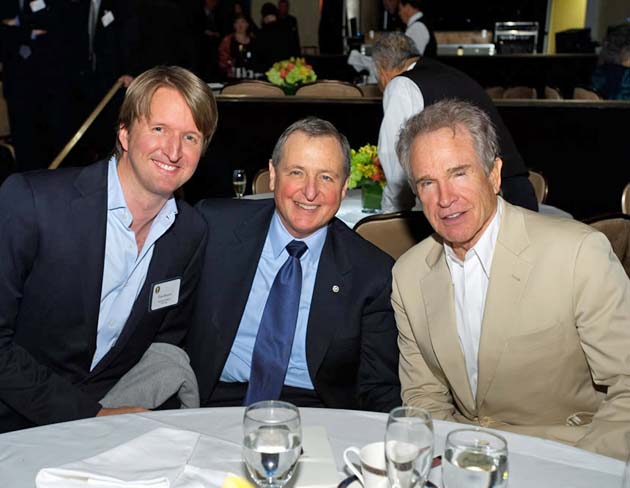 Tom Hooper, Academy President Tom Sherak, and Warren Beatty are seen above at the Academy’s Oscar Nominees Luncheon. Tom Hooper is a Best Director nominee for The King’s Speech.

Warren Beatty wasn’t nominated for anything this year, though, as mentioned above, his wife Annette Bening is up for the Best Actress Oscar for The Kids Are All Right, co-starring Julianne Moore, Mark Ruffalo, Mia Wasikowska, and Josh Hutcherson. To date, Beatty has received four Best Actor Oscar nominations:

Additionally, he took home the Best Director Oscar for Reds.