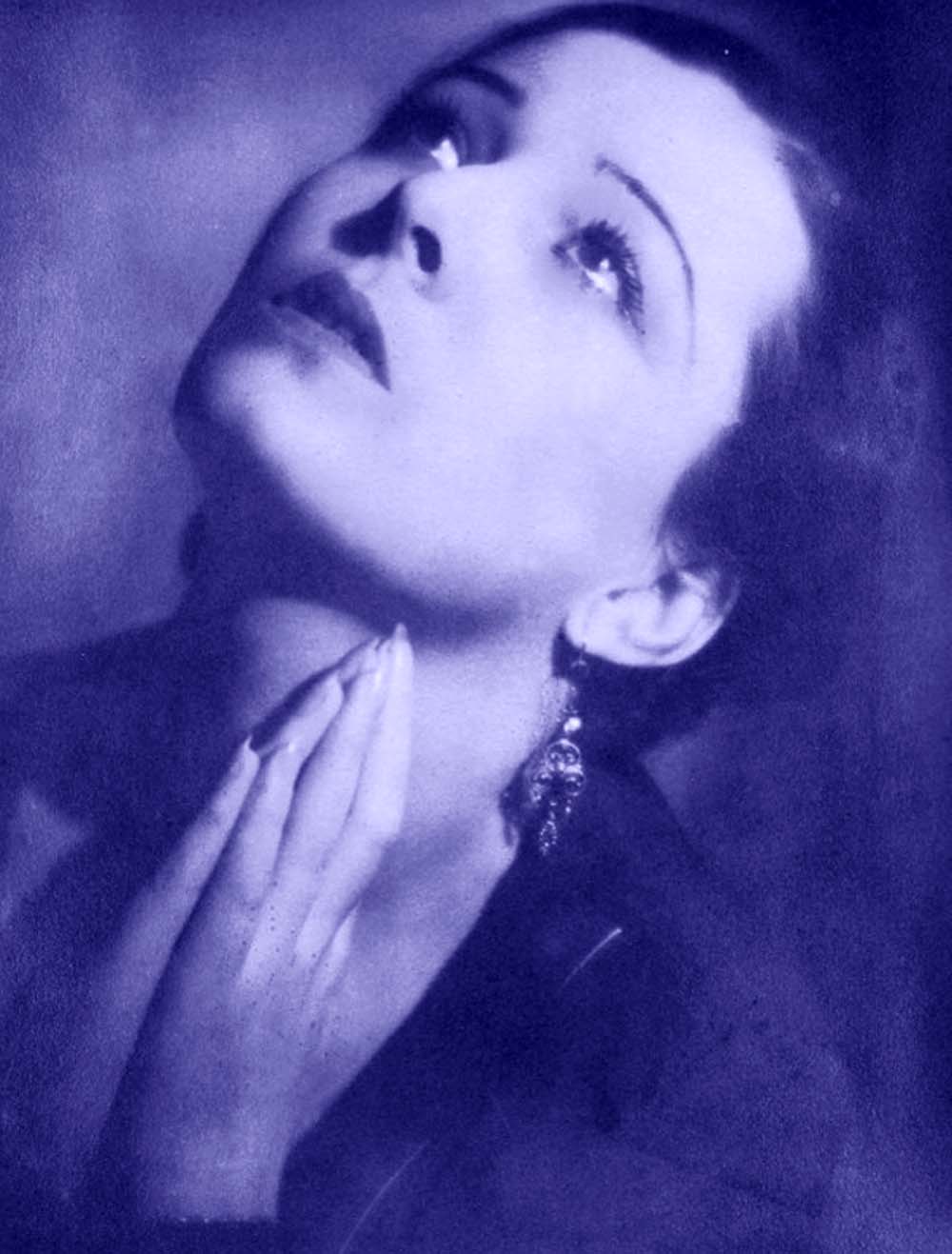 Mexican actress Lupita Tovar, best remembered for the Spanish-language version of Dracula and for starring in the first Mexican talkie, Santa, turned 103 years old on July 27. Tovar was born in 1910 in the city of Oaxaca, the capital of the Mexican state of the same name.

In an interview with author Michael G. Ankerich (Mae Murray: The Girl with the Bee-Stung Lips) published on Ankerich’s site Close-ups and Long Shots, Tovar recalled her brief foray as a silent film actress at Fox (several years before it became 20th Century Fox): “Silent films were wonderful because you didn’t have to worry about your dialogue. You could say whatever you felt. We had music on the set all the time. It was absolutely wonderful.”

Unfortunately for Tovar, whose English was quite poor, that was right at the time movies were learning to talk. According to the IMDb, she was seen – apparently in bit parts – in only a couple of silents, both 1929 releases: Raymond Cannon’s Joy Street, featuring Lois Moran and Nick Stuart, and Emmett J. Flynn’s The Veiled Woman, featuring Brazilian import Lia Torá and Paul Vincent.

Lupita Tovar’s English-language Hollywood career didn’t go very far after Fox dropped her. She then moved on to Universal, which had a thriving unit specializing in the production of Spanish-language versions of the studio’s output. Her most notable effort at Universal was Drácula (1931), directed by silent era filmmaker George Melford, and featuring Carlos Villarías in the title role (played by Bela Lugosi in the English-language original), Tovar in the Helen Chandler role, and the Argentinean Barry Norton (born Alfredo Carlos Birabén) in the David Manners role.

At that time, Lupita Tovar also began making movies south of the border. Eventually nicknamed “The Mexican Sweetheart,” Tovar enjoyed a personal success with the first Mexican talking feature, Santa (1932), directed by the Spanish-born former Hollywood star Antonio Moreno. The film sounds like a precursor of the Mexican melodramas of the ’40s and ’50s, with Santa (Tovar) as a naive young woman who, after having an affair with a soldier (Donald Reed), is kicked out of her small town. She later becomes a cynical woman, torn between two men: an arrogant bullfighter (Juan José Martínez Casado) and a blind pianist (Carlos Orellana).

All in all, Lupita Tovar was featured, whether in big or small roles, in only about 30 movies from 1929 to 1945. Among those were Tempestad sobre los Andes / Alas sobre el Chaco (1935), the Spanish-language version of Storm over the Andes – both movies were directed by veteran Christy Cabanne and featured Antonio Moreno (Mona Barrie had Tovar’s role in the English-language version); and actor-director José Bohr’s Marihuana (1936), also featuring Barry Norton.